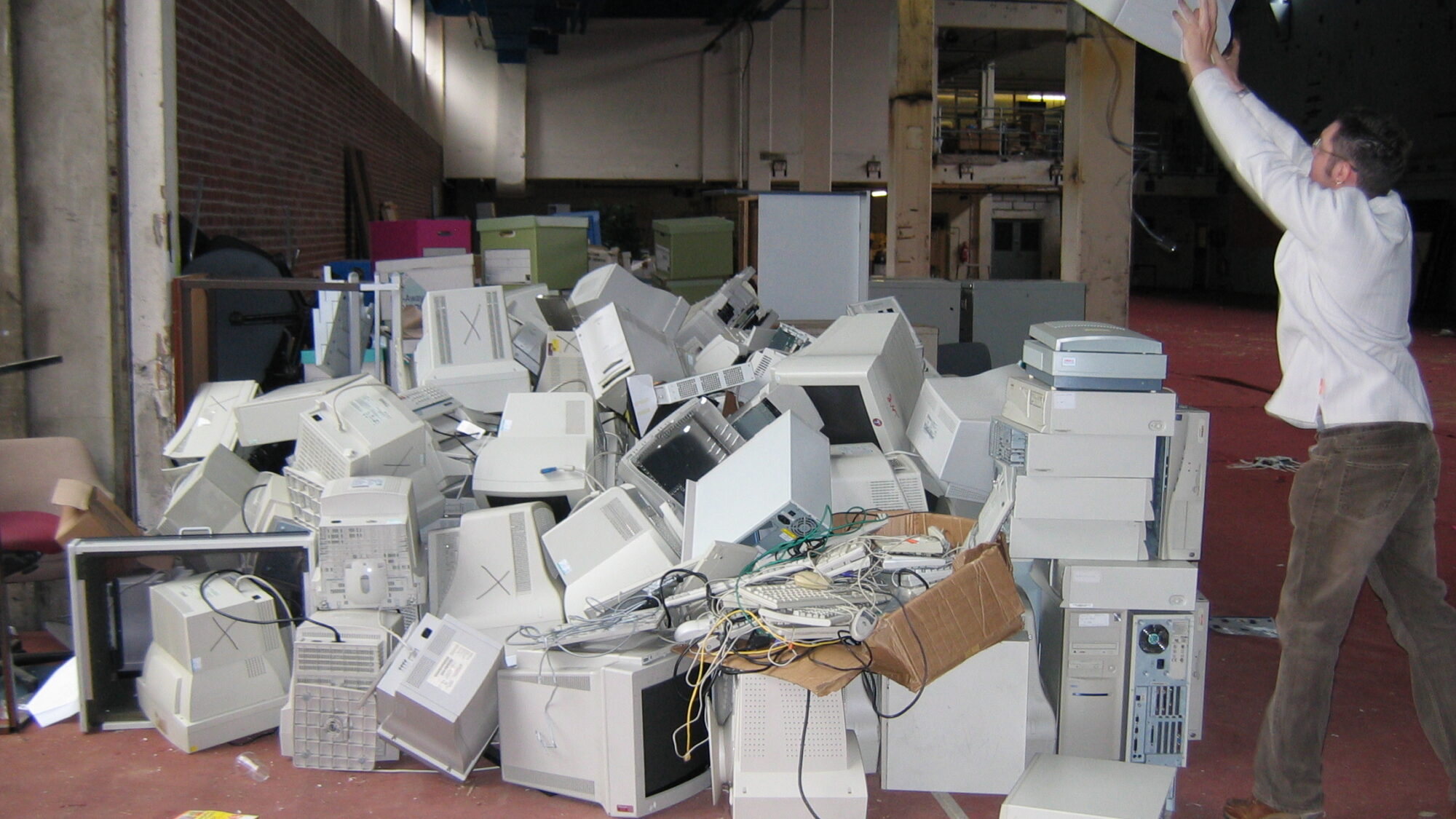 Whoops… After re-directing the HTTP router port onto the backup server last night whilst I upgraded the main server I forgot to direct it back which is why the site may have looked a little out of date the past few hours! As you may have guessed the server upgrade went according to plan if not quite as smoothly as intended (cloning a Linux installation isn’t as straightforward as I expected) and by 11 pm last night I’d burnt off four shiny new DVDs using K3b (running under Gnome). As I wanted my DVD drive to be region free I managed to find a great site that provides hacked versions of the official firmware. Amazingly they even have a program to flash it from Linux and my drive gained the added bonus from going from being able to write at 8x speed to 12x (DVD)! Effectively in the end you get a higher spec drive for a lot less.

I thought today I’d have a bit of a rant about computer waste. Having dumped a couple of tonnes of old and broken kit recently at work (see pictures below) it was struck home to me the rate at which we must be filling up land-fill sites. If a computer’s average lifespan is 2-4 years then already there must be a huge number of them awaiting decommission around the world and even if they work they are practically useless to anyone and have no monetary value. Companies can’t even give them away because of electrical safety and data protection issues!

At this rate, you can imagine that we’re going to have some major disposal problems before long (some places already do). As ever I imagine that this problem will be ignored like everything else until it’s staring us in the face with refuse collection outlets being no longer able to take the stuff. Recycling seems like an obvious solution but if it costs more to recycle something than it does to produce something new then few are likely to go down that route. It’s a rather bleak outlook on this front.

If you thought that was interesting… 😉 why not head over and download the latest episodes of Samurai 7 which I’ll be watching tonight probably.