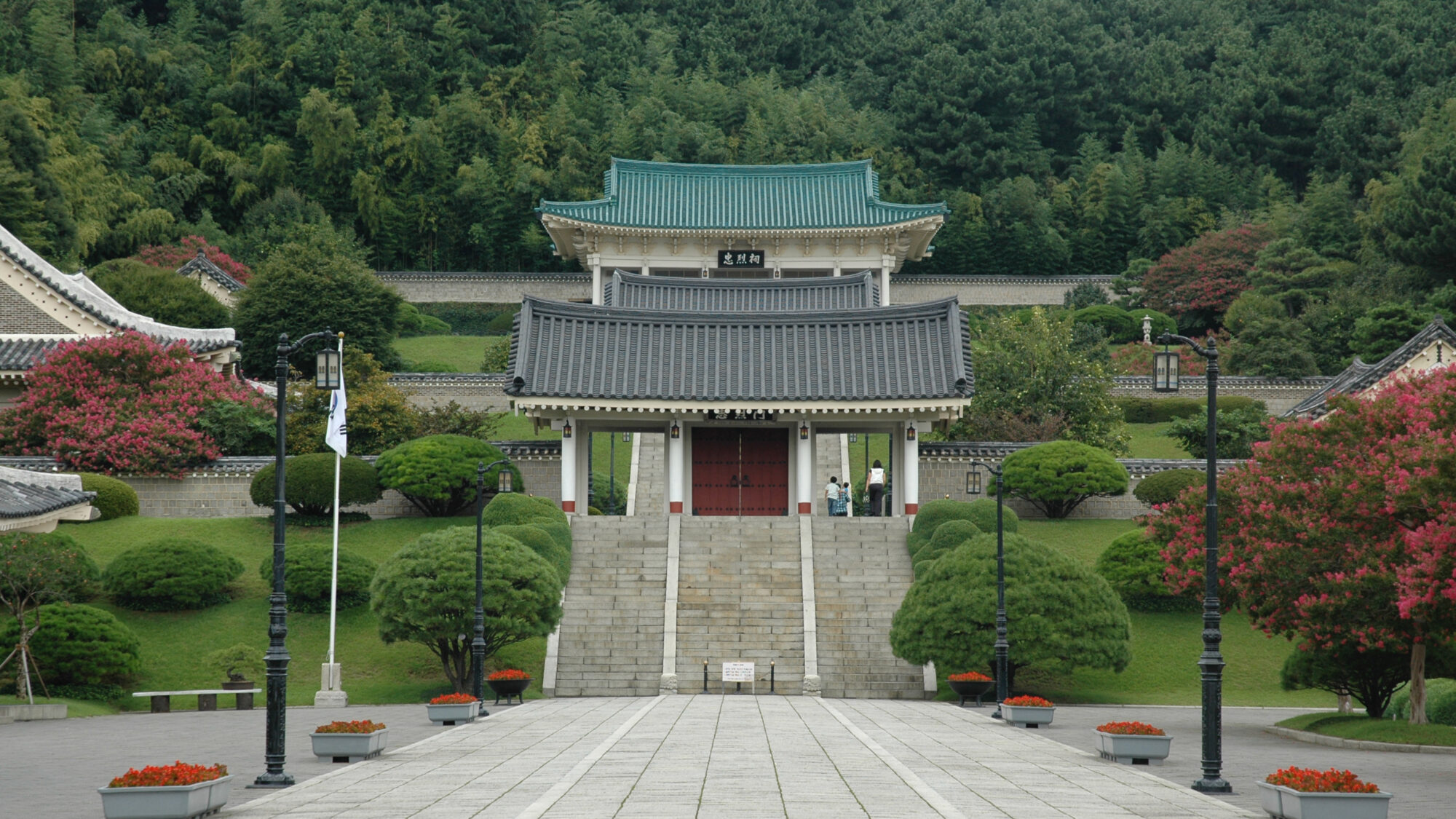 Having been running around Korea like a crazed manic the previous week I decided to take Sunday a little slower (at least that was the original plan). Late morning I headed to Chungnyeol Shrine, “where the spirits of the patriotic martyrs in Busan region, who have bravely fought against the Japanese troops in the battles under the Japanese Invasion of Korea in 1592 and died heroic deaths, are enshrined.” You probably get the picture, just a hint of anti-Japanese fervour here!

…along with some massive fish but surprisingly few people. One of the benefits of travelling in Korea is that you generally don’t seem to find massive hordes of foreign tourists at the big sites (even less at the small ones) which can make for a much more enjoyable experience. The only downside is that, as an Englishman, you’ll probably be mistaken for being American due to their large military presence in the country! Putting this right is an obvious priority, but I digress… 😉

The shrine is set into the side of a hill on tiered levels with various halls, monuments, displays, and well-manicured gardens. If you fancy a traditional Korean wedding ceremony they’ll also lay one on (for a measly 100,000 won/£50). Being visibly surrounded by the city, the shrine almost feels like the last place of sanctuary from the ever-encroaching urban jungle – the polarised differences couldn’t be more striking and perhaps places like these are good for finding a sense of reality outside the controlled chaos…

On a lighter note – To those in Korea happy Chuseok (harvest festival)! To those in China happy Mid-autumn festival! Be sure to eat lots of moon cakes and watch the sky tonight 🙂