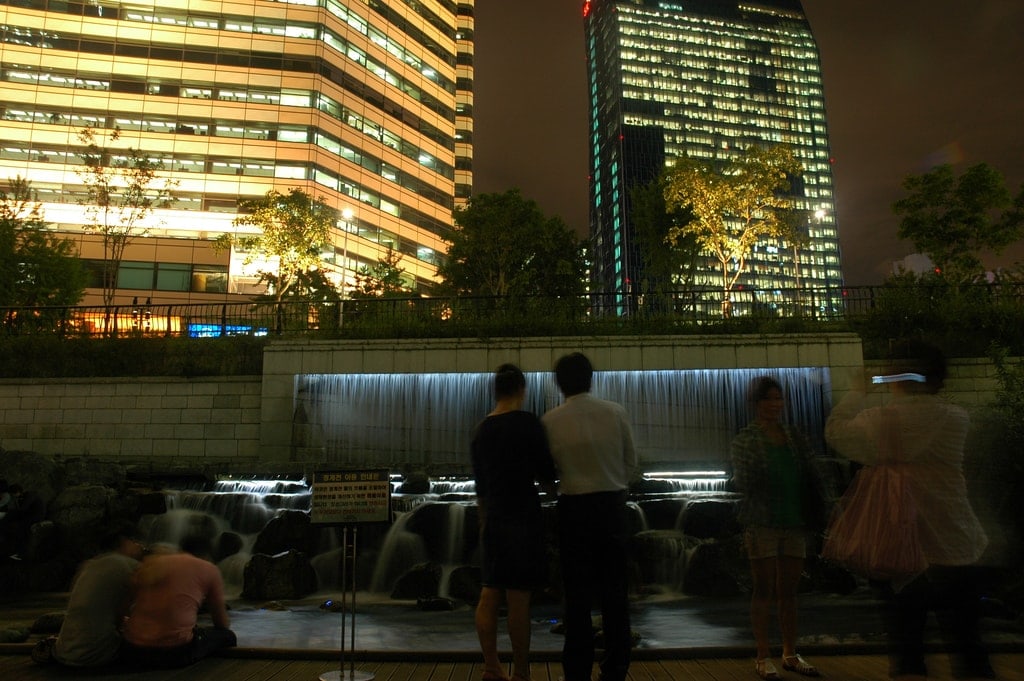 One of the many interesting places to take a stroll in Seoul is Cheonggyecheon Stream situated right at the heart of the city centre. Until its controversial restoration in 2005 the stream was entombed in concrete with an elevated highway running over the top and had almost dried up. After being uncovered a series of unique bridges, stepping stone crossings, and waterfalls have been created which look spectacular at night. I headed down there on Monday evening with my Gorillapod to take a few pics and enjoy the warm evening atmosphere. The area was teeming with rather sickly couples (some even wearing matching his & hers outfits) but other than that it was very pleasant. 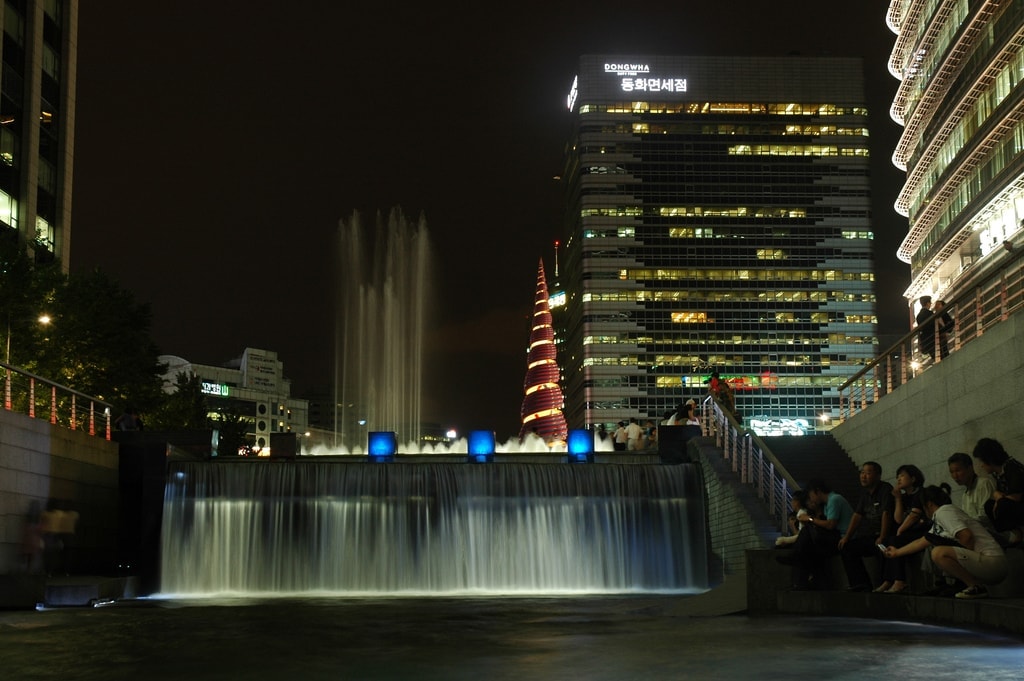 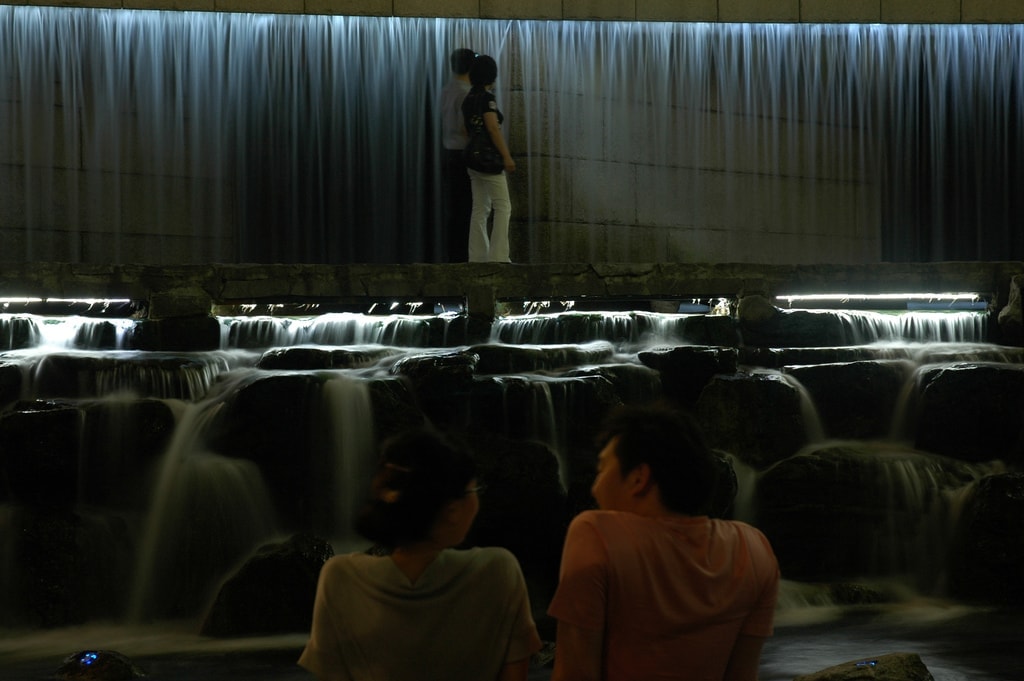 There are many places of interest to see along the stream including,  Deoksugung Palace, Seoul Plaza, the Sejong Center, Insa-dong street, the Changdeokgung Palace, and Changgyeonggung Palace.