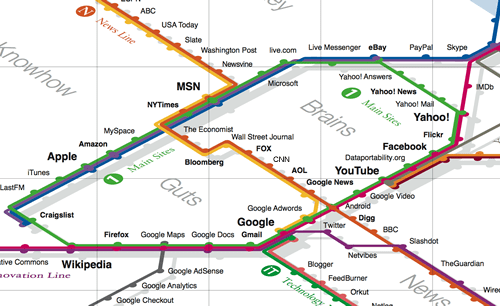 Last year Information Architects Japan released the very cool 2007 web trends map. They’ve just posted a “sneak peak” of the new version for 2008 and, whilst it retains the previous general look and feel, it’s even better than before! Now presented using an isometric layout based on the Kantō region as its geographic metaphor the map shows some interesting ideas with Dataportability.org already making an appearance and Google’s Android getting pride of place in Akihabara, the otaku mecca.

I’ll be looking forward to seeing the final full-sized version.