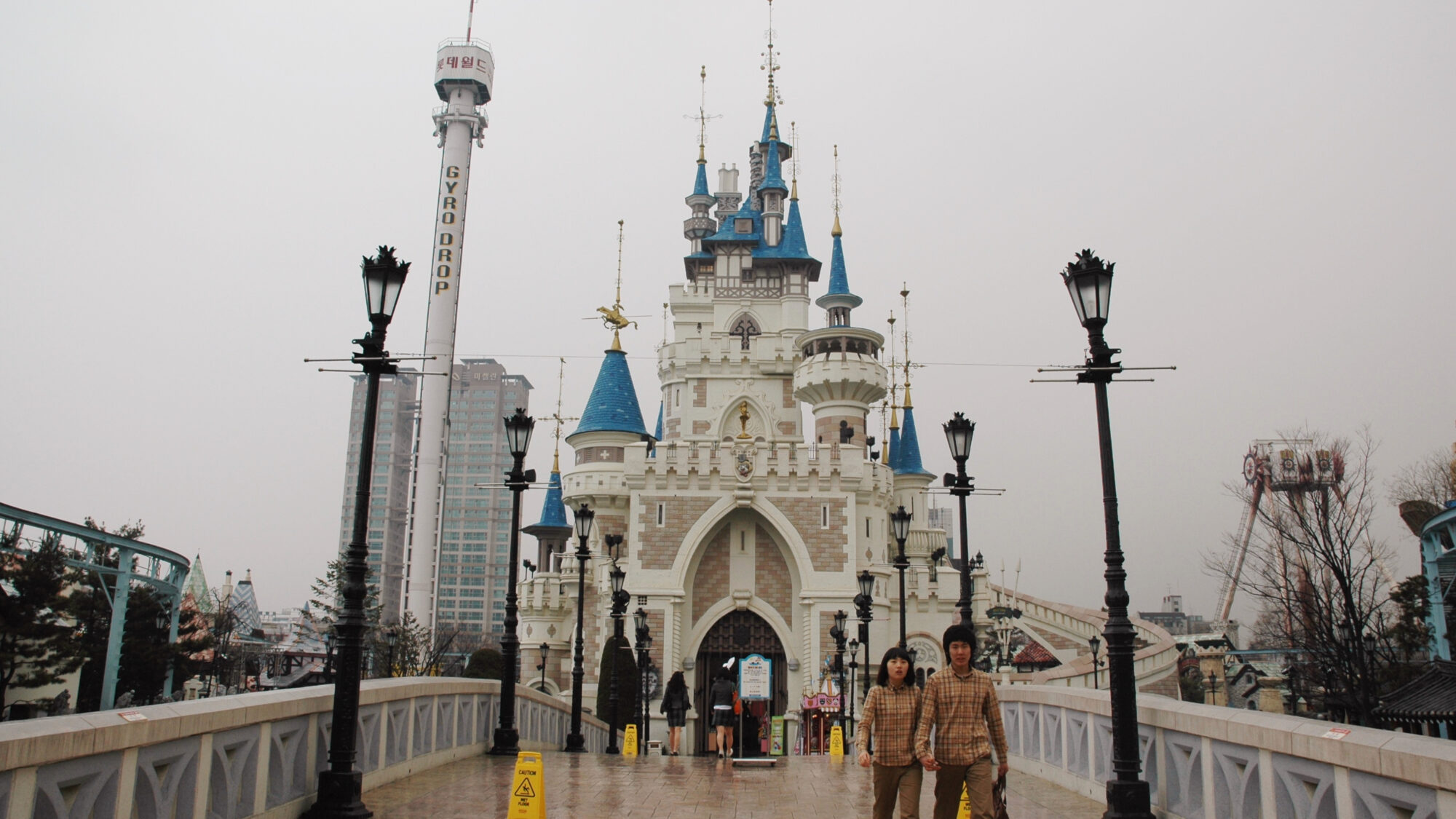 Lotte World, which opened in 1989, is South Korea’s homegrown answer to Disney Land and shares with it many of the same iconic themes to the degree that you have to wonder how they get away with it. The one big difference is that most of the theme park is housed indoors in an enormous enclosure making it the largest of its type in the world (ranked 7th overall worldwide for attendance). Whilst I can’t admit to being a huge fan of theme parks I do like some of the more extreme rides so on my first full day in Seoul I hopped on the subway and headed over to Jamsil to see what all the fuss was about.

First impressions: This place is off the scale for audacious design, it’s simply massive. With its own ice rink in the centre, monorail and “hot air” balloons travelling around the ceiling amidst the various themed sections and rides you can’t help but be impressed. My friend claims that the car park for the entire complex (including hotel and shopping mall) has over 50,000 spaces but I can’t help but think this is a little exaggerated!

The rides indoors are a bit of a mixed bag, most are quite enjoyable if a little tame for my tastes – the more extreme ones can be found in the outdoor “Magic Island” section of the park where favourites include Atlantis, Gyro Drop and the Gyro Swing. Just as we were about to board the ride car of Atlantis, an Intamin AG Aqua Trax coaster (the only one of its type in the world), my friend casually noted that someone had been killed on the very same ride a couple of years ago really put me at ease. I figured at a cost of $30m and being Swiss-engineered it should probably be safe by now! 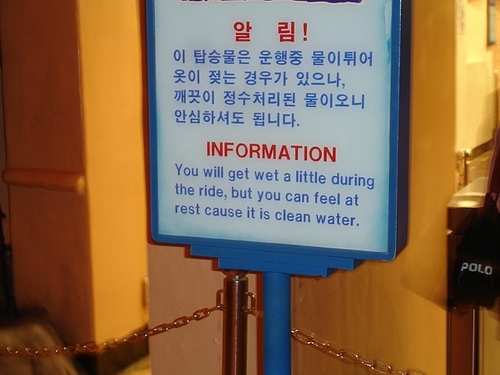 Overall a fun day out, made even more amusing by the sickly couples here who go around wearing matching outfits (see top photo) and the comical double hand waves of the staff (see here and here) who must all be suffering from RSI by now!

…I decided to opt for a light lunch that day!