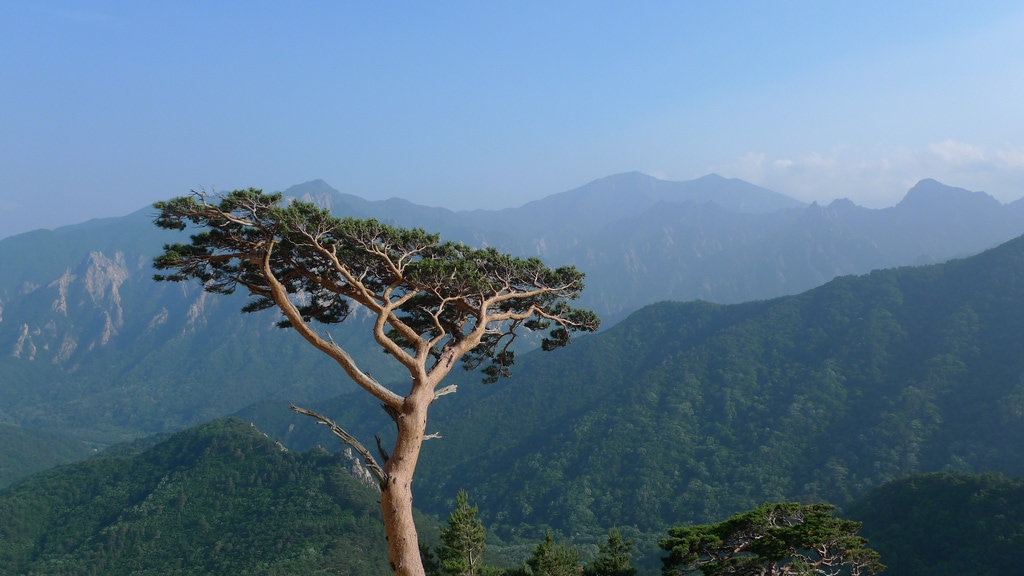 Sokcho (속초) is a small city on the northeast coast of South Korea along the 38th Parallel, in close proximity to North Korea. While the city in itself doesn’t have much to attract visitors (think 1970’s grey apartment blocks) the nearby Seoraksan National Park (설악산) is renowned for being one of the most beautiful in the country. I took a trip to see for myself…

After a comfortable 2.5-hour bus journey from Seoul, I arrived late morning at the nondescript Express Bus Terminal in Sokcho and immediately caught a local bus (No. 7 or 7-1) to the entrance of the National Park, 20 minutes away. The park has a variety of routes which are well-marked and a visitors centre with plenty of information.

Along the hiking path, I choose there were a number of temples perched on the valley sides with spectacular views of the surrounding mountains. They were reminiscent of Beomeosa Temple in Busan. From bustling urban megalopolis to zen-like tranquillity when coming from a city like Seoul, the contrast couldn’t be much bigger.

The route I choose took me up to the impressive-looking Ulsanbawi (울산바위) rock formation. From here there are over 800 steps which lead you up to the summit, partially up a rather dangerous-looking metal ladder.

After 5+ hours of hard scrambling, nourishment was sorely needed. Heading back into the city I had Makguksu (막국수) ice-cold noodles for dinner. The buckwheat noodles are topped off with seaweed, white Baek kimchi, spicy red Mu kimchi and half an egg for a delicious combination. The photo above shows you what it looks like before the ice is added.

Before heading back to Seoul the next day I had a wander along the beach which on a weekday was completely empty except for a few old ladies who were diving for seafood. For outdoor enthusiasts, Sokcho is well worth a visit.