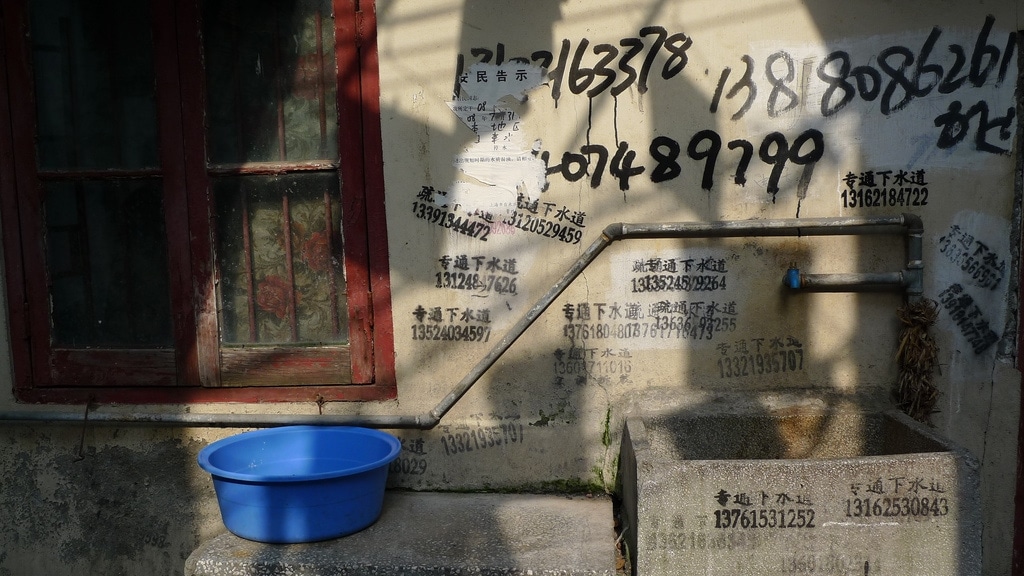 In China a lot of business is done below the radar in the informal sector but while these businesses may be faceless their advertising is not. Littering the pavements and walls of almost anywhere you go you’ll find gazillions of stickers and stencilled signs bearing mobile phone numbers with a short description of the services offered. Most are borderline if not downright illegal. The government employ people full time just to try and clean them off but its an impossible and endless task.

A quick perusal of some in my local vicinity with someone to help translate turned up the following services: Many of these activities seem to be a direct consequence of the incredible bureaucracy of the government who require people to follow horrendously complex processes with copious volumes of even more complex forms to do even the simplest things (whilst at each step earning a tidy profit to administer it all). Added to this a large and relatively poor migrant population and the conditions are fertile for this kind of activity. If my experiences with getting a residence / work permit were any indicator of the norm I’d almost be tempted to call them myself! 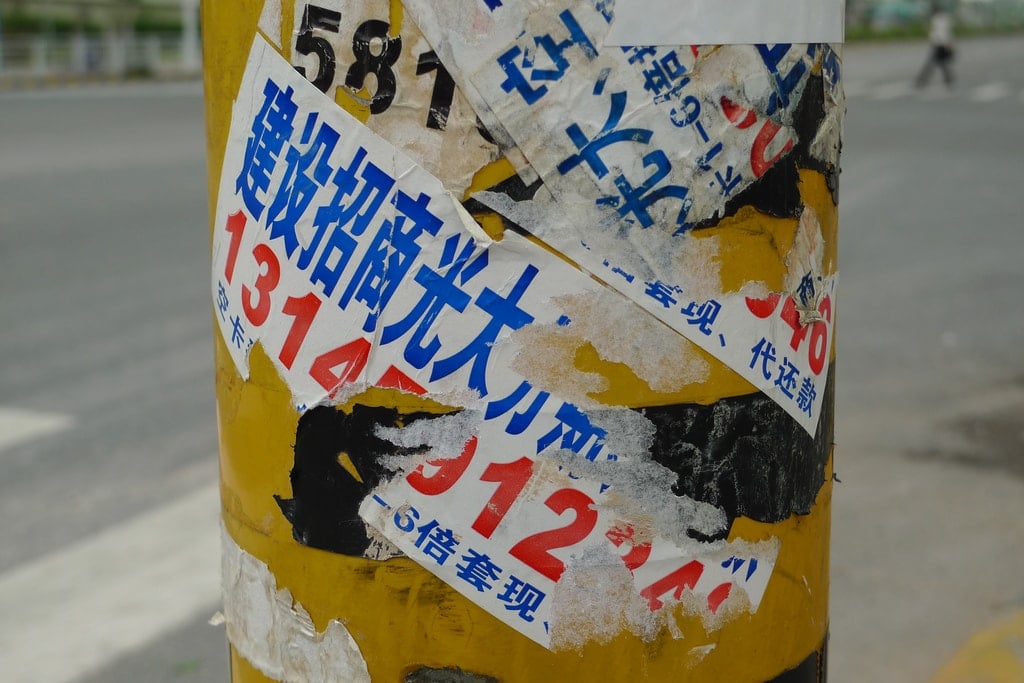 China has a household registration system called “Hukou” which is required for a person to work legally in a given city. It’s basically used by the government to try and ensure structural stability of the population and keep tabs on people the Party classes as politically dubious. Transferring your Hukou to another city or province is a major headache and is generally considered unfair and responsible in part for creating the poor underclass which further explains why a black market has grown up around it. 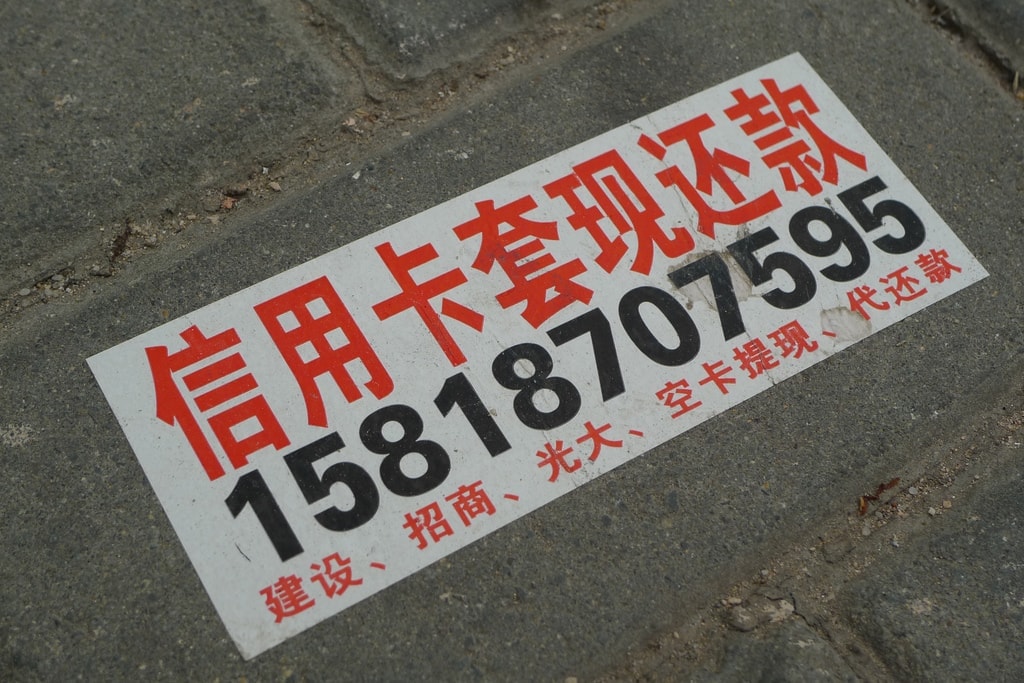 You’ll also notice people standing on the streets squawking “Fa piao, fa piao, fa piao!” to everyone who passes. This literally means “invoice” (of the fake variety) which they will be happy to sell you for a fraction of their real value (typically about 3% apparently). In China invoices are usually given as pre-paid tax receipts which businesses require to claim back on their expenses. By buying fake ones you can effectively claim back on money you never spent in the first place. Highly illegal but evidently commonplace.

The many layers in China’s society are quite facinating and no doubt the above is just the tip of the iceburg in terms of dodgy goings on. If I wake up one day in a bathtub full of ice and my kidneys missing then I’ll probably have scratched too far 😉