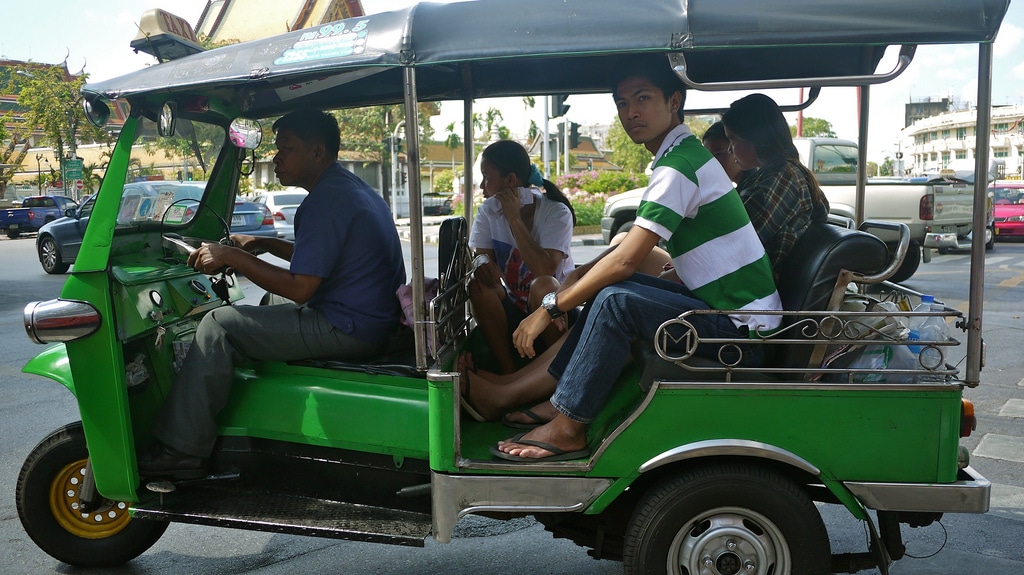 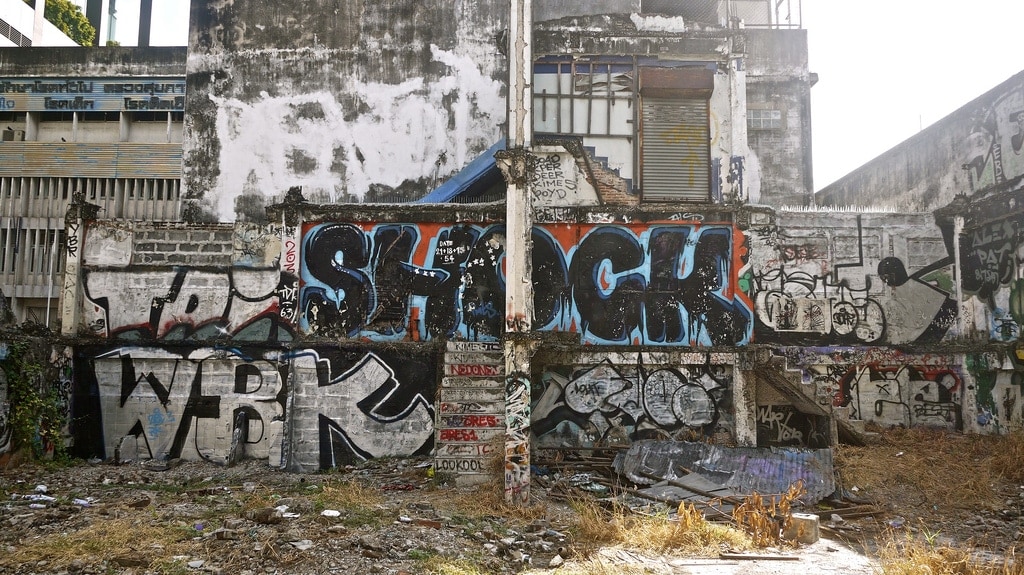 Arriving late on a Saturday night I headed straight to my accommodation in the Phaya Thai (พญาไท) district and had a quick bite for dinner. The next morning I took the BTS Skytrain (Bangkoks elevated rapid transit system) to Ratchathewi station (ราชเทวี – when pronounced sounds a lot like ratatouille!) in search of the Khlong Saen Saeb canal. The surrounding neighbourhood here seemed to be a bit run-down but there were some interesting old houses along the canal bank and some particularly cryptic looking graffiti. An express canal boat service operates on the Saen Saeb, providing fast and inexpensive (if a somewhat smelly) transportation through traffic-congested central Bangkok. I hopped on at Sapan Hua Chang and stayed on till the terminal stop of Panfa Leelard – be sure not to dawdle when boarding/disembarking since these guys don’t hang about! The service has a checkered reputation, due to the polluted water in the Khlong and the haphazard nature in which the service is operated. The boats are equipped with little curtains to prevent you getting splashed by the dirty water but that doesn’t help the ticket collectors who clamber around on the outside of the boat, ducking at bridges, as it barrels down the canal at full speed! 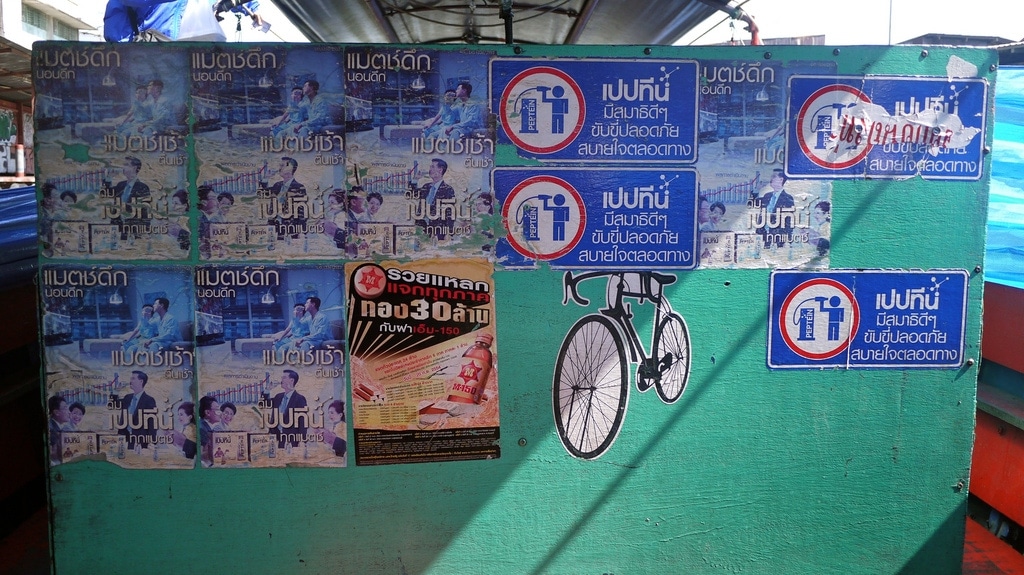 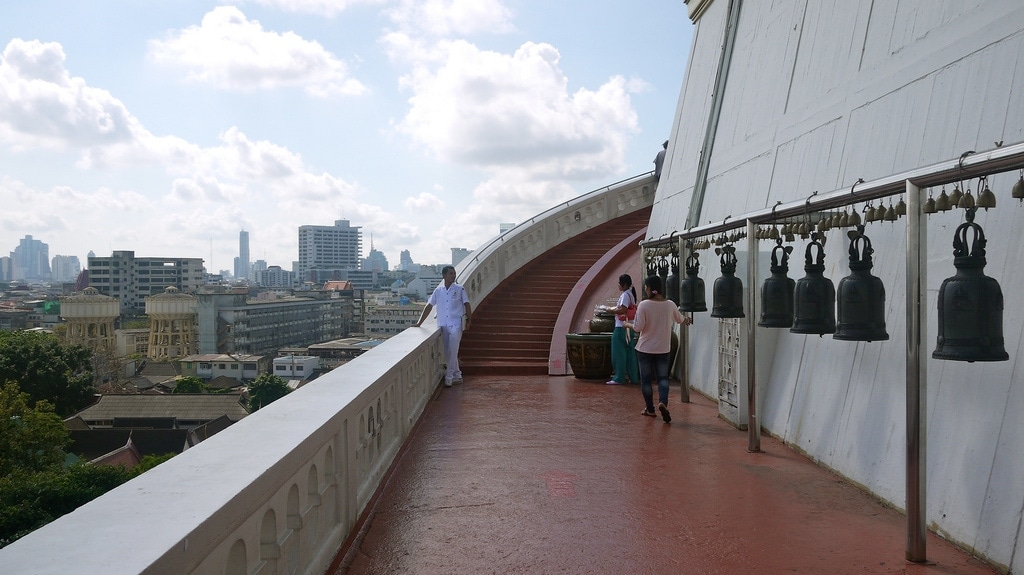 A spiral staircase of 318 steps leads from the ground to a terrace and shrine-room with a string of bells along the way for pilgrims to sound. 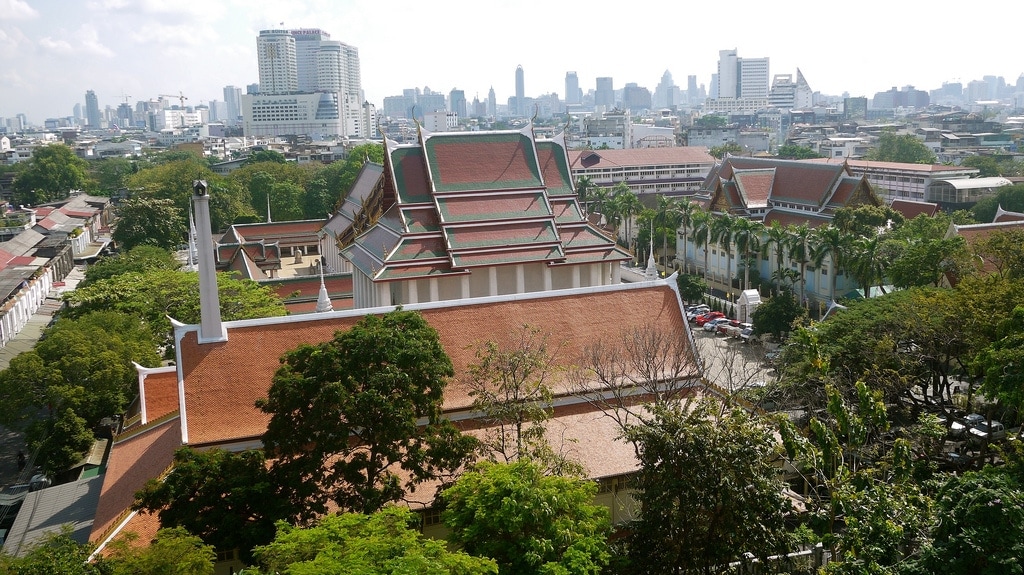 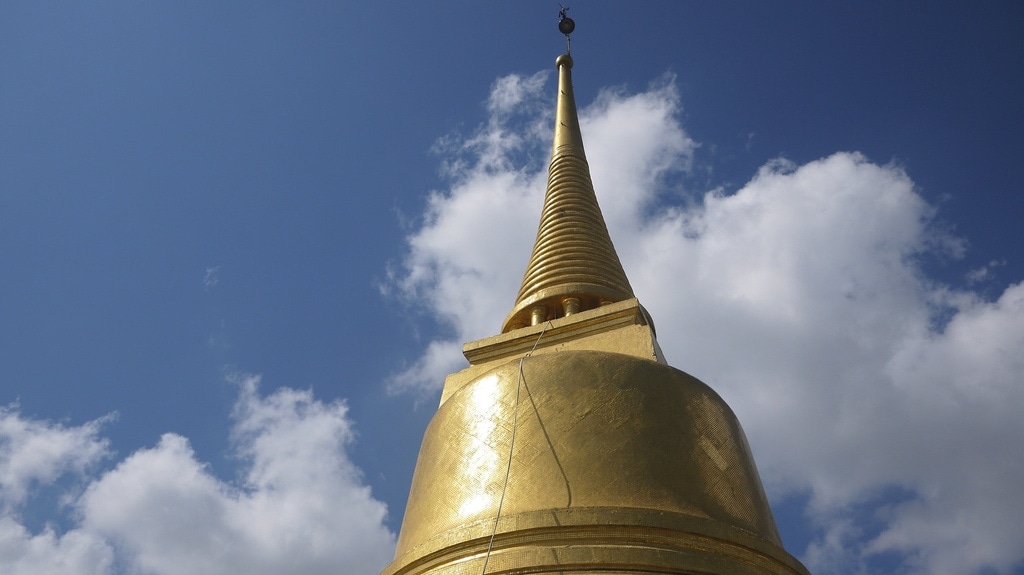 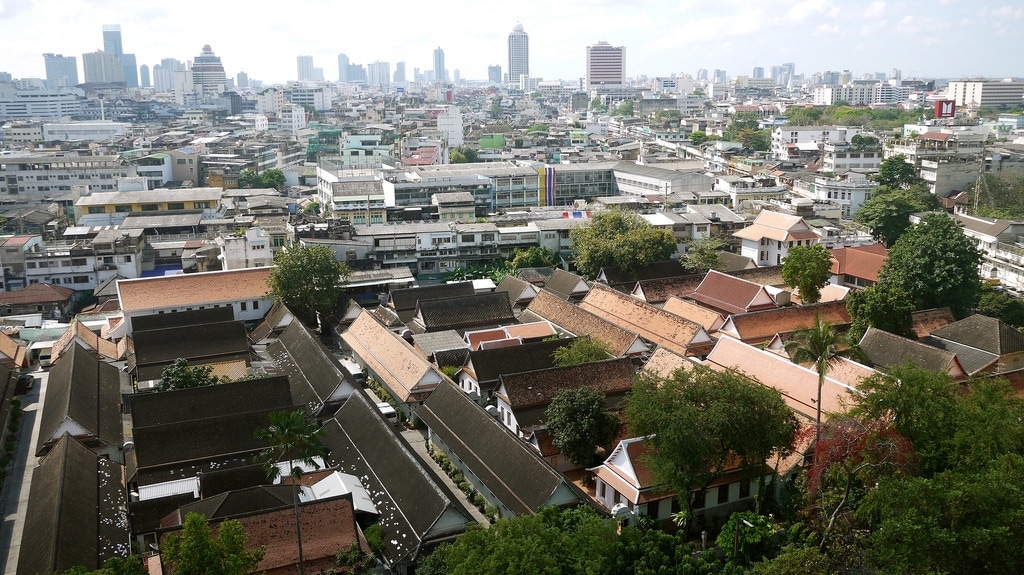 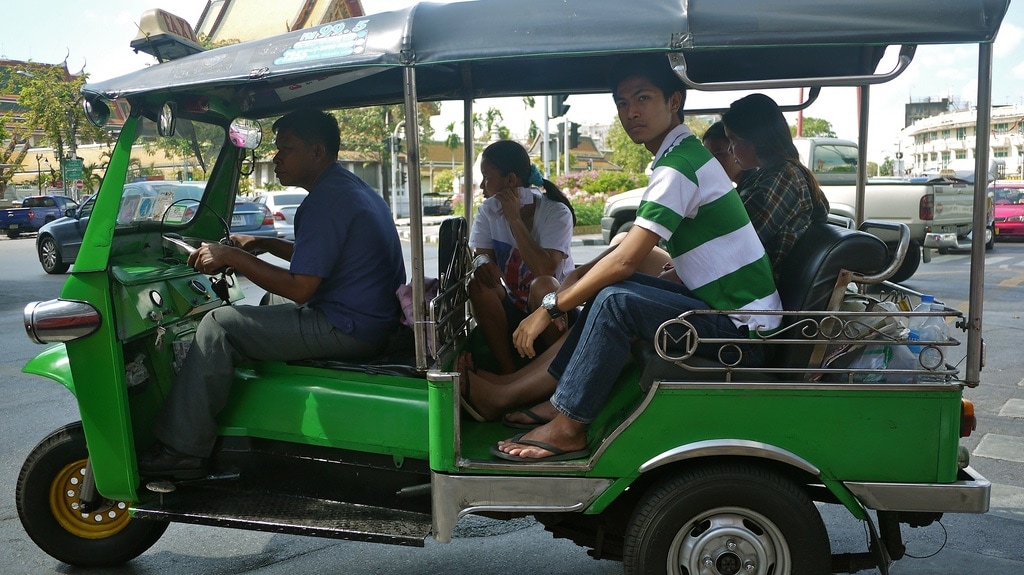 When crossing the road in Bangkok be sure to make sure you’re not in the path of one these three-wheeled devils; a tuk-tuk (ตุ๊กตุ๊ก – pronounced “took-took”) which sounds a lot like its name. More on these in a later post. 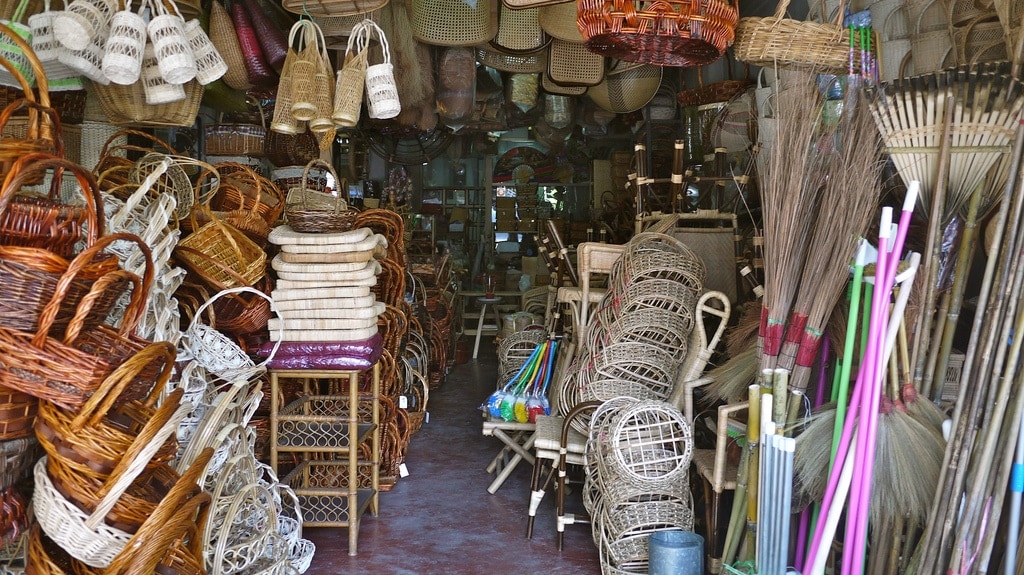 I had lunch in a small cafe/restaurant next to the city hall which was open on one side to the street. 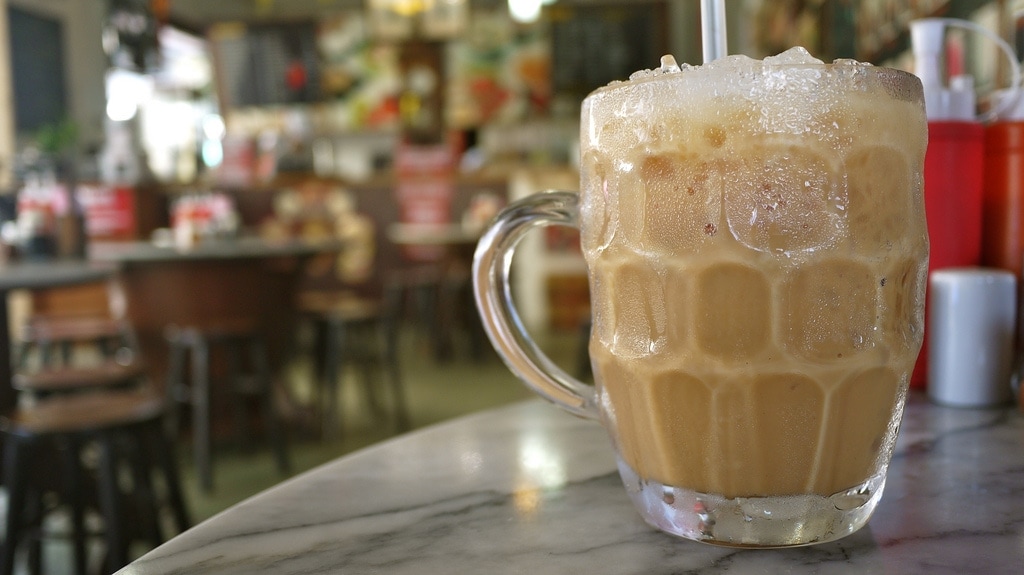 The food wasn’t much to talk about but the Thai ice milk tea (ชาเย็น) was excellent. Similar to Hong Kong it’s made from strongly brewed black tea sweetened with sugar and condensed milk then served chilled. 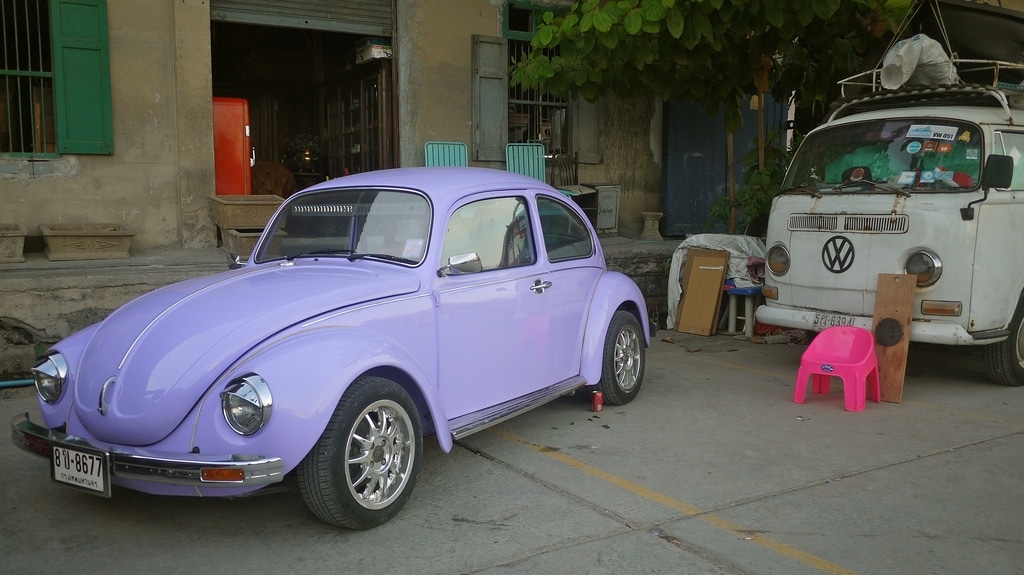