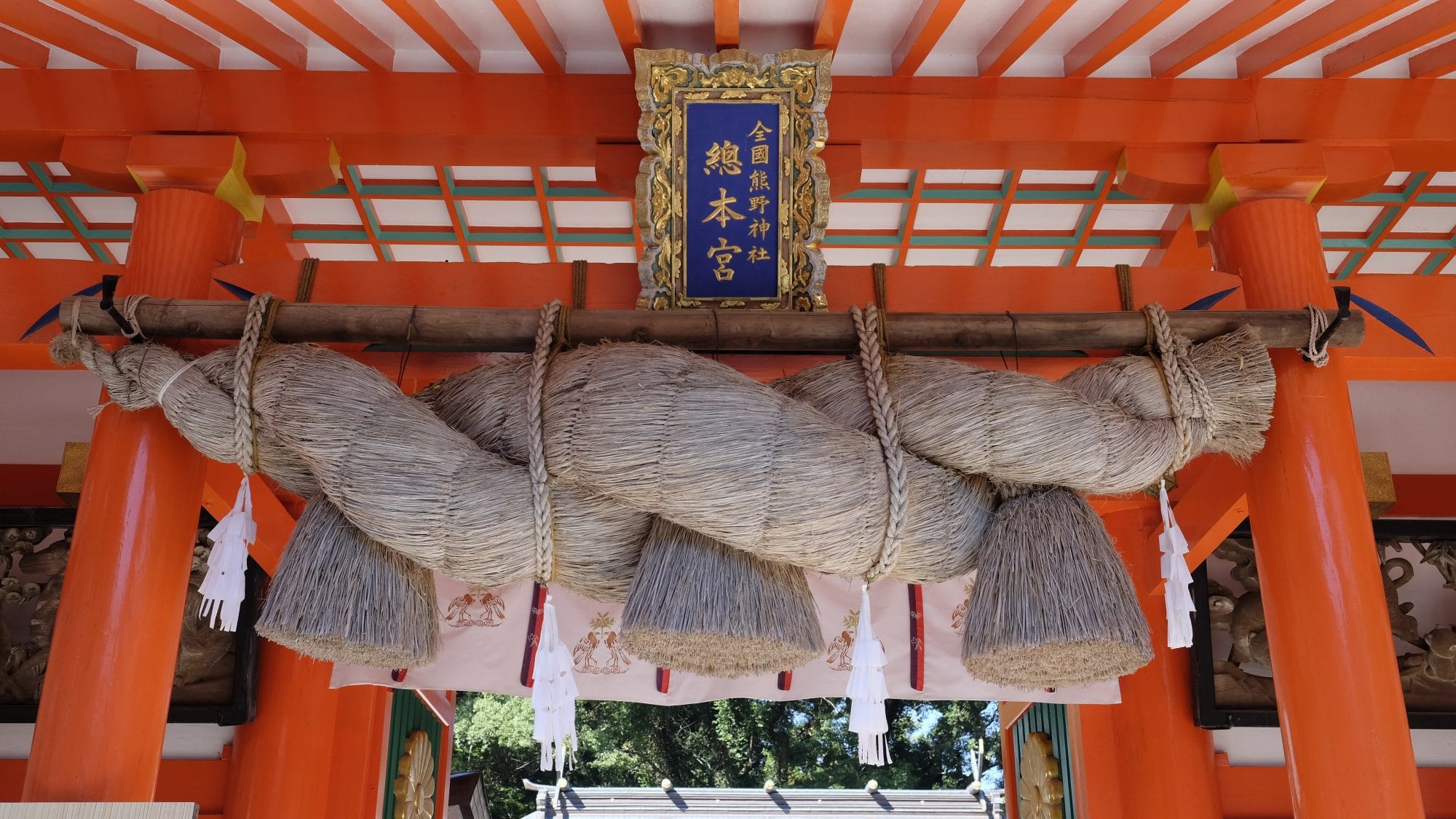 My final day on the Kumano Kodō was spent travelling down to Shingū (新宮市), a small city on the southern coast of Wakayama. Instead of hiking, I took a traditional boat down the Kumano-gawa River as pilgrims have been doing for centuries.

Leaving the minshuku after breakfast, I took the 8.50am bus from Yunomine Onsen to the Hitari (日足) bus stop beside the Kawabune Center (熊野川川舟センター) where the boat tours are organised from. Boats depart at 10 am and 2.30 pm each day but be sure to book in advance. 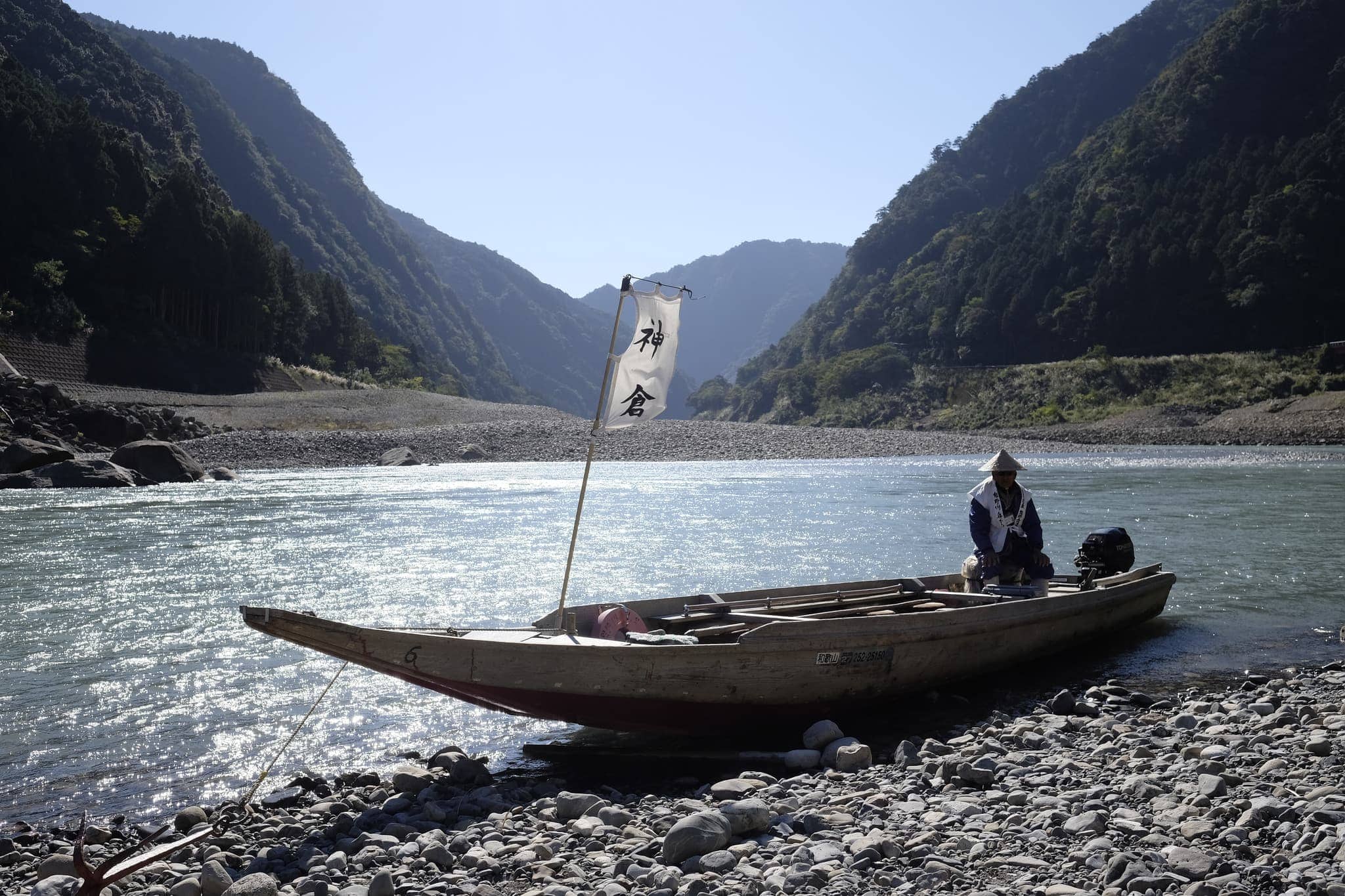 Having donned life jackets and straw hats, our group was ushered to the wooden flat-bottom boat waiting on the water’s edge. Including the guide and skipper, there were 8 people in total. 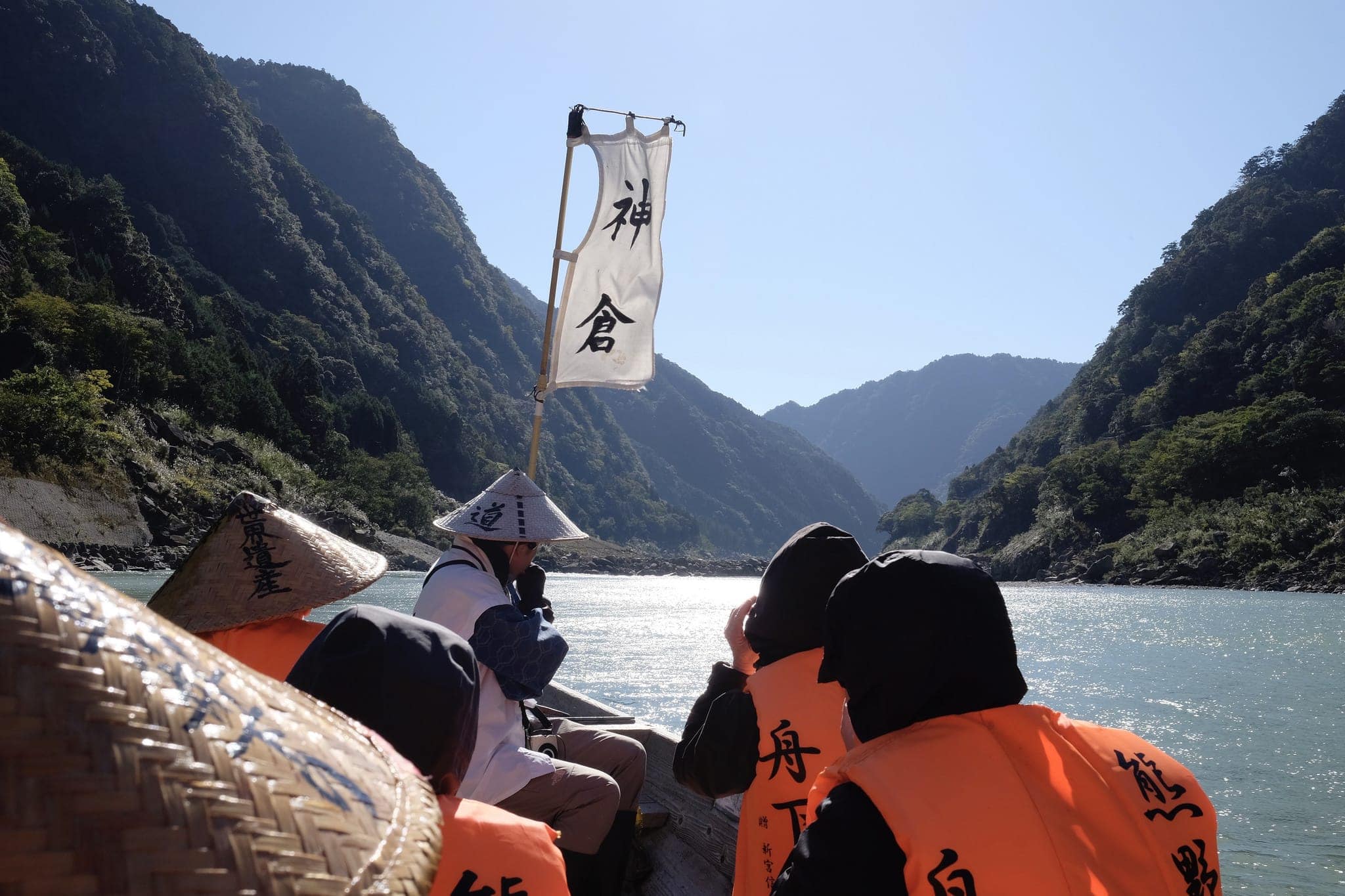 Our guide pointed out various waterfalls and rock formations along the river bank in both Japanese and English as well as playing a traditional flute at one point to illustrate a story. 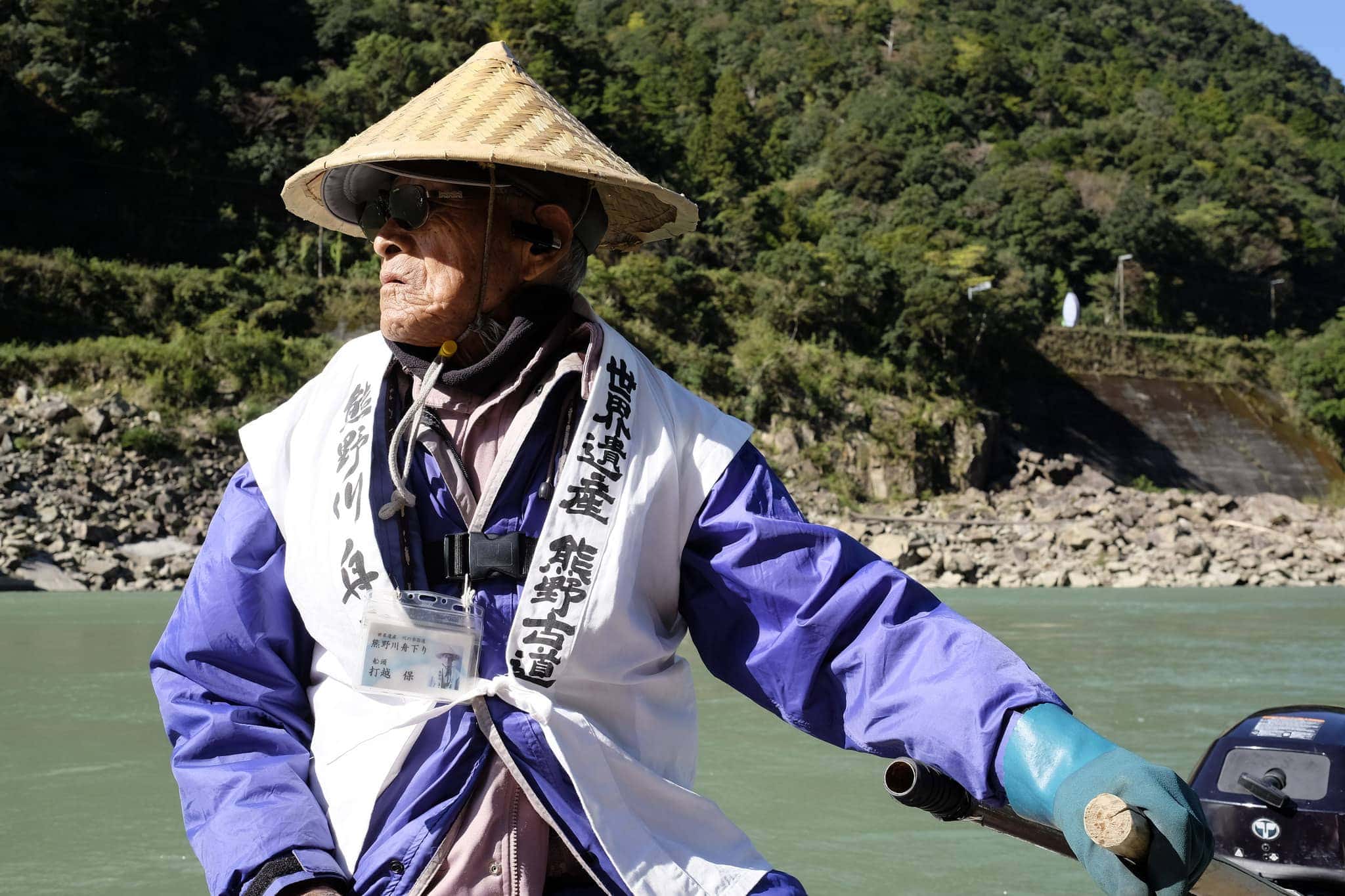 The leathery 87-year-old captain had been piloting the same river for decades and knew how to precisely navigate all the whitewater sections without breaking a sweat. 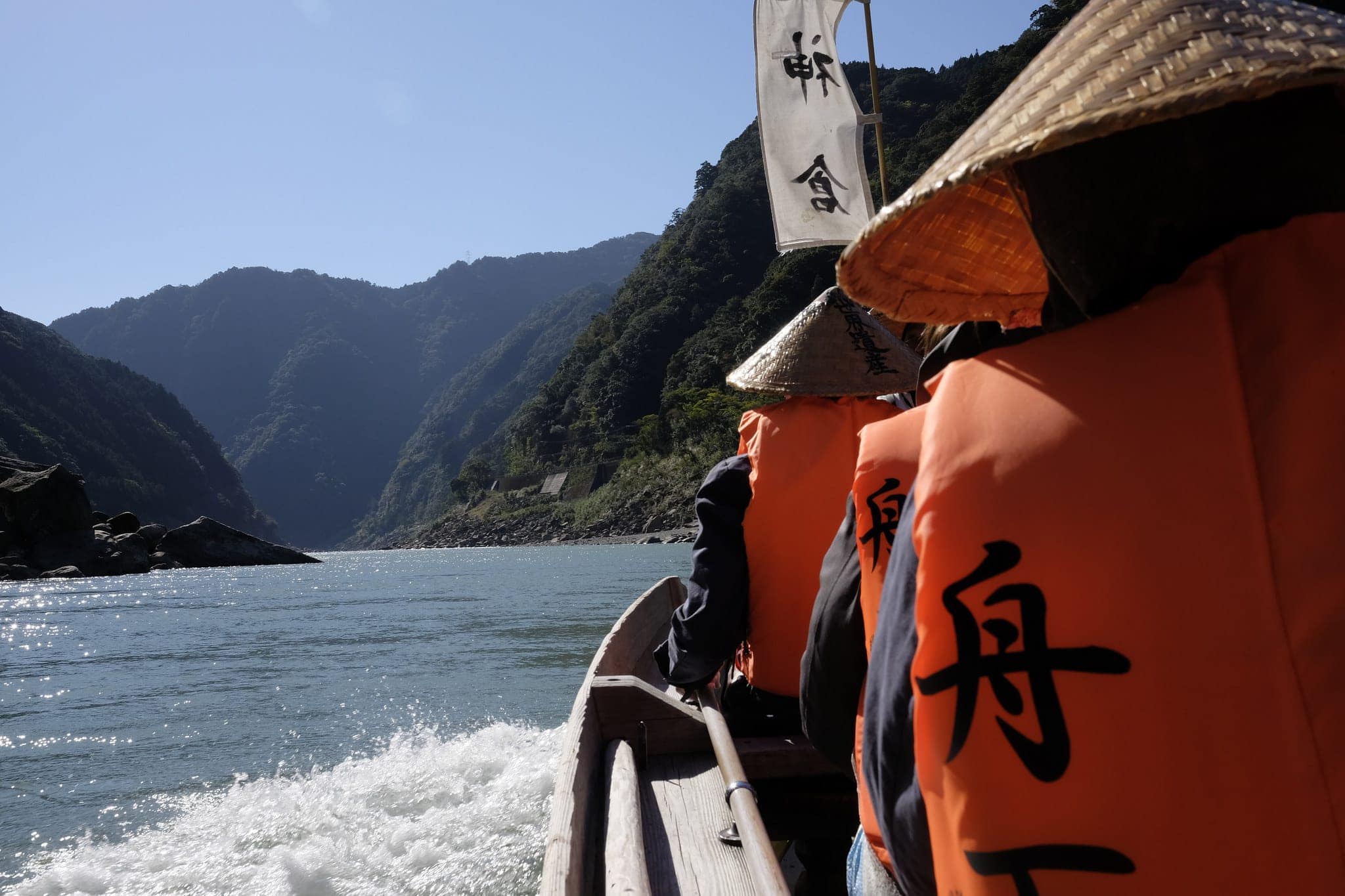 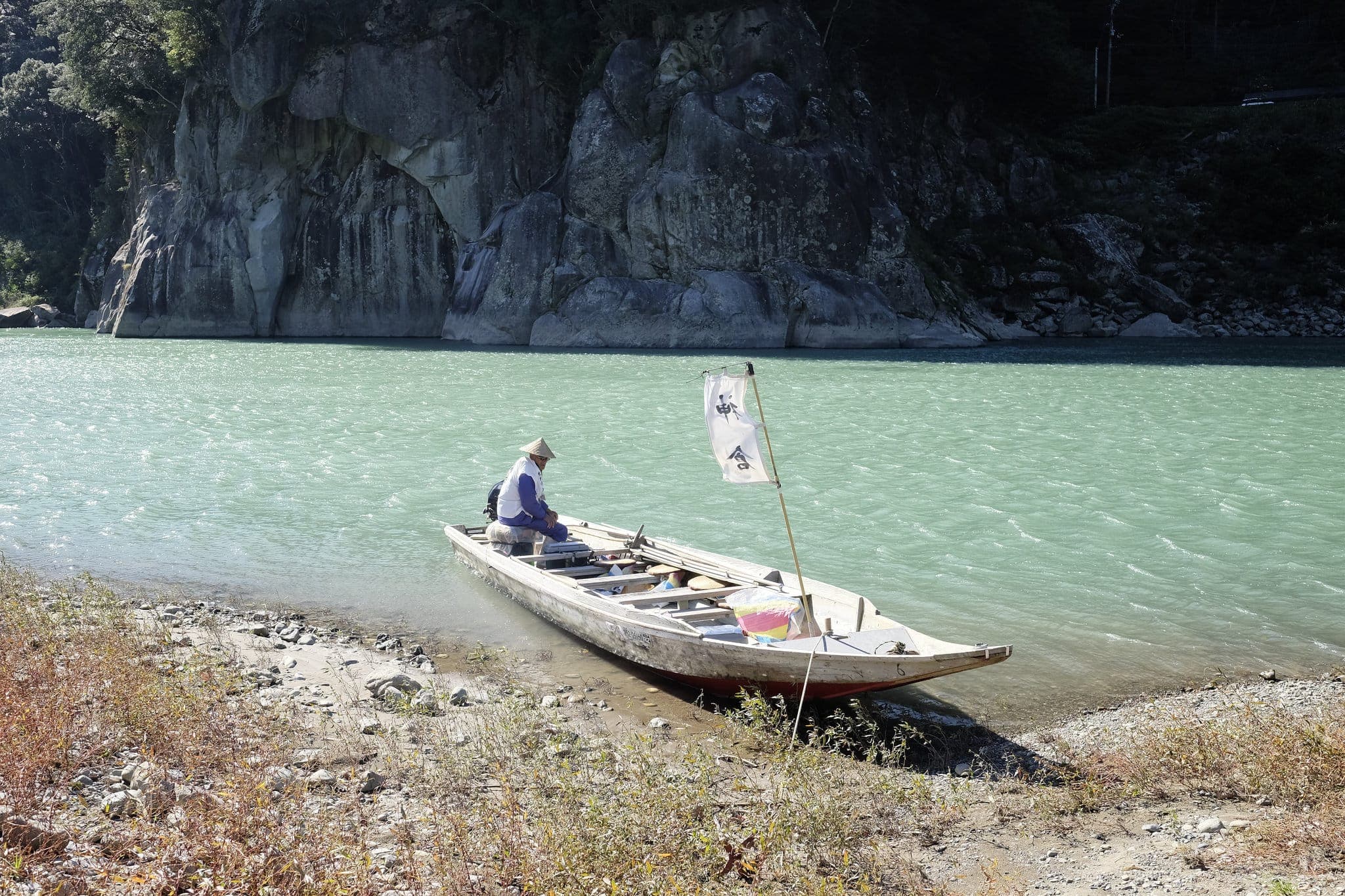 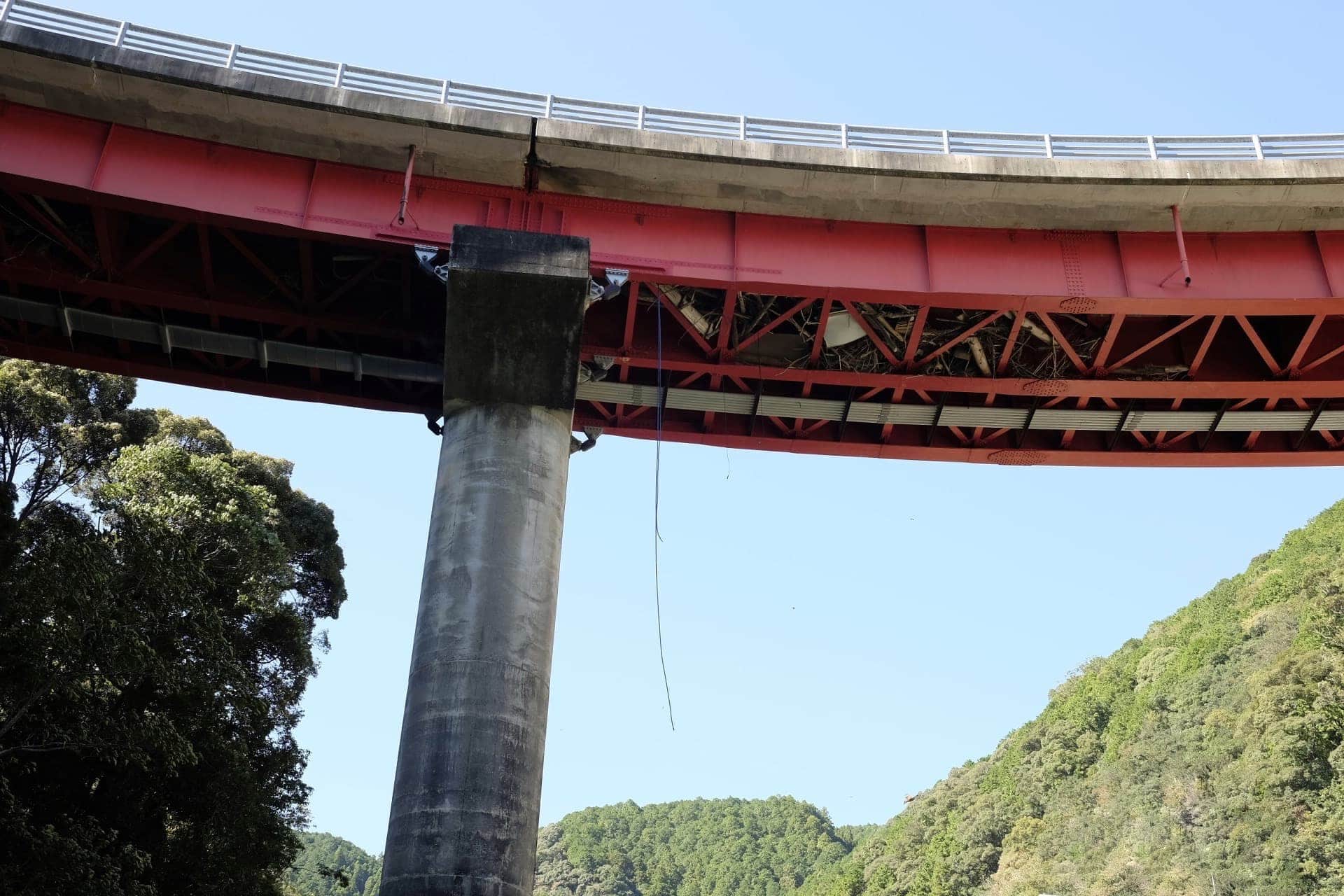 About halfway through the 90-minute tour the engine had a problem and we needed to stop beside a bridge. Our guide pointed out the debris which had been washed up during an enormous typhoon in 2011. You can see from the videos below just how crazy it was… 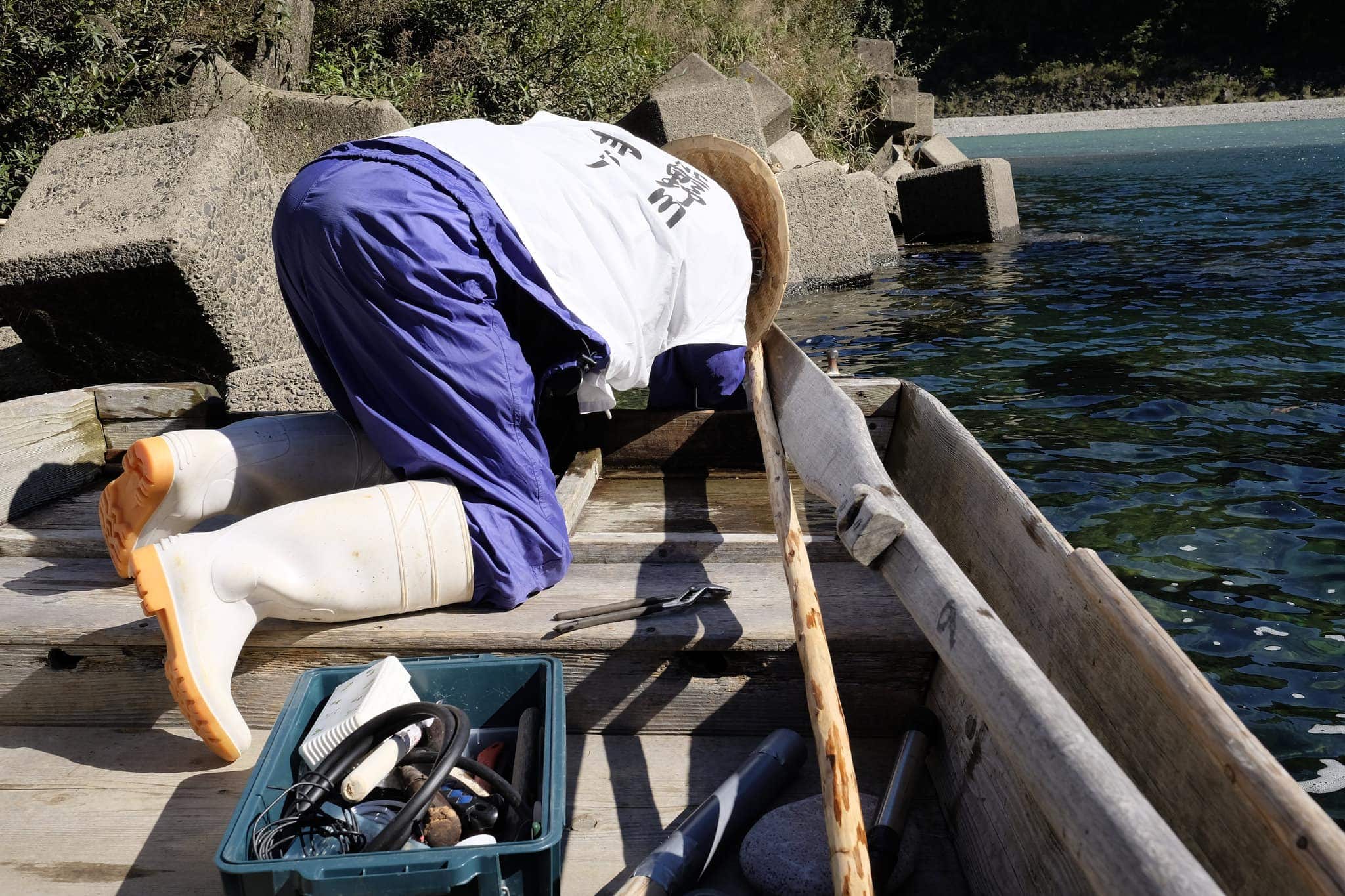 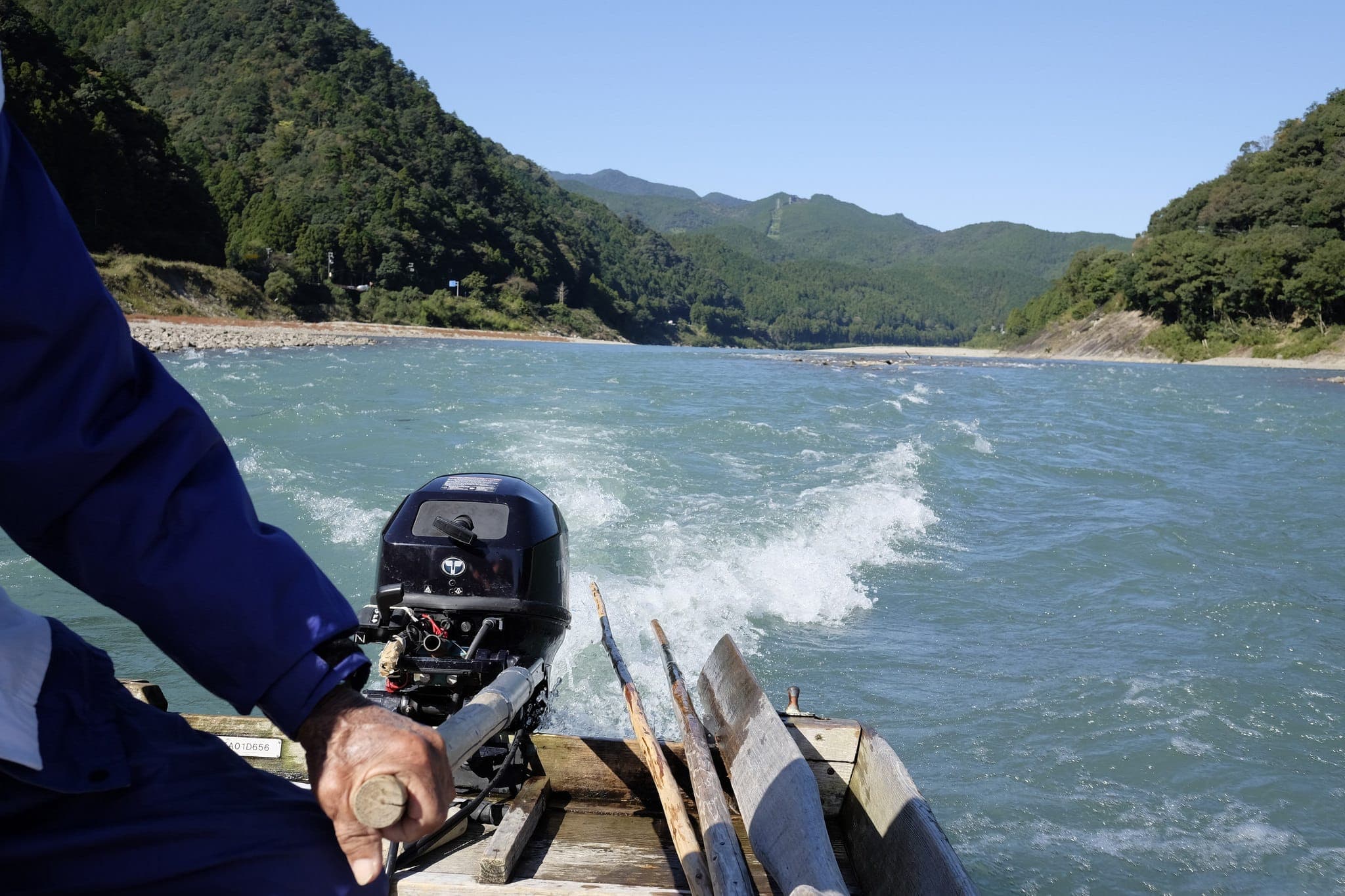 After a few minutes of tinkering, the captain got the engine going and we continued on our way, arriving at Shingū around 11 am. Kumano Hayatama Taisha (熊野速玉大社) lies directly opposite where the boat lands, at the mouth to the Pacific Ocean, and is another of the Three Grand Shrines of the Kumano Kodō. 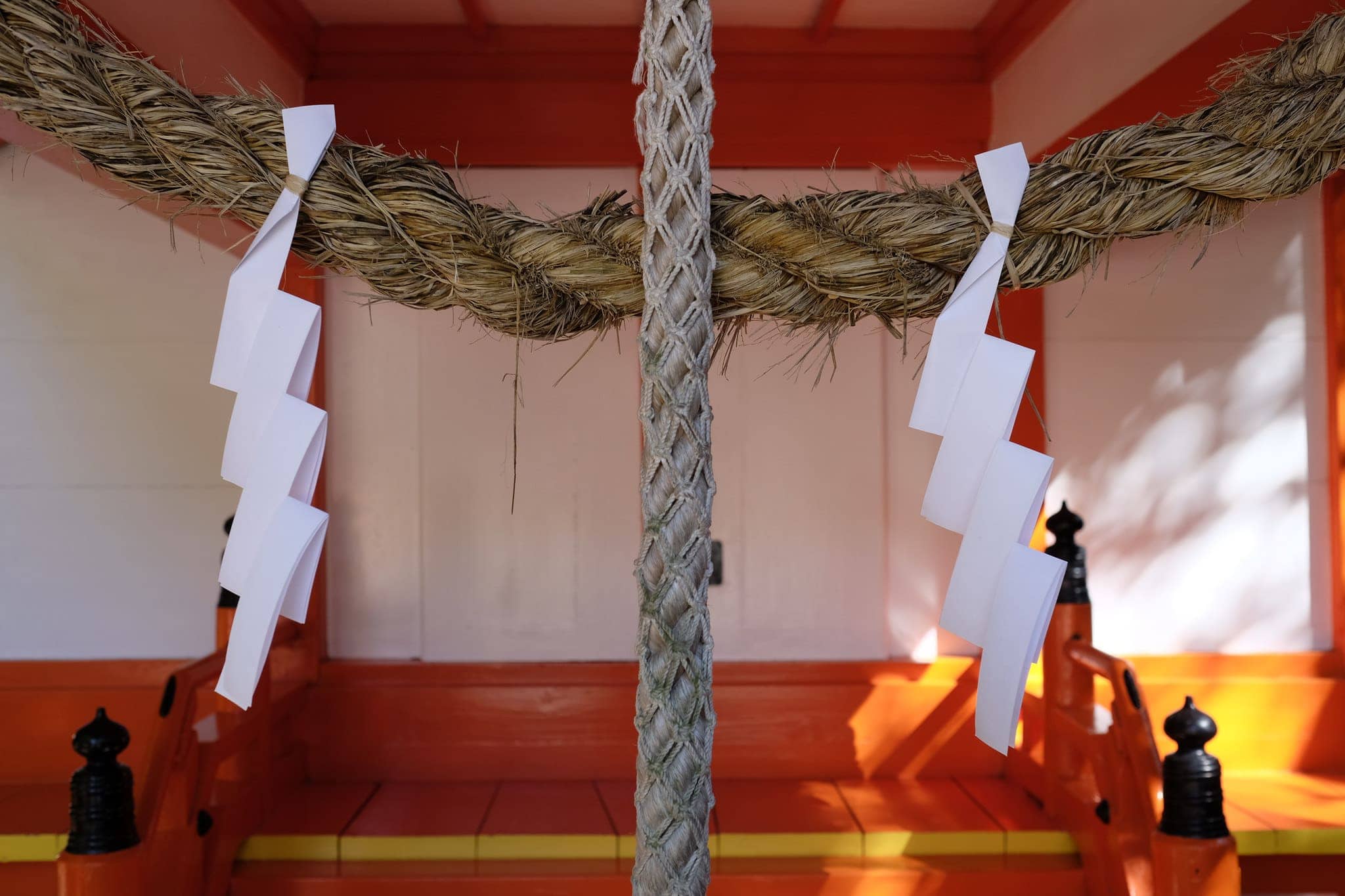 Painted in bright vermillion with yellow and green accents, the shrine was holding a blessing ceremony for a newborn child when I arrived, so I waited until things quietened down before looking around. 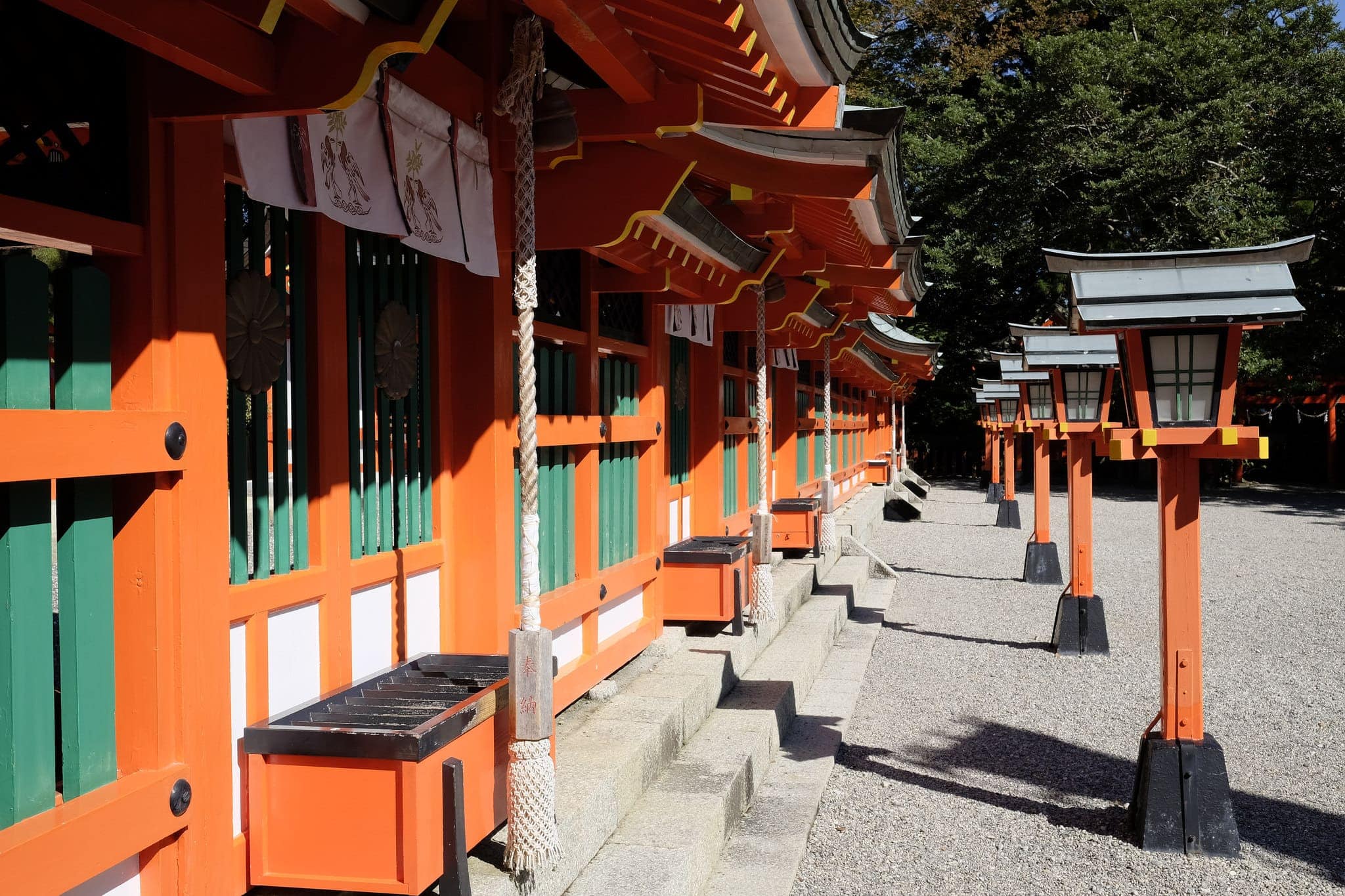 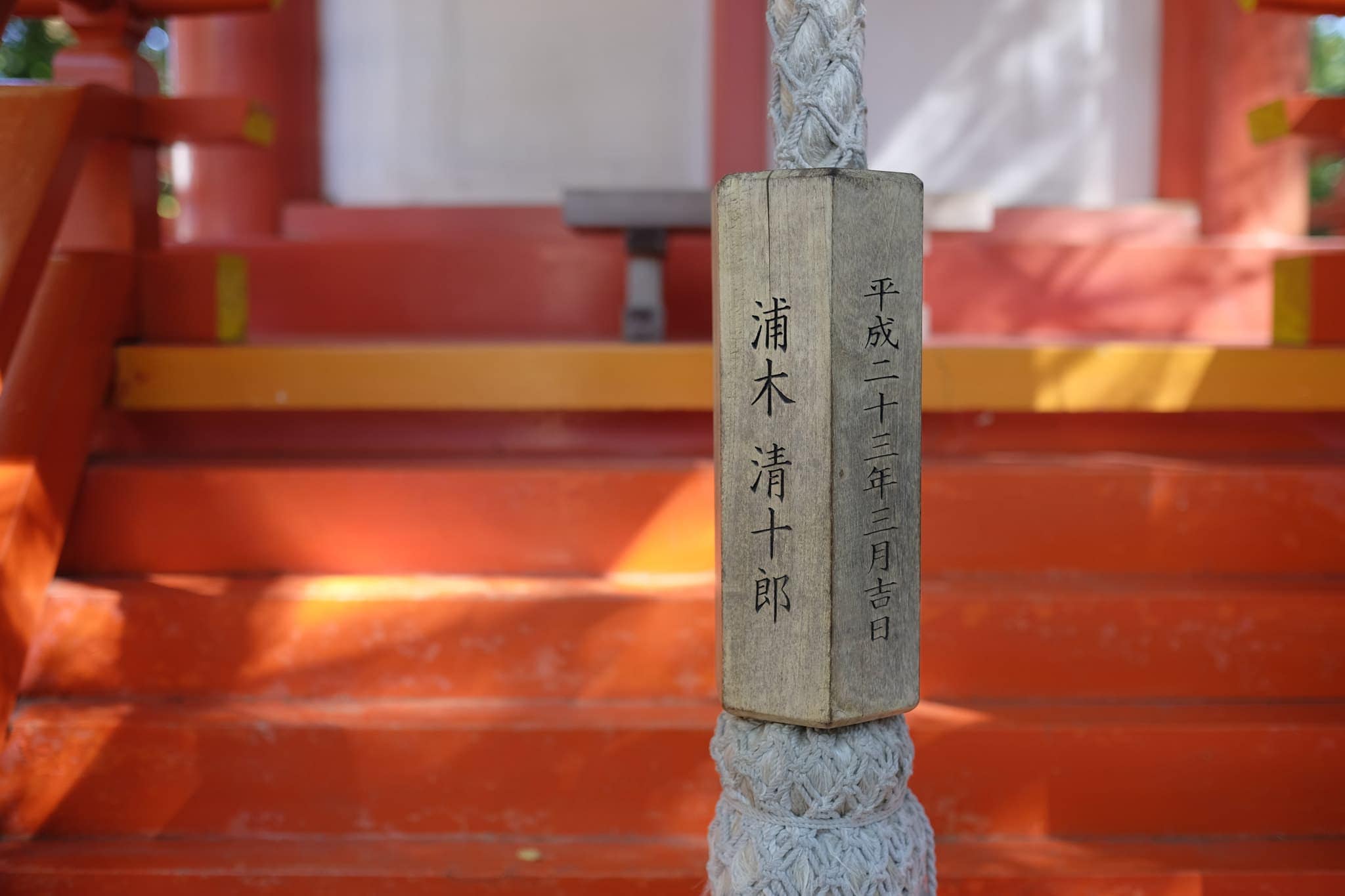 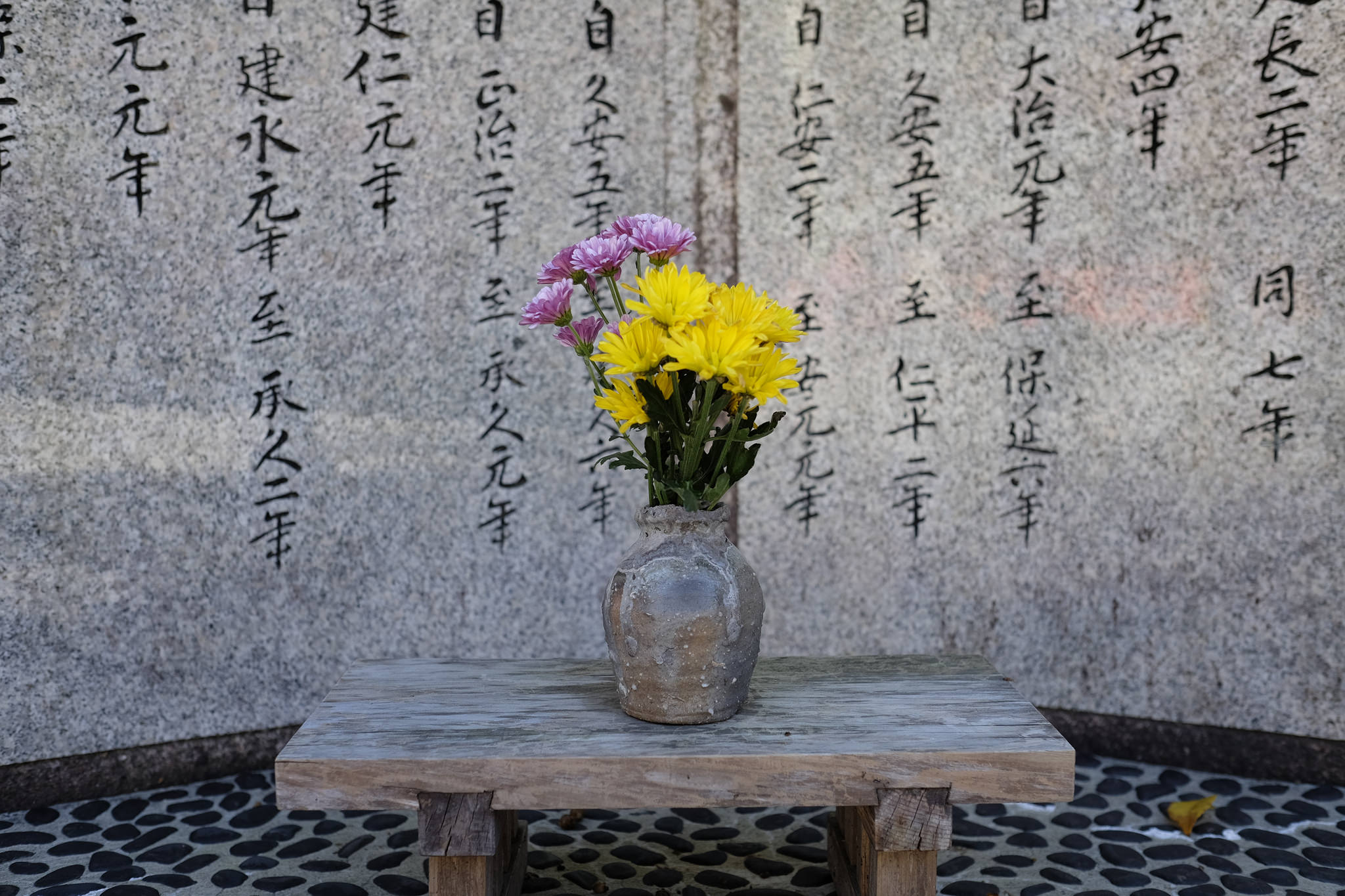 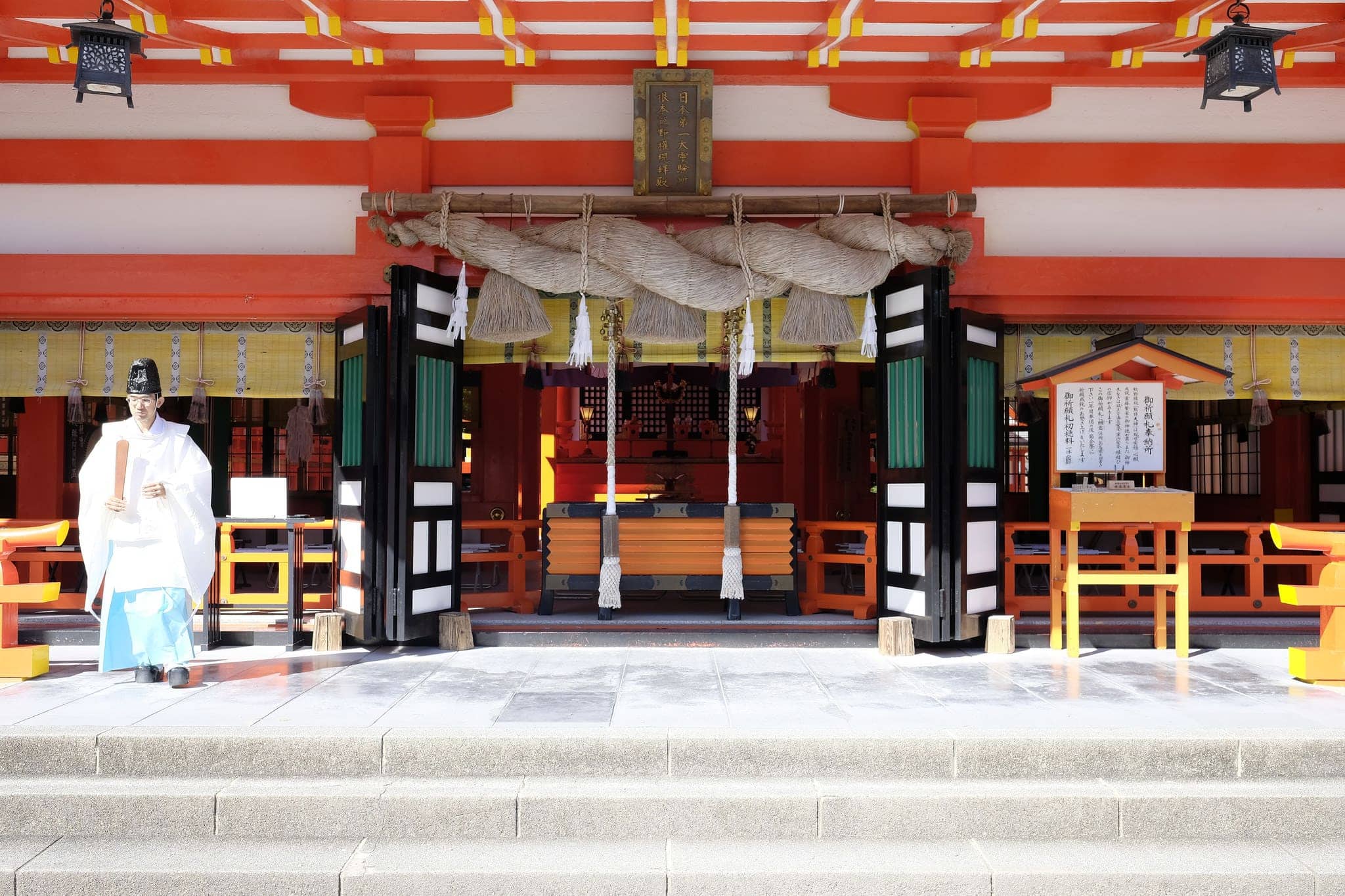 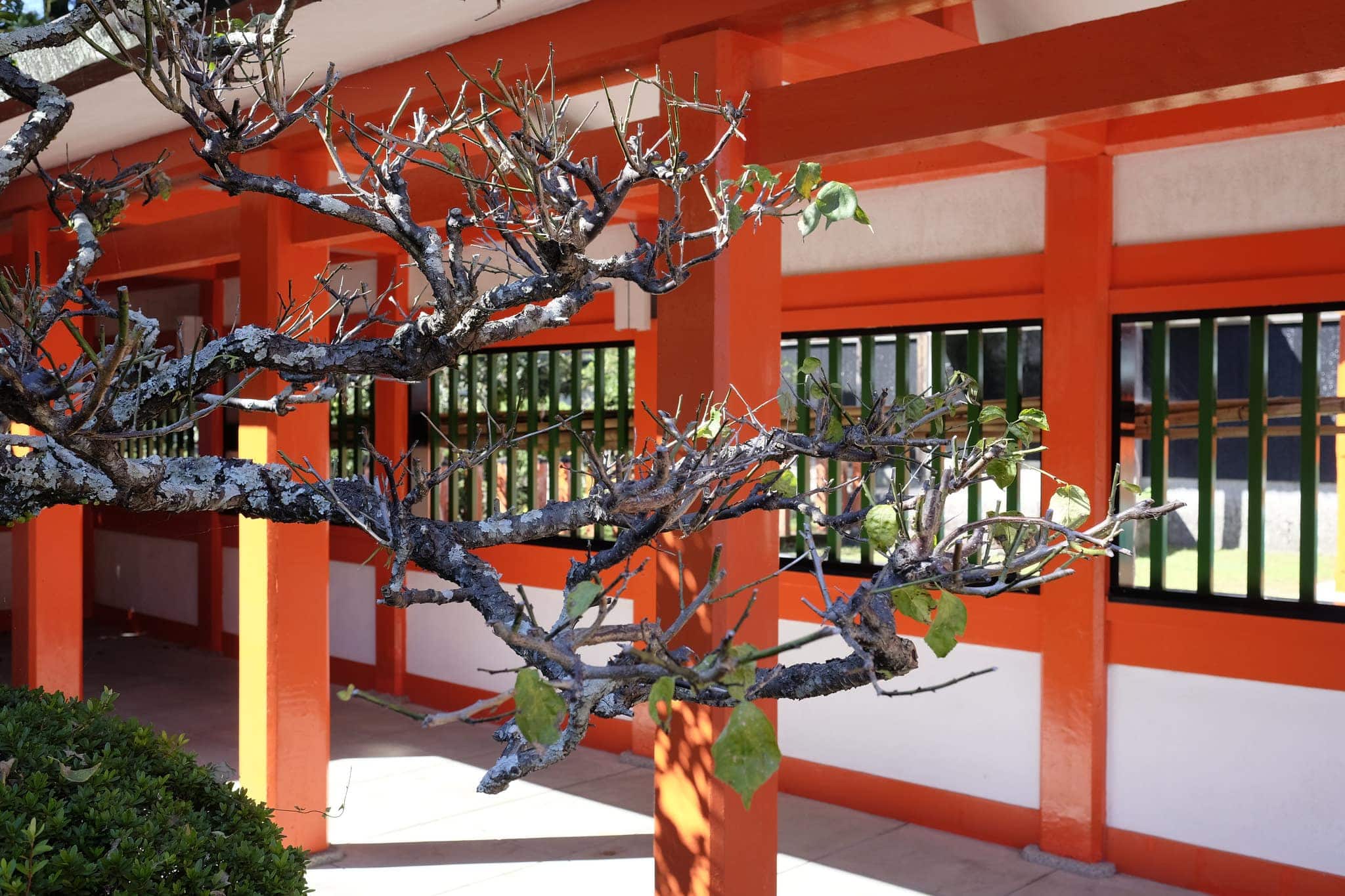 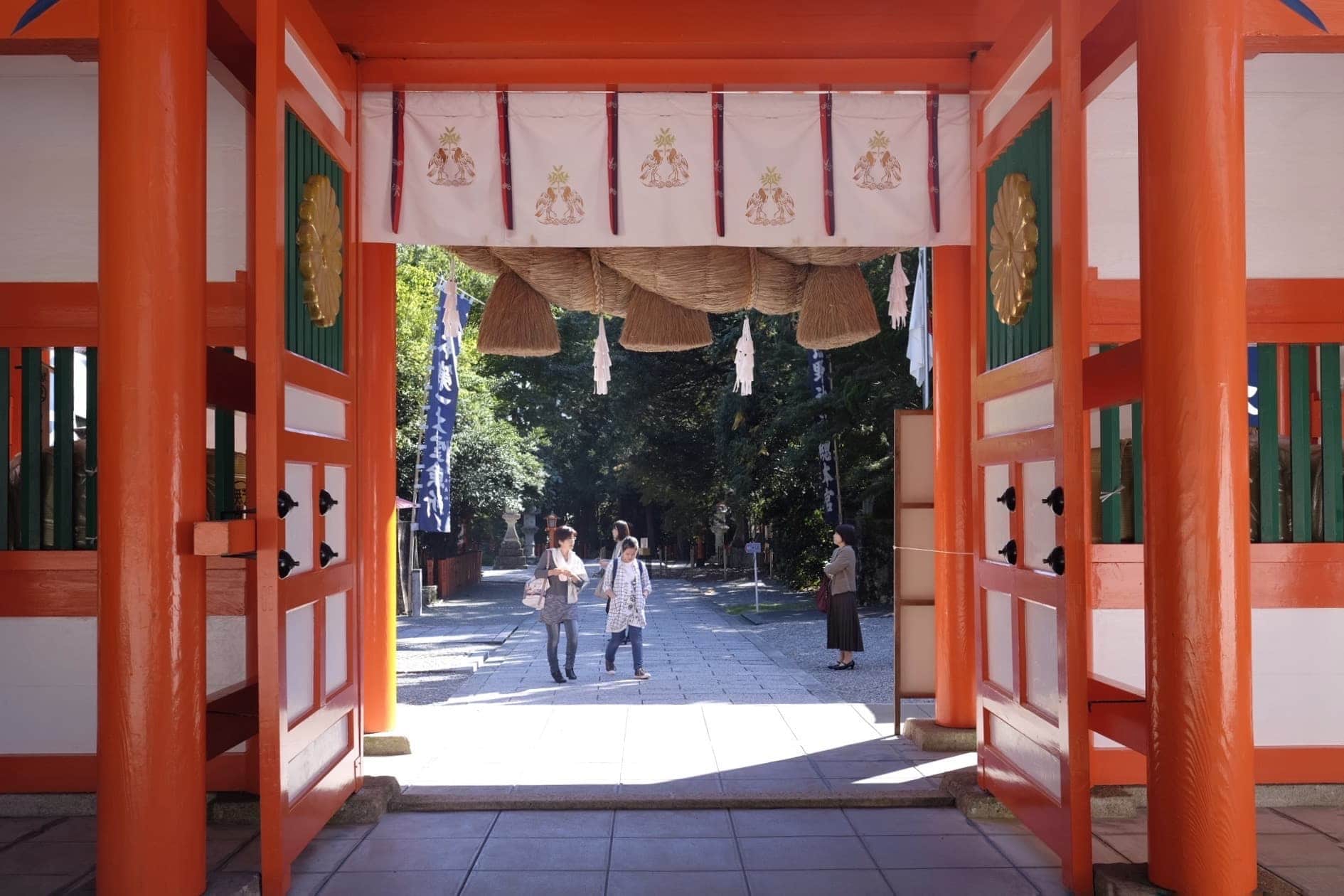 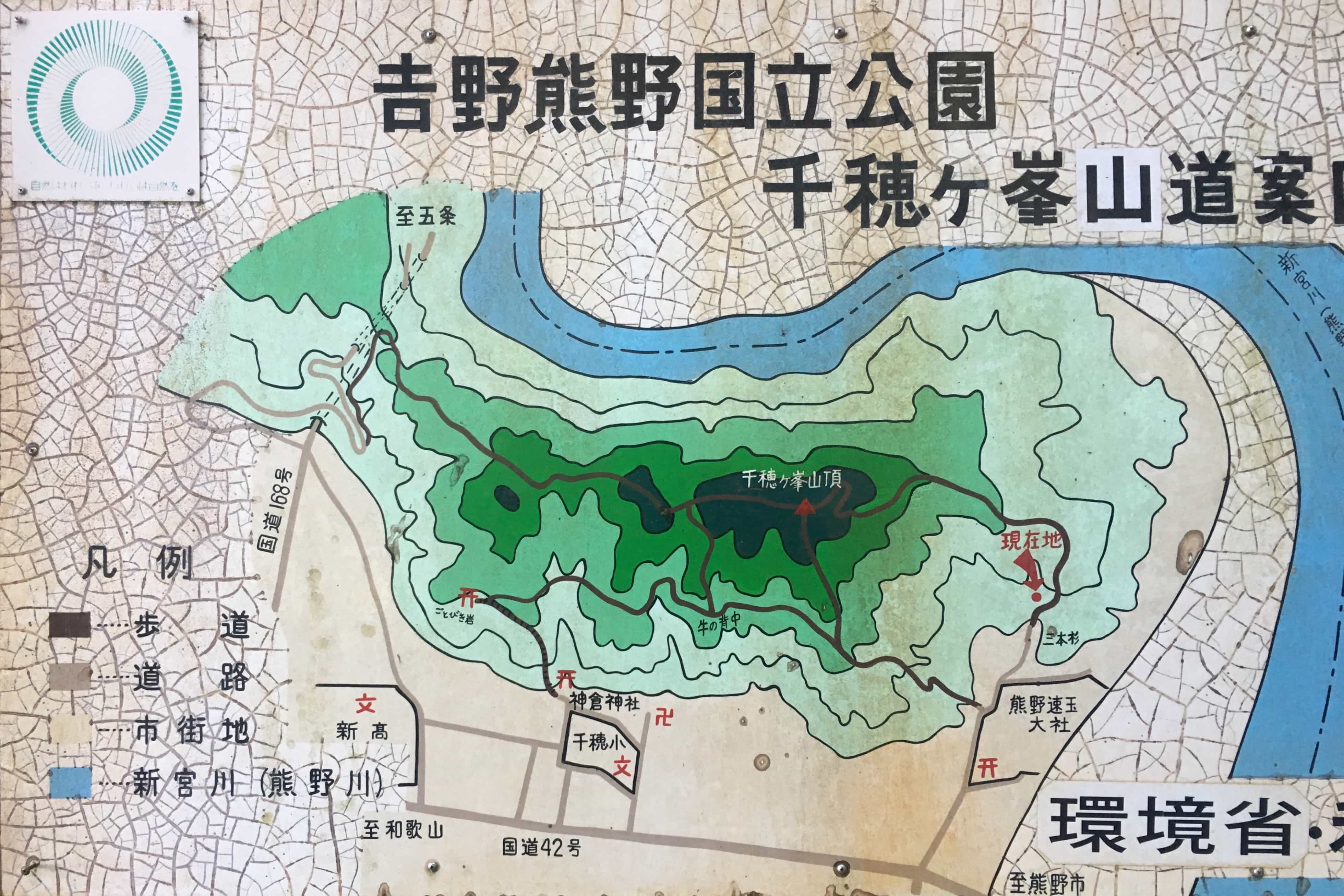 According to the map, there is a trail which leads from Kumano Hayatama Taisha across the foothills of Mt. Gongen (権現山) to Kamikura-jinja Shrine (神倉神社) but I couldn’t find the trailhead so instead wandered through the back streets and up the 538 steep steps to reach it. 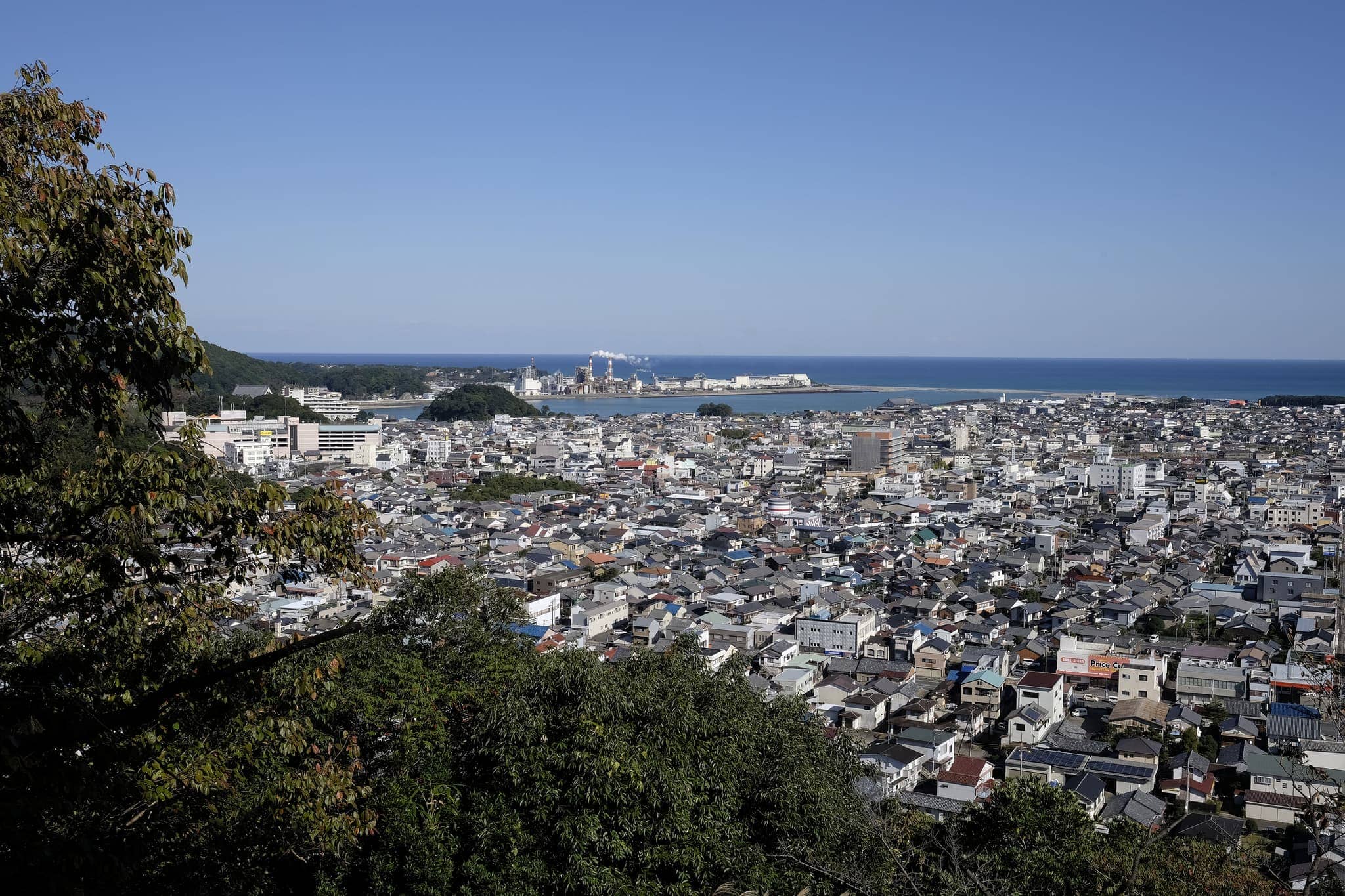 A nice view over Shingū is afforded from the top. 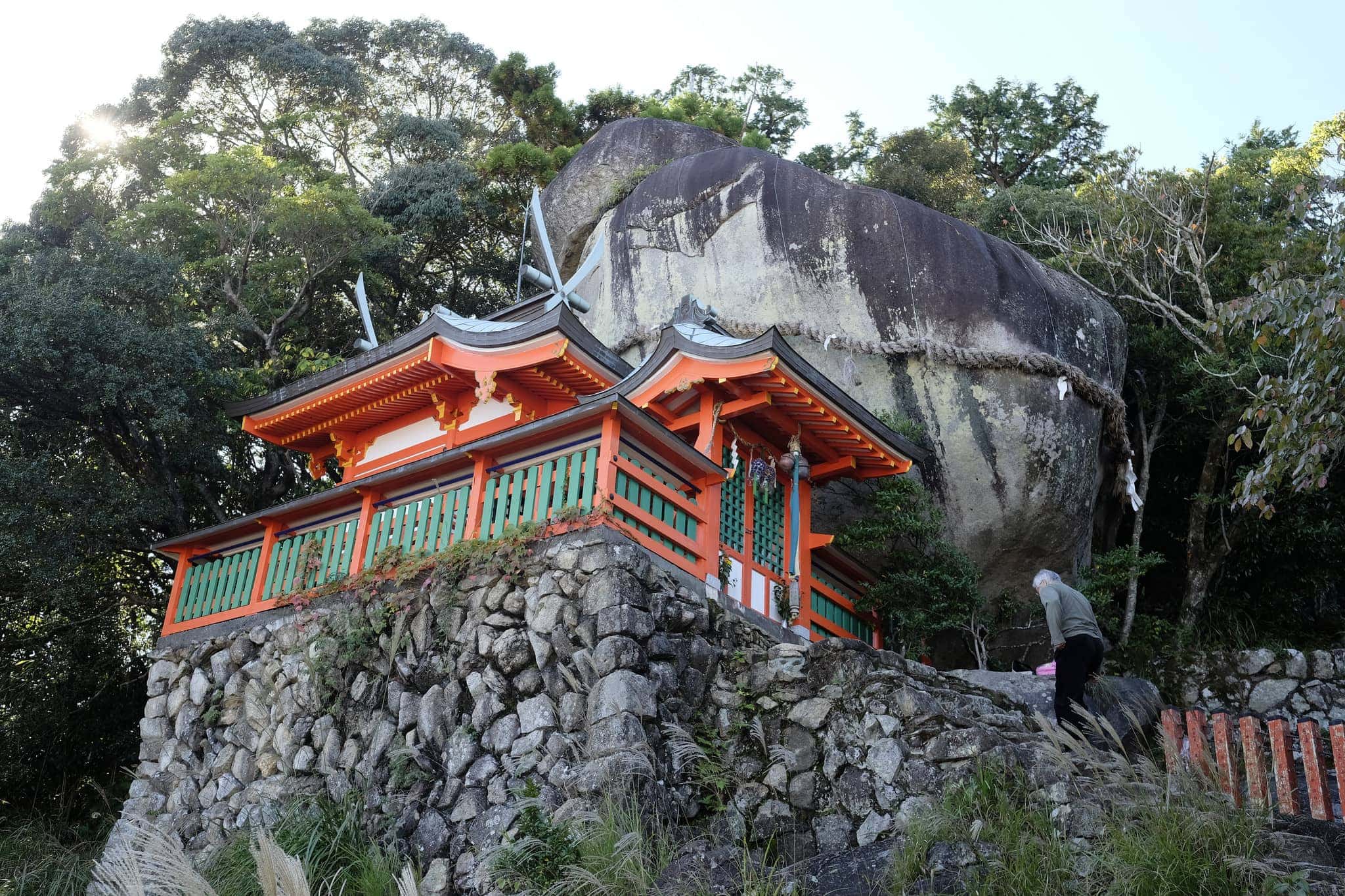 This smaller shrine sits beside a sacred rock known as Gotobiki-iwa (ゴトビキ岩). Gotobiki means “toad” in the local dialect, so-called because of the resemblance. 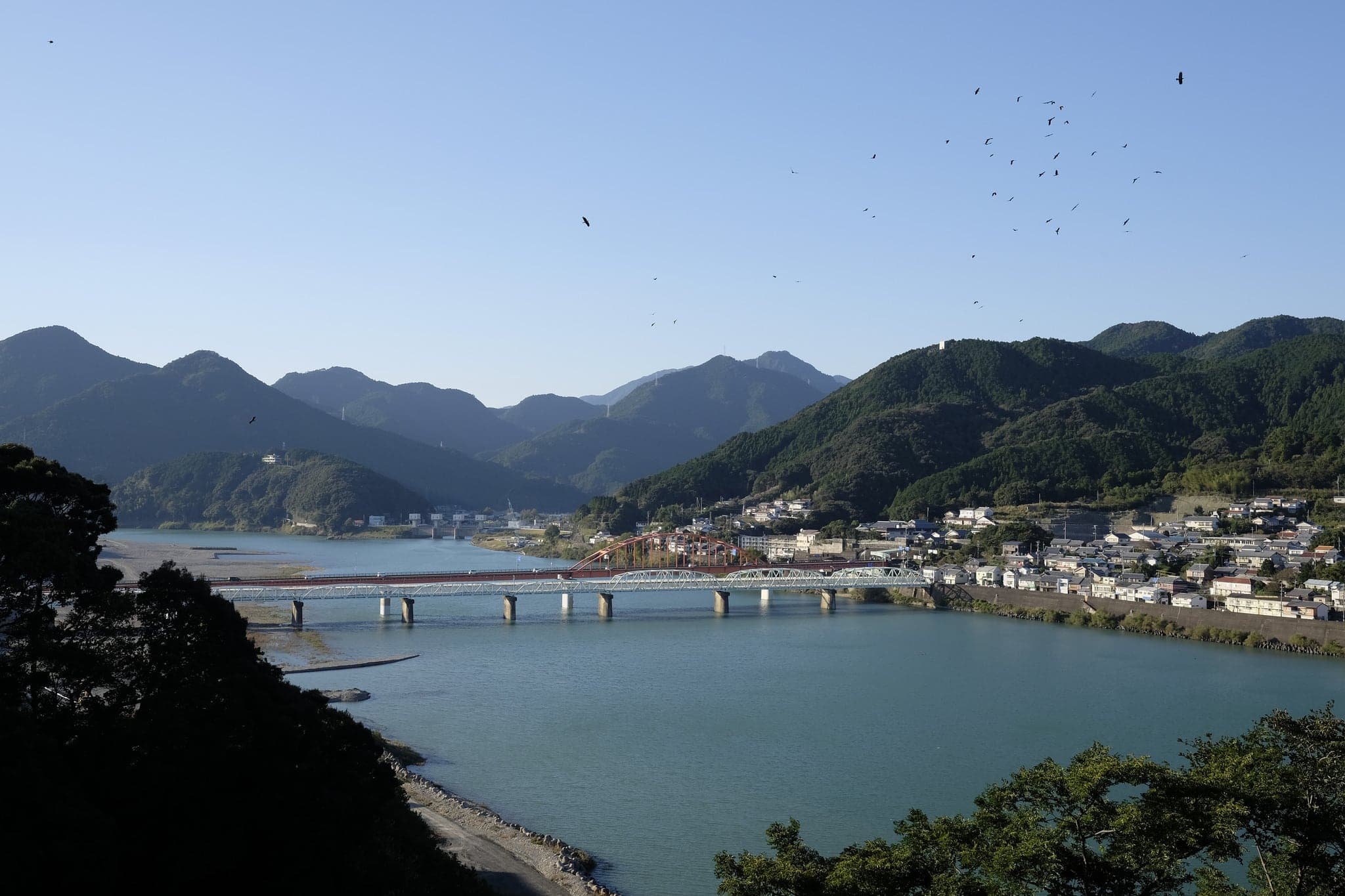 In the afternoon I hired a bicycle from the tourist information office at Shingū Station and took a ride around the city. I visited Jofuku Park (徐福公園), Asuka Shrine (阿須賀神社) and the ruins of Shingū Castle (新宮城跡) before finding a cafe to relax in. 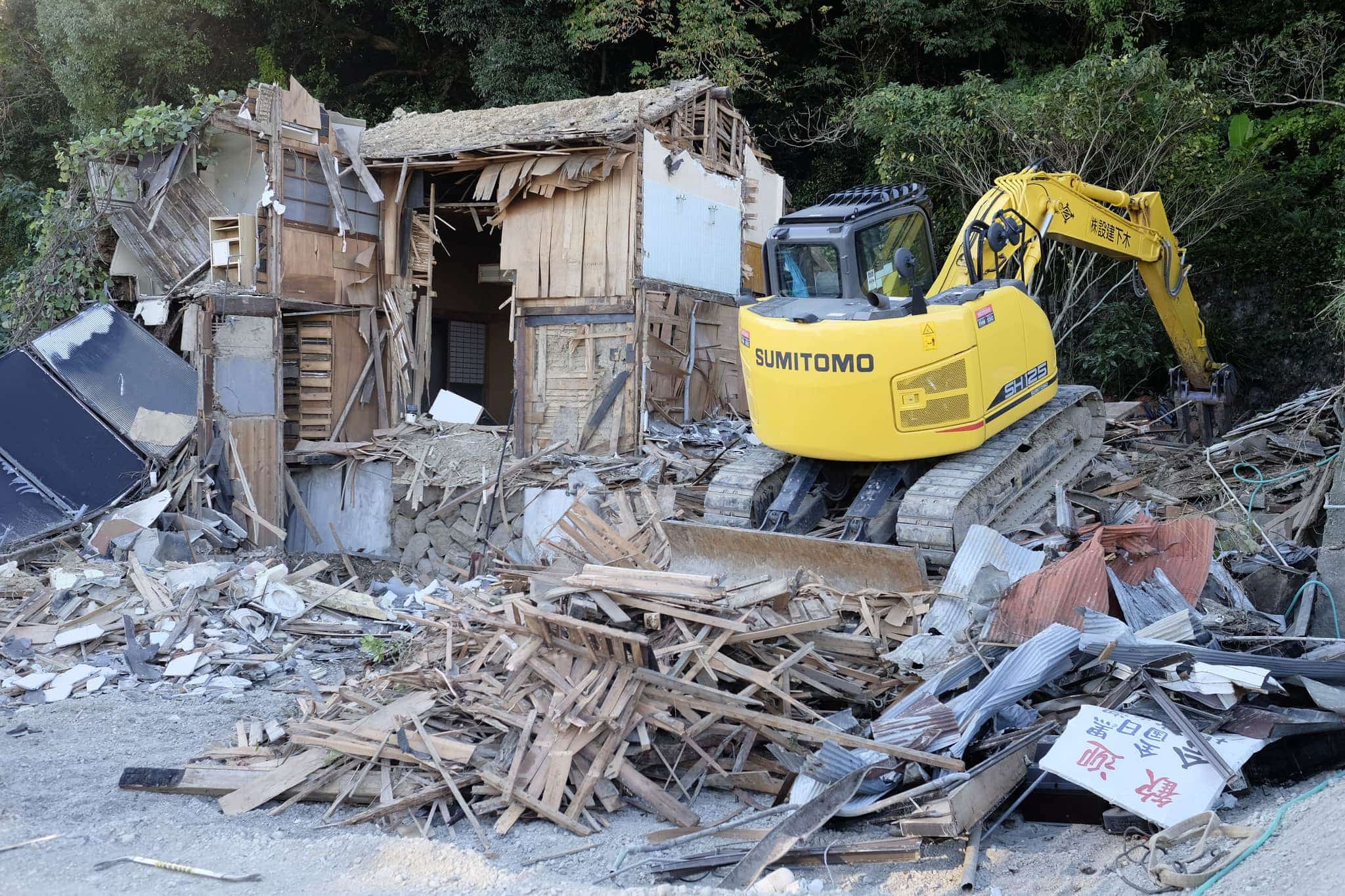 I stayed overnight at Minshuku Takasago on the southwestern edge of the city. It turned out to be full of chain-smoking construction workers and not in the quietest location so I probably wouldn’t recommend it.

The next day I packed my bags for the last time and took a train from the station back up the coast towards Osaka.

While not on the same scale as the Shikoku Pilgrimage, the Kohechi had been a marvellous adventure through some spectacular mountain scenery about as far from civilisation as you can get in Japan. Even more thrilling is that I have another 4 trails of the Kumano Kodō to tackle (the Nakahechi, Kiiji, Ohechi and Iseji routes) which I hope to begin doing in the spring of 2017.

Please feel free to leave any comments below or drop me a line!