One of the largest and oldest active Taoist temples in China is situated in west Beijing, known as the “White Cloud Temple” or “Bai Yun Guan” in Chinese. Its importance is reflected in that fact that it is home to the office of Taoist Association of China and one of “The Three Great Ancestral Courts” of the Complete Perfection Sect of Taoism, as well as being known as “The First Temple under Heaven”. 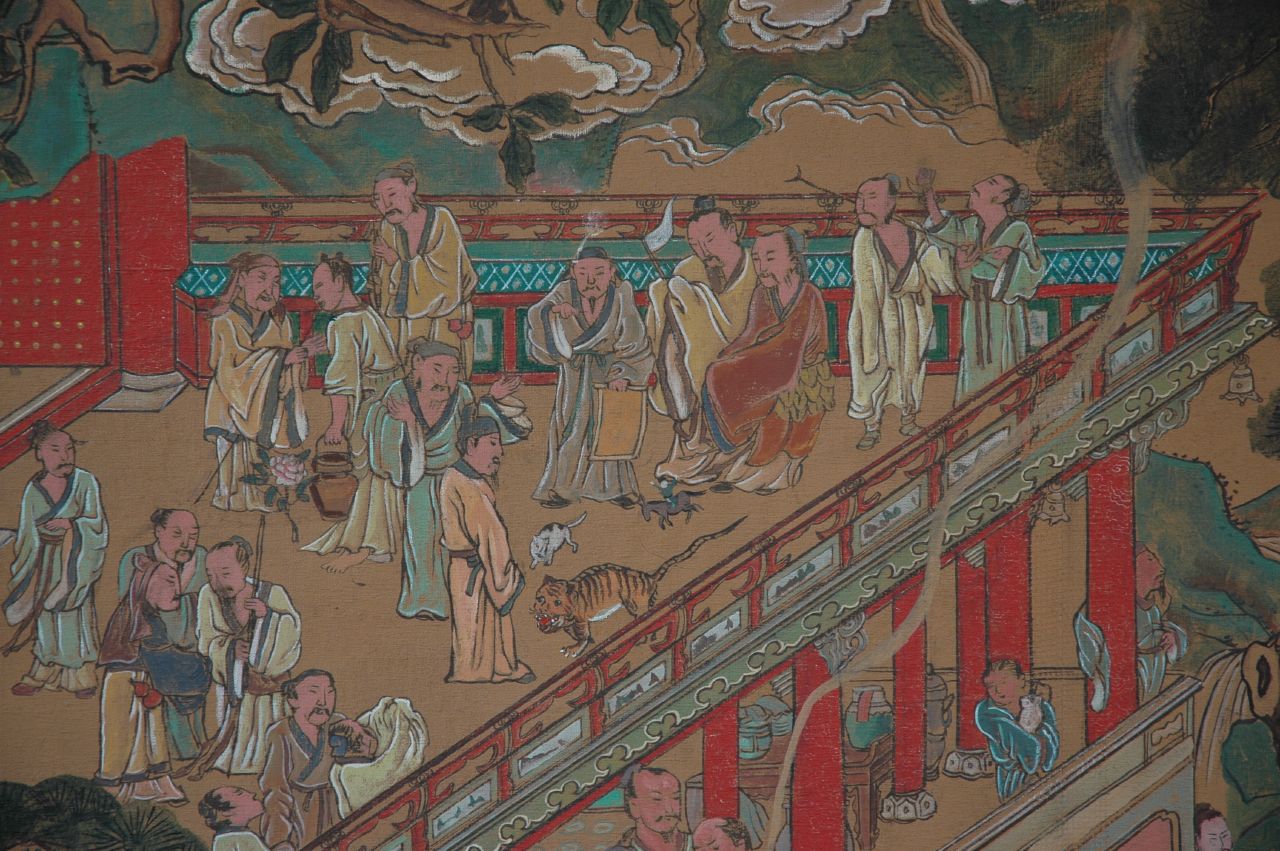 Having been brought up on mainly a diet of western/Christian philosophy I wasn’t entirely clear about the differences between Buddhism, Taoism, and Confucianism. Apparently, they are similar to each other, using basically the same literature, or scripture, and having the same goal with a different approach… 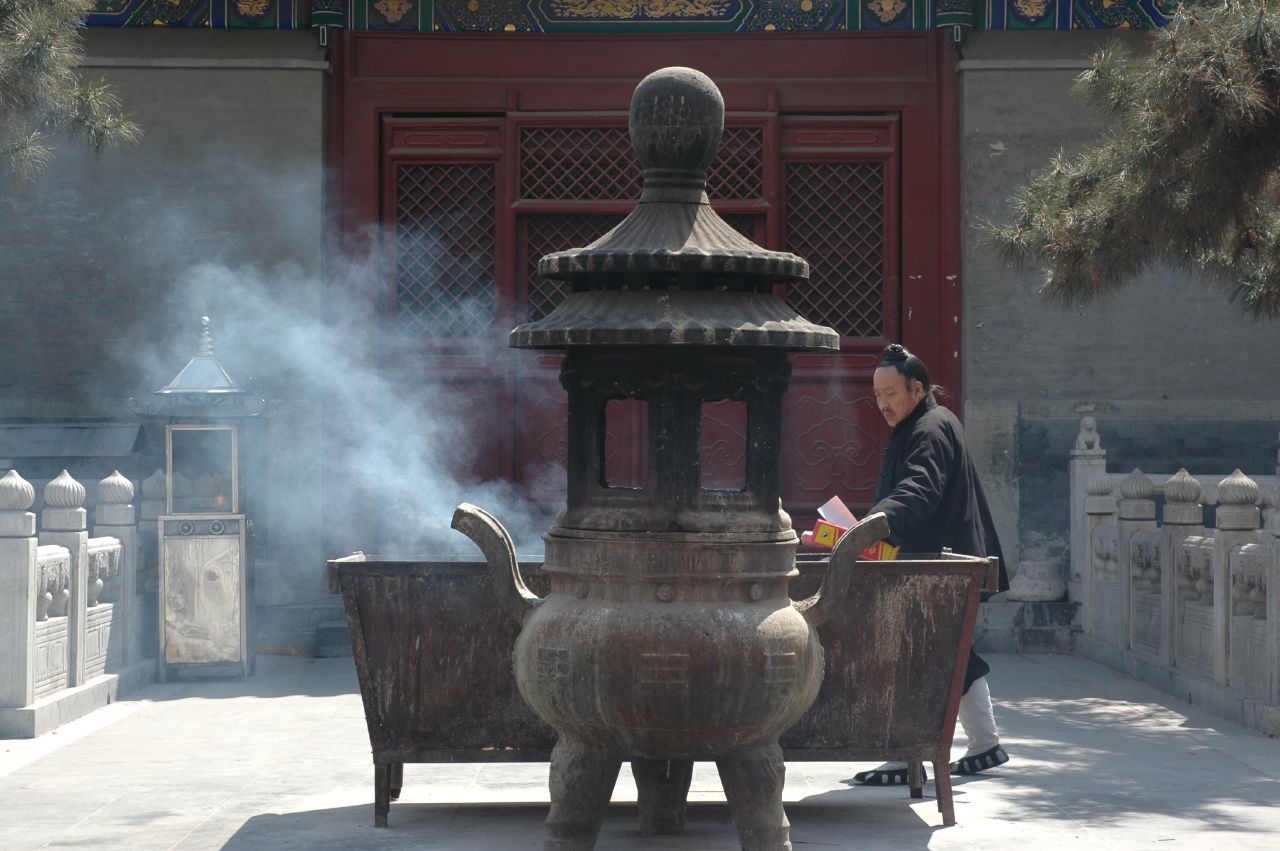 The temple consists of six courtyards alone its main axis surrounded by a number of halls, towers, and pagodas which are dedicated to various Taoist deities, such as the Jade Emperor and the Three Purities, Qiu Changchun and the Eight Immortals (whoever they are!). Next to the entrance, there is also a small bridge underneath which are hung a pair of bells that people throw coins at supposedly for good luck. 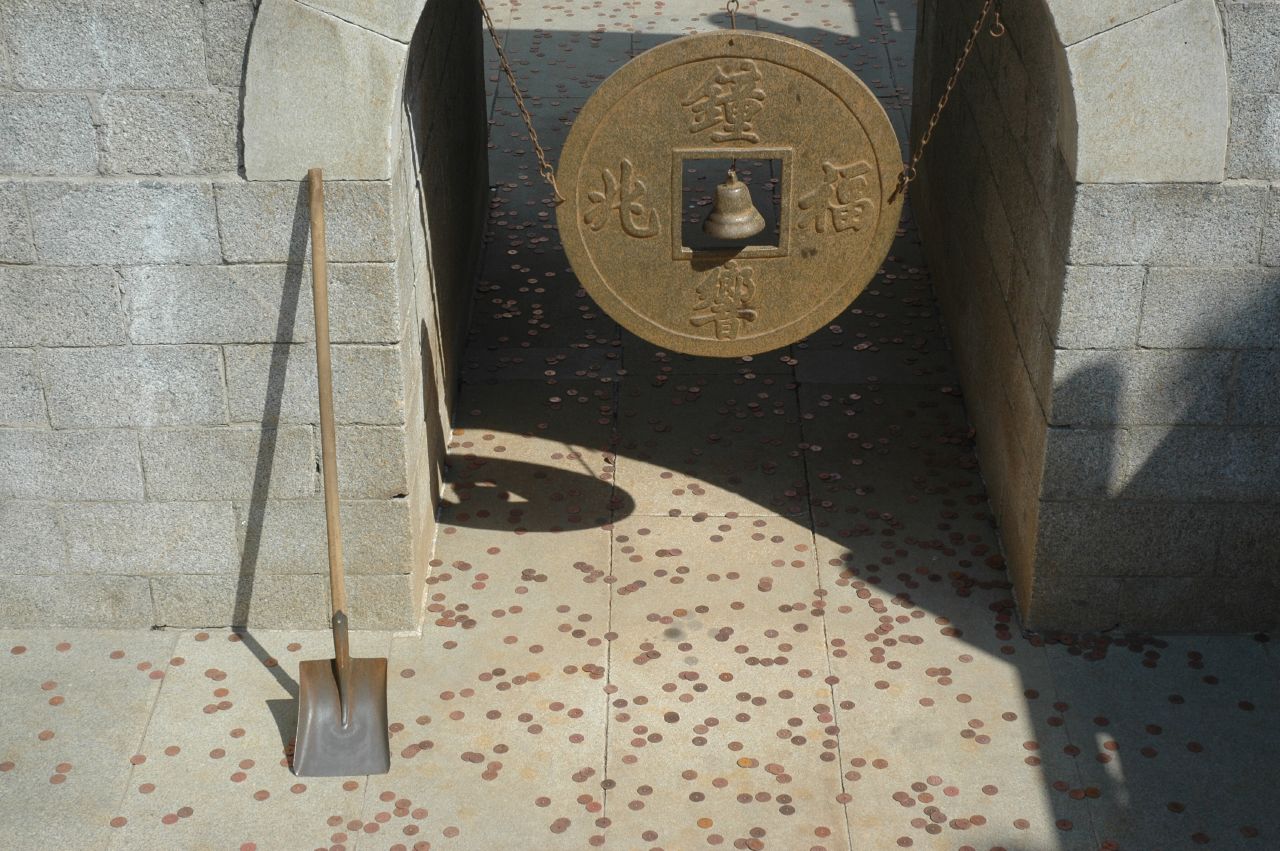