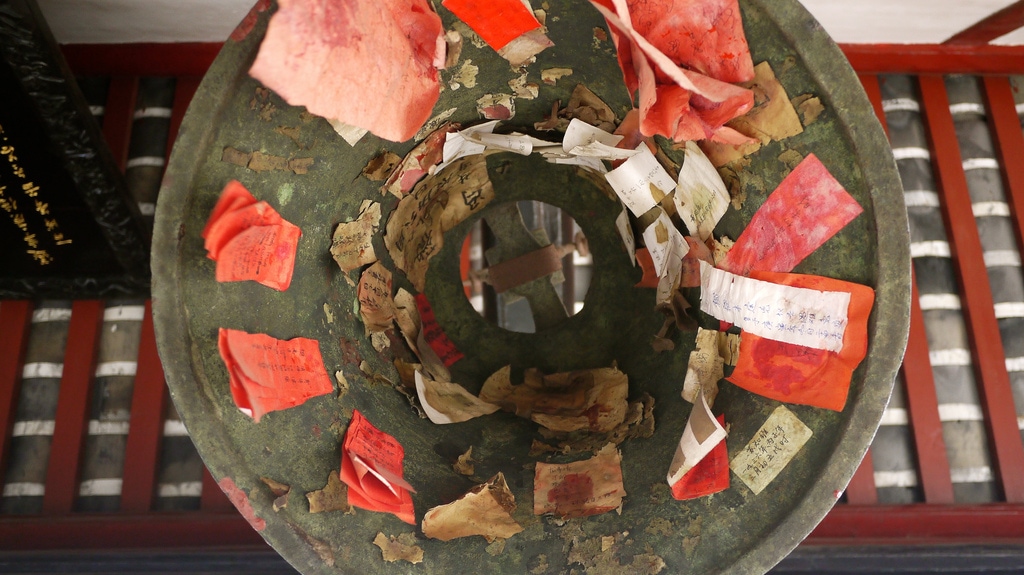 After visiting more than my fair share of Chinese temples over the past five years I have become somewhat jaded to write about yet another (as one might become with churches in Europe also). They usually have the same layouts containing similarly styled statues which makes them a bit predictable but nevertheless good places for spending a relaxing hour or so. 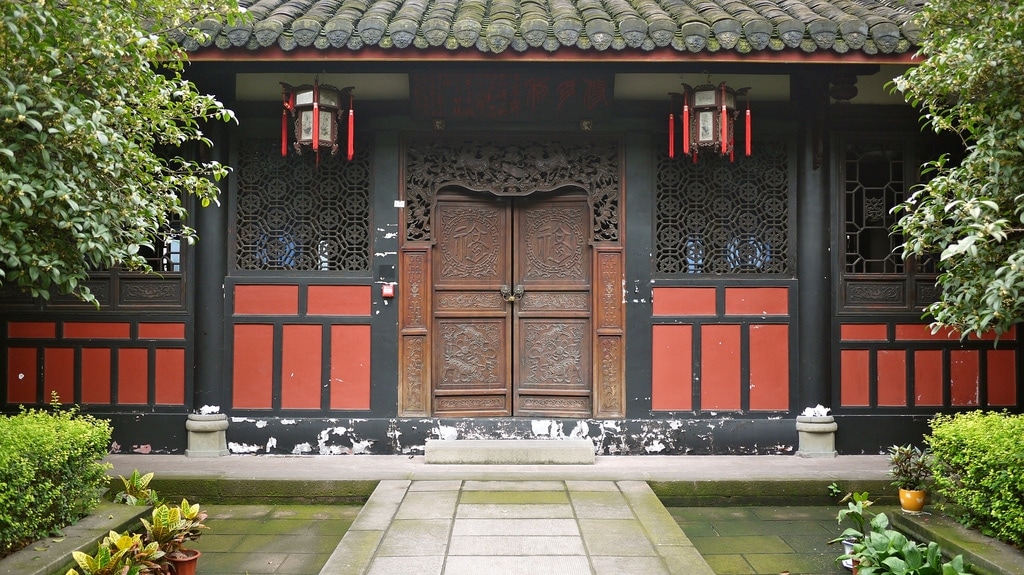 Wenshu Temple (文殊院) in Chengdu is a fairly typical large Buddhist monastery which dates back to the Tang dynasty and is named after a monk who lived there in the late 17th century. There are five central buildings containing various cultural relics which are surrounded by extensive well-maintained gardens. 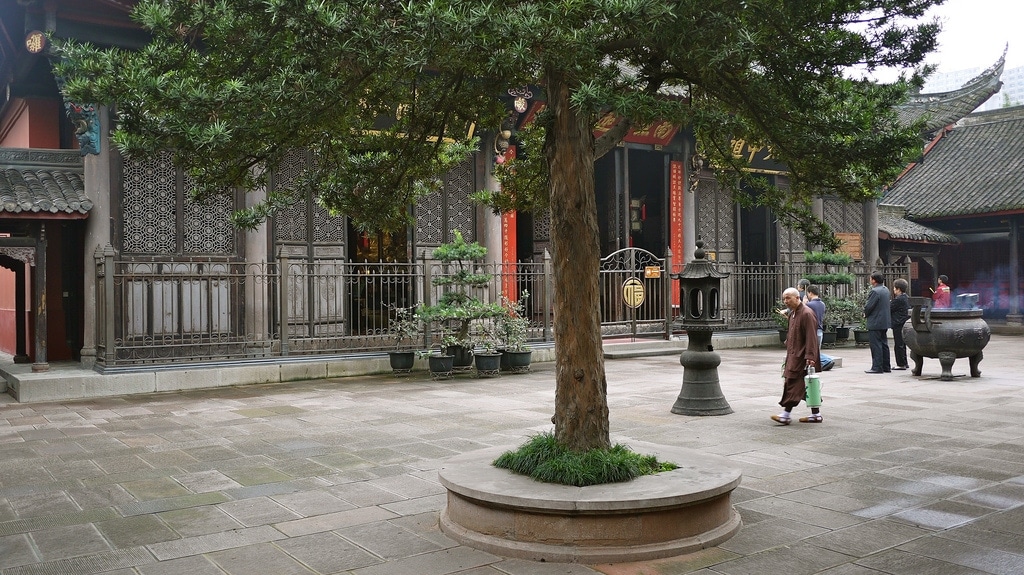 Contained within the monastery are reputedly over 400 statues made of stone, iron, bronze, clay and wood, in various shapes and sizes. Among its most precious relics, one can find the skull of Xuanzang (玄奘) – a revered Chinese Buddhist monk from Tang Dynasty. 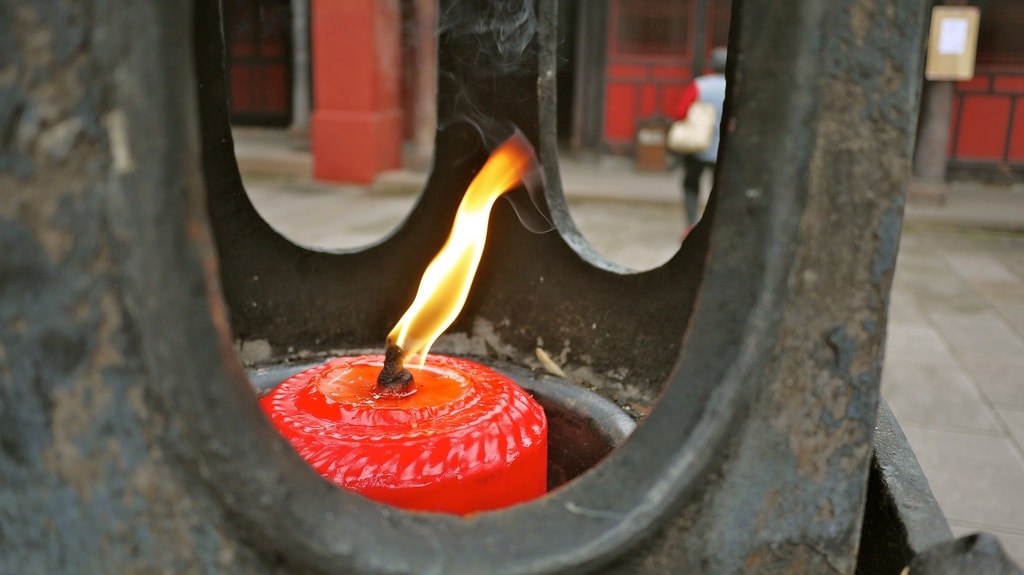 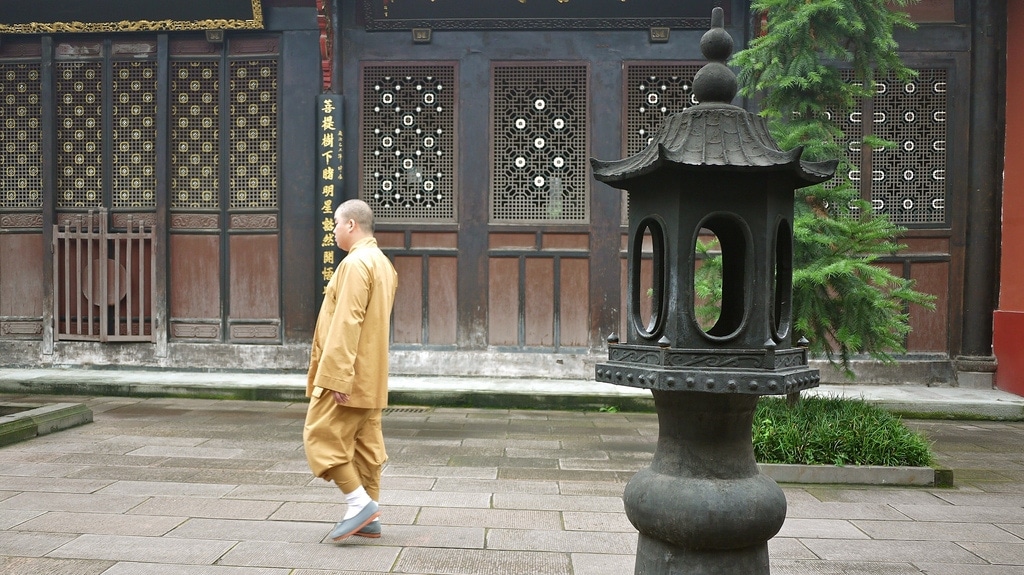 I quite fancy the contemplative lifestyle of a monk and find comfort in being around other bald people! 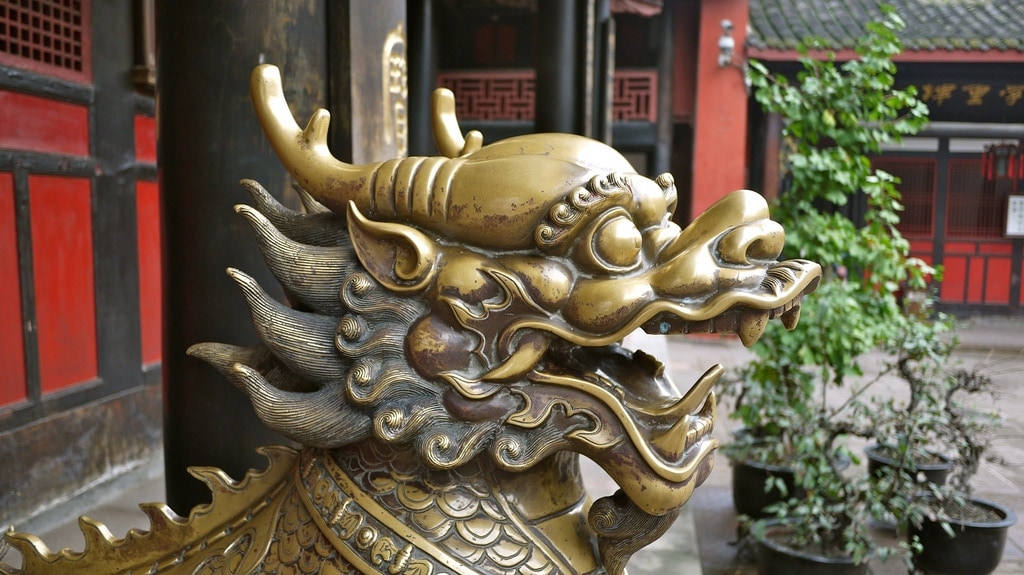 It is said that rubbing this creature’s head will bring you wealth – just don’t forget to wash you hand afterwards. 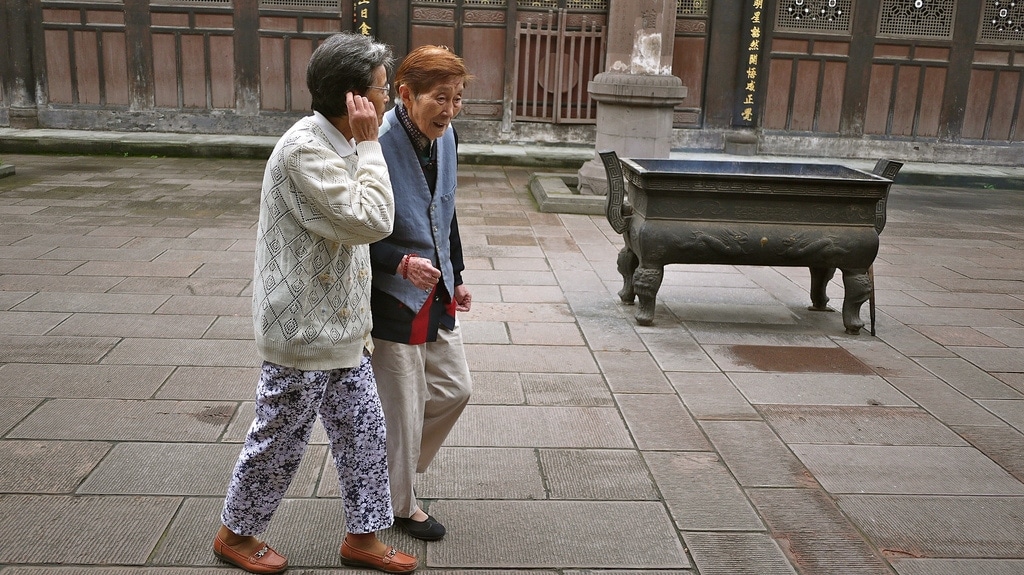 The grannies of Chengdu are particularly fashionable – nice trousers and fetching waistcoat! 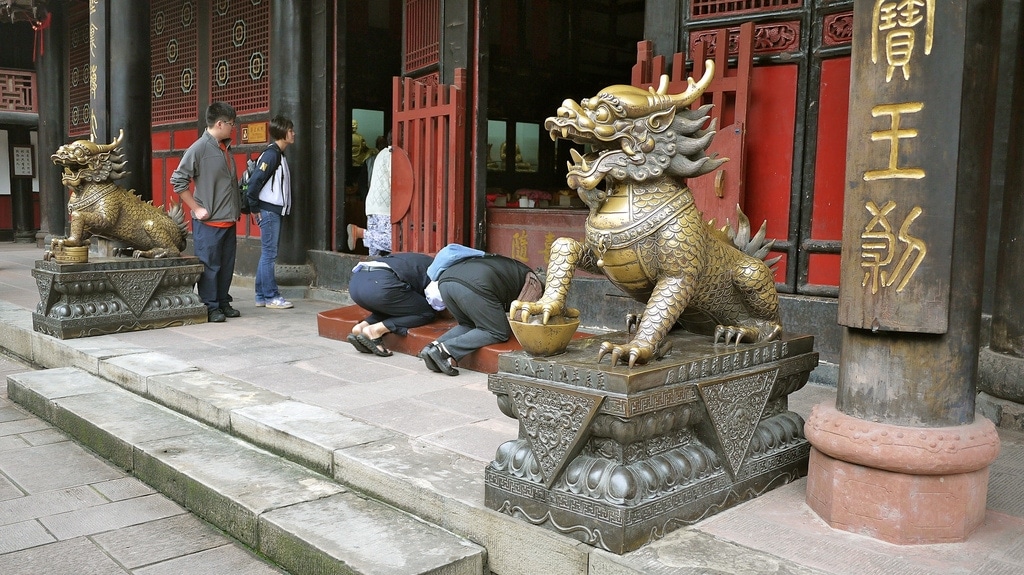 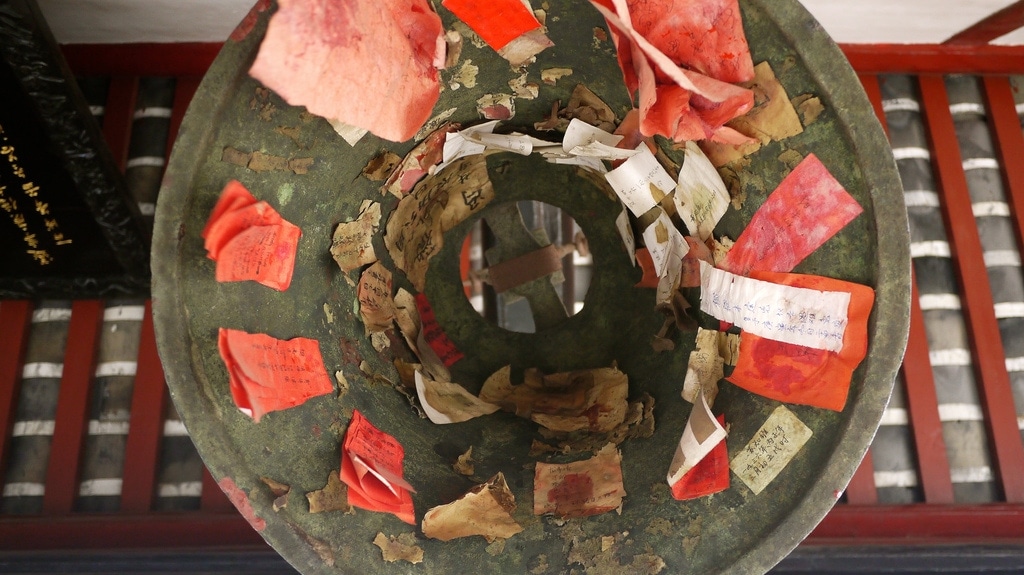 Peering under a large hanging bell I noticed people had stuck notes with prayers written on them inside. I’m not sure of the significance of this but I guess symbolically they might be more likely to be heard? 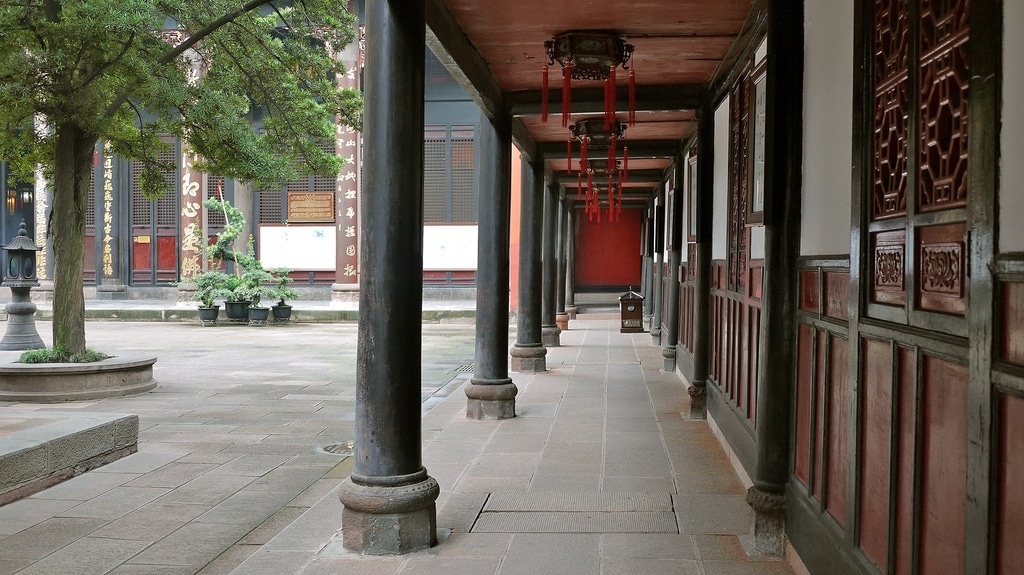 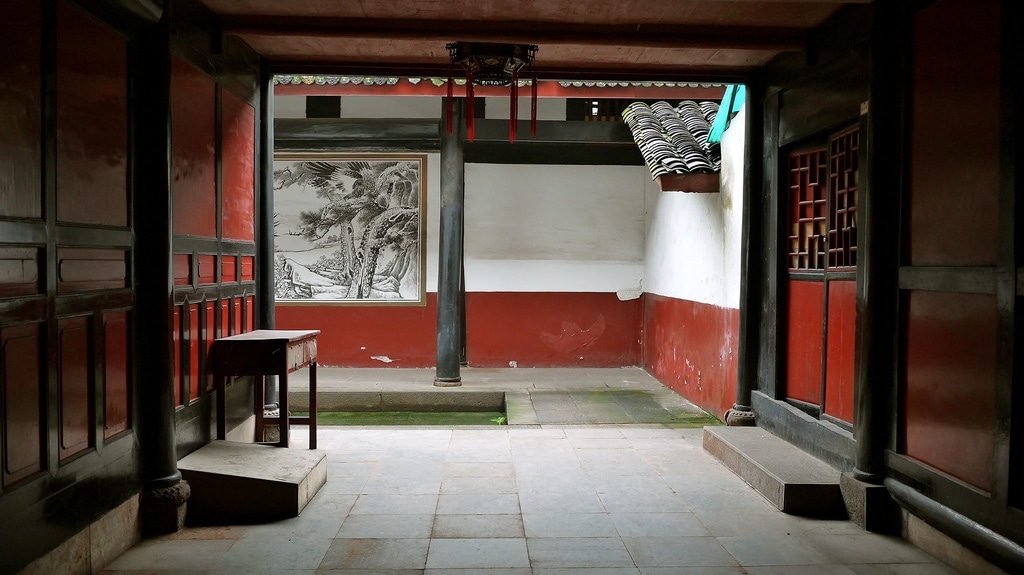 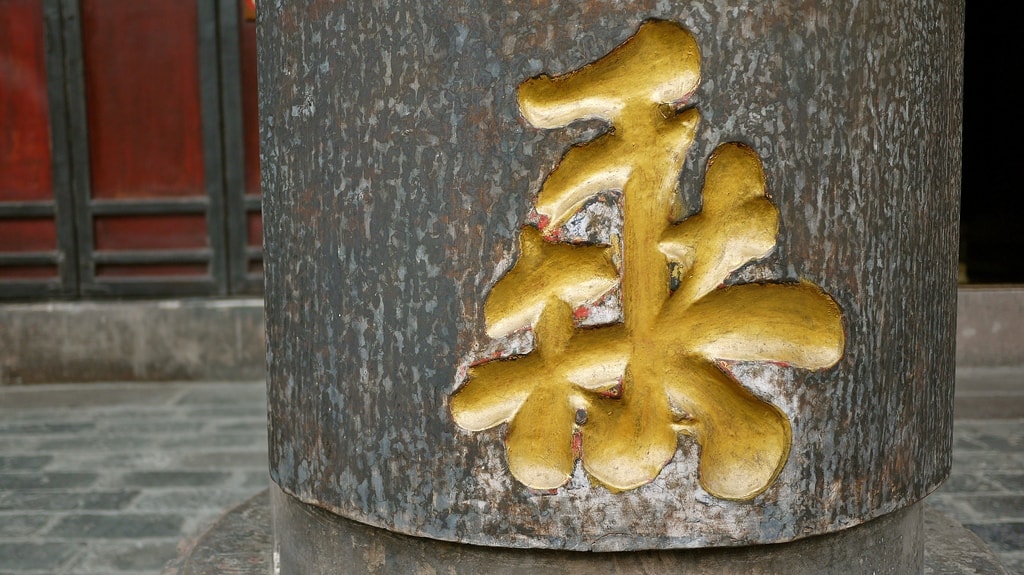 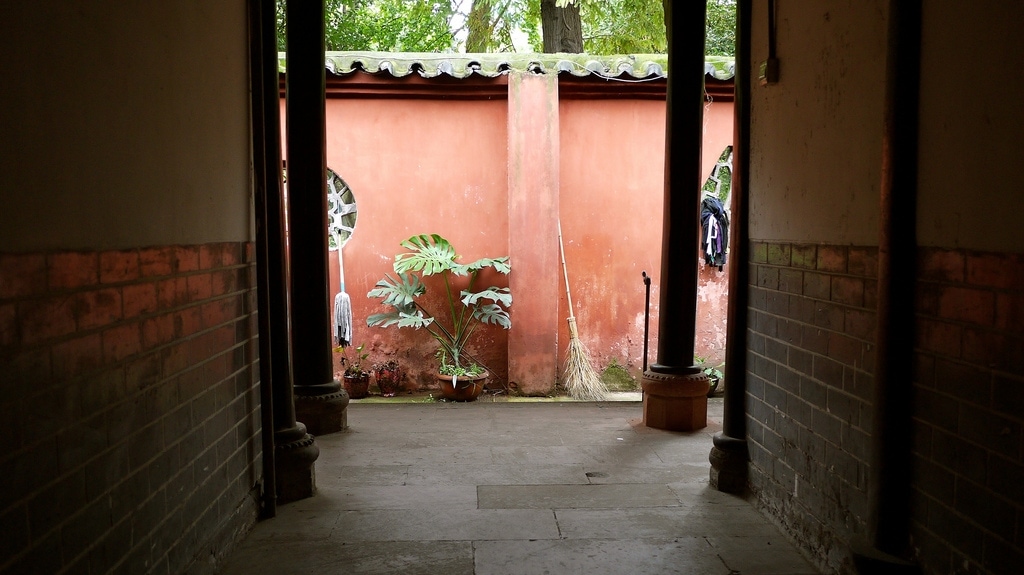 I enjoy poking my nose around corners into restricted areas although this can sometimes ruin the illusion. 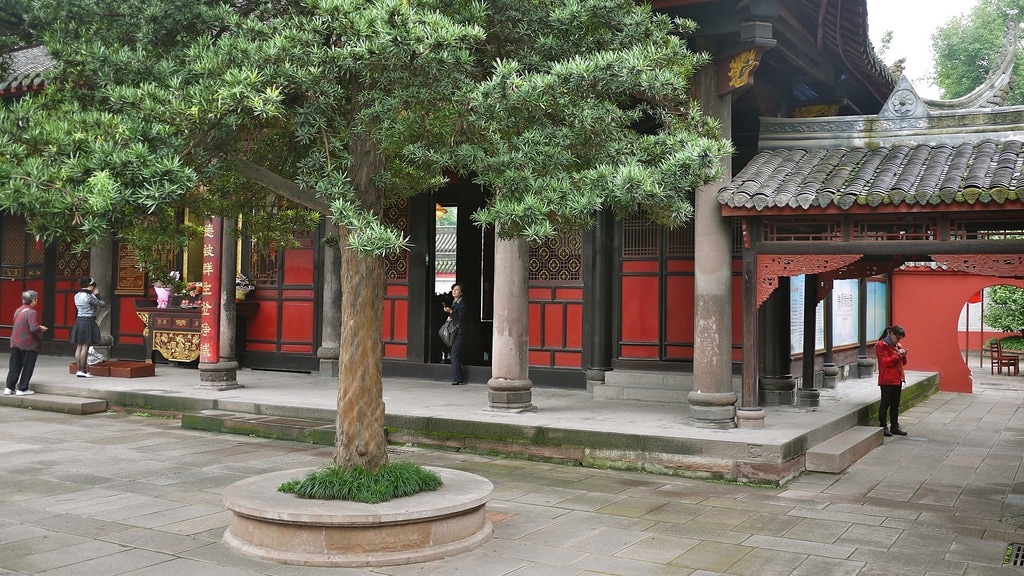 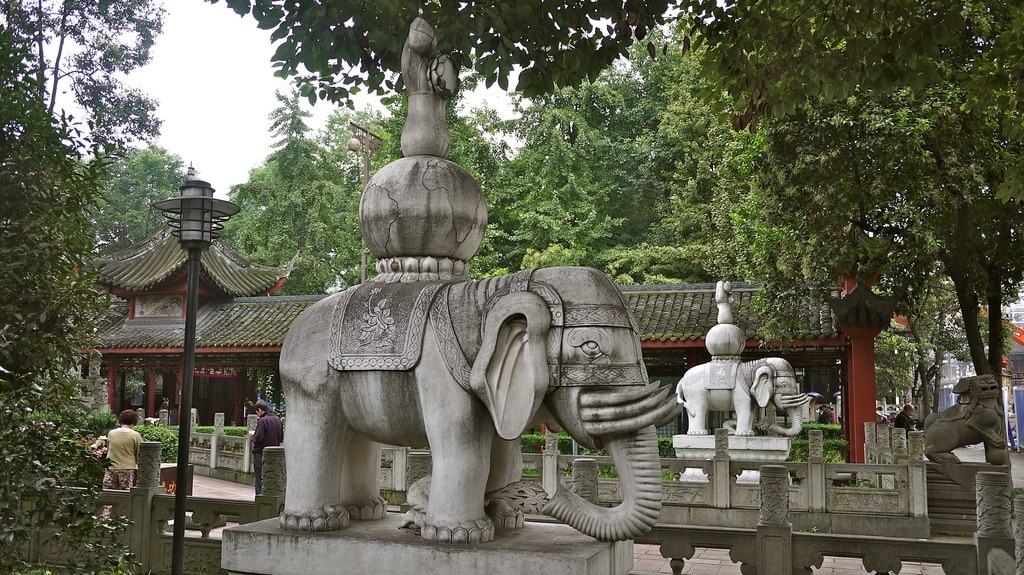 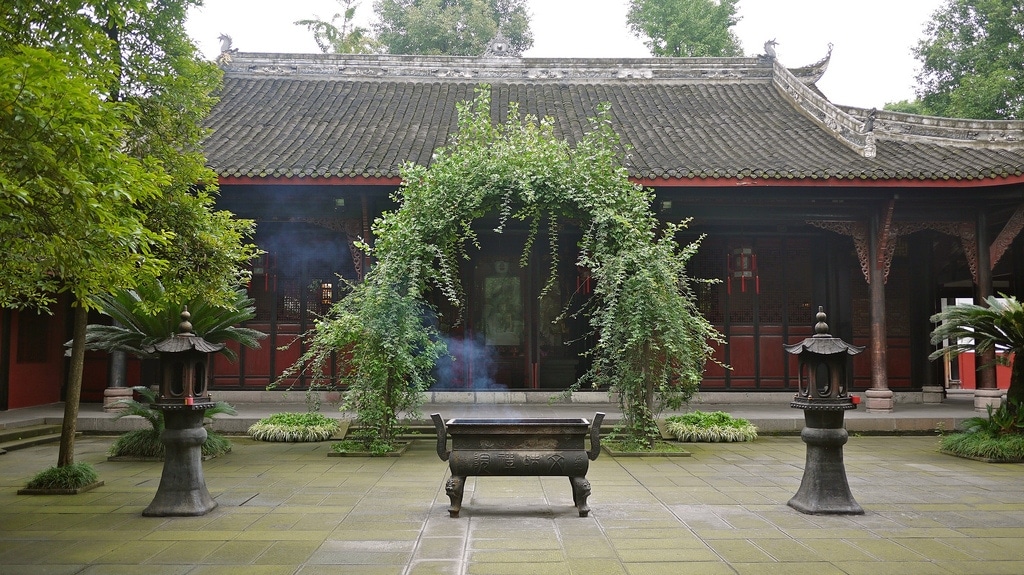 There are a teahouse and vegetarian restaurant in the gardens where you can get a healthy meal (Buddhists don’t eat meat) or just sit and contemplate the tranquil surroundings. 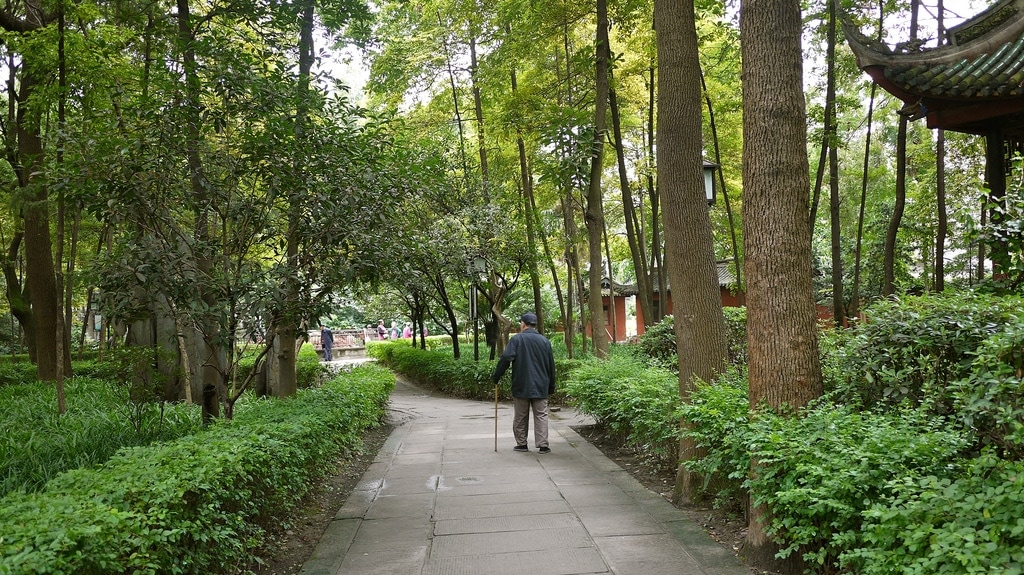 The temple is situated north of the central square on Renmin Zhong and the entrance fee is only 5 RMB so it’s well worth the visit if you’re passing through Chengdu.