On my first full day in Beijing I had planned to visit the embalmed Chairman Mao in his hideously ugly Mausoleum, which lies in the centre of Tiananmen Square, however that plan was thwarted by the National People’s Congress which was being held that week at the Great Hall of the People on the west side of the square. At other times of year you may see this notice:

“Not always open when the corpse of the Great Helmsman requires attention.”

…which I find rather hysterical for a dead guy more akin to hitler than God! 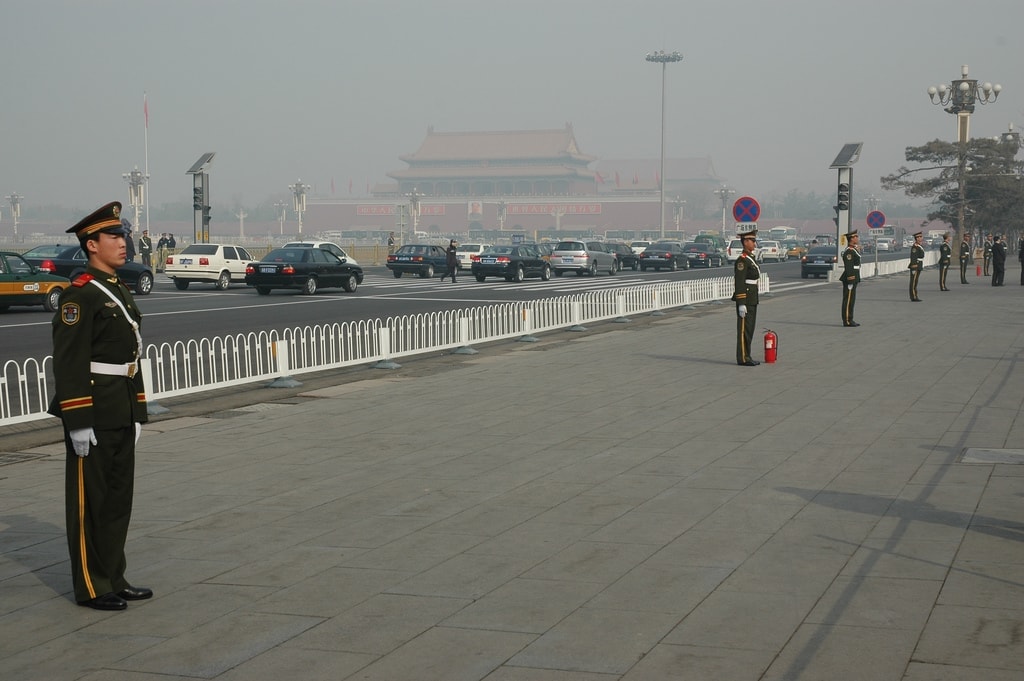 The general public was definitely being kept at arms length from the communist big-wigs with identical looking PLA soldiers stationed along the length and breadth of the surrounding roads. With this in mind I decided to take a stroll through one of my favourite places in Beijing: the Forbidden City. Since my previous visit restoration work had come on quite a long way but I found it slightly sad to see that the Chinese definition of restore seems to be “good as new” rather than preserving the original paint work etc. 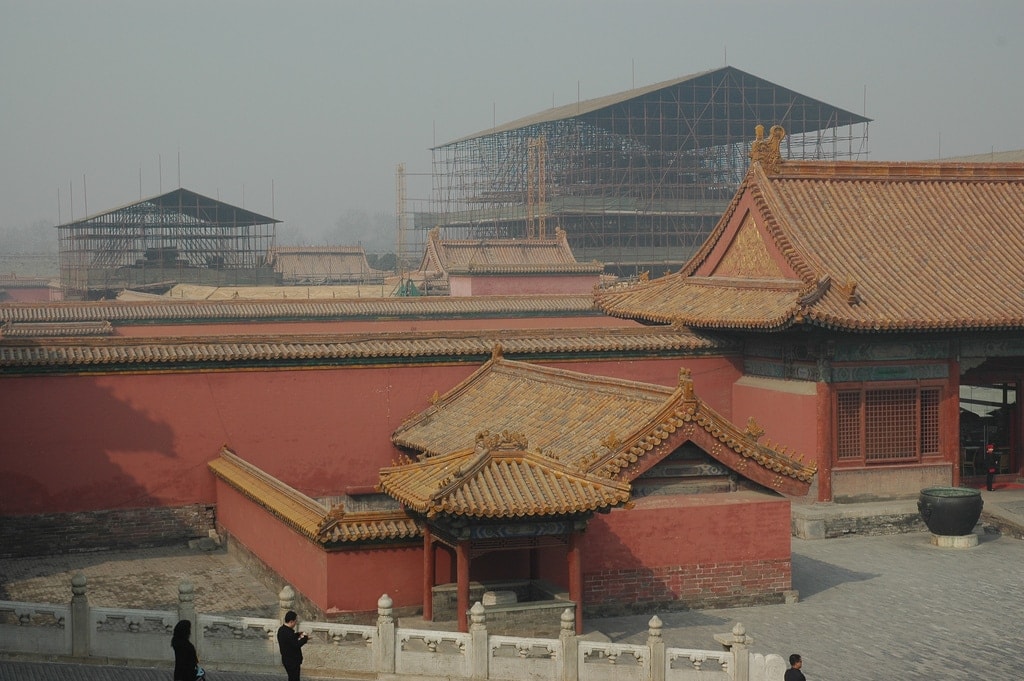 Whilst wandering about the many magnificent buildings which lie within I was particularly put off to hear an American tourist proclaim in a self-important tone that there was “nothing much to see here” at the same time as complaining that her Blackberry wasn’t working! This seems to be a trend amongst some American tourists who I’ve noticed many times being impatient, disrespectful, rude and generally condescending towards local cultures. It all makes me wonder why you bother going on holiday if you’re just going to stay at the Marriott, complain that locals can’t understand your thick accent and eat at McDonalds???! BOCTAOE 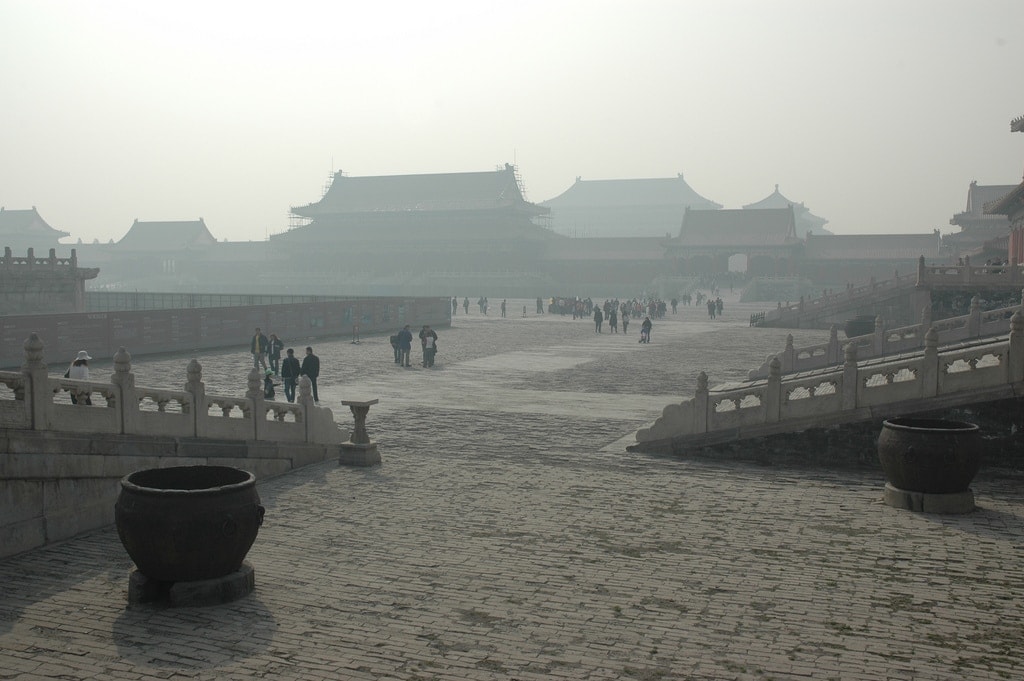 With a skyline somewhat obscured by a thick blanket of pollution the view from the top of the hill in Jingshan Park was almost non-existent. The park, which sits opposite the northern entrance to the Forbidden City, was witness to the suicide of the last emperor of the Ming dynasty and a sign still marks the spot where he hanged himself from a locust tree. Today the park is popular with older generations playing games and the odd lost traveller! 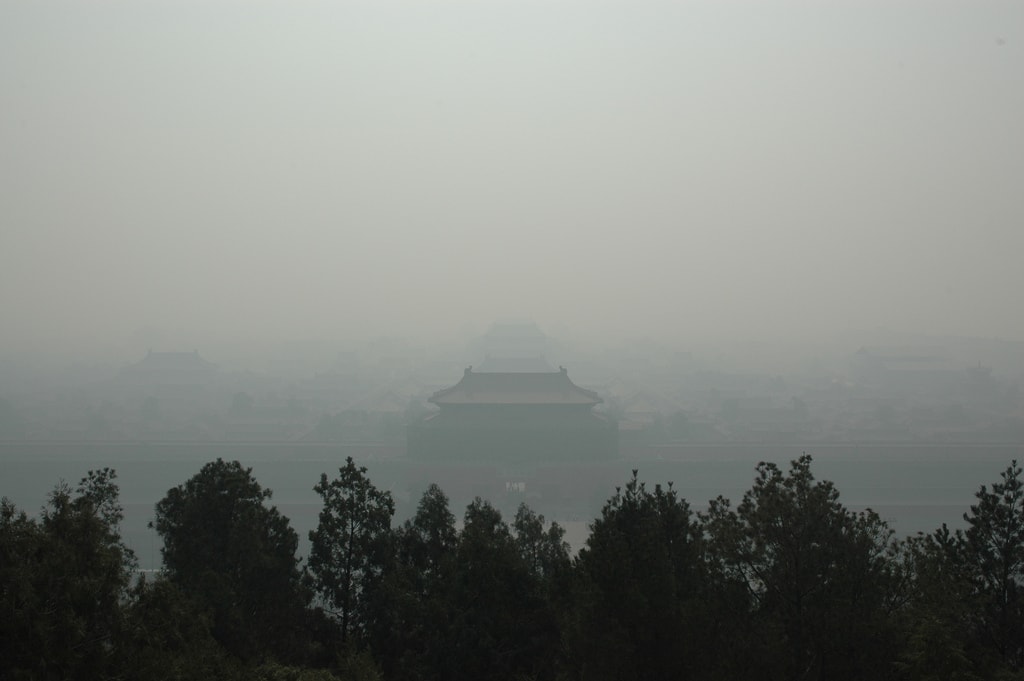