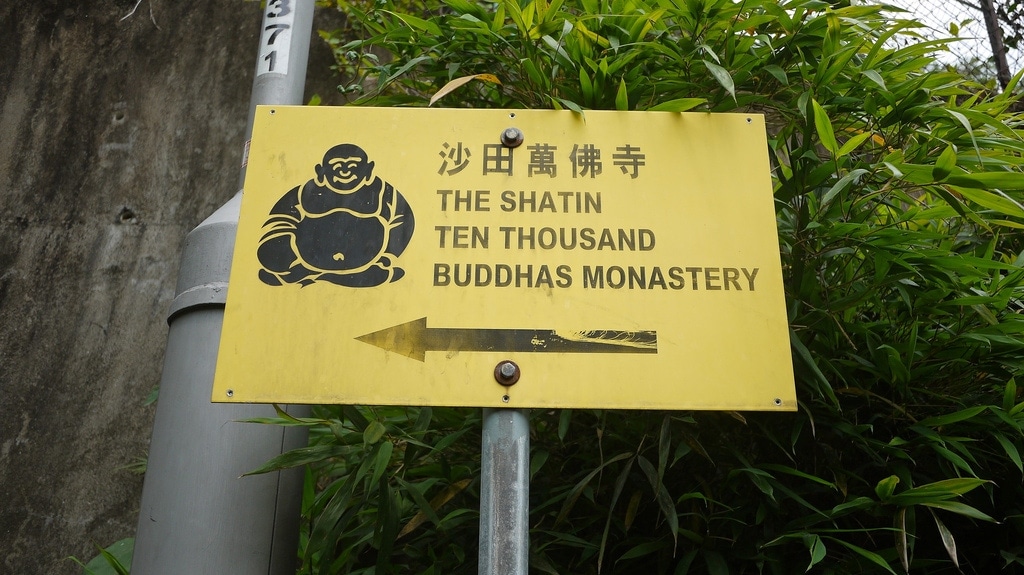 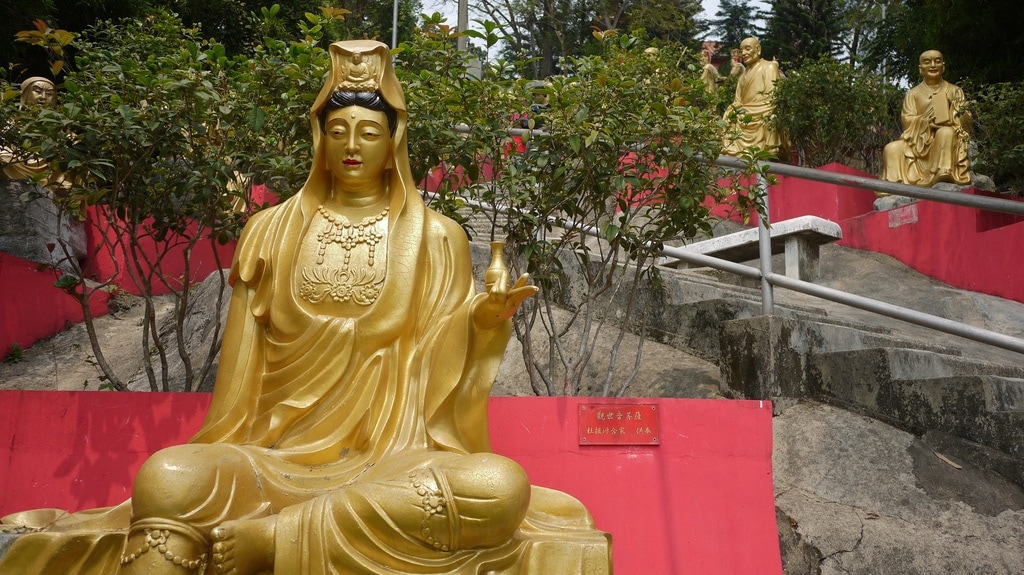 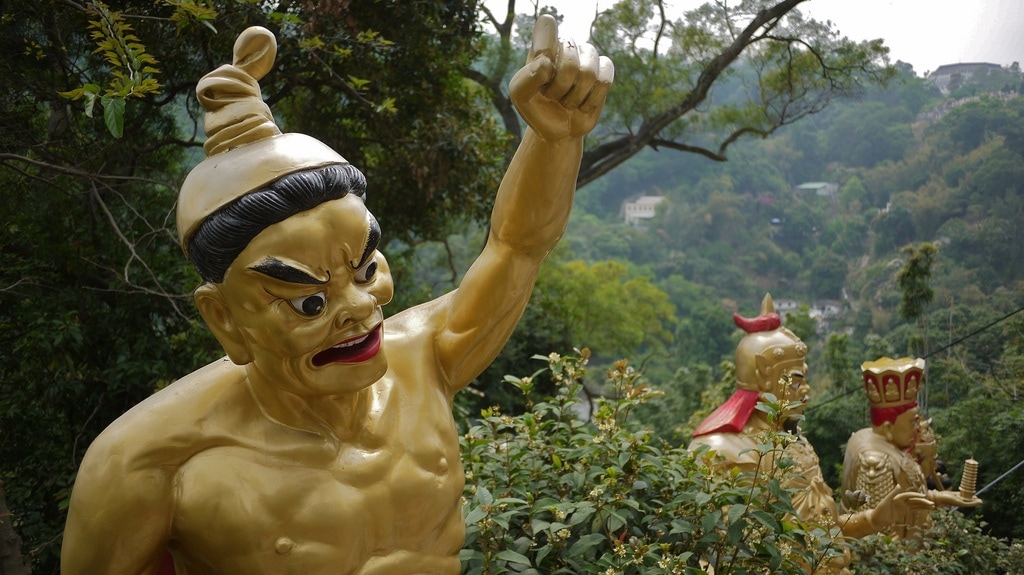 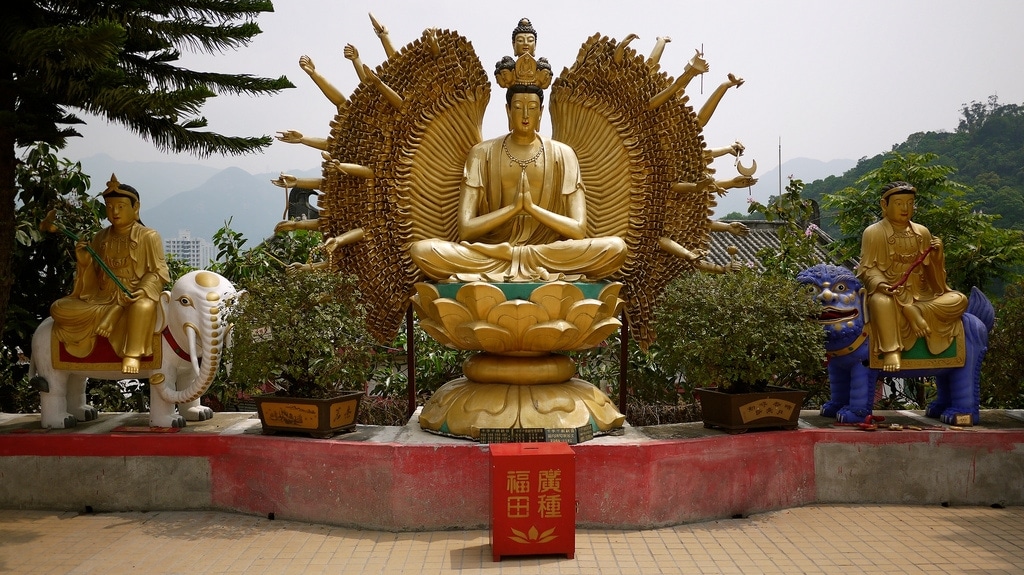 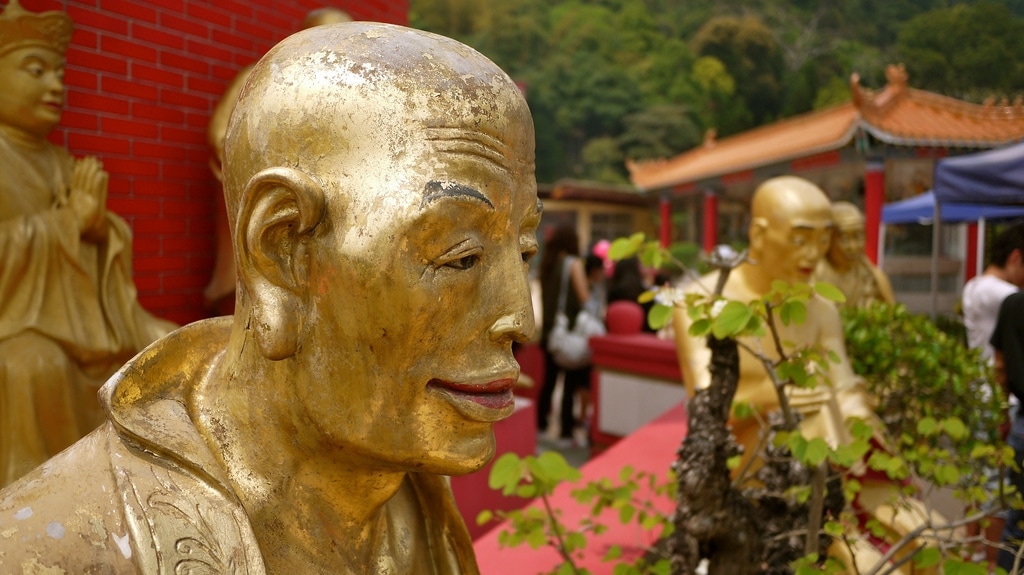 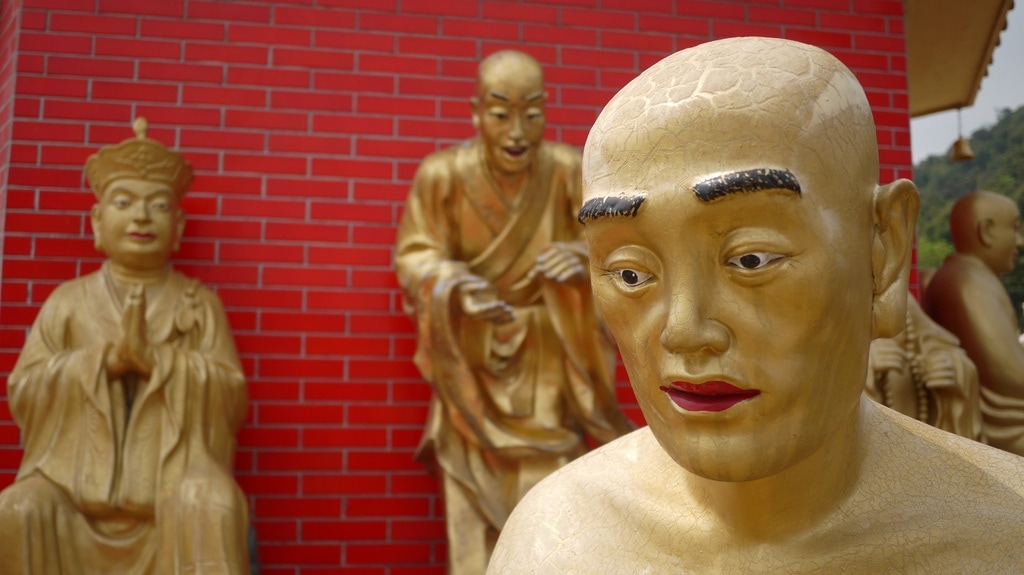 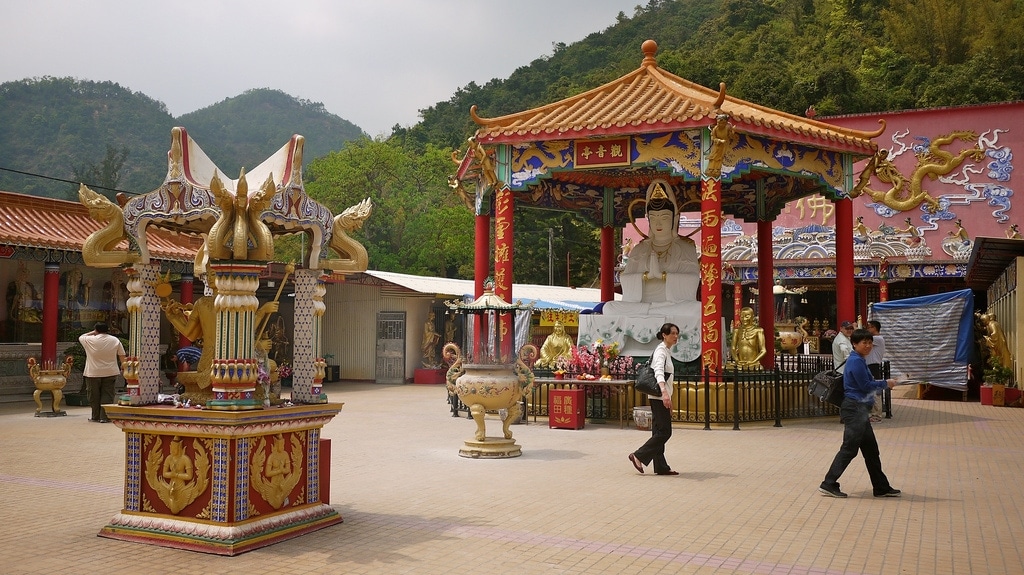 The monastery was found by the Venerable Yuet Kai in 1951 who, despite his old age, carried the materials up the mountain to construct the buildings and over 12,800 Buddha statues and images. Today, his preserved body is presented in the main hall of the monastery in a glass case (not as grim as it sounds). 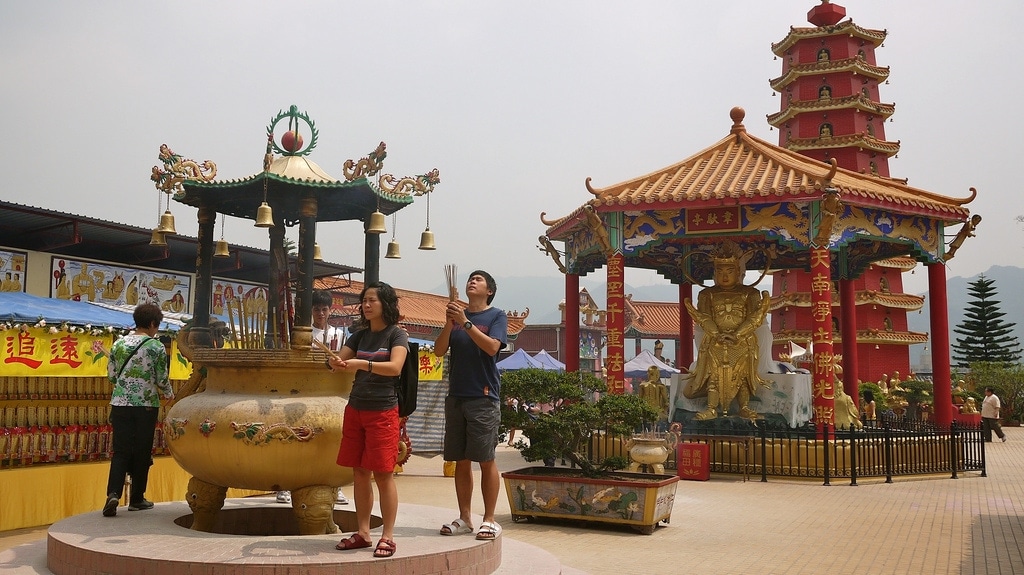 The monastery is constructed on two levels with a number of halls, pagodas and other structures. On a clear day a good view of the area below can be seen from its high vantage point. On the upper level there was a curious building which was in a considerable state of disrepair. Though the broken windows could be seen rows of fading black and white portraits – perhaps of former disciples who helped build it. Would make a good setting for a horror movie. 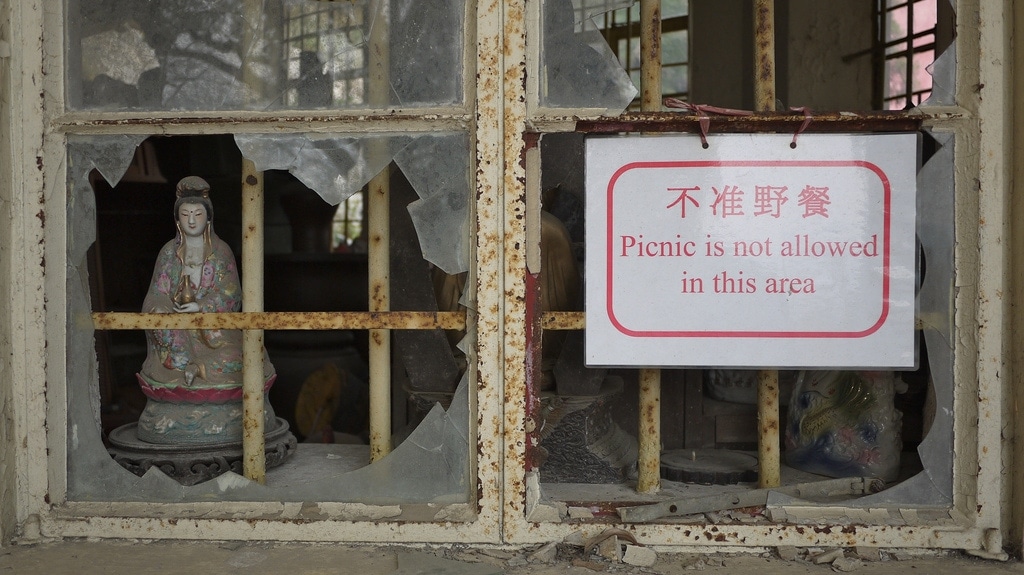 To my surprise in the trees above I notice some mischievous looking monkeys hanging around. I tried to take a photo but one of them looked like it had its eyes on my camera so I bid a hasty retreat! Clearly having a picnic here would be inadvisable. 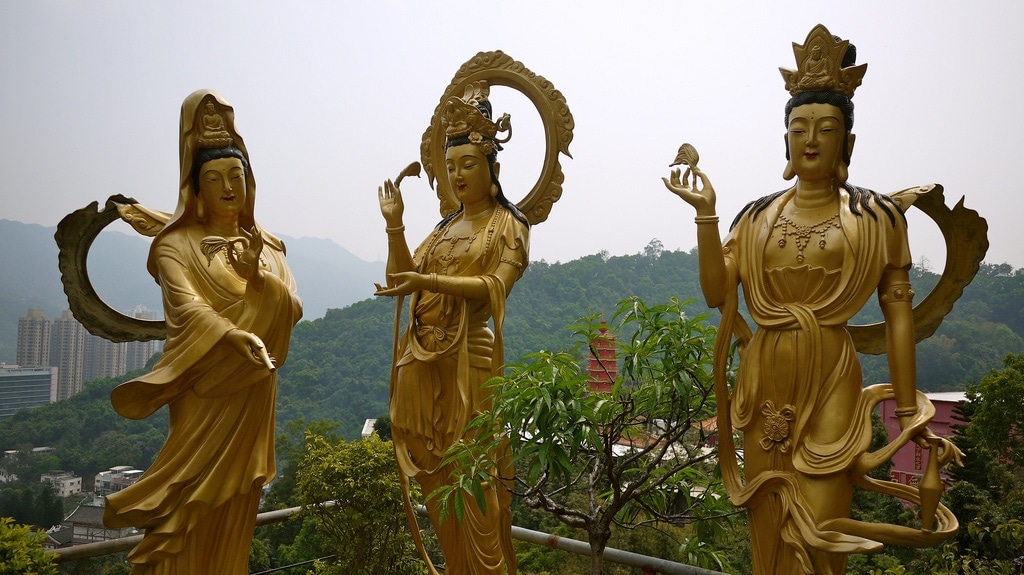 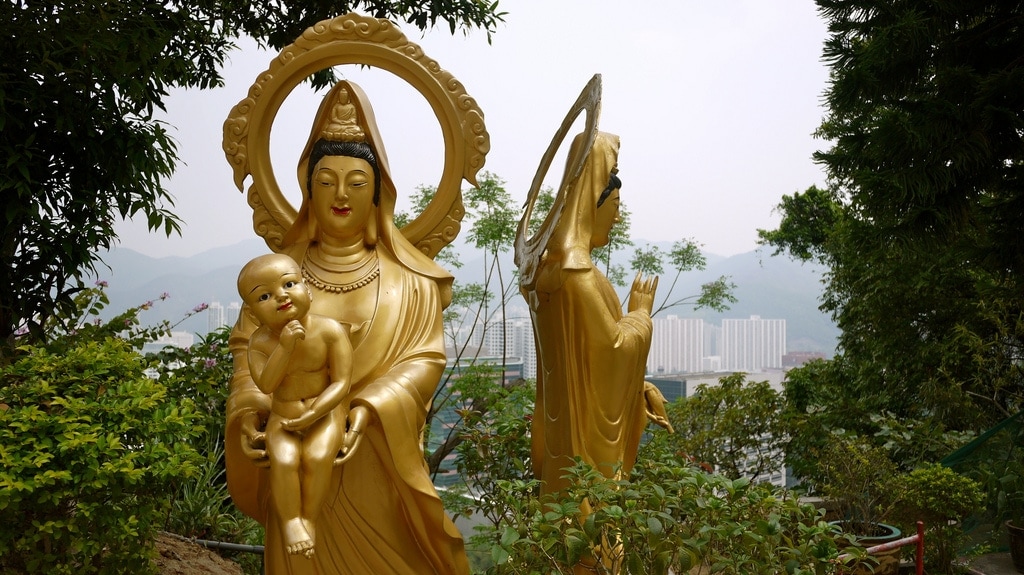