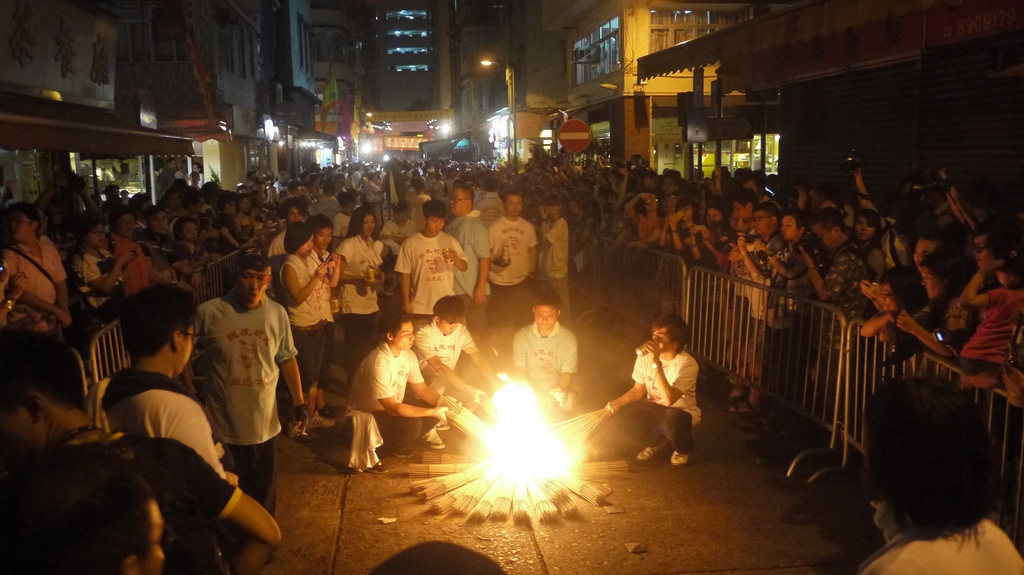 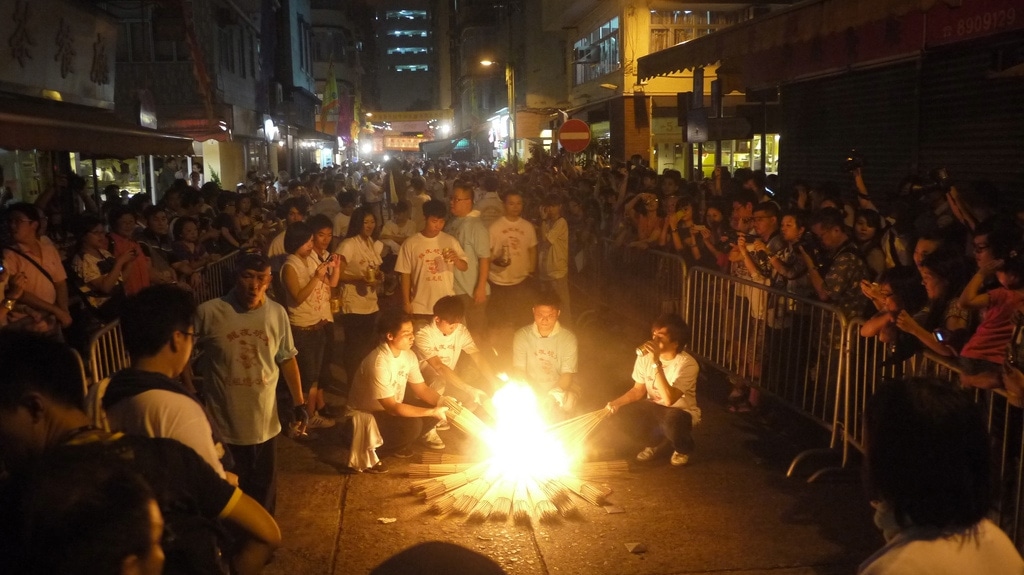 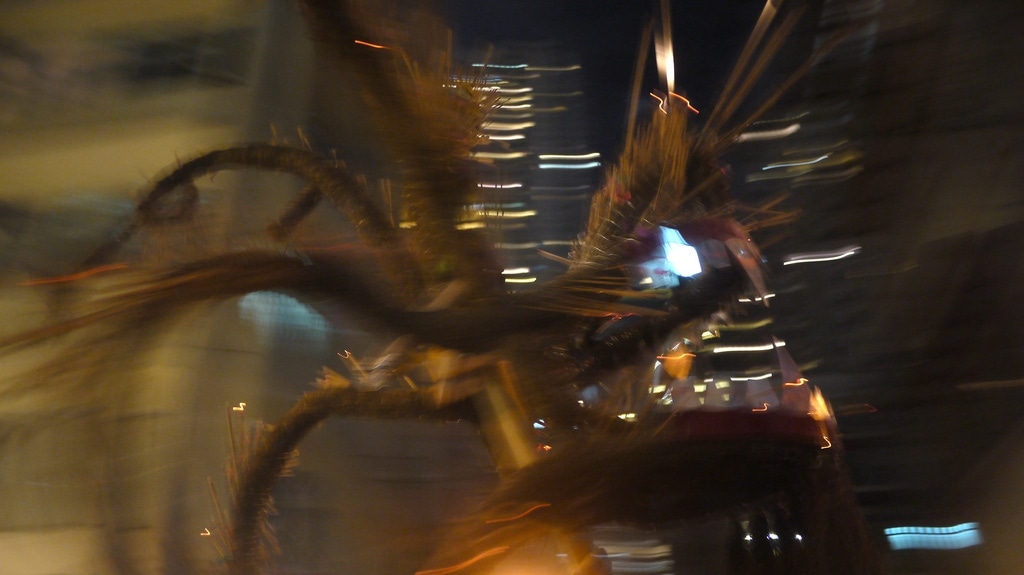 Seemingly miraculously the plague disappeared, possibly disinfected by the sulphur in the fire crackers. Every year since then the residents of Tai Hang (today situated between the busier districts of Tin Hau and Causeway Bay) have performed the Fire Dragon Dance for three nights during the Mid-Autumn Festival in memory of the incident.

This year I went along on warm sunday evening to see for myself and I managed to capture a bit of the action on the video above (HD version available on Vimeo). To get a good view you’ll have to arrive pretty early since it gets extraordinarily crowded. I don’t think I’ve ever seen so many people wielding digital cameras before! In a way this rather spoils it but at the same time the volume of people adds to the atmosphere. 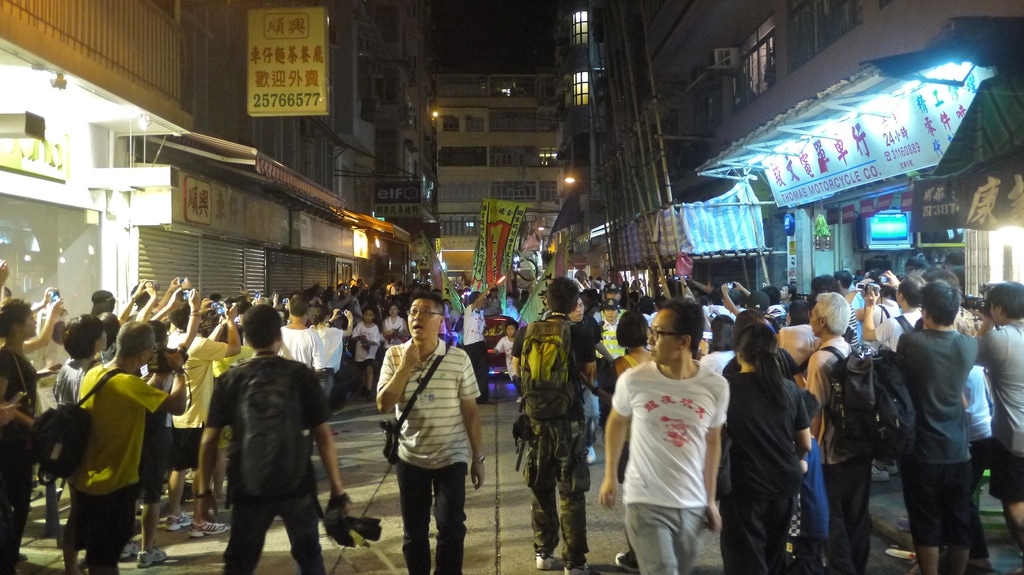 Once the dragon has paraded through the main street it careers down some of the narrower side-streets from where you’re more likely to get a closer view – although get too close and you may end up with face full of burning incense. Sadly my shots were pretty blurry but you can see a better gallery on CNNGo. 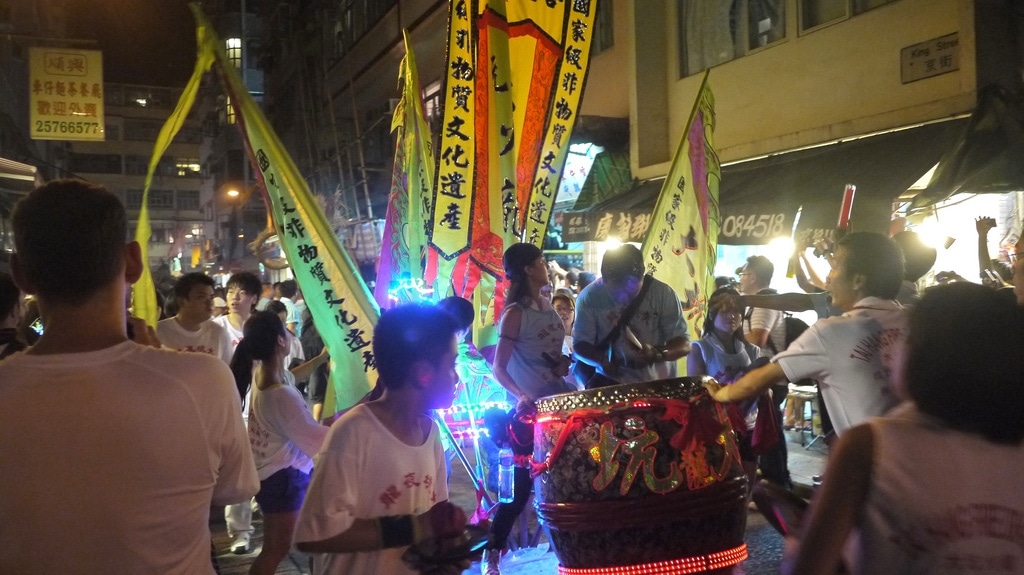 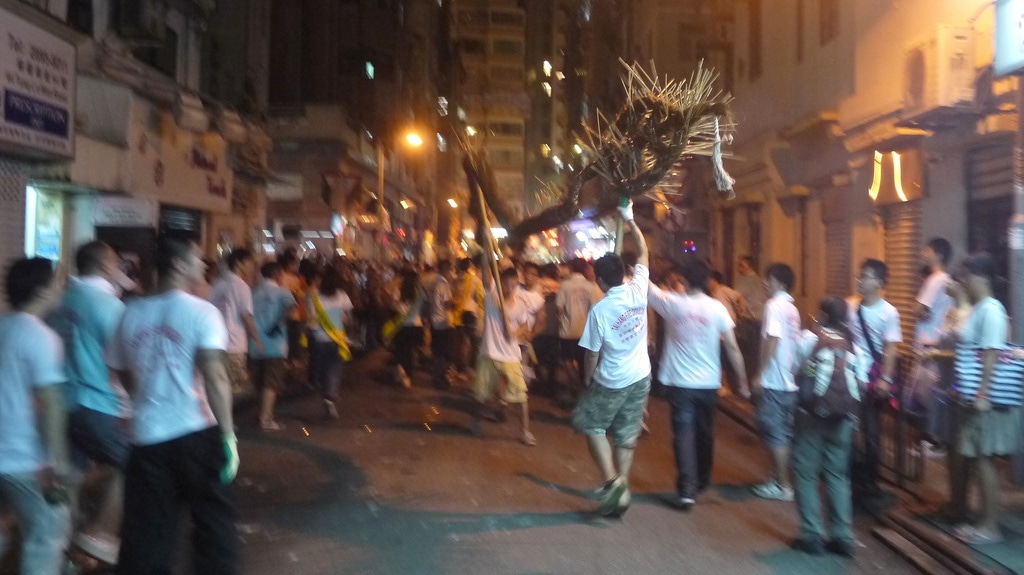 In nearby Victoria Park at the Lee Kum Kee Lantern Wonderland there was also a Guinness World Record attempt with a lantern that measures 37 meters long and 14 meters wide. Shaped like a fish it pulsated with different lighting patterns – novel but a bit tasteless in my opinion…