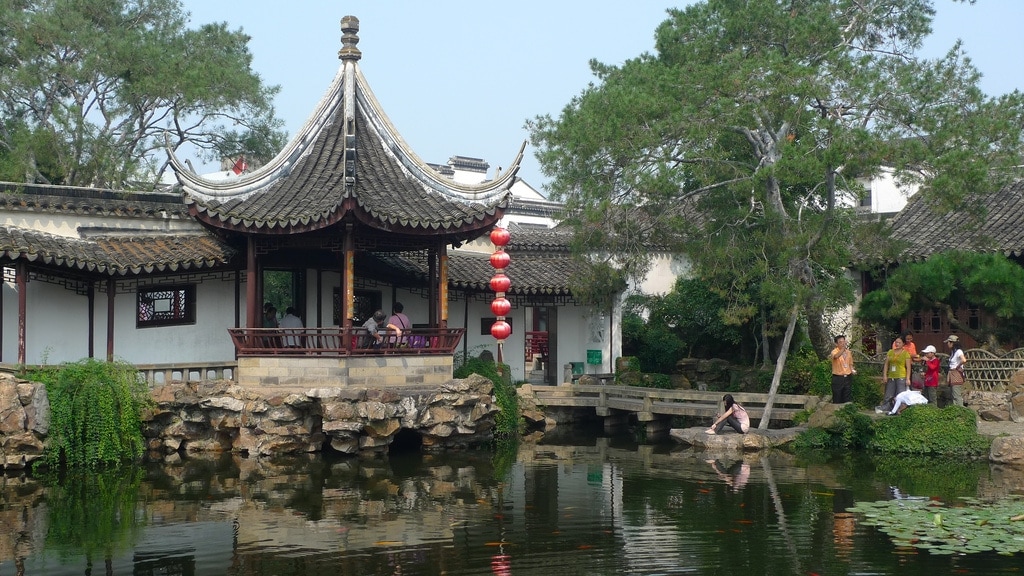 The second stop on my travels during the mid-autumn festival was Suzhou. The ancient city is renowned for its beautiful stone bridges, pagodas, and meticulously designed gardens. Because the trains from Shanghai were so packed the earliest we could get there was mid-afternoon by which time a lot of the gardens were beginning to close (my friend even tried to bribe a guard to get in one but he wasn’t having any of it!). Instead we contented ourselves with wandering around the tree-lined streets in search of somewhere nice to eat. 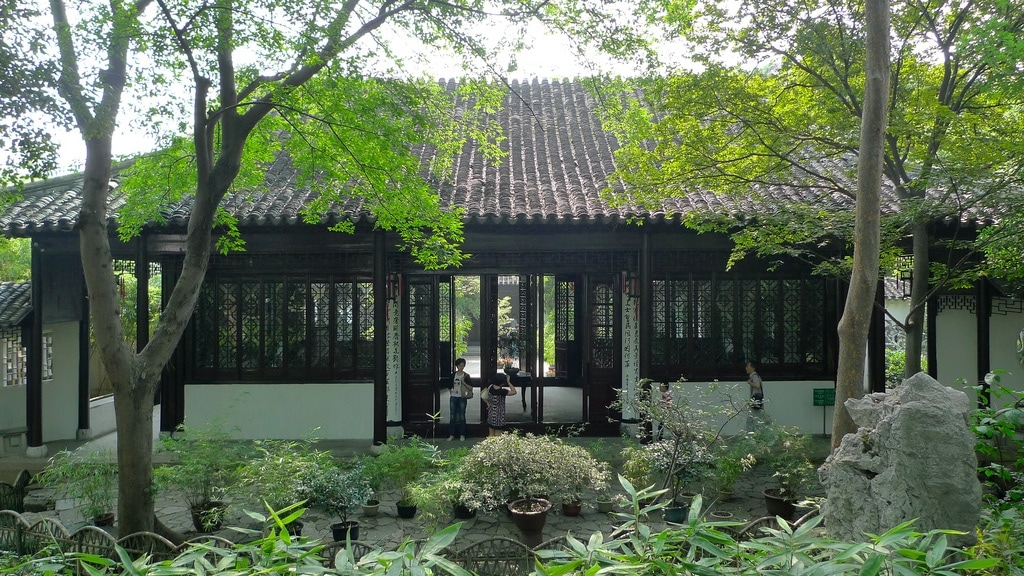 After some delicious hot-pot the night before we spent the morning exploring the Master of the Nets Garden (top) and Blue Wave Pavilion (above and below). The former is considered among the finest gardens in China and has been designated a UNESCO World Heritage Site, having first been constructed more than 800 years ago. Inspired by the simple and solitary life of a Chinese fisherman it is apparently regarded among garden connoisseurs for its mastering the techniques of “relative dimension, contrast, foil, sequence and depth, and borrowed scenery”. 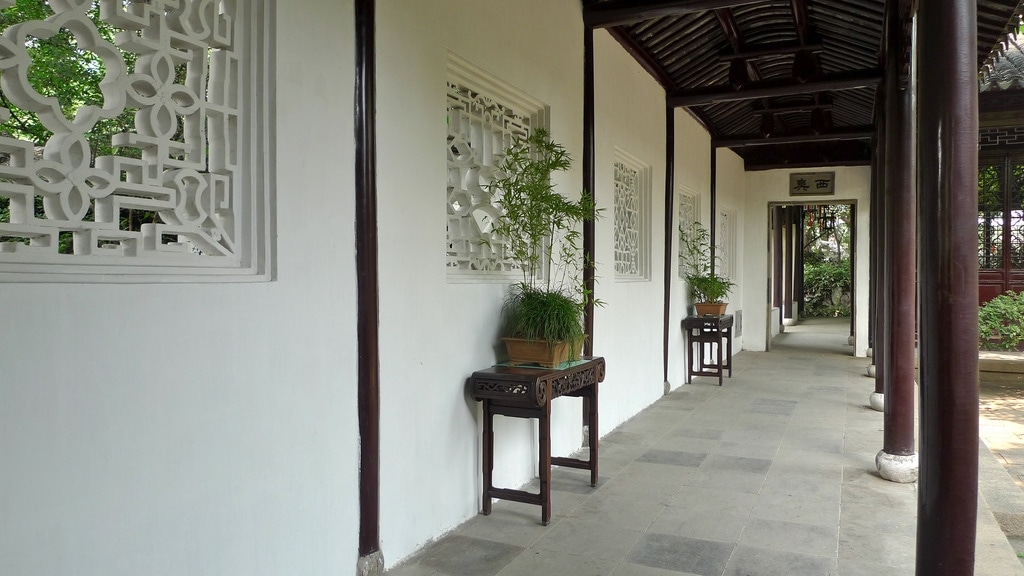 The Blue Wave Pavilion is the oldest garden in Suzhou dating back to 1044 CE (Song Dynasty). Surrounded by a small lake it’s rather overgrown but retains a distinct beauty with its bamboo groves and a man-made hill upon which sits the pavilion after which the garden is named. You can well imagine scholars and government officials relaxing here sipping green tea and discussing the affairs of the time (probably with a few concubines!). Even to my untrained eyes the skill behind the design of these gardens was clear. Whilst wandering around a friend remarked “Why doesn’t China know how to make such beautiful places anymore?” and indeed you have to wonder what on earth Mao was thinking when he kicked off the Cultural Revolution which led to the destruction of much of China’s heritage including the skills and thinking which lay behind them. Today China seems to yearn for this idyllic image of the past but has yet to learn how it can be interpreted in the modern world. 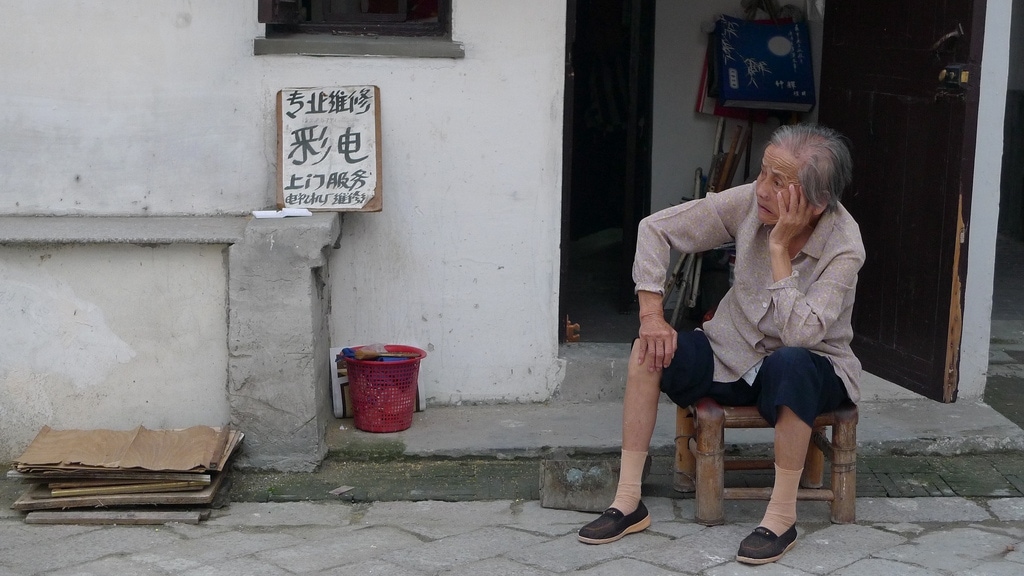 Frankly once you’ve seen a couple of these gardens they all begin to look the same. One day will probably be enough for most travelers to get a satisfactory taste of Suzhou. The old lady above has clearly stayed too long!