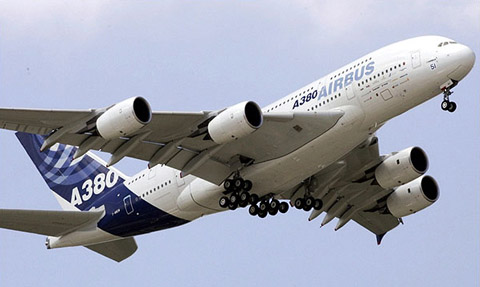 The Airbus A380 super-jumbo at the Paris air show yesterday

It’s good to know that there are still some industries in which Europe is the leader in terms of innovation, a fine example being the new Airbus A380 which follows in the footsteps of aircraft like Concorde in being pioneers of new technology.

With a seating capacity of up to 840 and a wingspan of 80m the A380 is one enormous aircraft the likes of which have never been seen before. Whether of not it will be a high-flyer is still a matter of speculation however impressive it is.