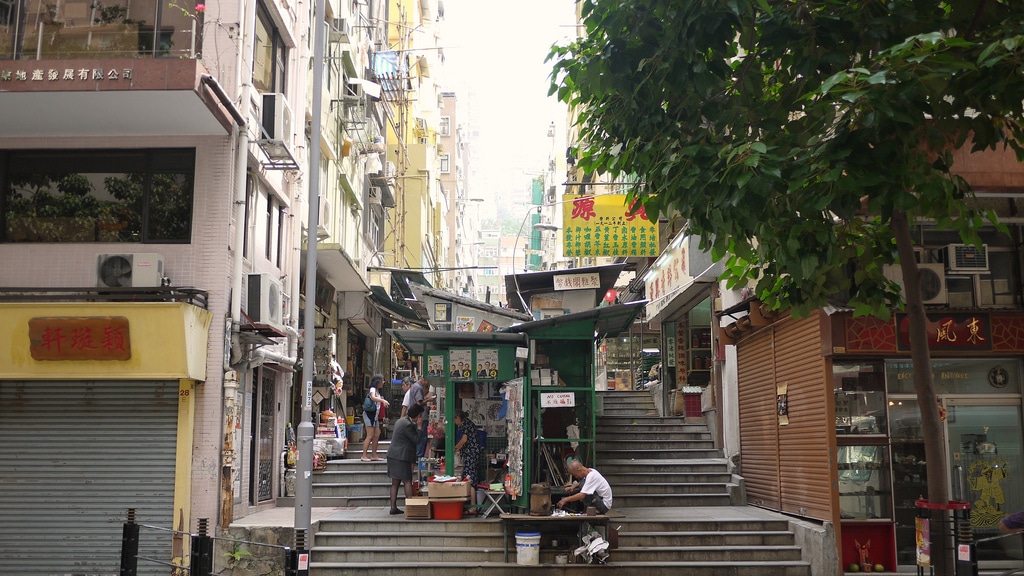 To the west of Hong Kong’s frenetic Central district lies its quiet neighbour Sheung Wan (上環), one of the earliest places to be settled after Hong Kong became a British colony in 1842. Unlike other areas a lot of the past has survived here and despite creeping gentrification it’s still a great area for a leisurely stroll. Back in 2008 it was one of the first places I visited in Hong Kong and I recently went back for a closer look. 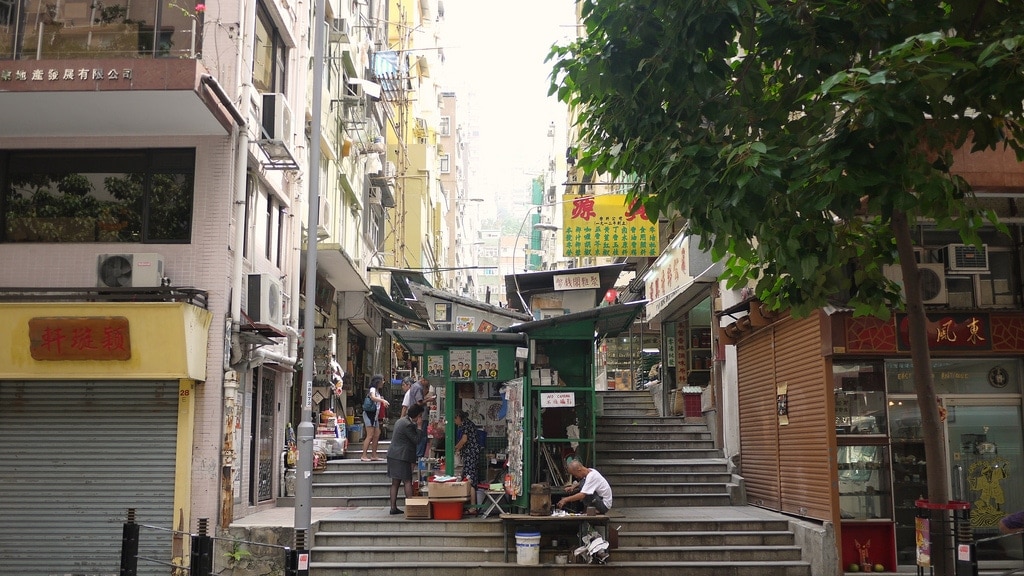 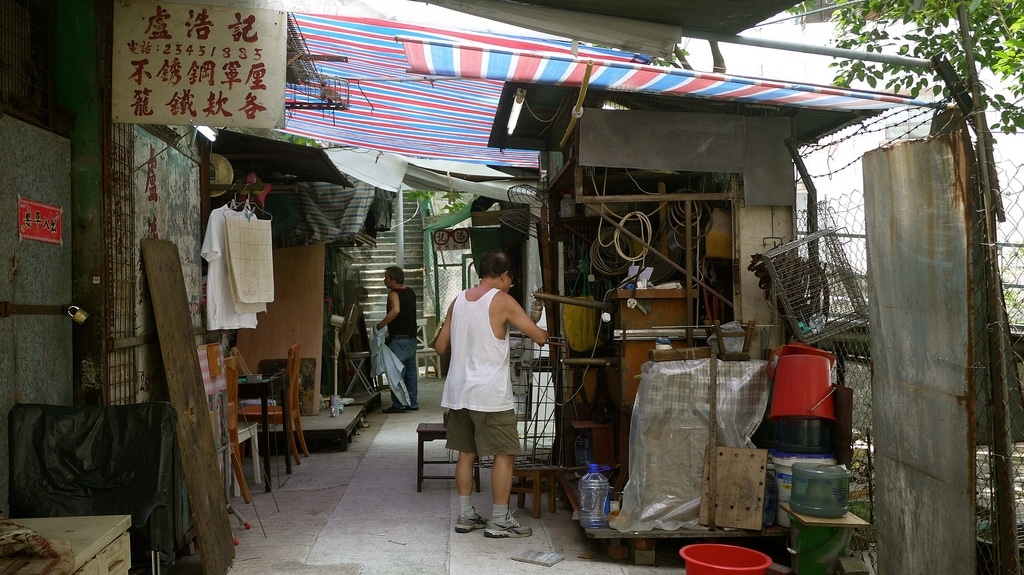 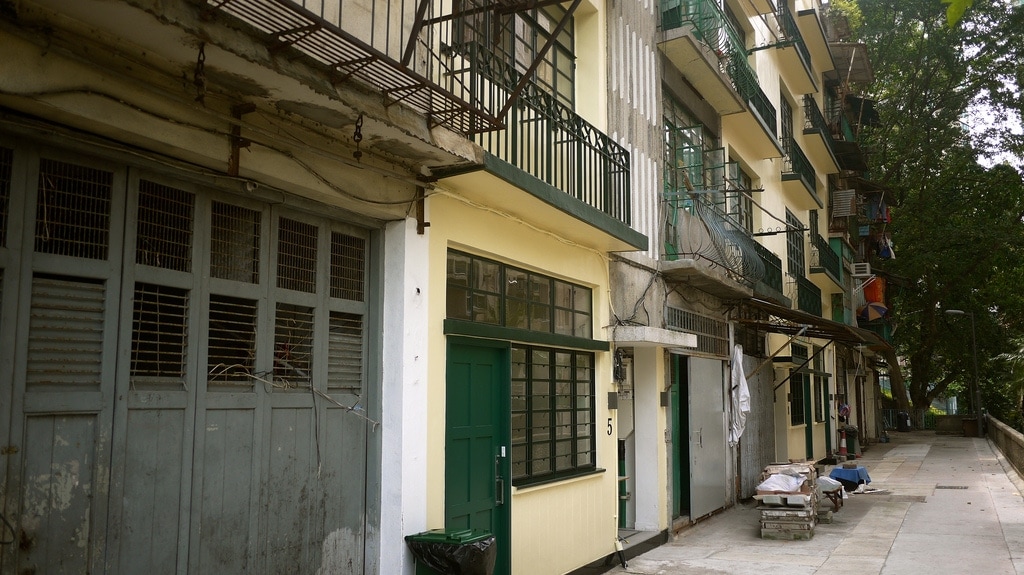 A stones throw away from the former Police Married Quarters can be found Wing Lee Street (永利街), a thin slice of 1960’s Hong Kong which was recently saved from redevelopment after it was brought to light in the highly acclaimed film Echoes of the Rainbow (歲月神偷) that was shot there. 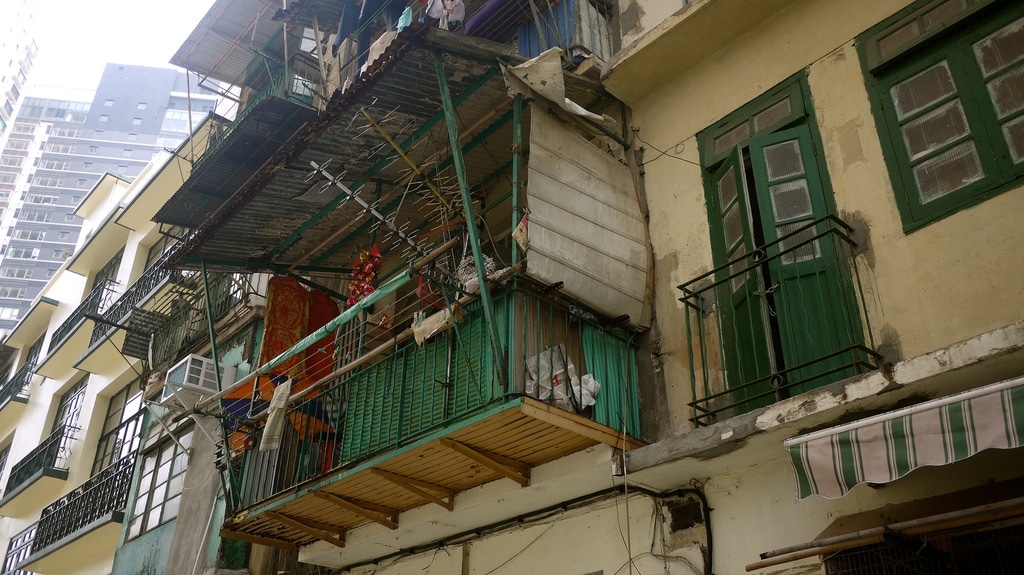 The street has lost some of its charm since most of the tong lau (唐樓) tenement buildings have now been renovated but you can still see a few signs of how things once were. Traditionally the ground floor was reserved for commercial use, mostly by a number of small printing businesses, with the upper floors for residential use. 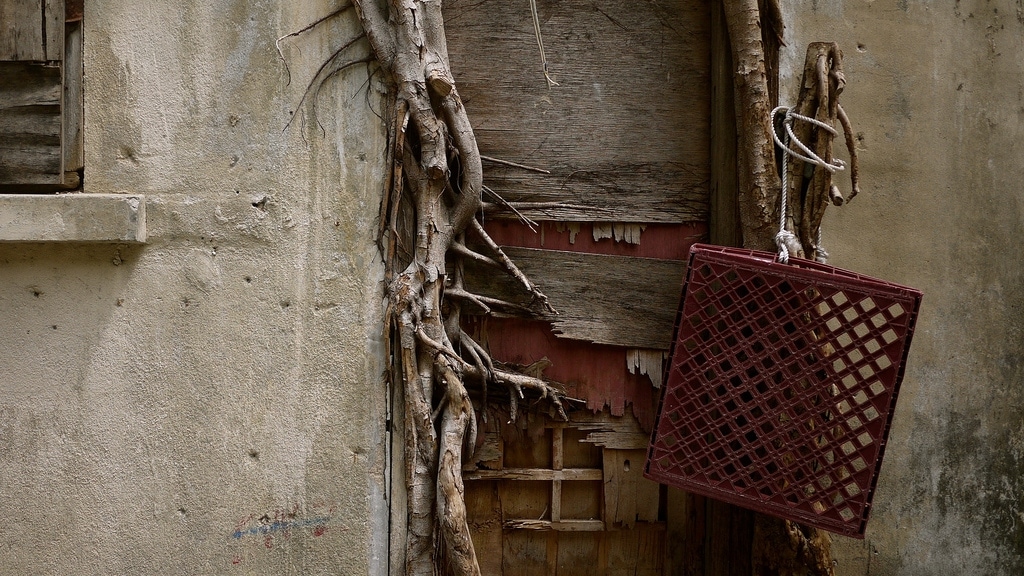 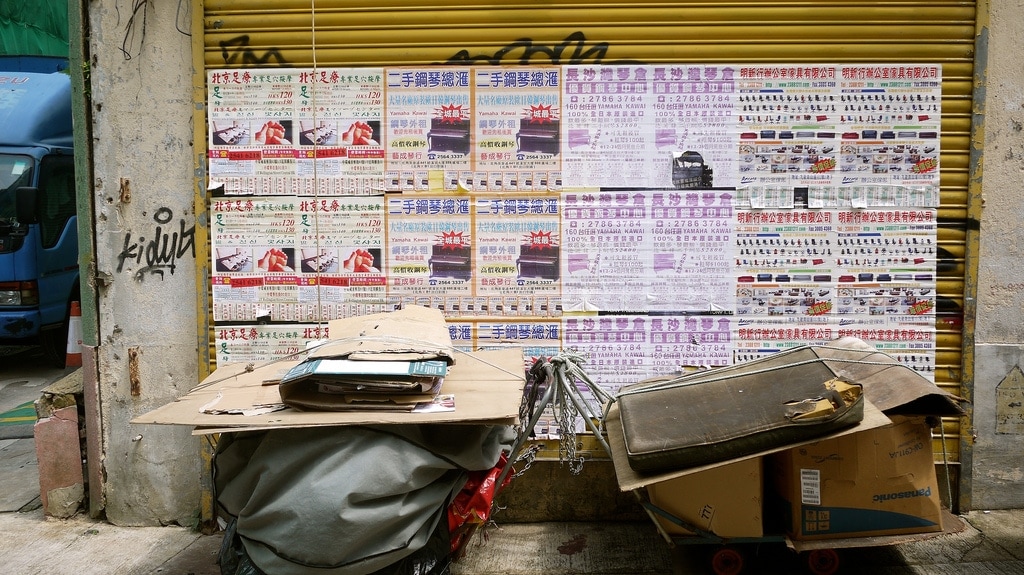 Small carts which refuse collectors push around are a common sight on all Hong Kong streets. Flyposters for acupuncture, piano lessons and cheap furniture aplenty. 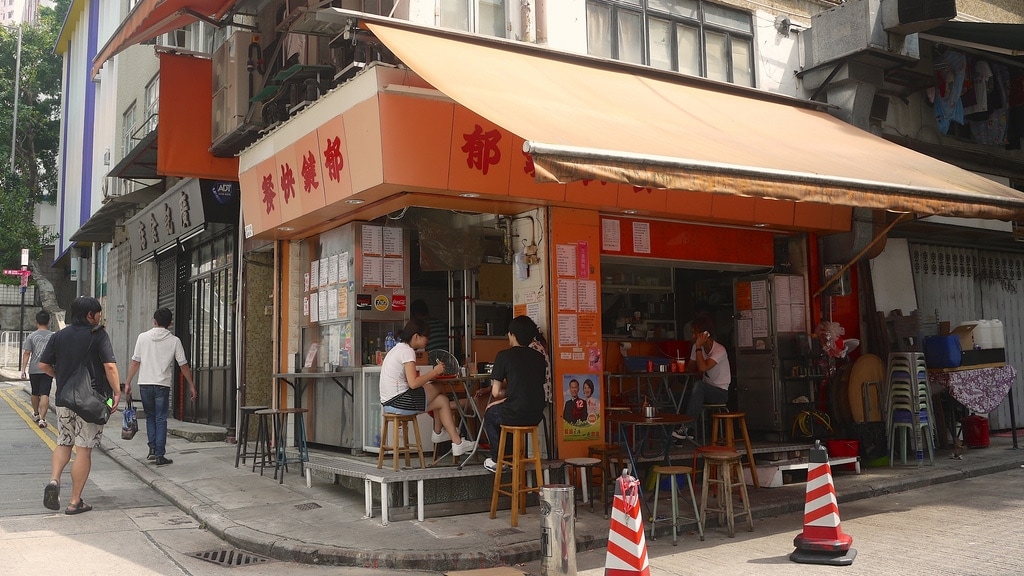 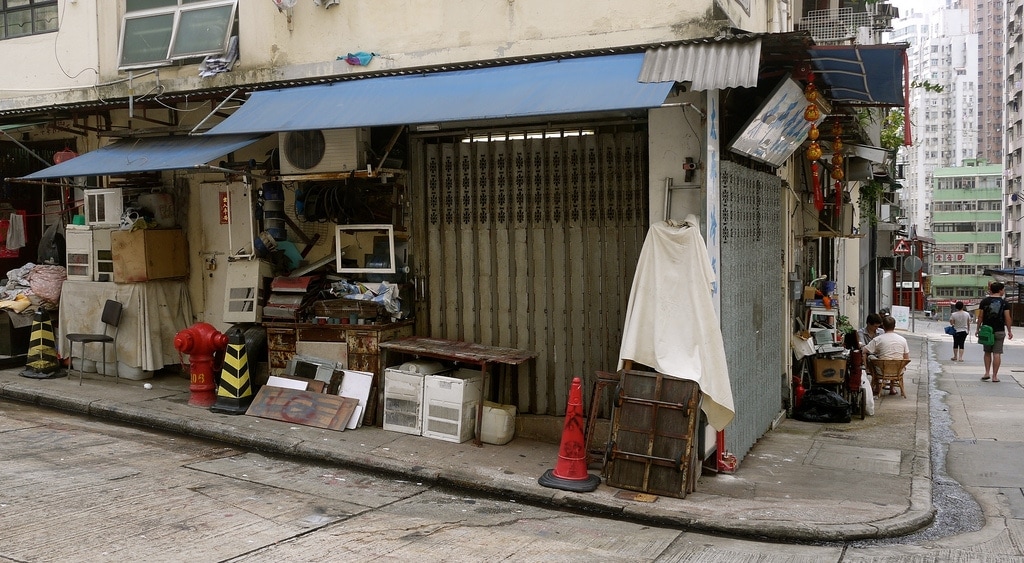 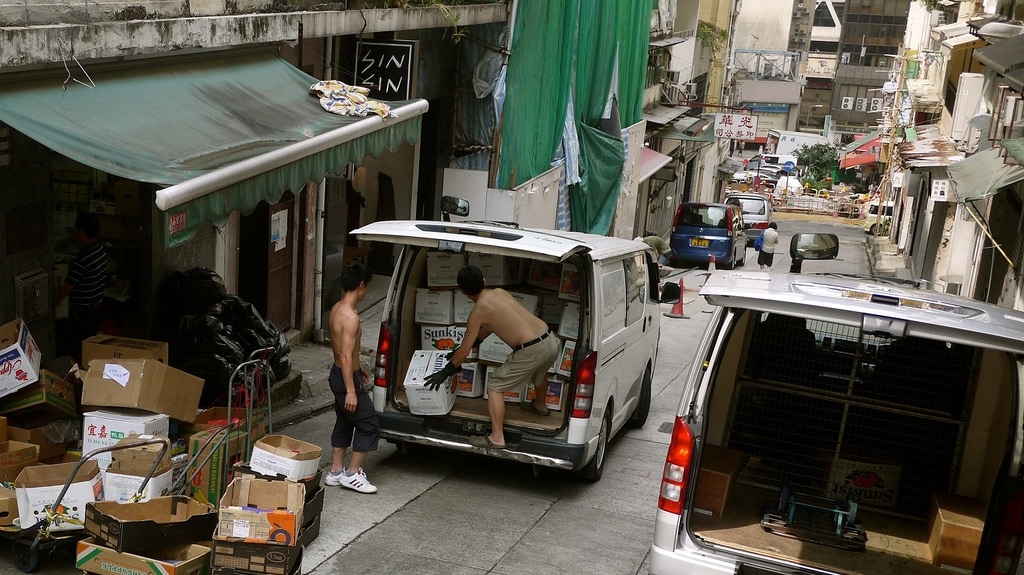 With impressive inclines you would not want to forget to engage your hand brake on one of Sheung Wan’s ladder streets! 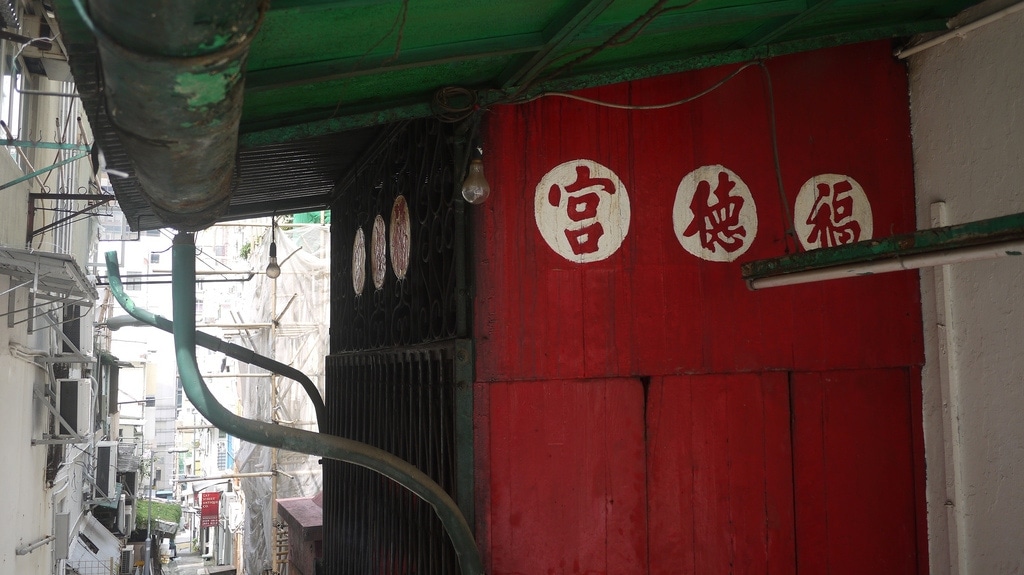 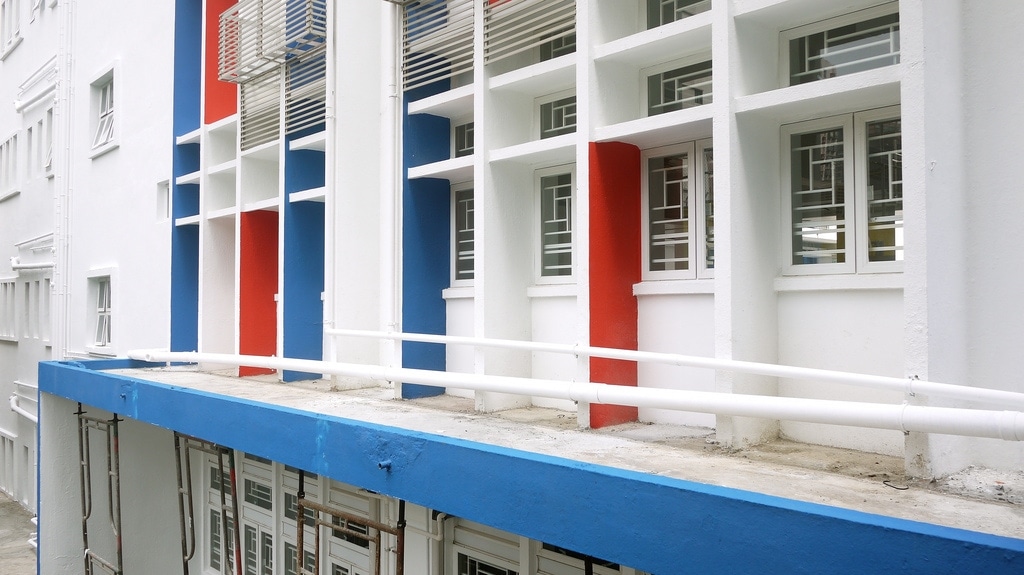 Below are some fascinating videos which show how the area has changed from the late 1940’s through to 1989 – it’s nice to see a few recognisable landmarks like the Man Mao temple.