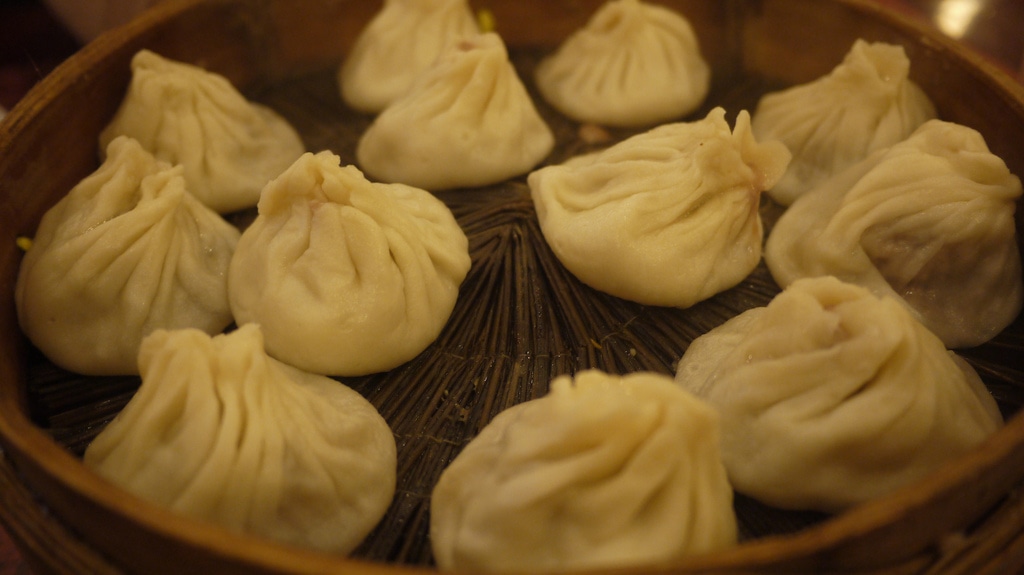 A recent article published by CNNGo on ‘40 Taiwanese foods we can’t live without‘ garnered over 90,000 Facebook likes and many passionate comments within a few days of being published, proving that if there’s one thing you can count on throughout Asia, it’s that people really like their food. I’d go as far as to say they’re even territorial about who makes what best so it can be a touchy topic of conversation!

One of the regions most loved delicacies is xiaolongbao (小笼包), a type of steamed bun filled with pork and a rich soup, which originates from Shanghai. Any Shanghainese grandma will tell you that the original is by far the best but across the Taiwan Strait in Taipei locals will say that they were the ones to perfect it. Of course there was only one way for me to find out…

For the original authentic taste of Shanghainese xiaolongbao you wont find any better place than Fu Chun in Jing’an district. Getting a seat is not for the faint of heart, with people literally waiting beside the tables of those already eating, but if you don’t mind being watched it’s certainly worth it. 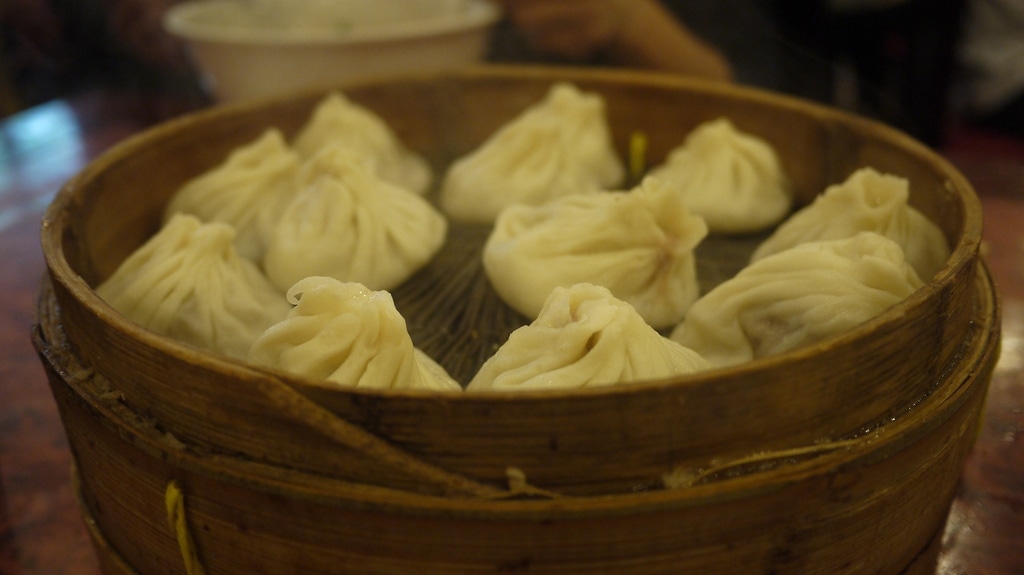 Eating a xiaolongbao can be a hazardous experience, since biting to hard can result in scalding soup spraying all over you and your companions, but once you’ve mastered the approach the experience is almost heavenly. Meaty and savoury with a slightly thicker skin than its Taiwanese counterpart and strong hints of rice wine and soy sauce, you’ll want to savour each mouthful of Fu Chun’s freshly made xiaolongbao. No thrills, but at just RMB 10 a dozen for the real deal you can’t go wrong.

More of Shanghai’s best xiaolongbao can be found here and here.

Din Tai Fung is a Taiwanese institution with locations around the world and many awards to its name, including being ranked as one of the world’s top 10 restaurants by The New York Times. With such accolades come higher prices also (~ TWD 400 / RMB 80 per person).

Although Taipei has multiple Din Tai Fung branches you can still expect a queue to get in, but it’s a far more orderly process with an electronic ticketing system. The video above provides a good taste of what’s in store. 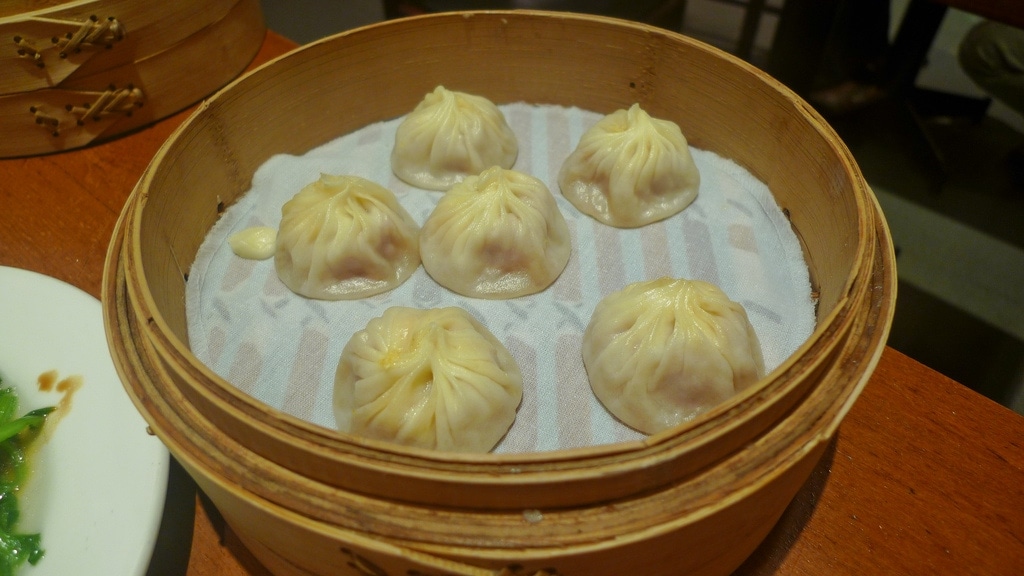 Din Tai Fung’s xiaolongbao are a little more rich and soupy than their Shanghai counterparts with a thinner skin and a more delicate flavour. Being able to see them being expertly made through a glass window on one side of the kitchen also added to the experience. Of course there were many other variations you can try – the shrimp shumai (烧卖) was beautifully presented. 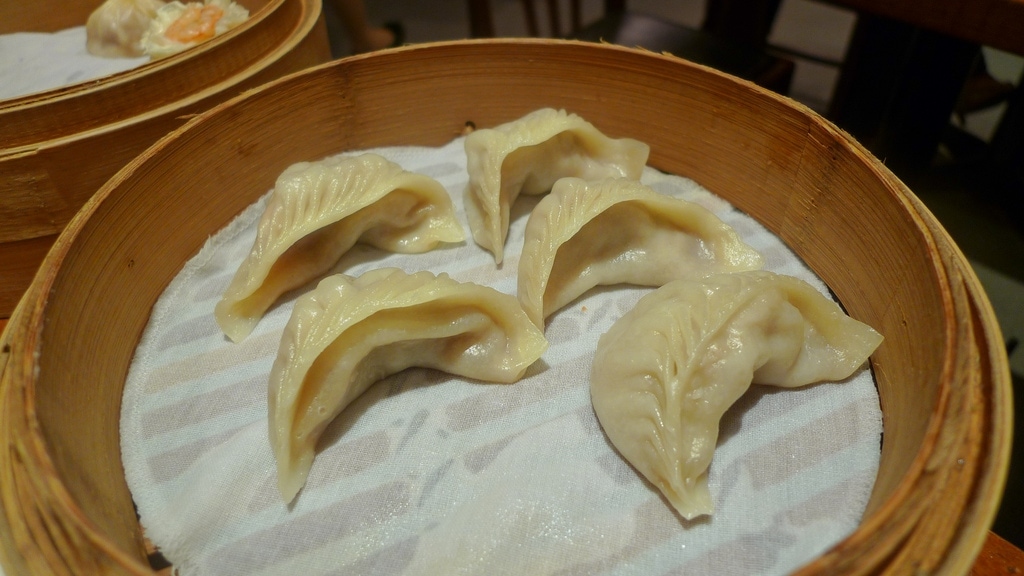 The vegetable dumplings (above) and chili wontons (below) also went down well. 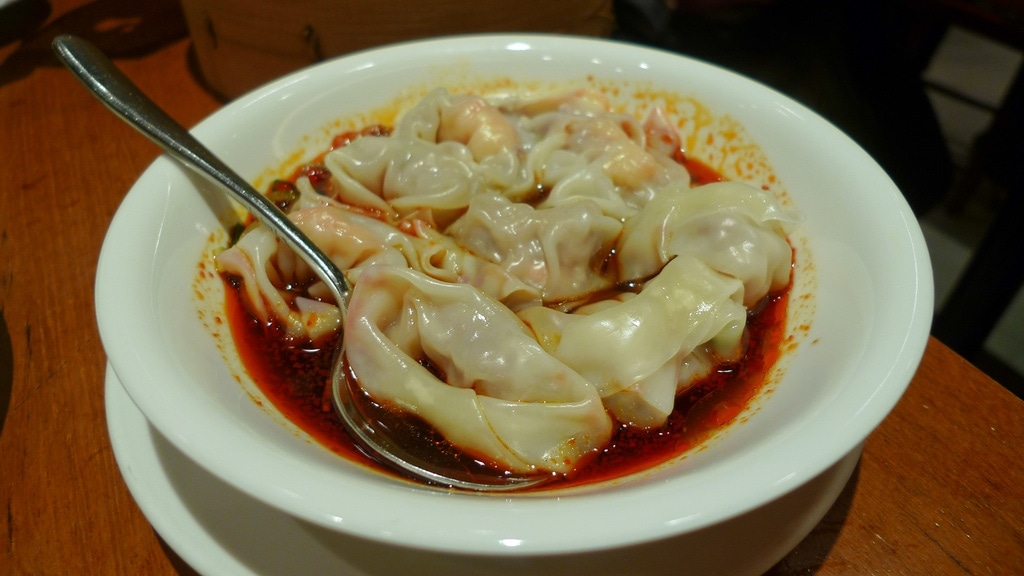 It’s honestly impossible to say which was better, with both variations being equally delicious in my book. While the service at Din Tai Fun was impeccable, for the slightly less stage-managed but authentic experience, Shanghai probably has the edge.