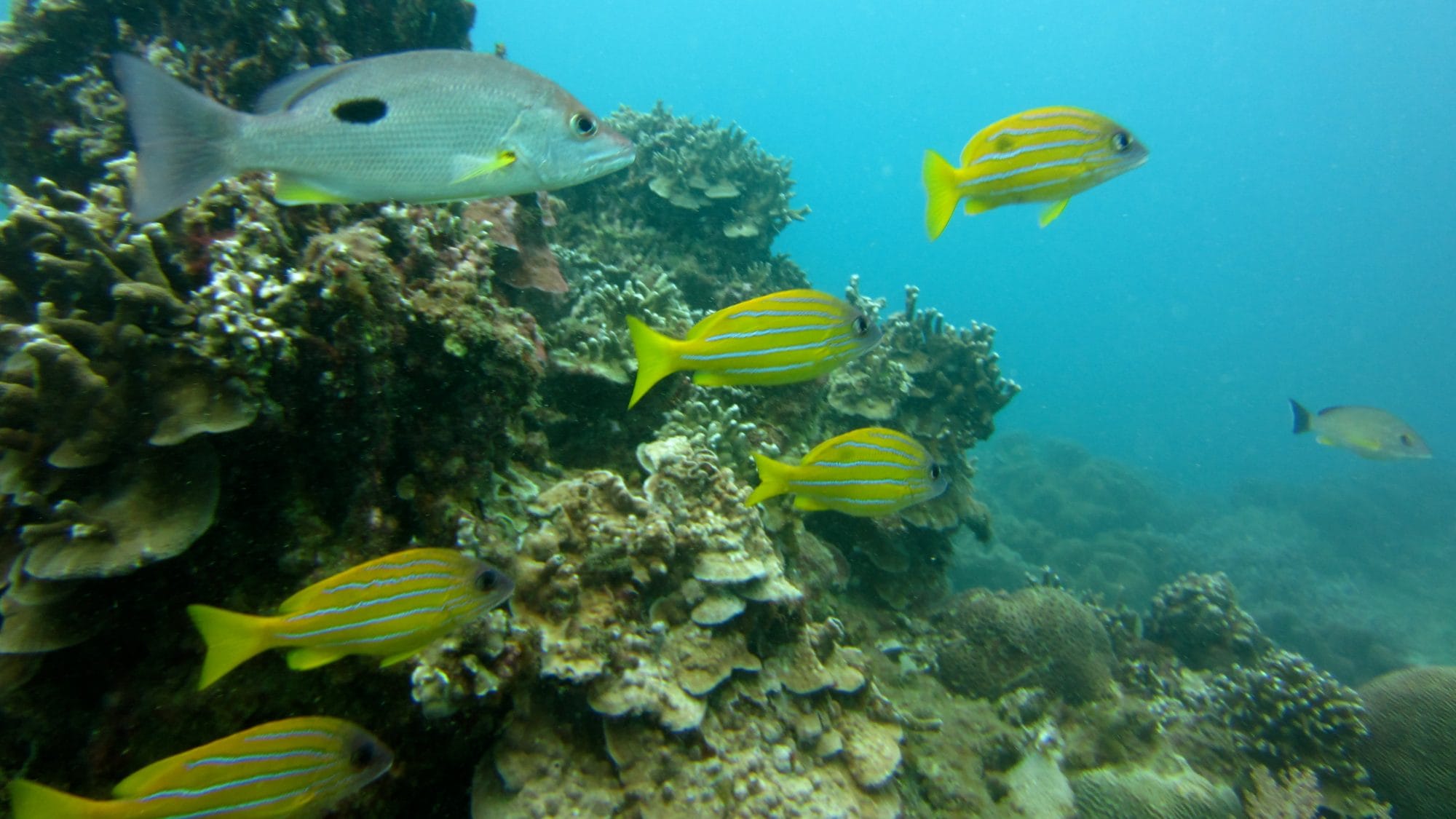 If you wondered why I didn’t post last week it’s because I was swimming with the fishes – quite literally. Friends had been encouraging me to learn scuba diving for the past few years so I decided to take a break from my usual routine and give it a try. I travelled to Kenting National Park (墾丁國家公園) in the far south of Taiwan to take a three-day PADI Open Water Diver course. 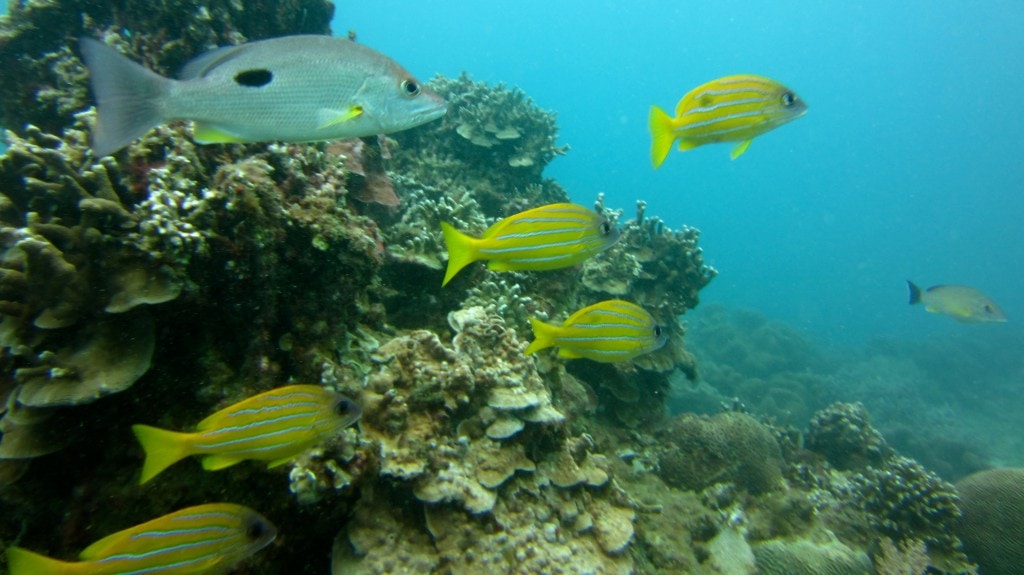 As with learning to drive, you can’t just strap a tank on your back and jump in the water. There’s a considerable amount of theory you have to learn and practice to ensure you don’t end up hurting yourself (or worse). Some of this is done through text-book study and the rest through confined-water dives when you get to practice all the various skills required. 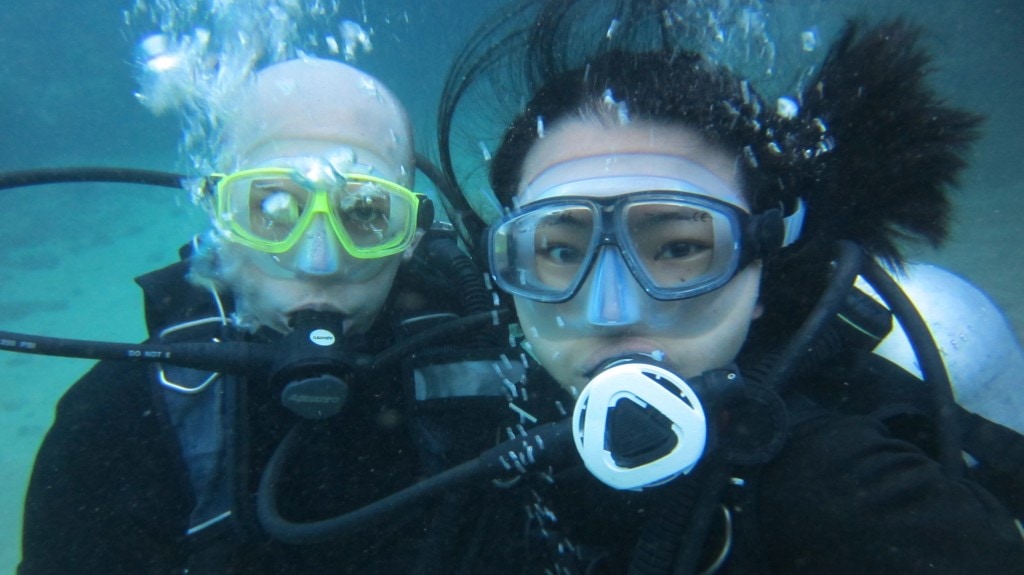 The deeper you dive, the higher the pressure exerted against your body and the air spaces it contains (ears, sinuses and lungs), meaning that you have to equalise as you descend to correct the pressure imbalance. Likewise, the amount of nitrogen your body absorbs increases with depth so you must be careful to keep this within reasonable limits to ensure your body can eliminate it without complications. 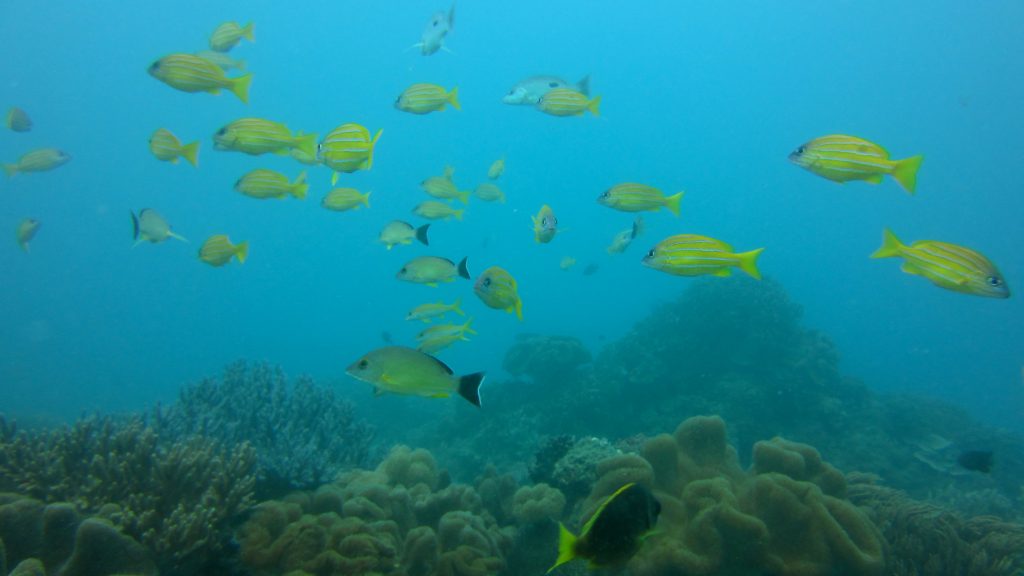 To avoid Decompression Illness (DCI) the key things to remember are to never hold your breath (which could cause lung over expansion injuries), always slowly ascend from every dive (no faster than 18 metres/minute), and dive well within the limits of dive tables and computers. It sounds quite scary but accidents are actually pretty easy to avoid as long as you’re careful and plan ahead. 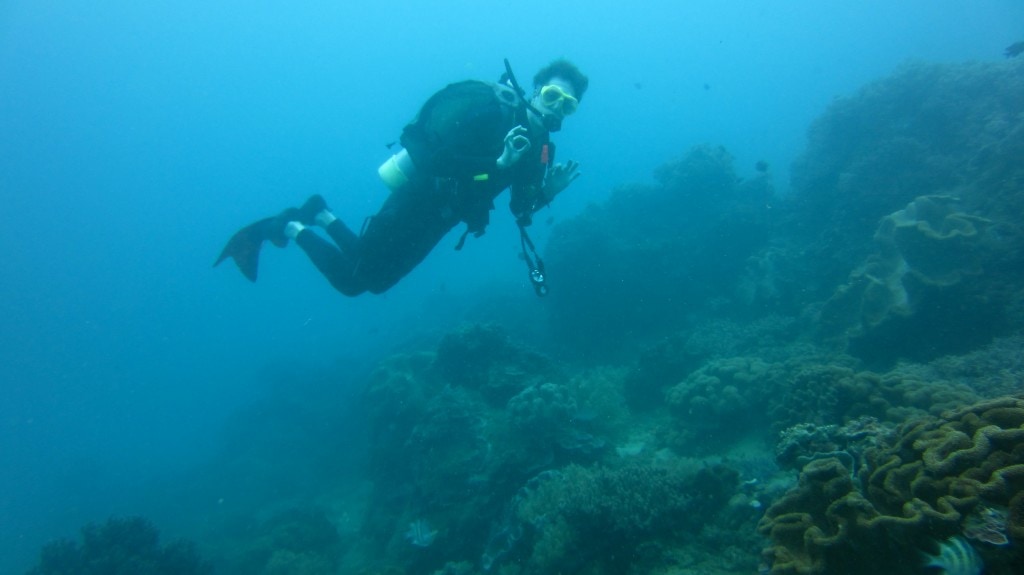 Another key skill you’ll learn is to maintain neutral buoyancy underwater – that is, being able to float without sinking or rising, almost weightless like an astronaut. You do this by wearing lead weights and inflating/deflating a jacket called a Buoyancy Control Device (BCD). When you’re on dry land all this gear weighs a tonne (making is hard to walk) but once in the water you’ll hardly notice it. 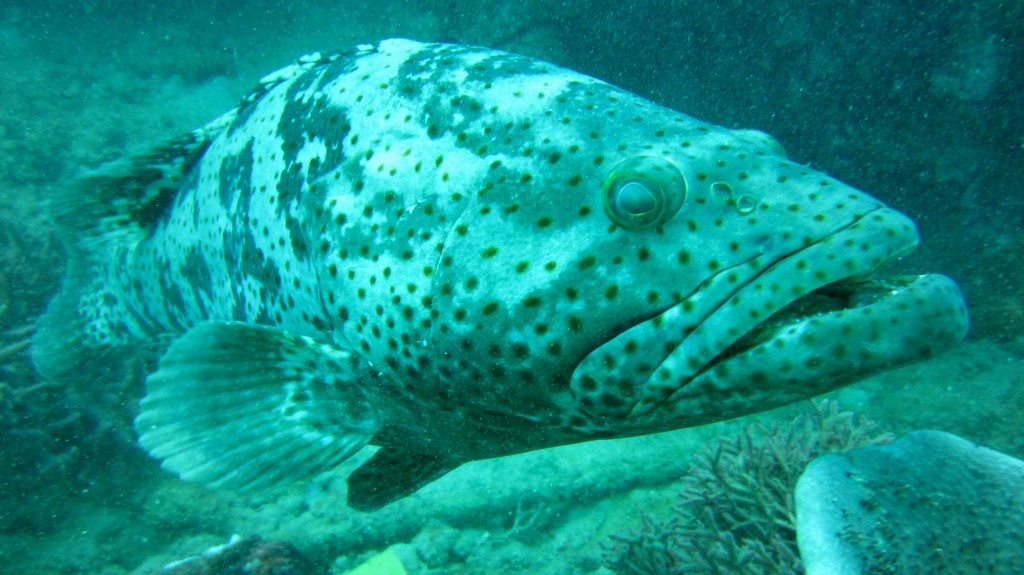 After the first couple of dives you should hopefully have mastered the basics and can then begin to enjoy what you really came to see – the amazing aquatic environment with its abundance of exotic animals and plants. As a general rule of thumb: if it’s very pretty, very ugly, or it doesn’t flee from you – don’t touch it! 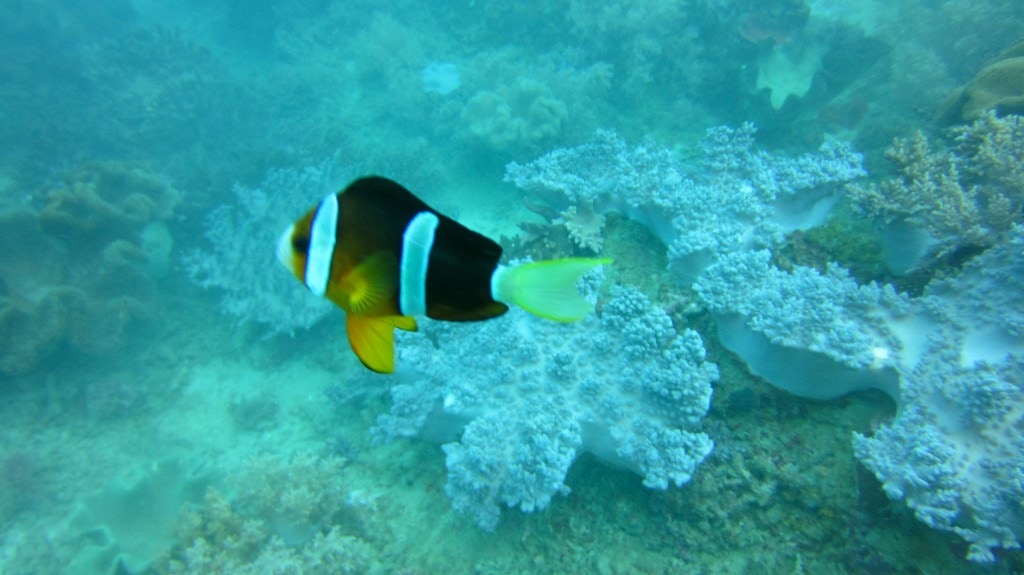 As my friend found out, the last thing you want is a close encounter with the spines of a sea urchin (he had to stick his foot in near boiling water for 30 mins afterwards to remove the poison). While it was fun taking the course, it was actually quite a lot of work, with late nights each day taking tests and reviewing the study material. The exams are all multiple-choice and not particularly hard but important to make sure you dive safely. Once you pass you shouldn’t exceed depths of more than 18 metres (30 metres for experienced divers). The maximum depth I reached during my dives that week was 13 meters. 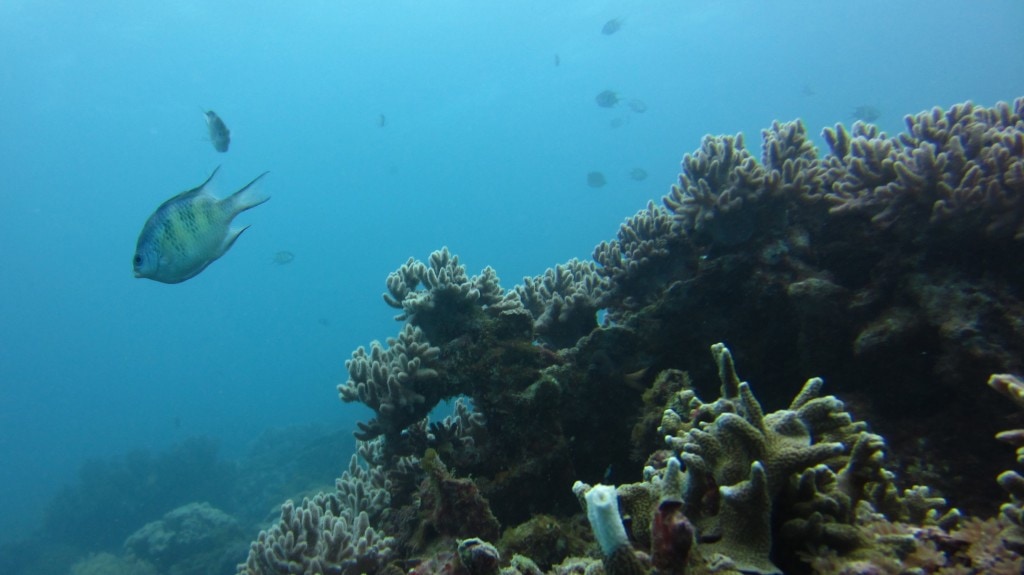 It’s hard to appreciate just how much life there is under the sea until you’ve been there – it was well beyond my expectations. 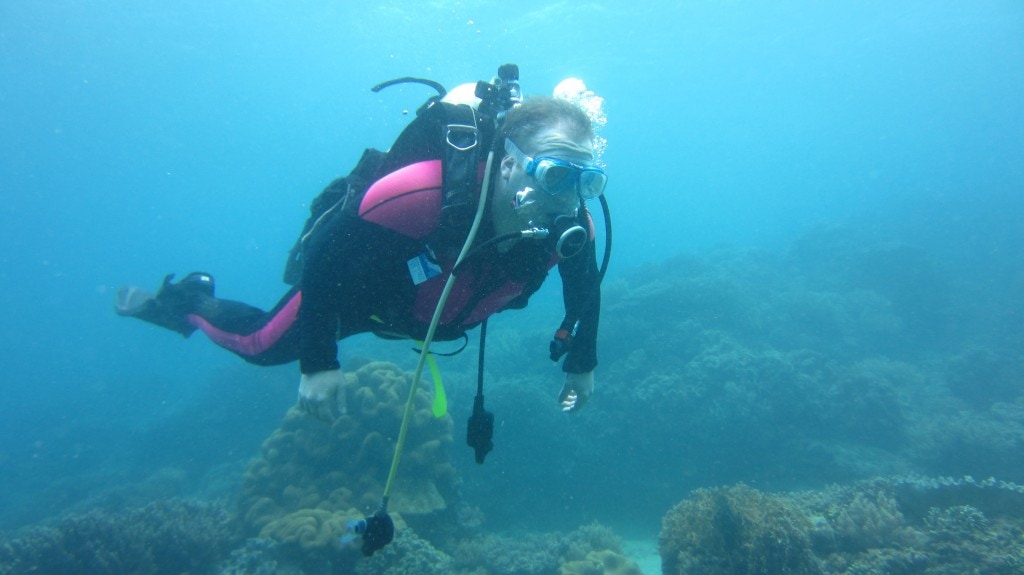 In order to avoid damage to the coral or other plants you should always try to stay off the bottom and tie back any dangling apparatus. The area of Kenting we stayed in was right next to the sea and it was amazing to see just how connected most people’s lives there are to the water. It appeared most of the economy revolved around fishing and diving. 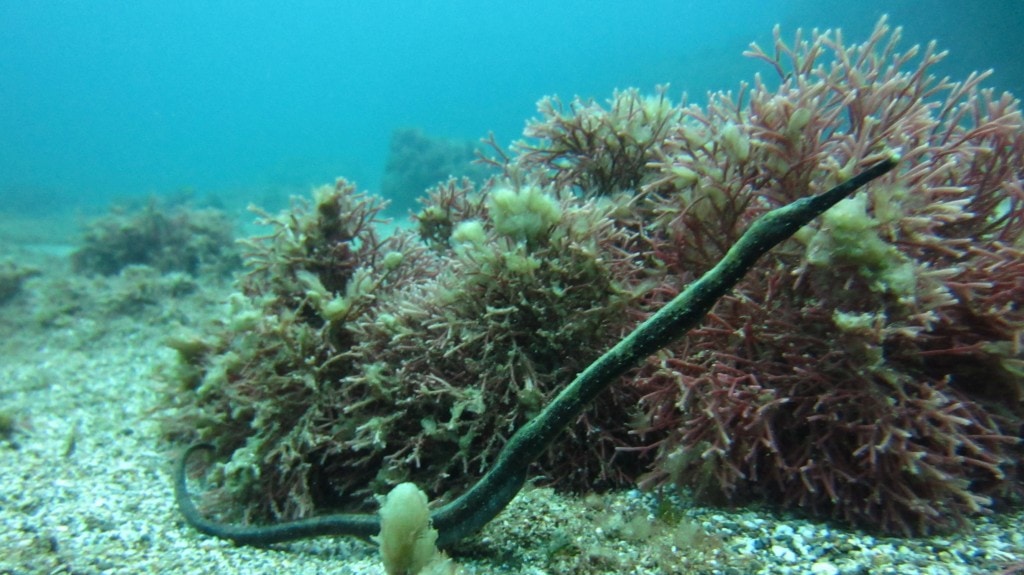 From the brightly coloured to the weird and wonderful – sea worms and snakes were a common sight. Although mostly harmless, I didn’t want to get too close to this fellow! 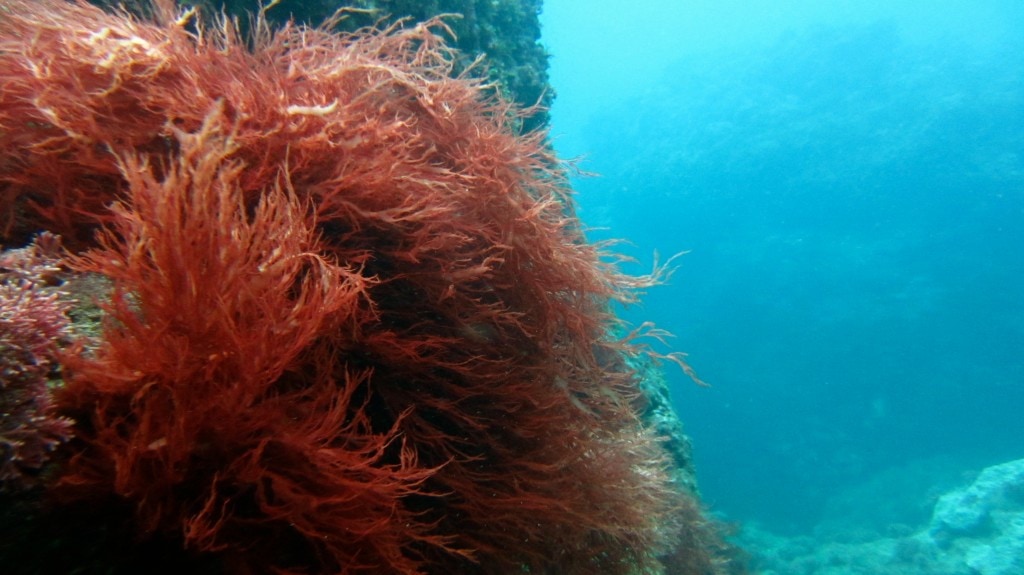 The sea temperature at this time of year ranged from around 24 – 27°C which was quite pleasant for up to about an hour in a wet suit. 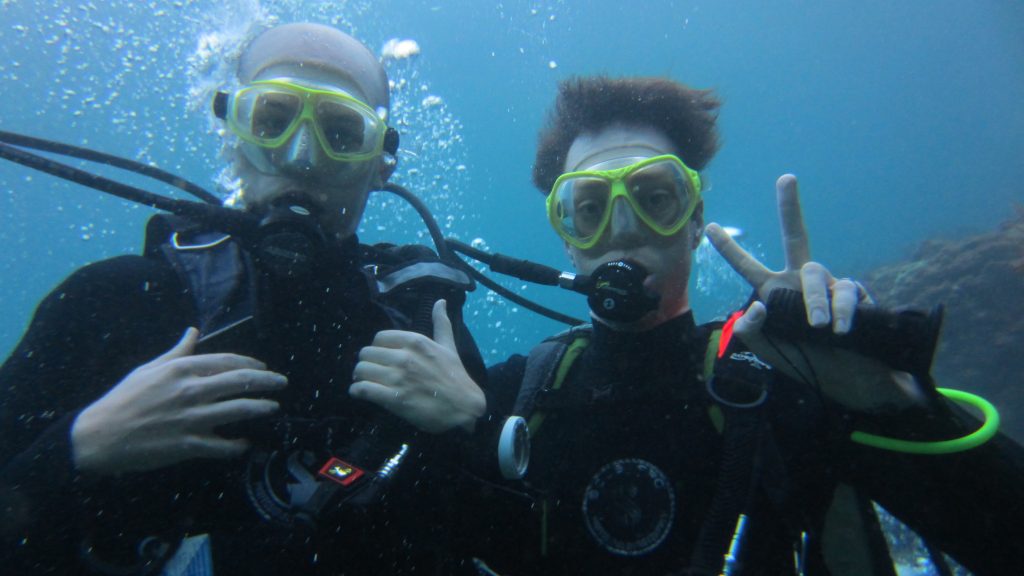 Most divers carry an alternate inflator regulator which can be used by your buddy in the event that they run-out of air or experience an equipment malfunction. During practice it was quite scary to suddenly be unable to draw breath and quickly signal to your buddy to share air. It’s therefore important to stay close to each other at all times. 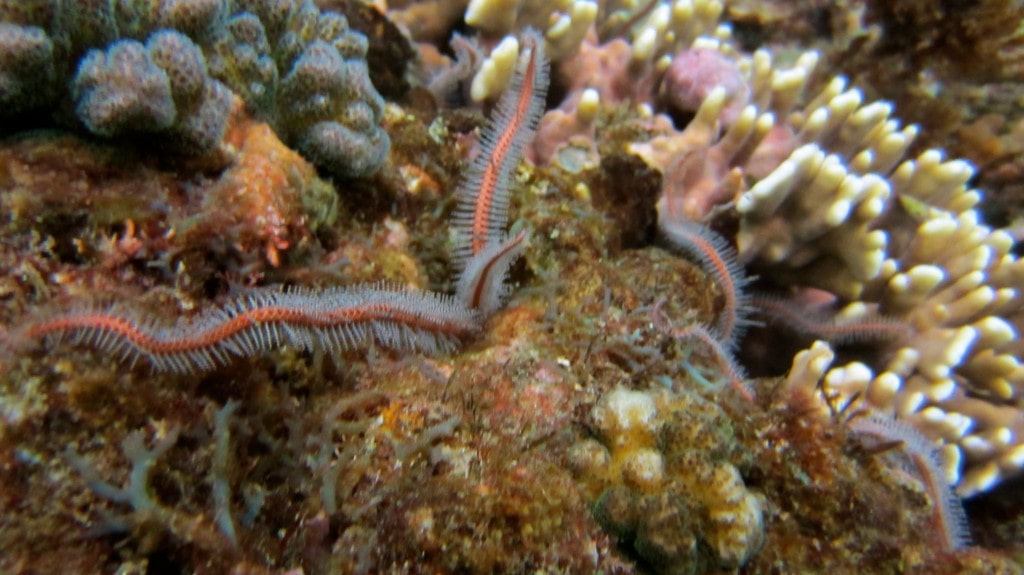 More strange-looking aquatic life – I wish I knew what it was all called. 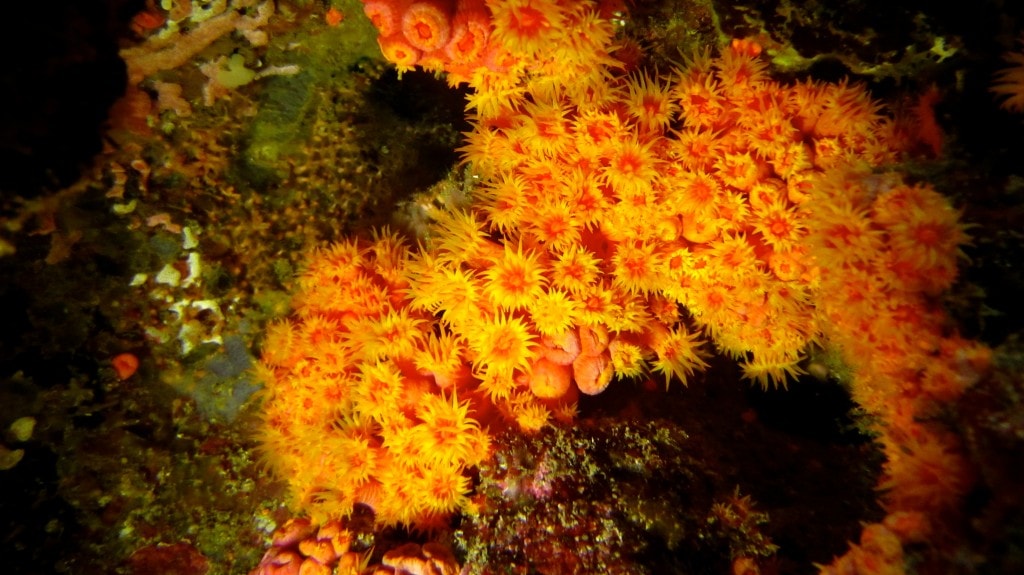 Since light is absorbed by water it gets darker as you get deeper. Photographers have to use underwater lights to capture these sorts of vivid colours. 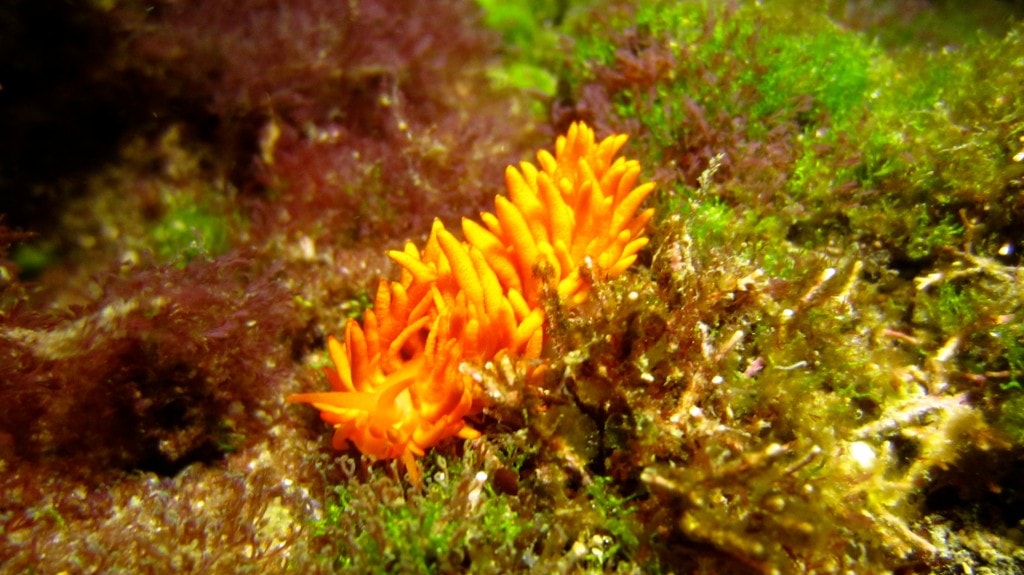 The creature above is called a nudibranch which is a type of sea slug. There are more than 3,000 known species and a marine biologist who was diving with us (and took all the photos here) thinks it may be new type unseen before. I’m not sure where I’ll go diving next, but hopefully it wont be before too long. If you’re interested in diving in Kenting, the place I went is called U-Dive which is owned by a Canadian instructor so communication isn’t an issue.