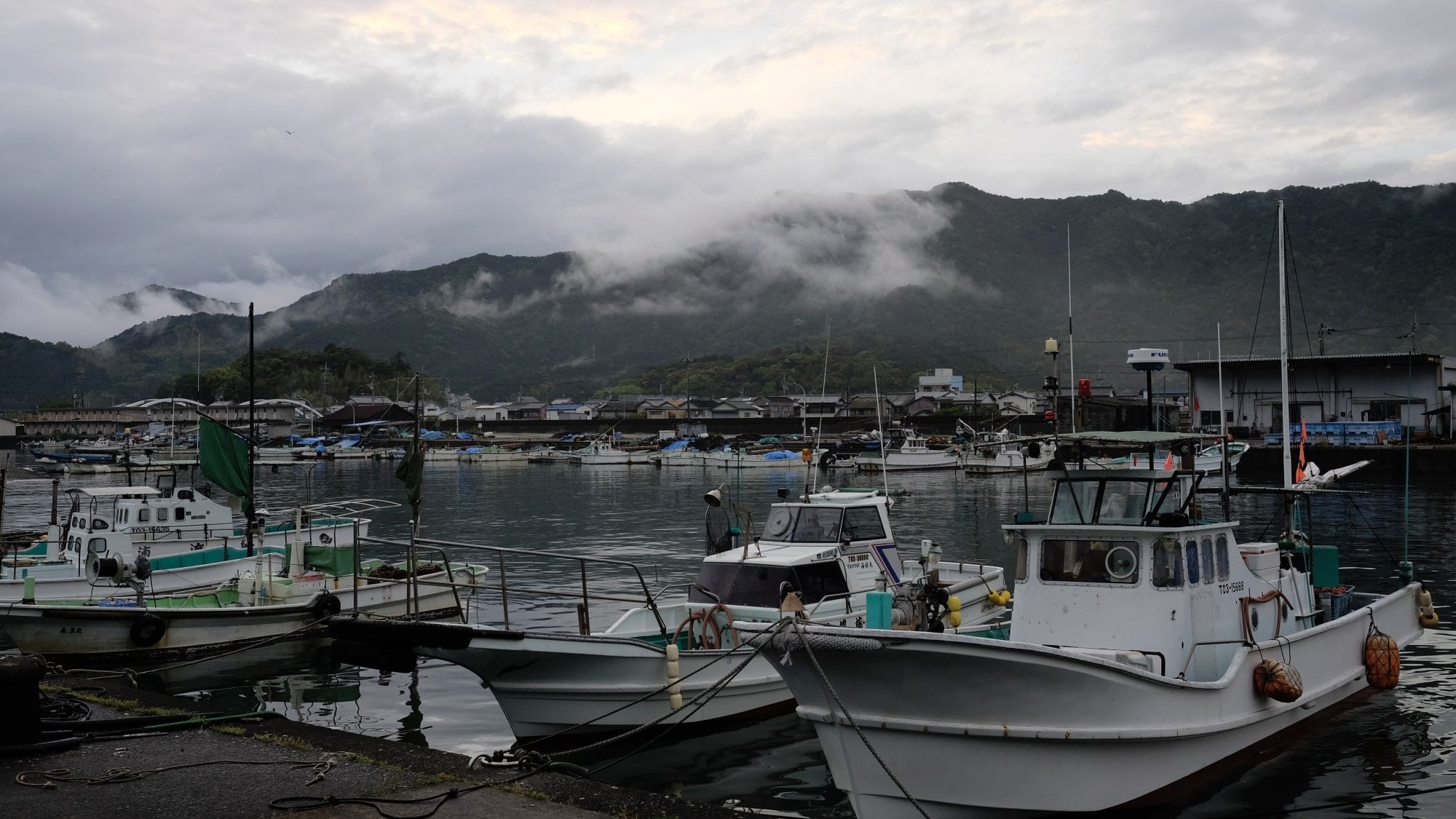 Waking up at 5am this morning it was already raining. Hard. I knew I would have to face this sooner or later but wasn’t looking forward to it all the same. My goal was to make it 25km along the Route 55 highway to Shishikui (宍喰町), bringing me within 40km of Hotsumisaki-ji (最御崎寺 – 24). 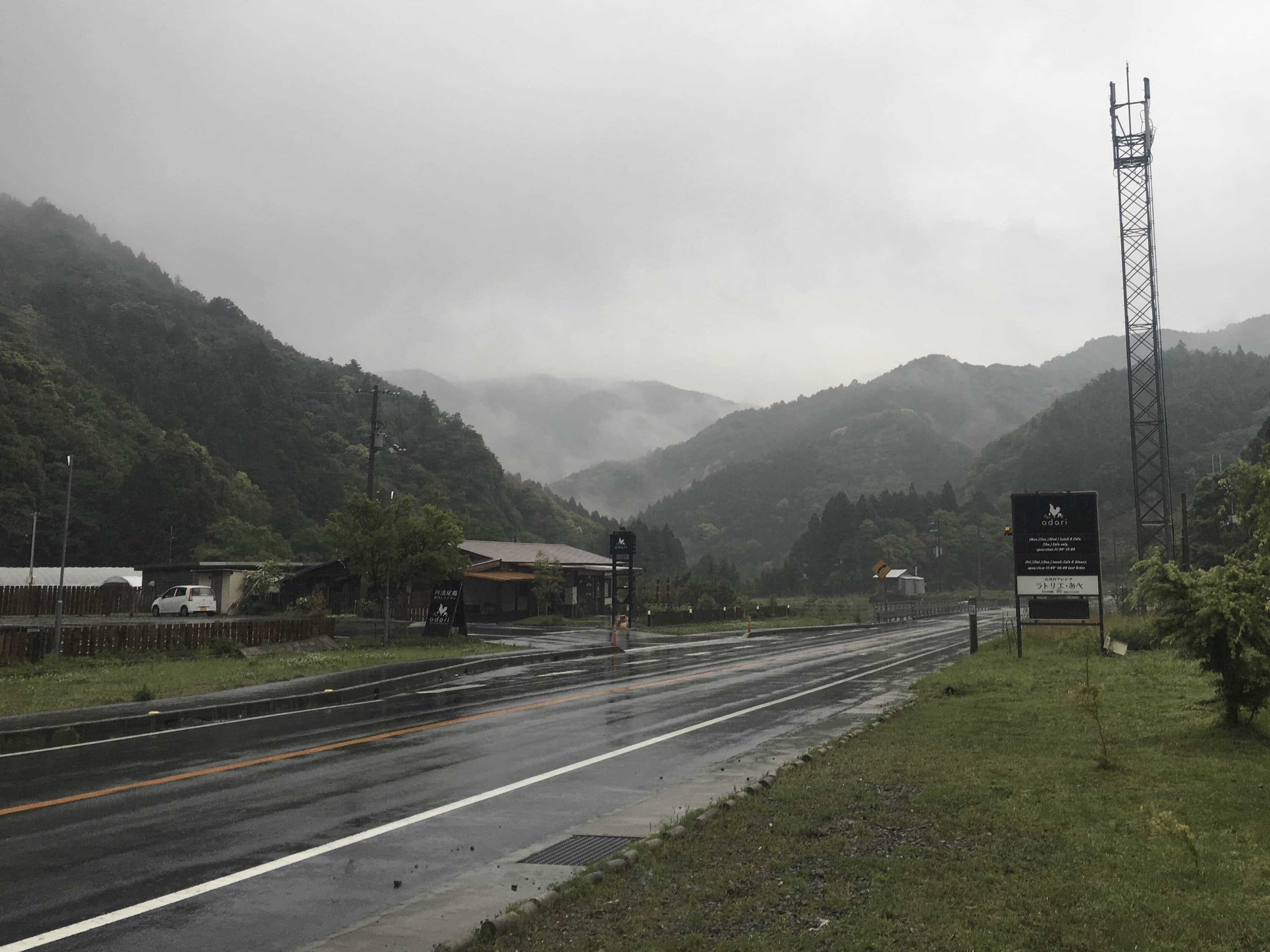 Coming out of the town of Mugi I came across another very well put together henro hut complete with toilets and a kitchen. Part of me fancied stopping here and just watching the rain all day but instead I pressed on. 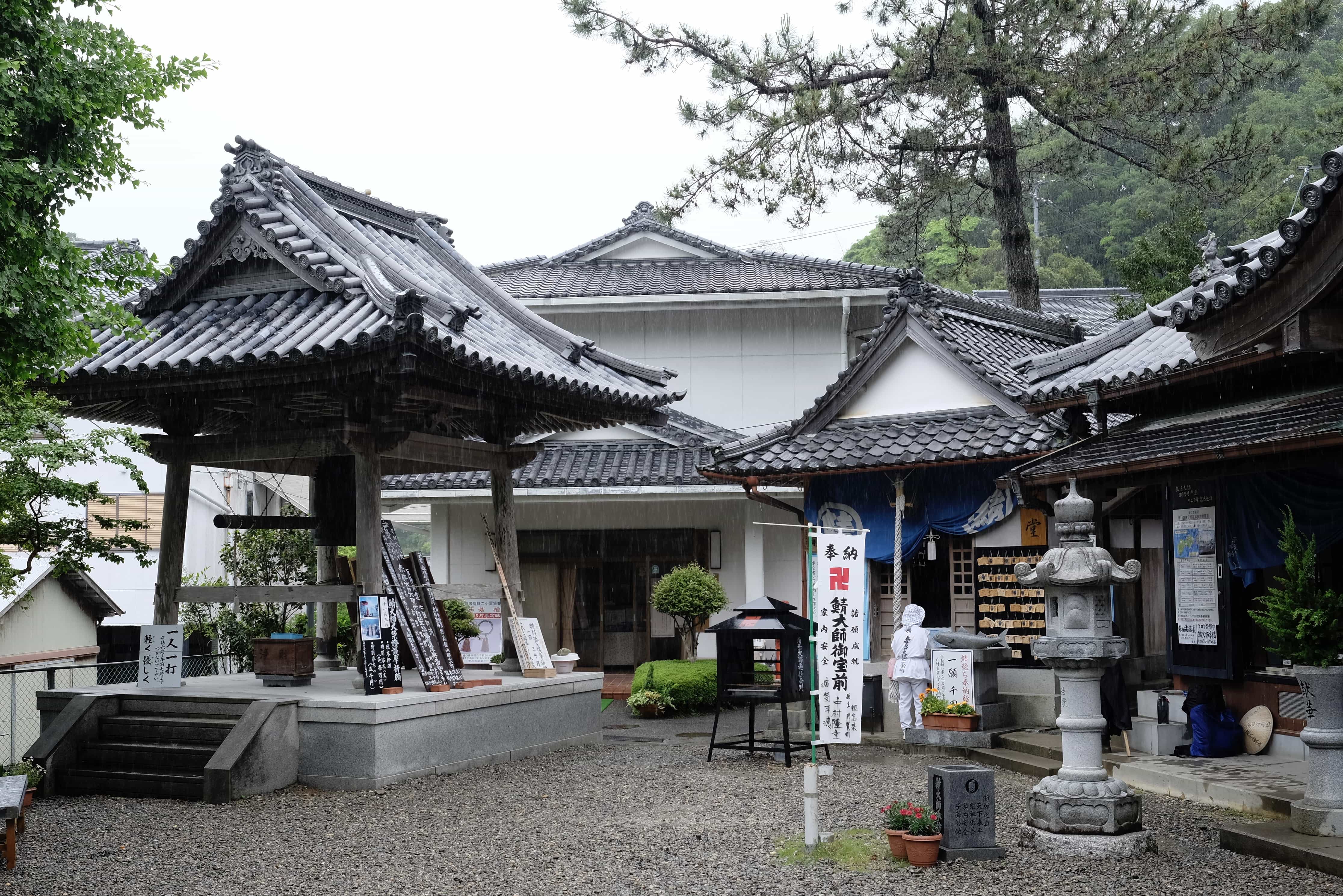 At 11am after 15km I reached Saba Daishi, one of 20 other bekkaku temples, not part of the official 88 but still visited by some pilgrims. Within the temple is a statue of Kūkai holding a mackerel in his right hand (read more the legend behind it). 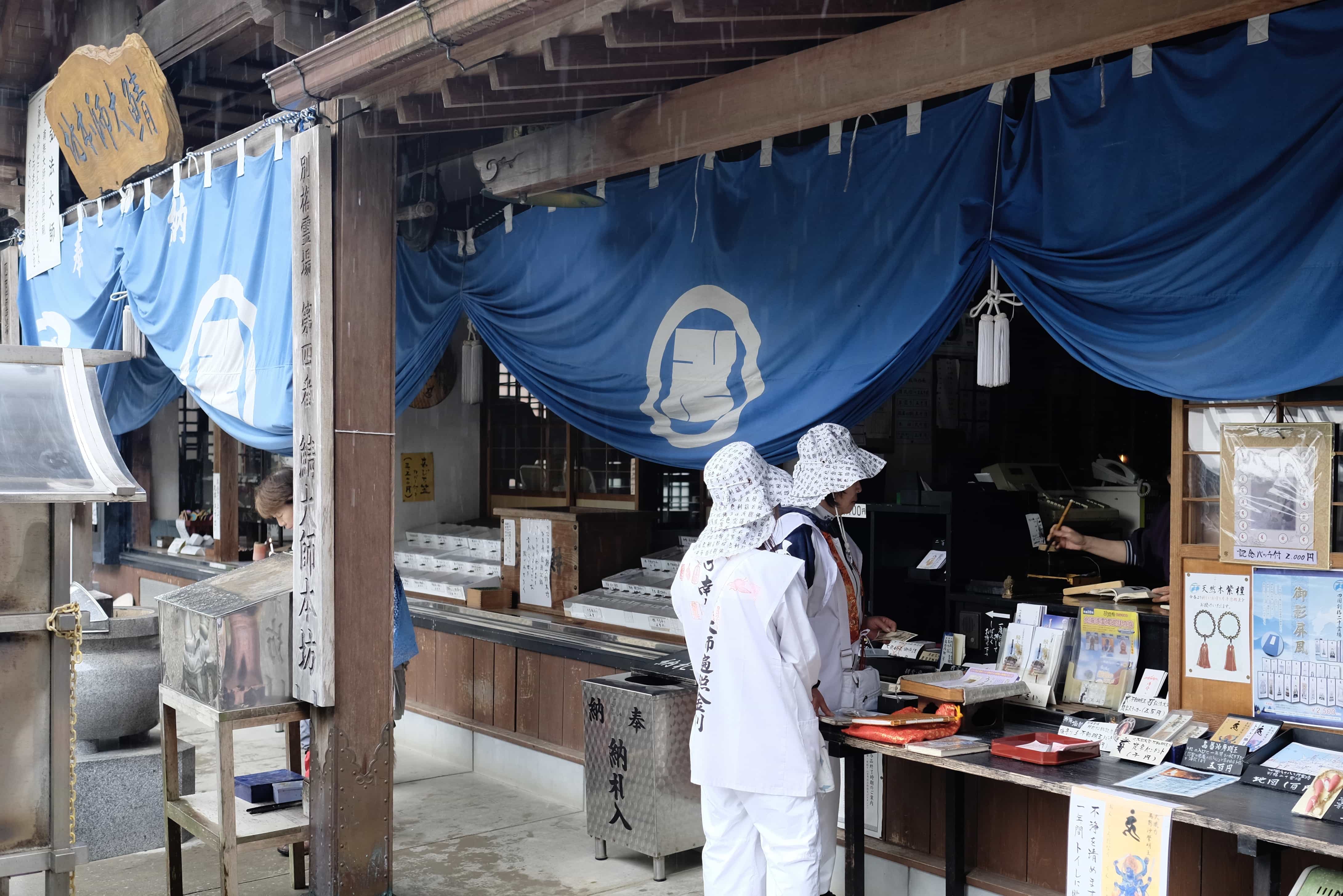 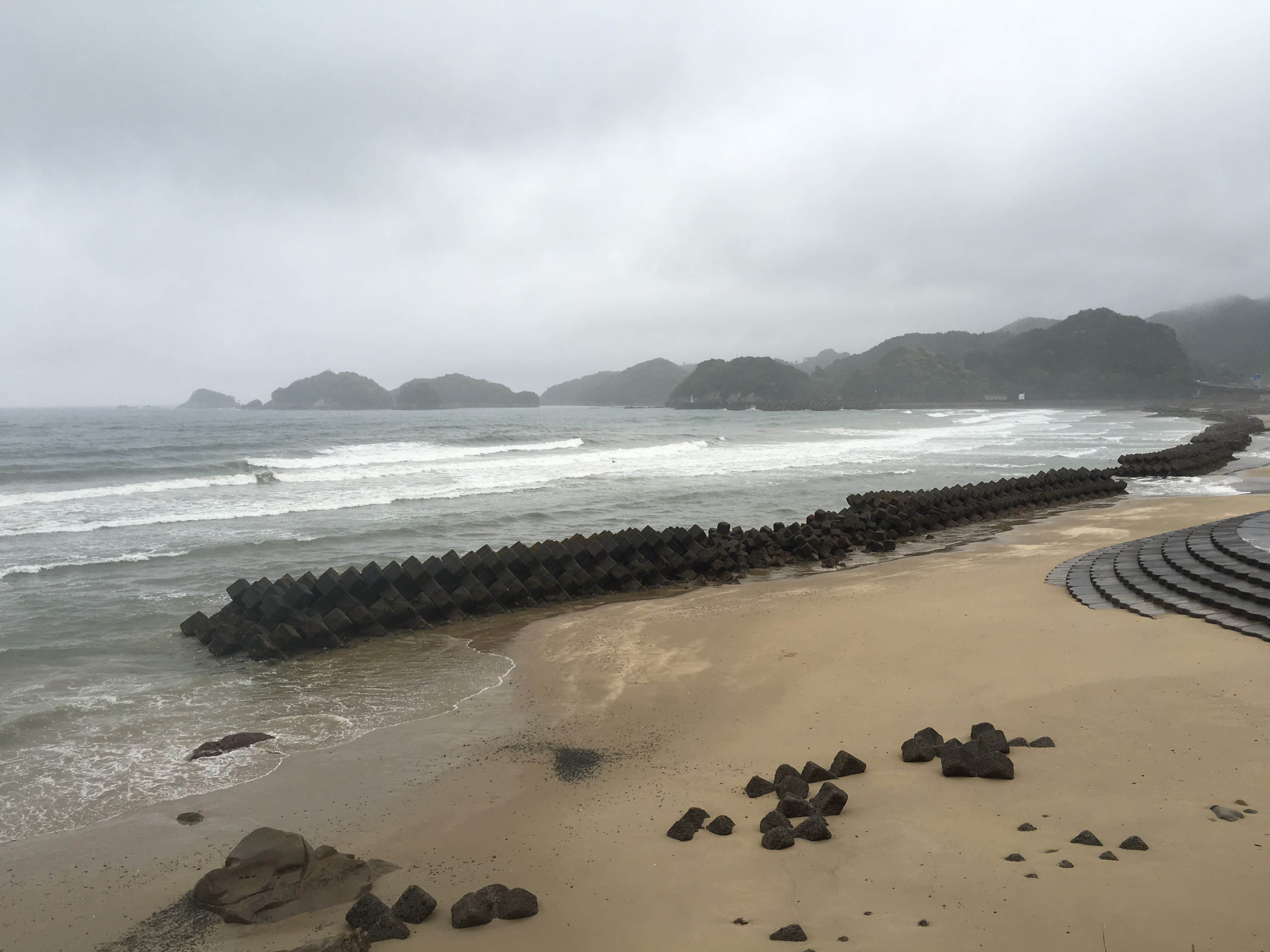 Trudging on I eventually reached Kainan and feeling hungry stopped by a supermarket to have a slap-up lunch consisting of a donburi bento and a slice of lukewarm pizza. It did the job and gave me enough energy to continue on for another 1.5 hours to Shishikui which I reached around 3.30pm. 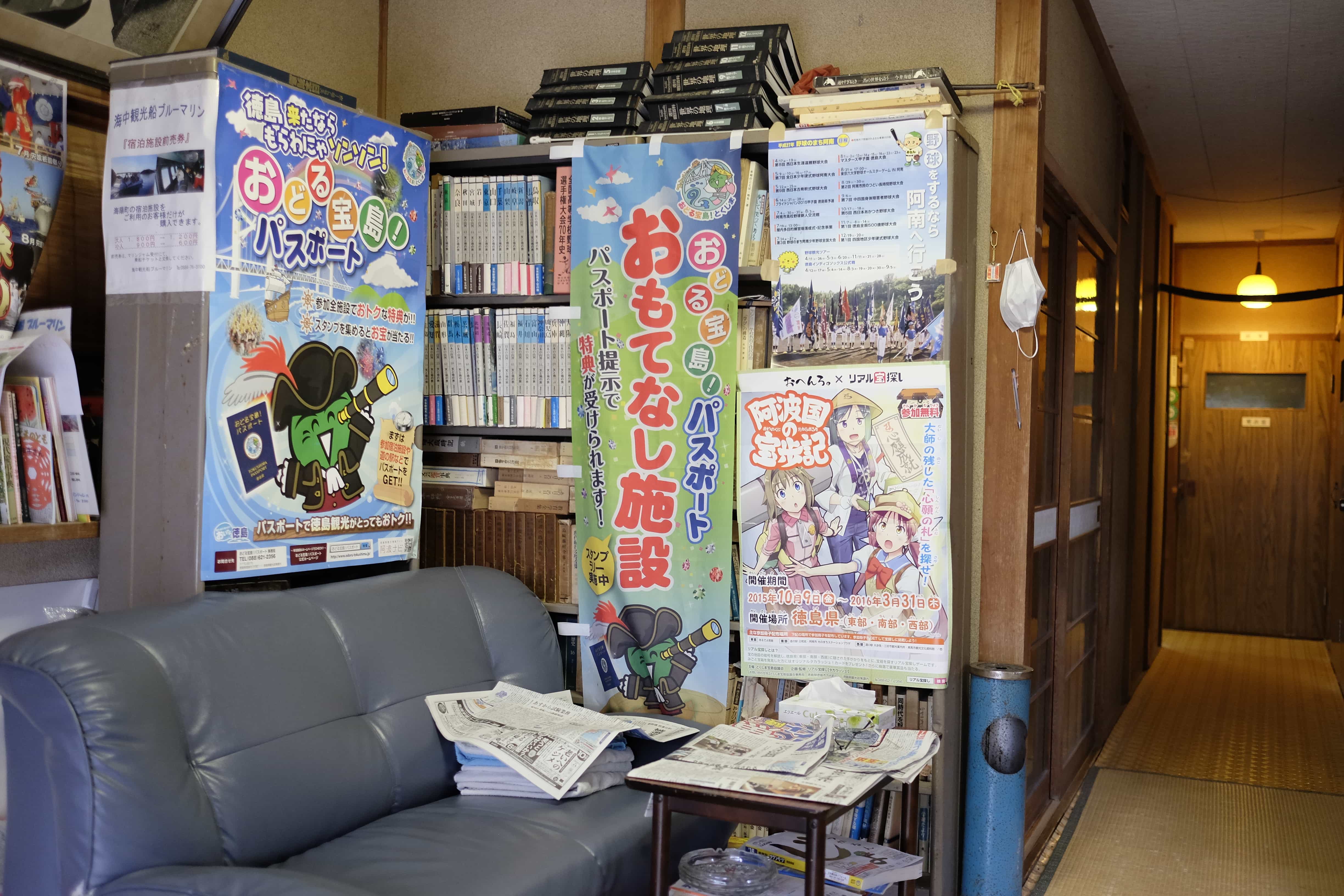