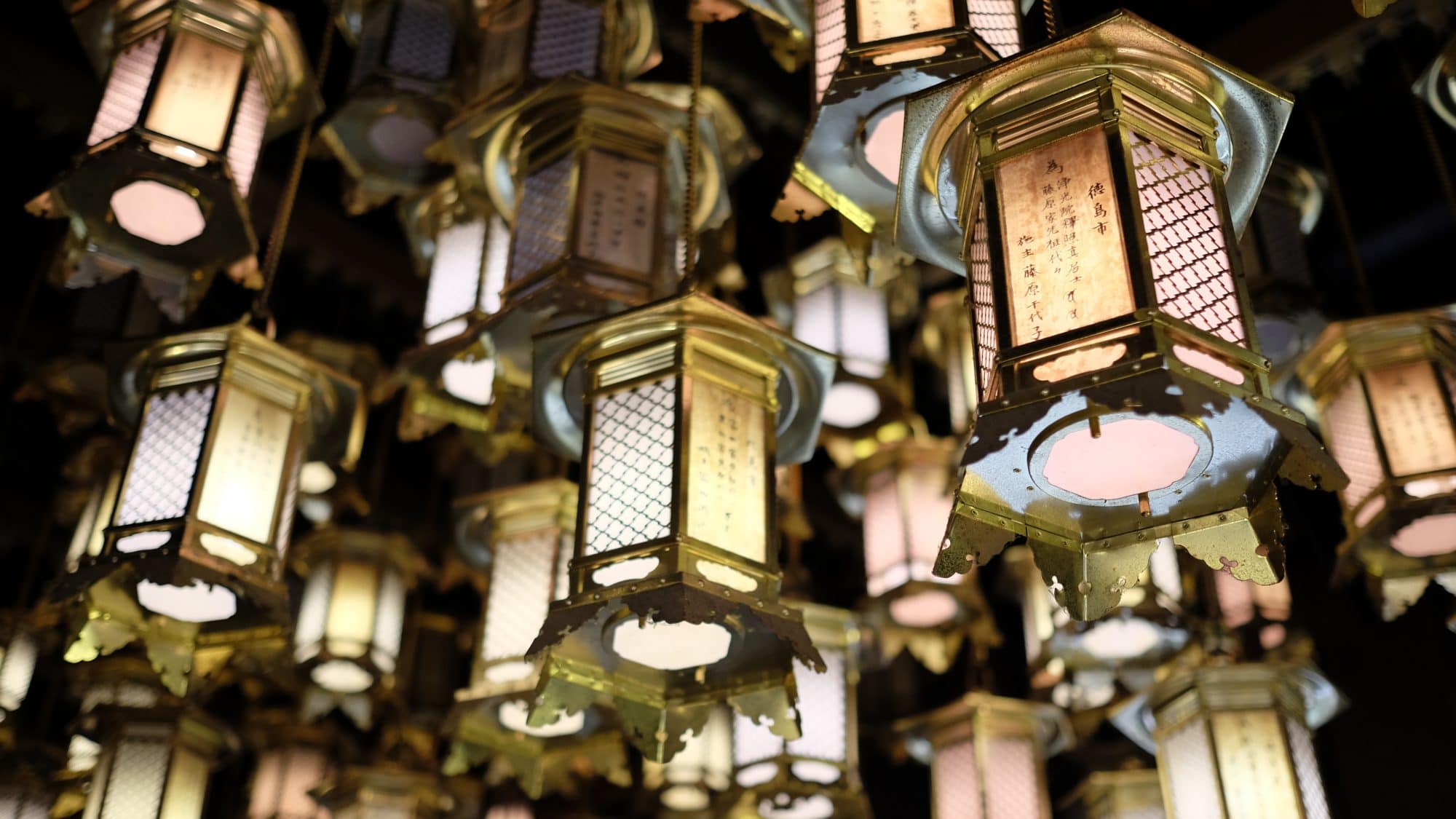 I’d like to say I slept soundly last night in preparation for the final push but at 3am my neighbour decided to watch TV. After five minutes of listening to the muffled sounds of a sports game, I banged on the wall. Loudly. Not very Buddhist perhaps but it did the trick. 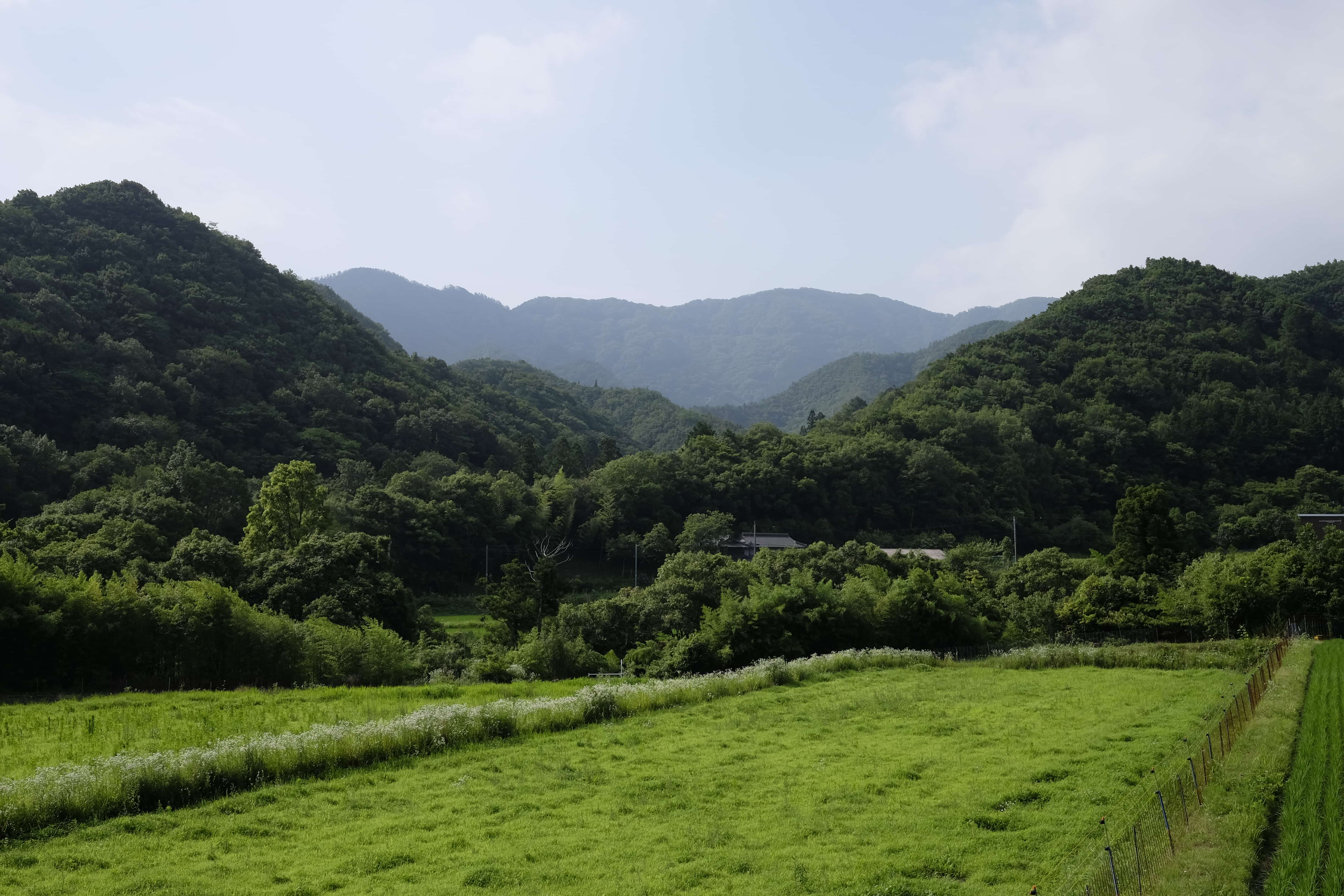 When it came time to wake up properly, luckily I didn’t bump into my neighbour and left Shirotori-onsen at 8am. Yesterday’s clouds had disappeared and the sun was shining 🙂 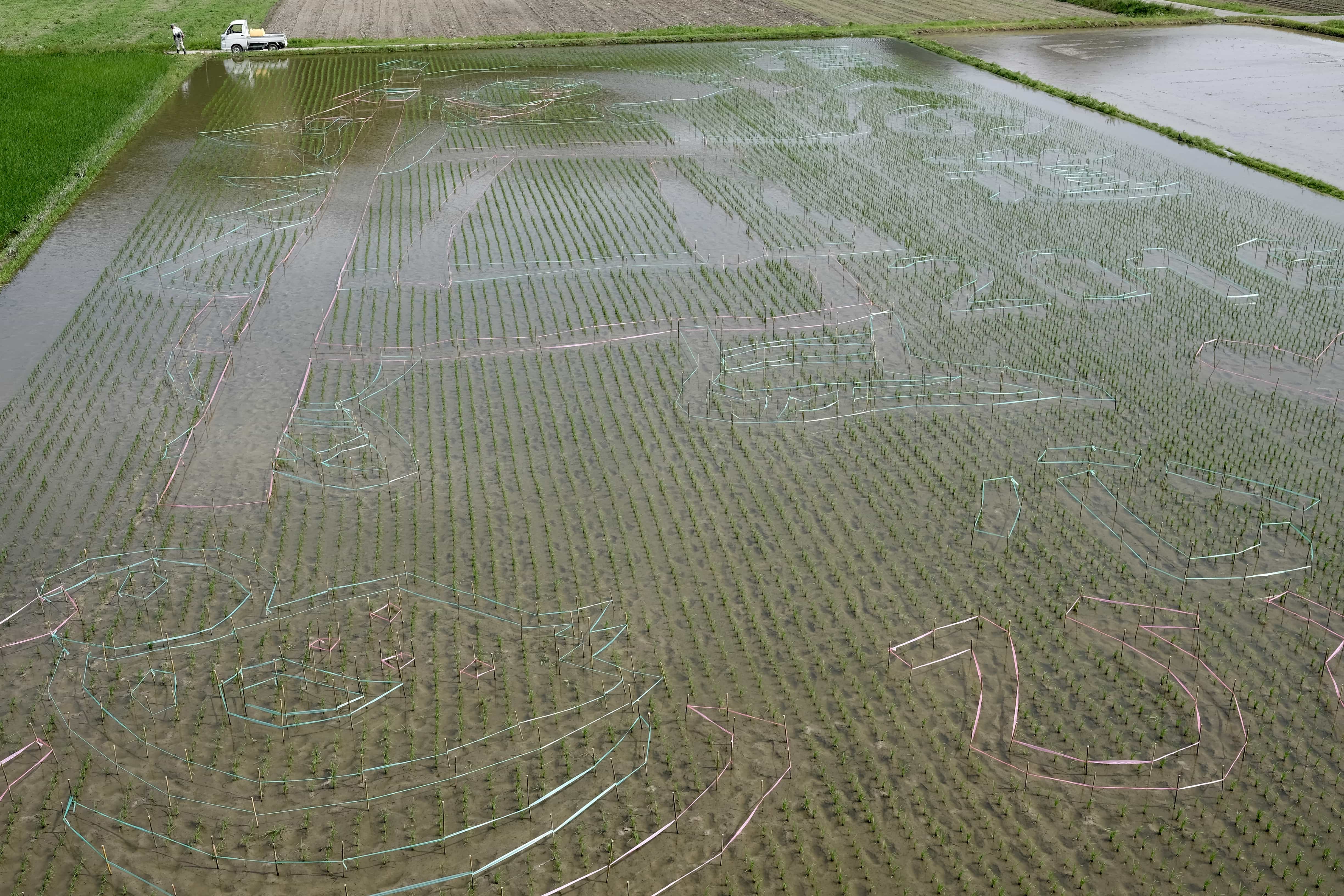 The morning consisted of a long 20km walk up to the Sanuki coast. Beside the road I came across a special rice paddy that had been planted in a pattern so that from above you can see an image. The plants hadn’t fully matured yet but you could already make out the shape of a pilgrim carrying his staff. 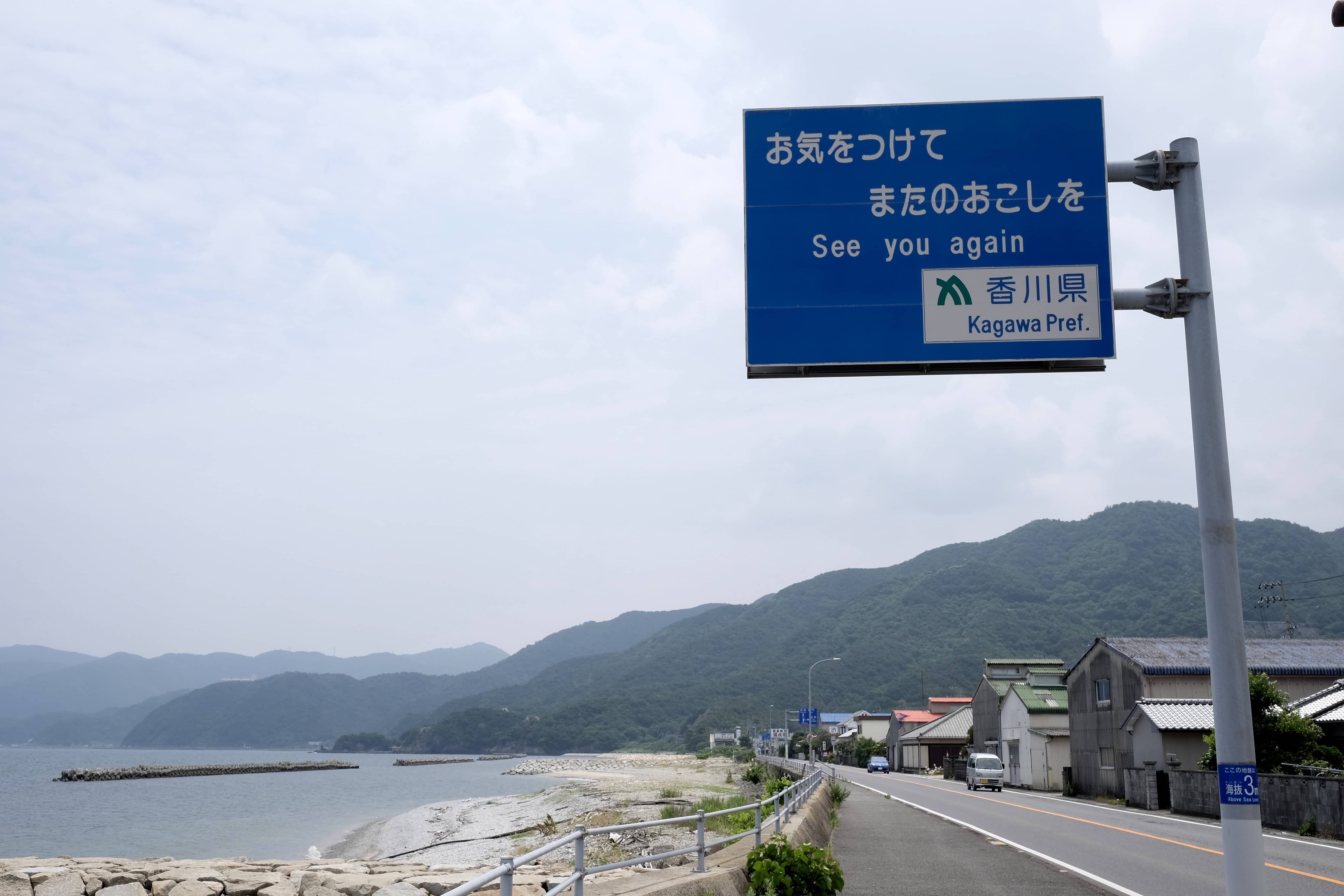 Close to Hiketa a woman pulled up in her car, got out and gave me two bottles of green tea. It was really kind on such a scorching day. 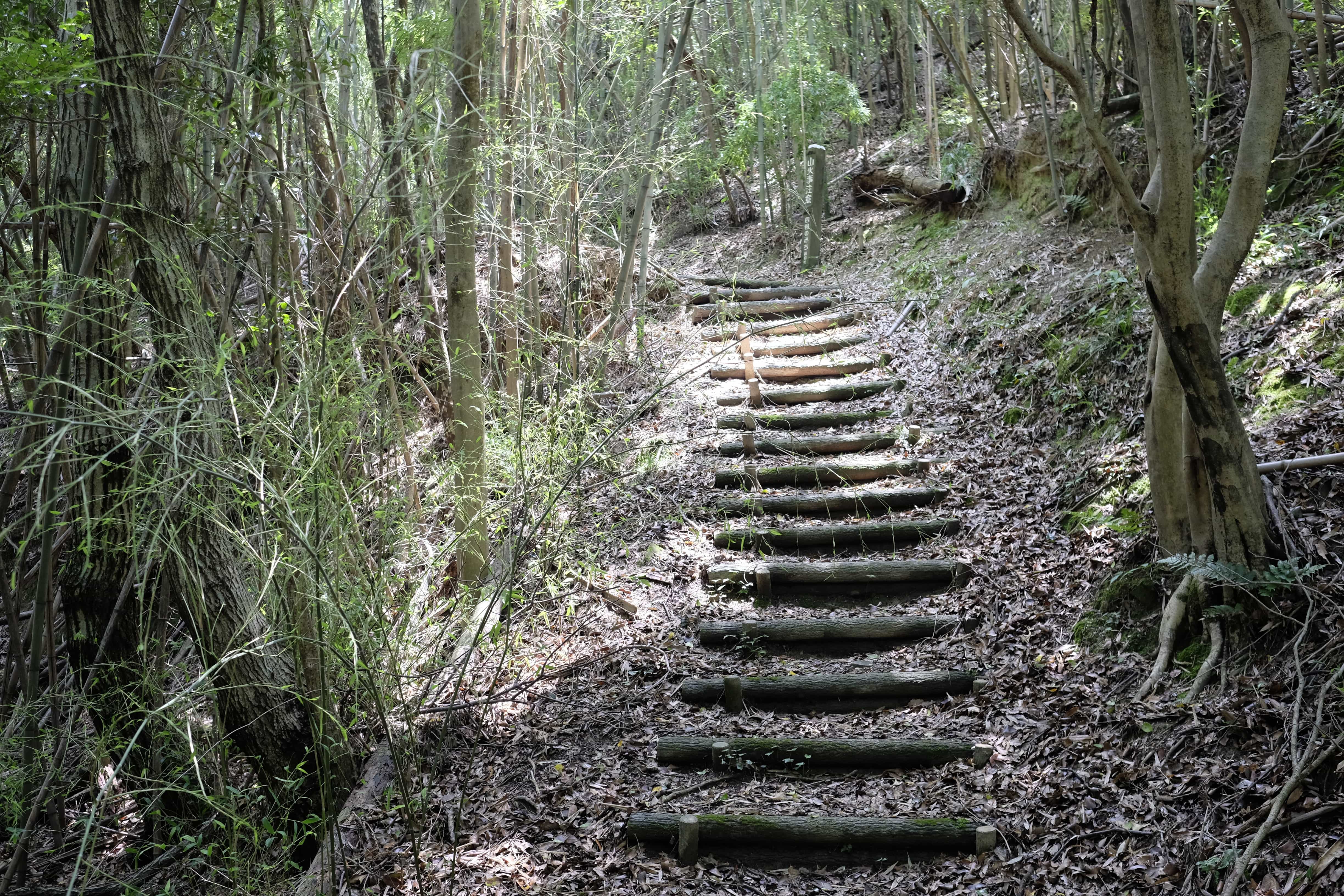 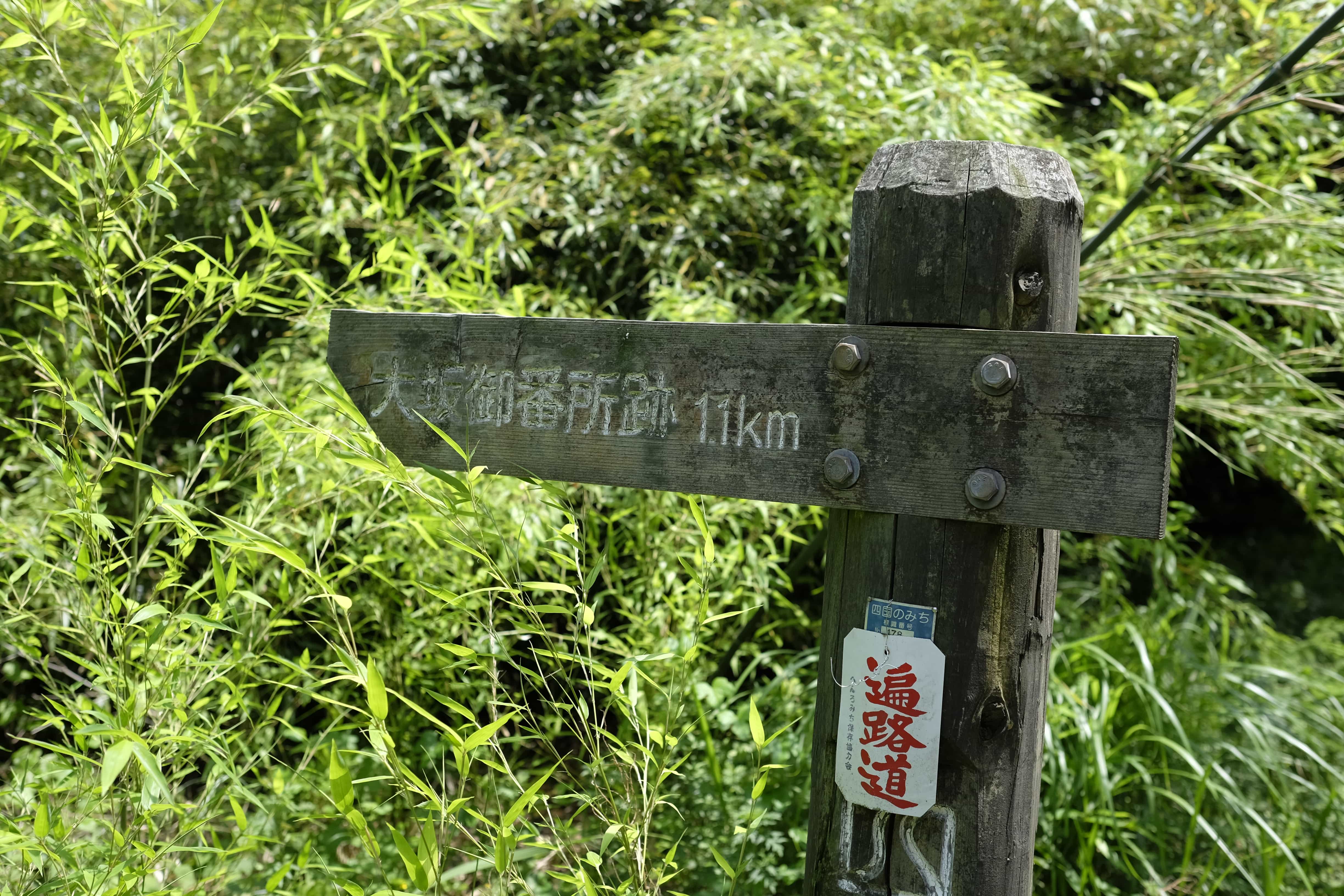 After saying goodbye to Kagawa Prefecture, and having a quick onigiri at Lawson, I began the final ascent up the Ōsaka-tōge Pass (370m). Having spent the morning on hot tarmac it was a relief to be under the shade of the trees. 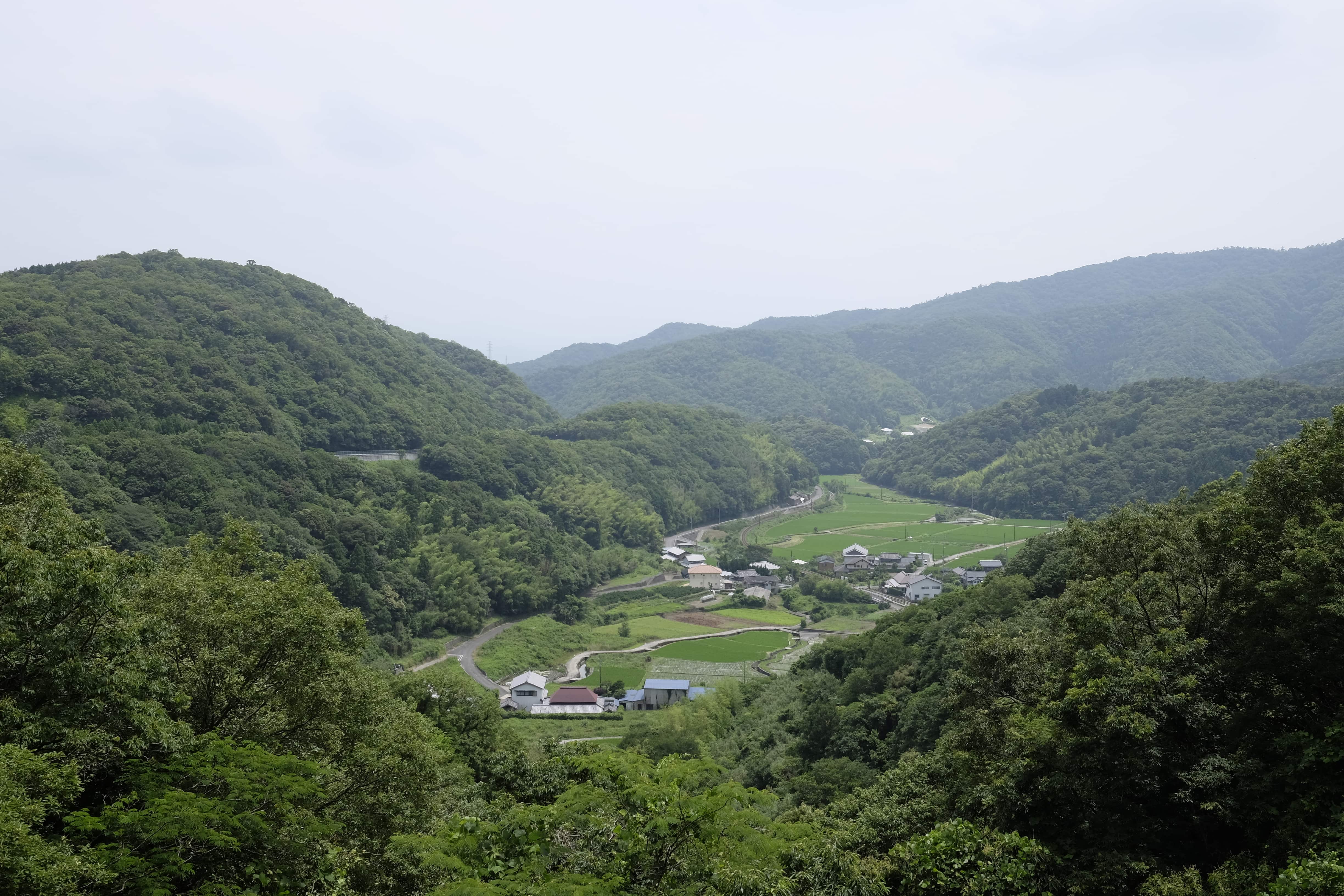 Instead of heading south to Konsen-ji (金泉寺 – 3) I decided to take the route going east along Betano Stream. This meant I could avoid the busy Route 1 and arrive directly behind Ryōzen-ji (霊山寺 – 1). 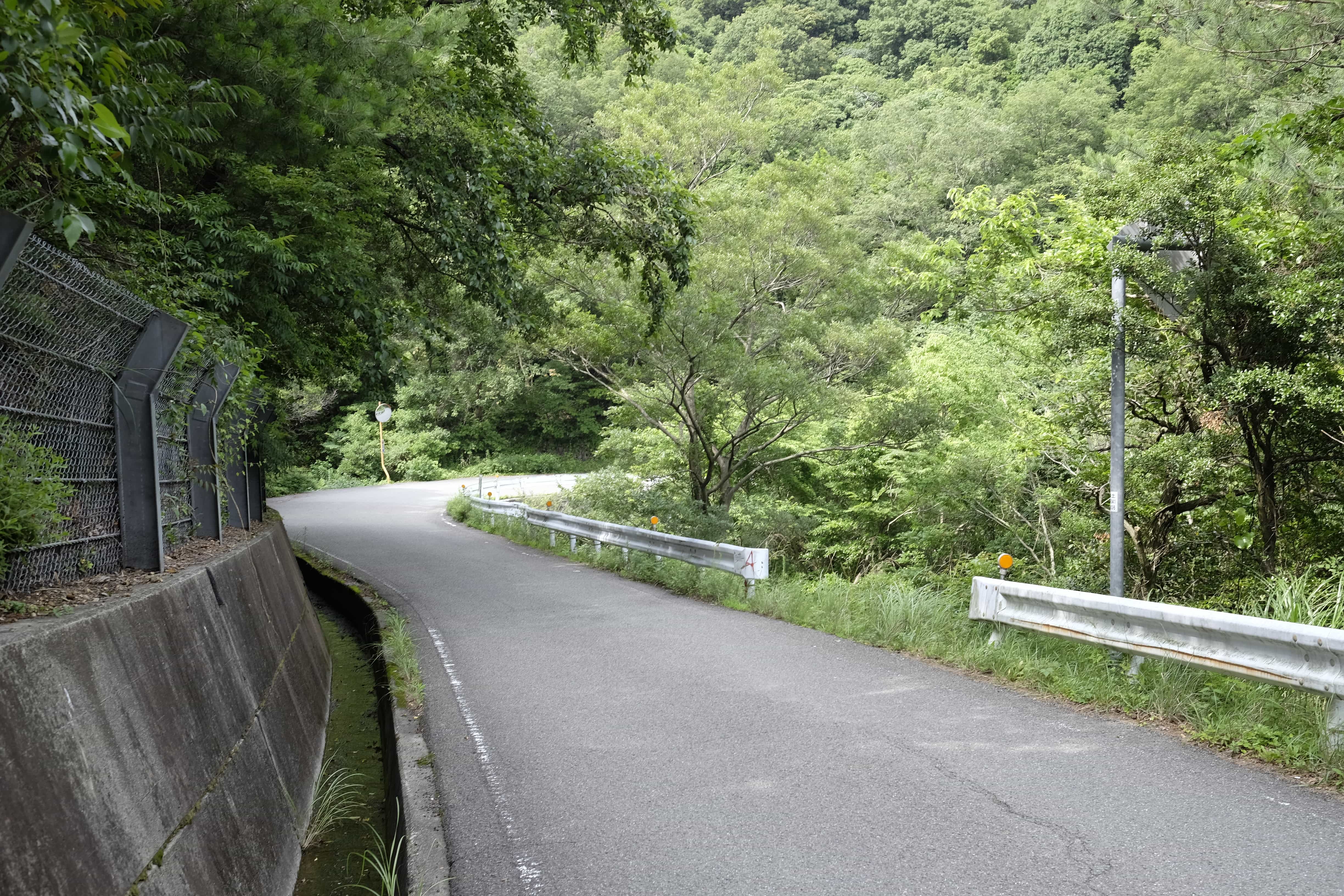 The final stretch of road over the Utatsu-goe Pass was a series of sharp turns which followed the contours of the mountain. Nestled in one of the valleys I passed an enormous solar array. 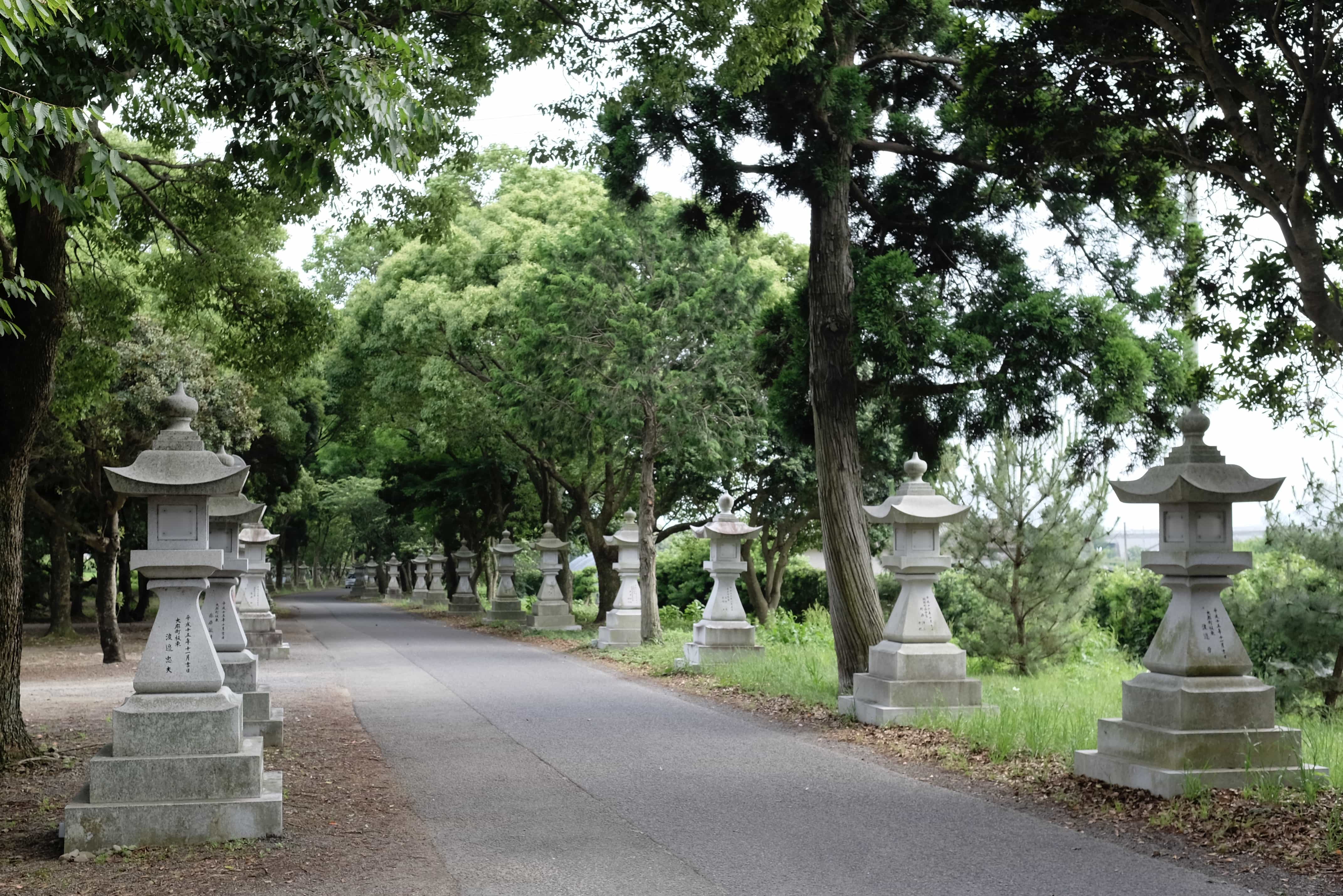 Reaching Ōasahiko Shrine at 3pm I walked along the leafy stone lantern lined avenue towards Ryōzen-ji. 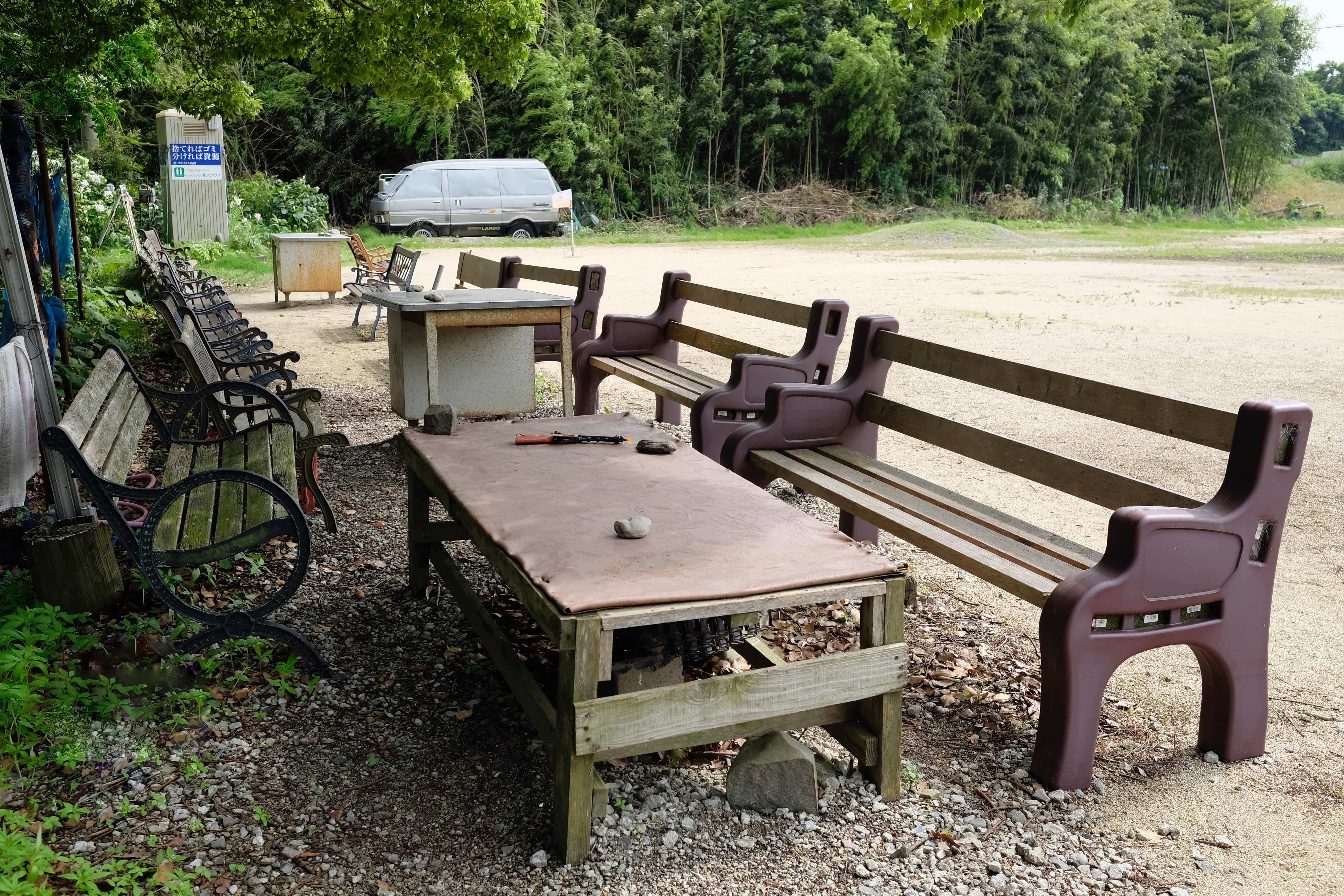 Passing the bench where I sat to write the first blog entry on the evening of Day 1, I was struck with the realisation of the ending even more powerfully than I had been a day previously at Ōkubo-ji (大窪寺 – 88).

The last time I had sat there 49 days ago I was full of questions and nerves about how the walk was going to go or whether I was even up to it at all. 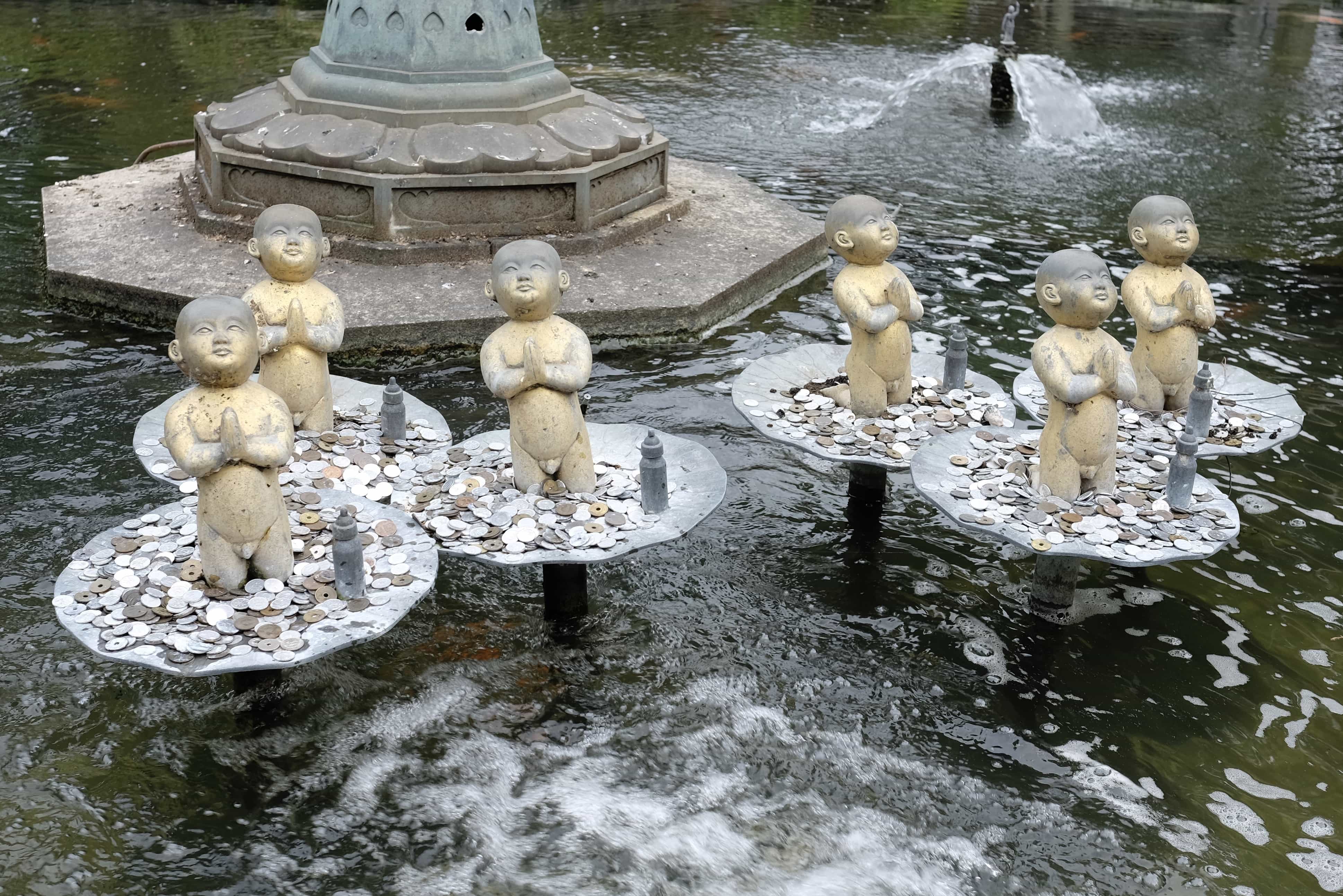 Ryōzen-ji was quieter than during my first visit and it was a blessing not to have to dodge any tour groups. 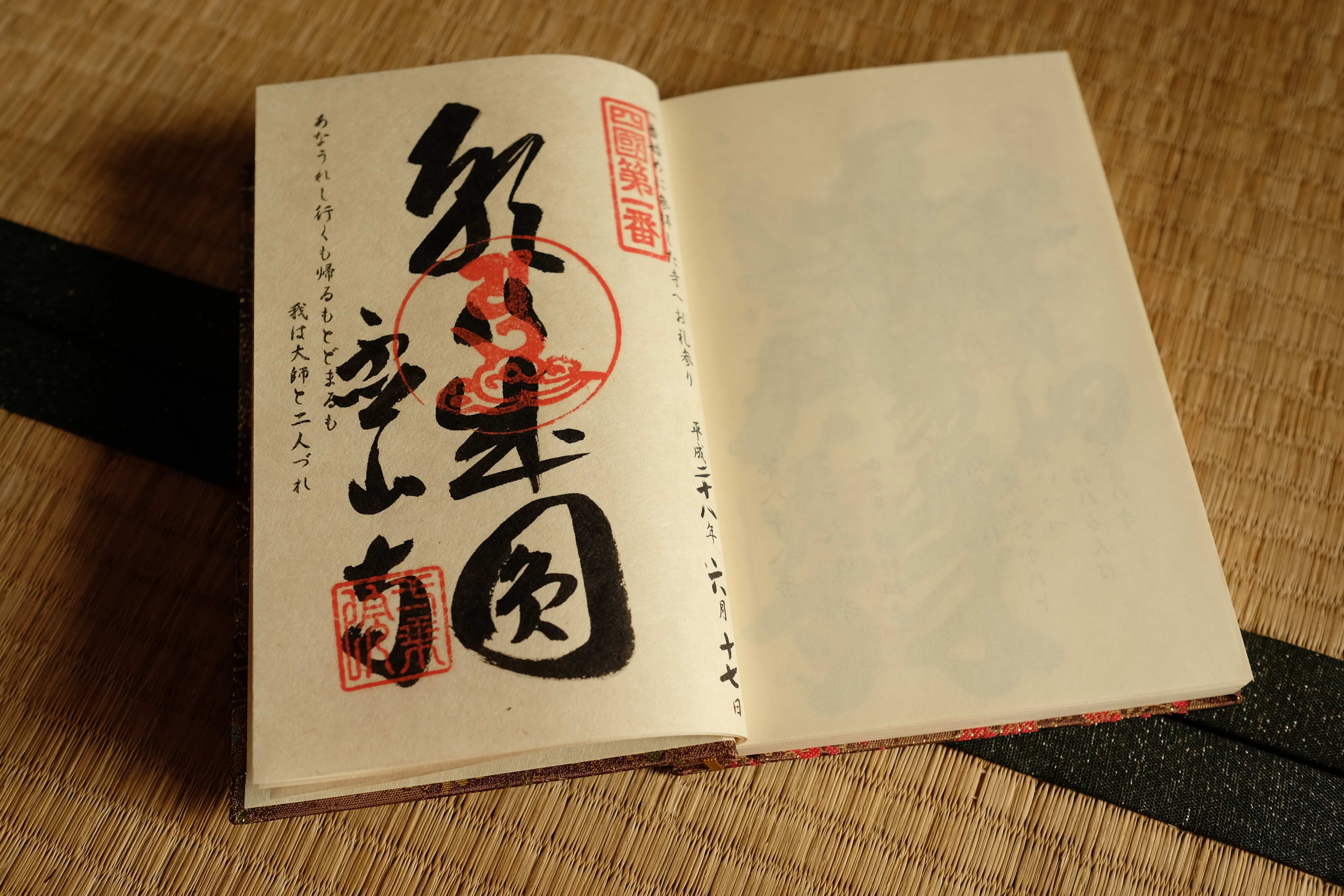 At the temple office, I got a special stamp in my book. The Chinese characters 圆满 mean to complete something in a circle (or as a whole) consummately and perfectly. 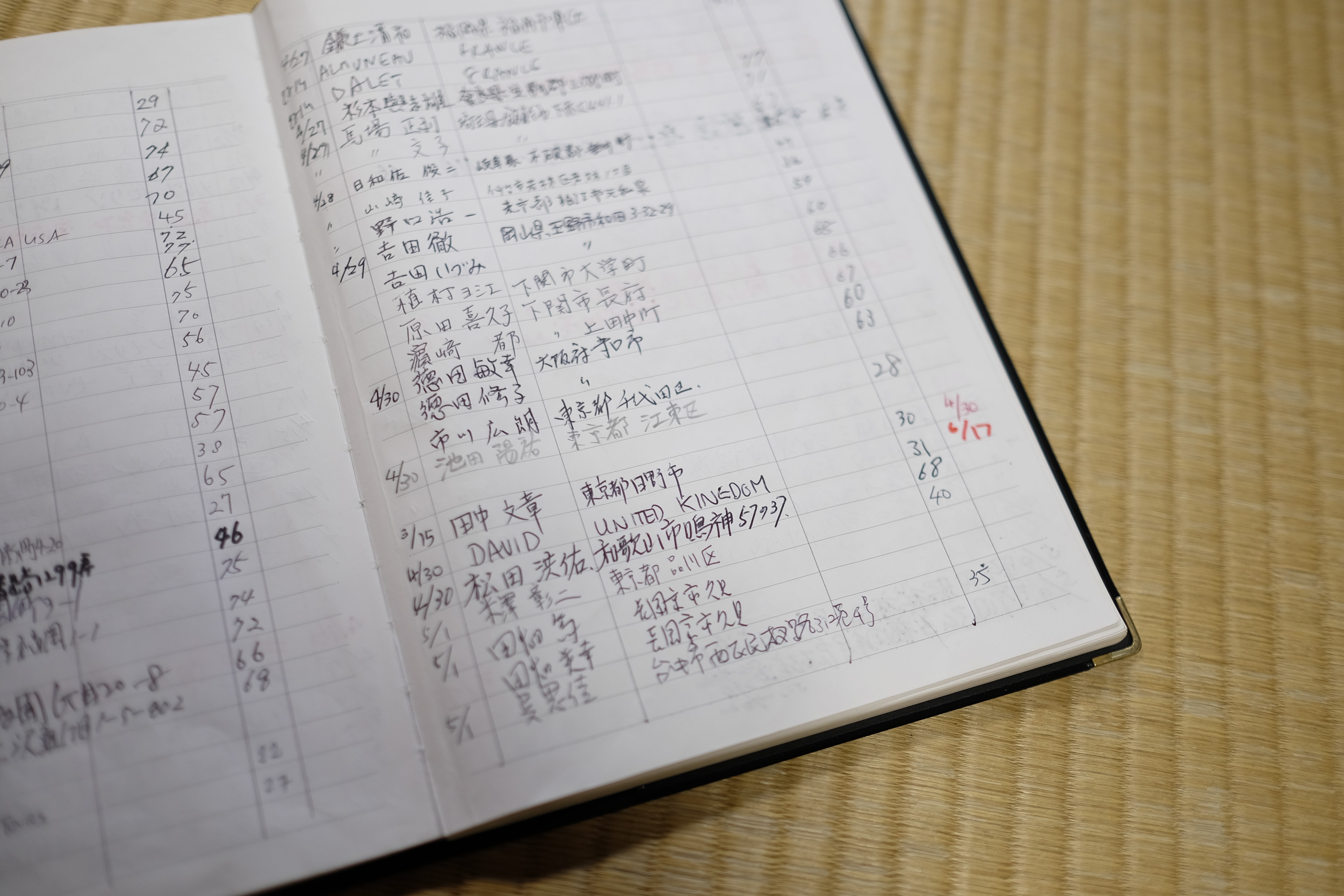 I found my entry in the temple log book where I had registered my departure and updated it with my completion date. 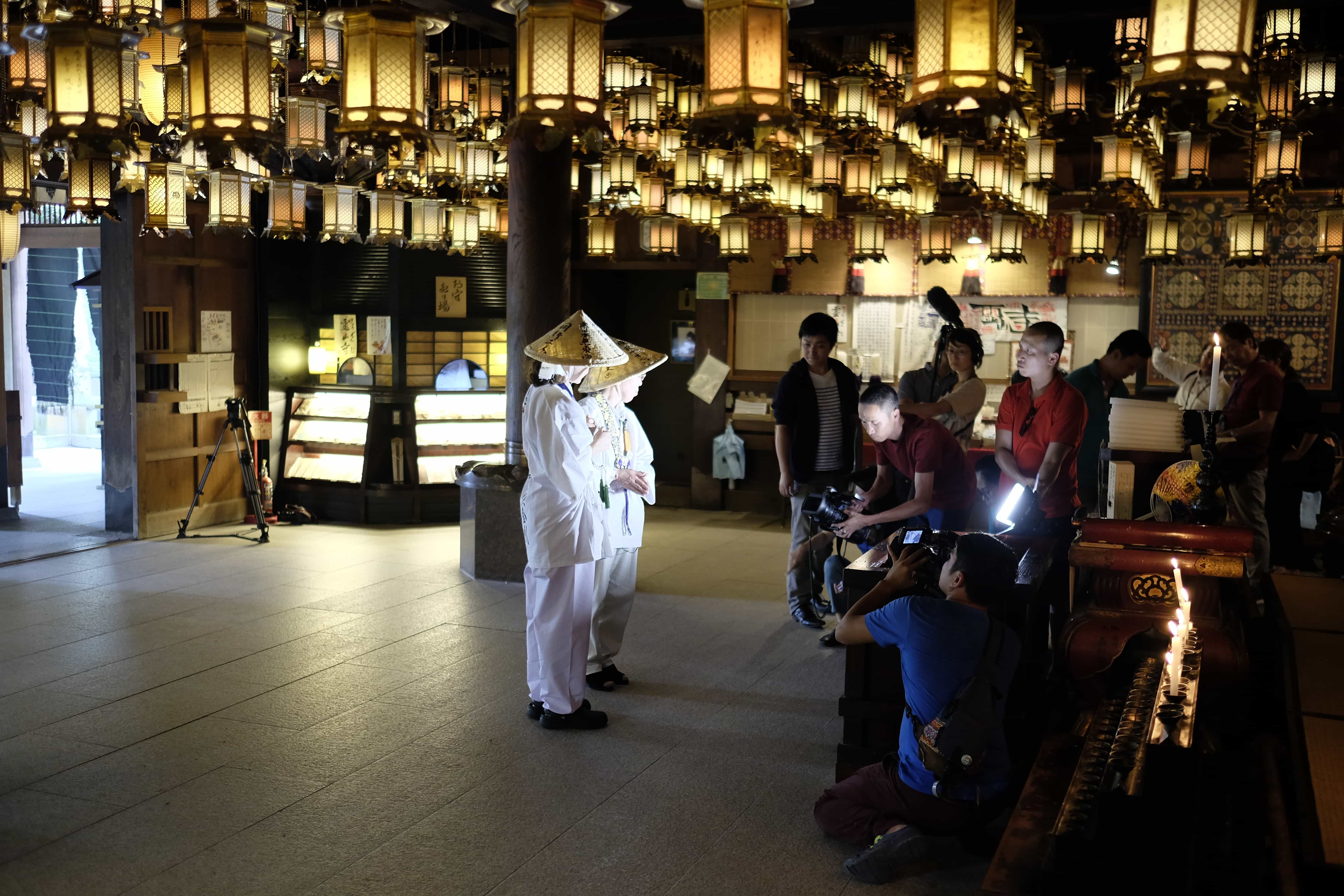 While I was there a Vietnamese film crew were in the middle of filming a program about Japanese culture. A young actress had dressed up in the full henro outfit and was asking questions via an interpreter to an older Japanese lady.

I got chatting to the producer and it turns out they were being sponsored by the Japanese tourist board. The first season had been such a success that they were now filming a second.

After watching for a while I left and walked to Bando Station to catch the 4.30pm train to Tokushima. Retracing my steps also invoked feelings of nostalgia and I wondered if I’ll ever be back again.

In the evening I had the good fortune to meet David Moreton, one of the authors/editors of the English guide book who works at Tokushima University. I had a fascinating conversation with him about how the book came to be, the pilgrimage, and life in Shikoku.

If you’ve followed the blog this far, thank you! At times it’s been hard to find the energy to post each day but all the wonderful comments and advice made it more than worth it. It’s been amazing having your support here as well as from all the people I’ve met on the trail.

I’m going to spend the weekend in Shikoku to visit a couple of places outside the trail before heading to Koya-San on Monday. Posting might be a little more sporadic but watch this space for some further thoughts on the pilgrimage and a review of all the gear I carried once I’ve had a chance to decompress a bit.