When film director Mamoru Oshii was looking for a model of the city of the future for his seminal 1995 animated film adaptation of Ghost in the Shell (based on the manga by Masamune Shirow), he turned to the cityscape of Hong Kong for his inspiration. Actual spots in the city were recreated for use in this cinematic representation of a near-future city (set in 2029) characterised by decadence, anarchy, and fantastical high-tech hyper-reality. One mise-en-scène in particular captures the essence of the city in beautiful, almost dreamlike, detail which intrigued me long before I had the chance to explore the real Hong Kong for myself:

When asked why Hong Kong was chosen as the backdrop for the film Mamoru Oshii and his art designer, Takeuchi Atsushi, had the following explanation:

[Oshii] When I was in search of an image of the future, the first thing that came to my mind was an Asian city. At first I did not think it was possible to create a perfect cityscape for the future; and what was done in the past seems unconvincing to me now…. The only way, if one is to be true to the methodology of animation, is to use real streets as models, so I thought of Hong Kong. It is like the Los Angeles of Blade Runner; what has been achieved in that city set will be of use to later films. [Atsushi] Ghost in the Shell does not have a definite chosen set, but in terms of street scenes and general atmosphere, it is obvious that Hong Kong is the model. Such a choice has, of course, something to do with the theme: on the streets there flows an excess or a flood of information, along with everything this excess brings out. The modern city is swamped with billboards, neon lights and symbols…. As people live in this information deluge, the streets will have to be depicted accordingly as being flooded…. There is a sharp contrast between old streets and new ones on which skyscrapers are built. My feeling is that these two, originally very different, are now in a situation where one is invading the other. Maybe it is the tension or pressure that is brought about by so-called modernization! It’s a situation in which two entities are kept in a strange neighboring relationship. Perhaps it is what the future is. 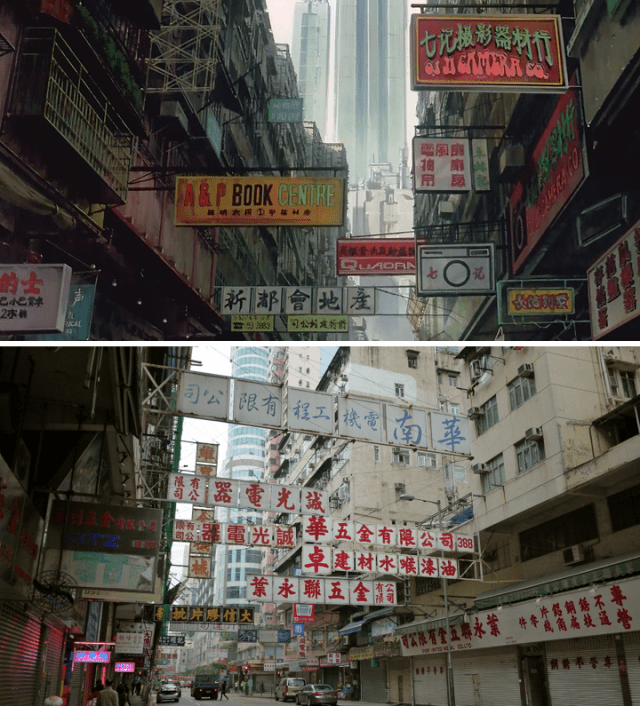 [Atsushi] In the midst of the profusion of signs and the heat of the messy urban space, the streets are remarkably chaotic. Passers-by, shouts, cars, all kinds of mechanical noises and human “sound pollution,” all merging into one, forcing itself into humans’ central nervous systems through their ears. But why do people succumb to this “destructive” environment? Now that the artificial has replaced the natural, humans are like animals in the past, deprived of the characteristics of being human as a whole. Pulled directly into the whirlpool of information through the stimulation of visual and auditory senses, their feelings are henceforth numbed. On the other hand, countless mutually interfering and uncertain data pass through cables at light speed. This is the way informatics continues to expand its domain. 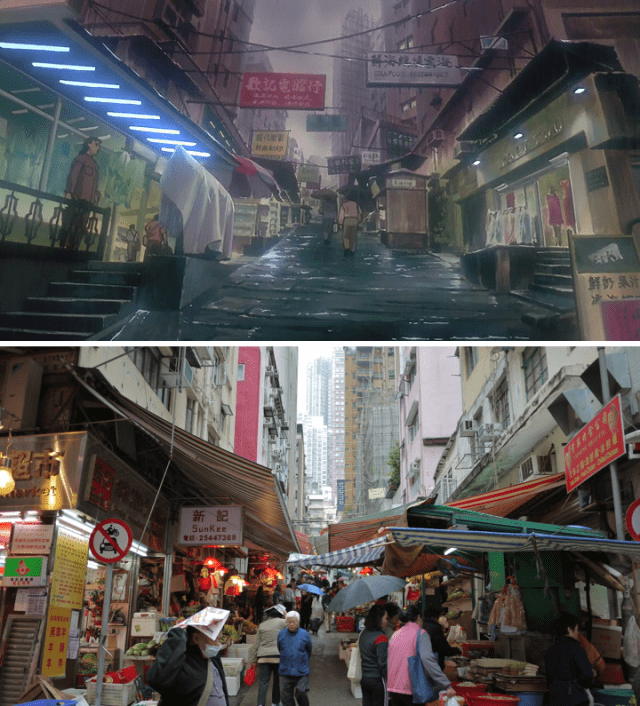 While the real Hong Kong may not be literally submerged in water (despite being surrounded by it), in nearly every other respect both the imagery and soulful mood depicted in the film mirror reality very closely – especially when contrasting the modern skyscrapers of Central with some of the older neighbourhoods in Sheung Wan and Kowloon. There is simply no other city like it. 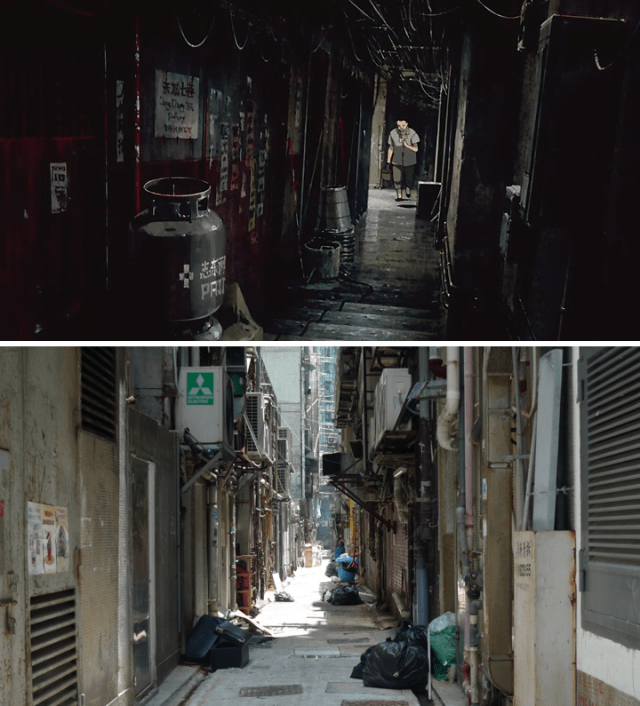 After getting my new Lumix GF2 earlier in the year I went out on a number of evenings (spanning March – June 2011) to shoot various scenes of everyday life in Hong Kong (mostly around Mong Kok) and have tried to assemble them in as a simple homage to Ghost in the Shell. Bear in mind that I’m not a professional videographer but I hope it evokes a similar atmosphere…

In many ways I feel that the intensity of living in Hong Kong has a numbing effect on its residents who try to insulate themselves from both the physical and mental demands of a city where money rules and personal space comes at a high premium. It’s no wonder that young people here struggle to get a foothold on happiness despite economic prosperity. 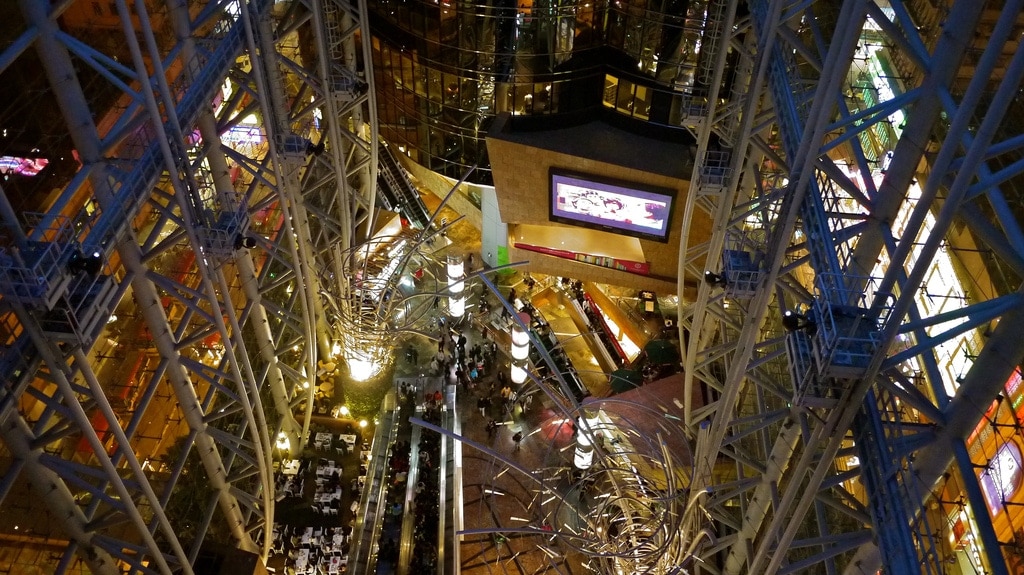 Hong Kong is the ultimate abstraction whereby our lives are no longer dependant on mother nature but on artificial life-support systems which feed off mass-produced assemblies of raw materials processed out-of-sight and out-of-mind. As a vision or model of a future city it’s both enthralling and frightening.

Update (7/8): The reaction to this has been fairly overwhelming – many thanks to Tim Maughan, io9, Crunchyroll, Reddit (2), and Gadżetomania for the support! 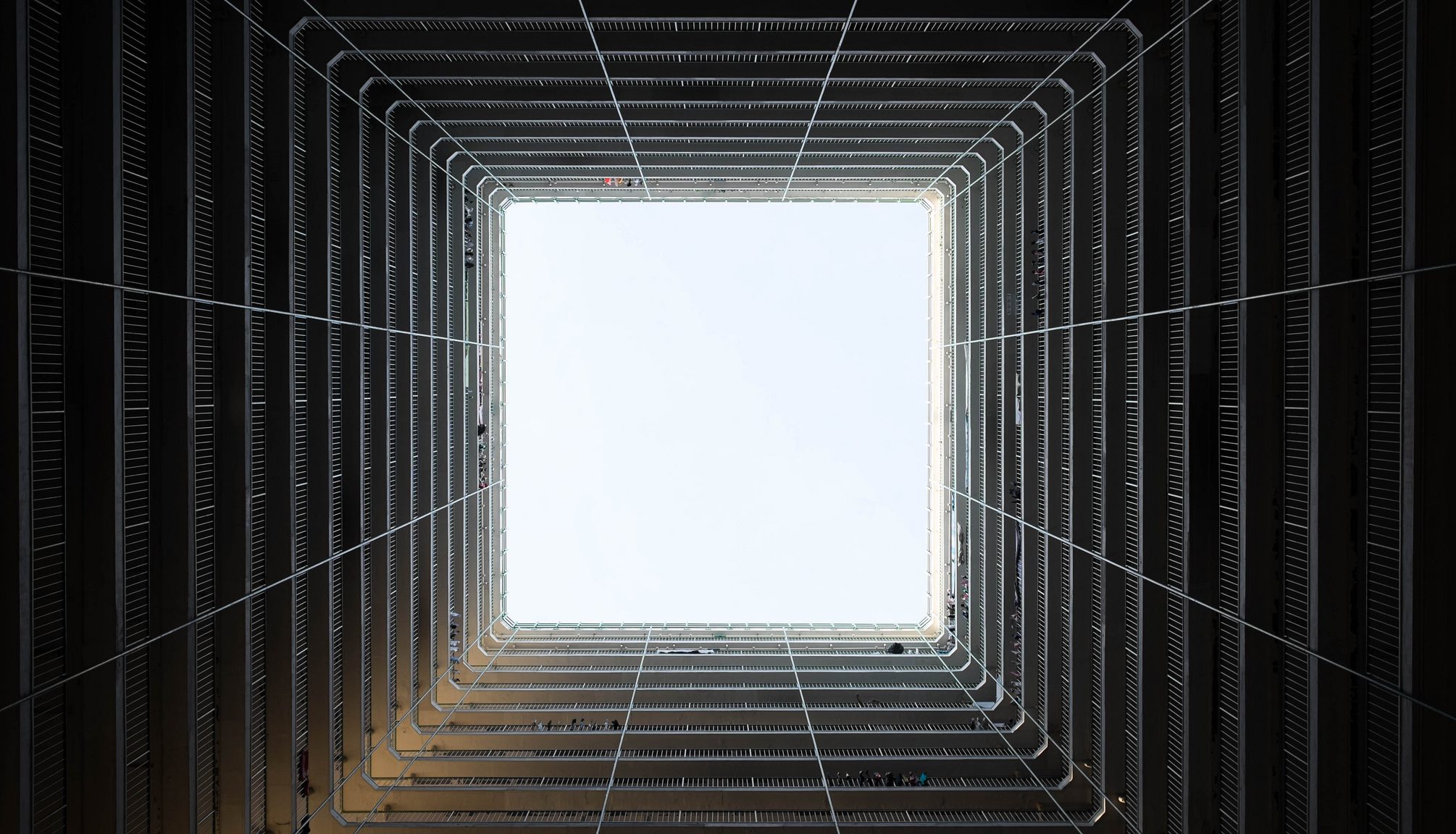 Leave a Reply to Ghost In The Shell: chasing ghosts in Japan, Hong Kong, and Taiwan - 4corners7seas Cancel reply