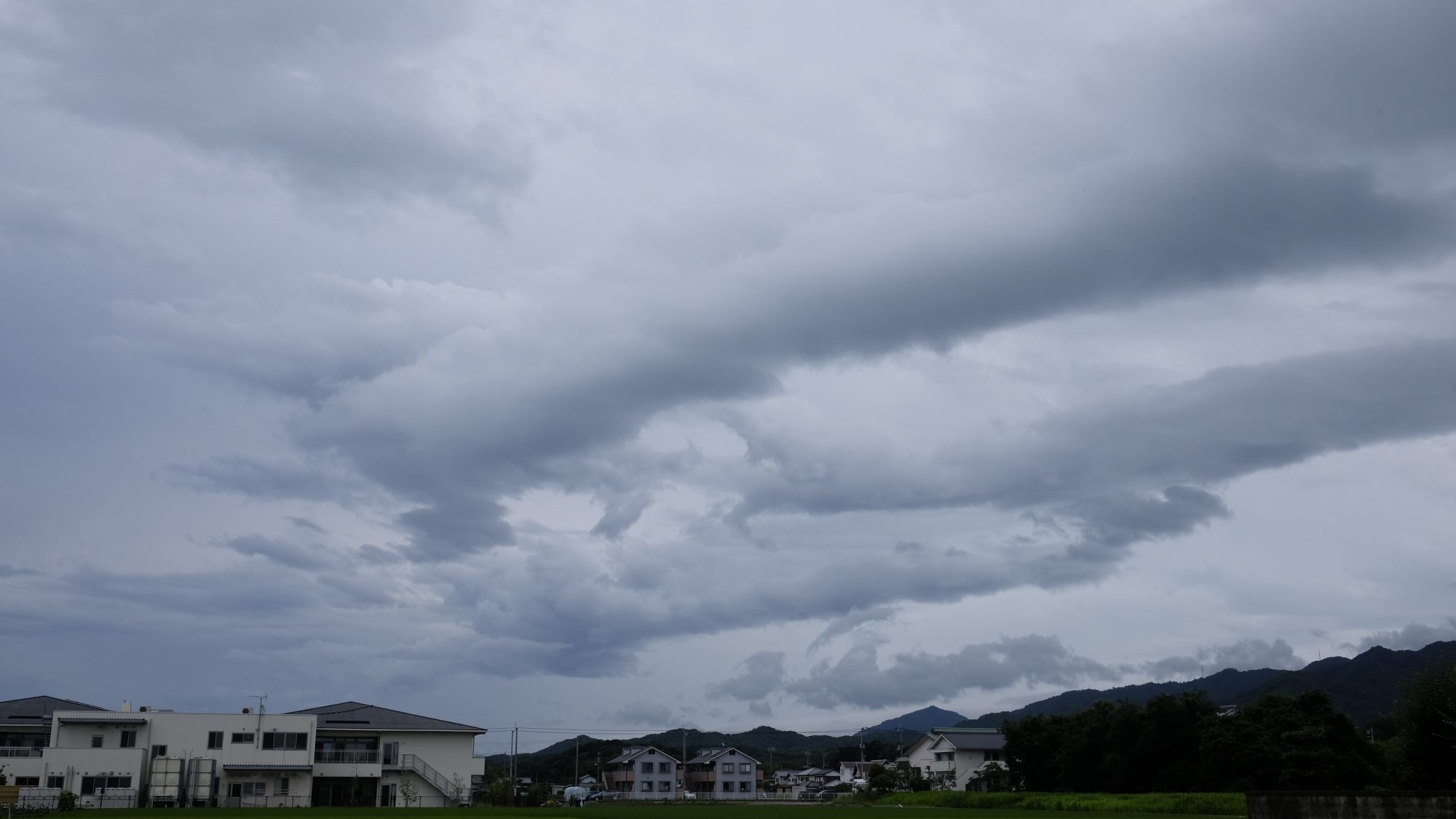 Dark clouds hung from the sky as I set out to conquer the final temple this morning. Usually this would be a cause for concern, but with the end in sight it only emboldened me to walk faster. 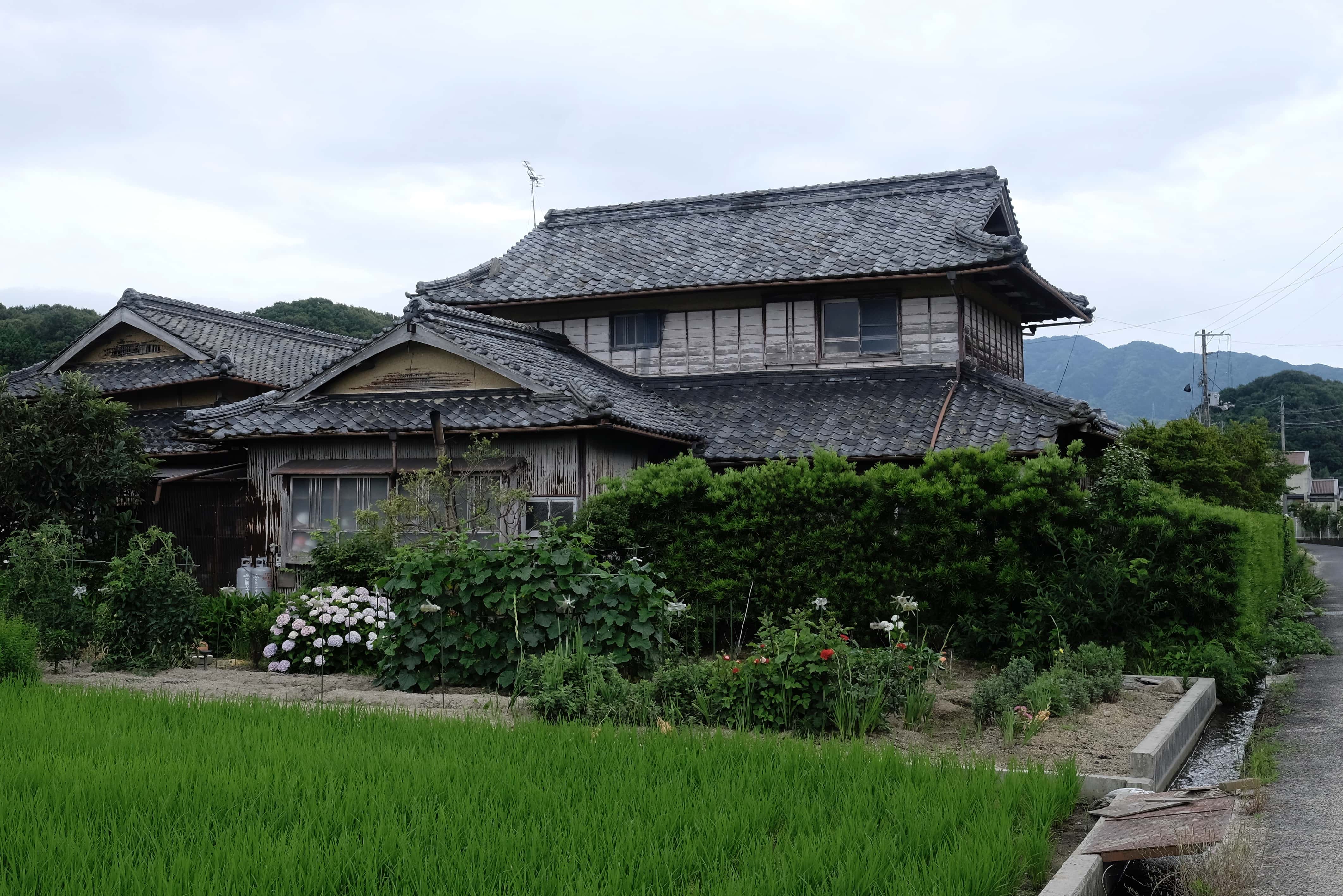 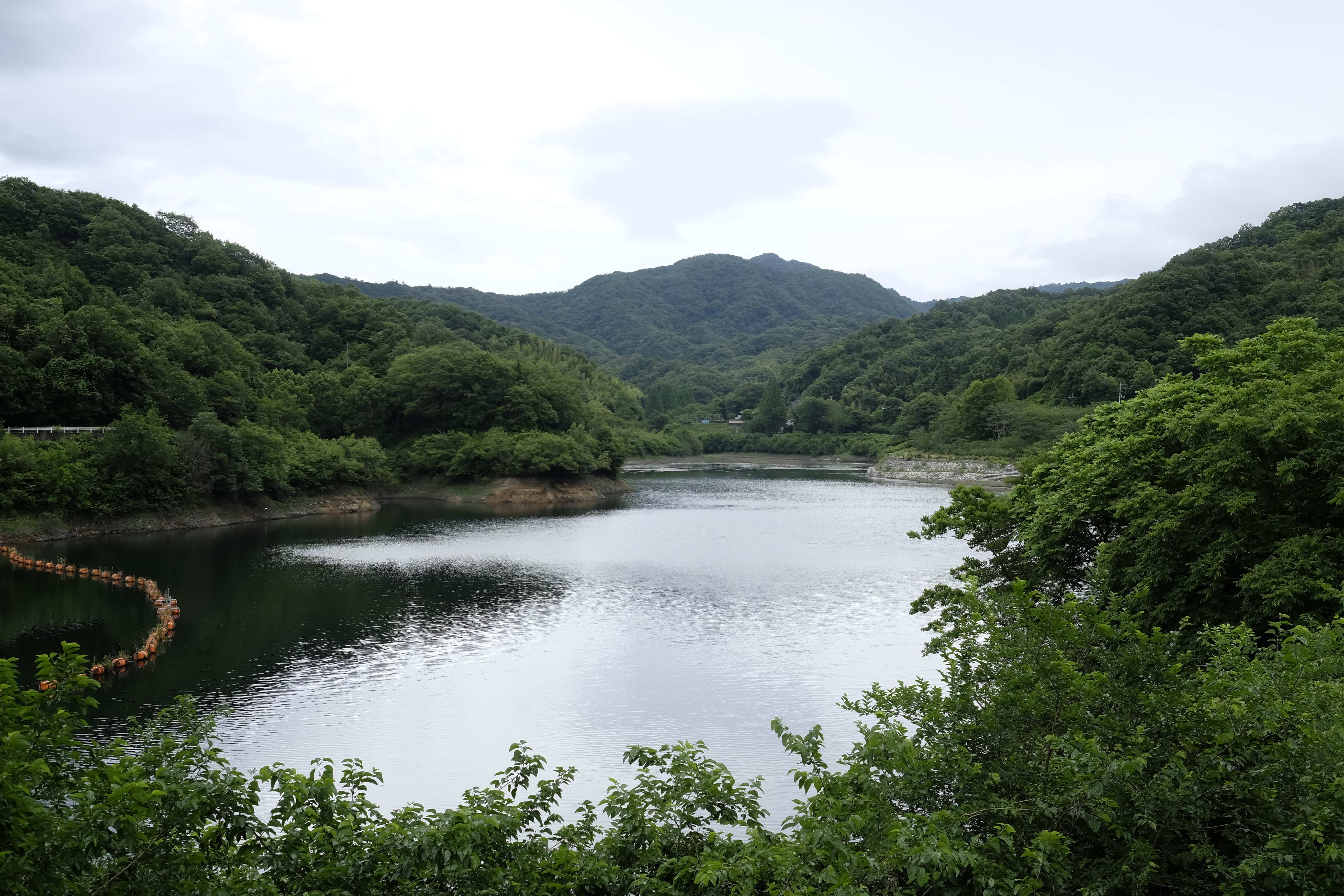 After an hour I reached Maeyama Dam and skirted around its edge, arriving at Maeyama Ohenro Kōryū Salon around 8.30am. 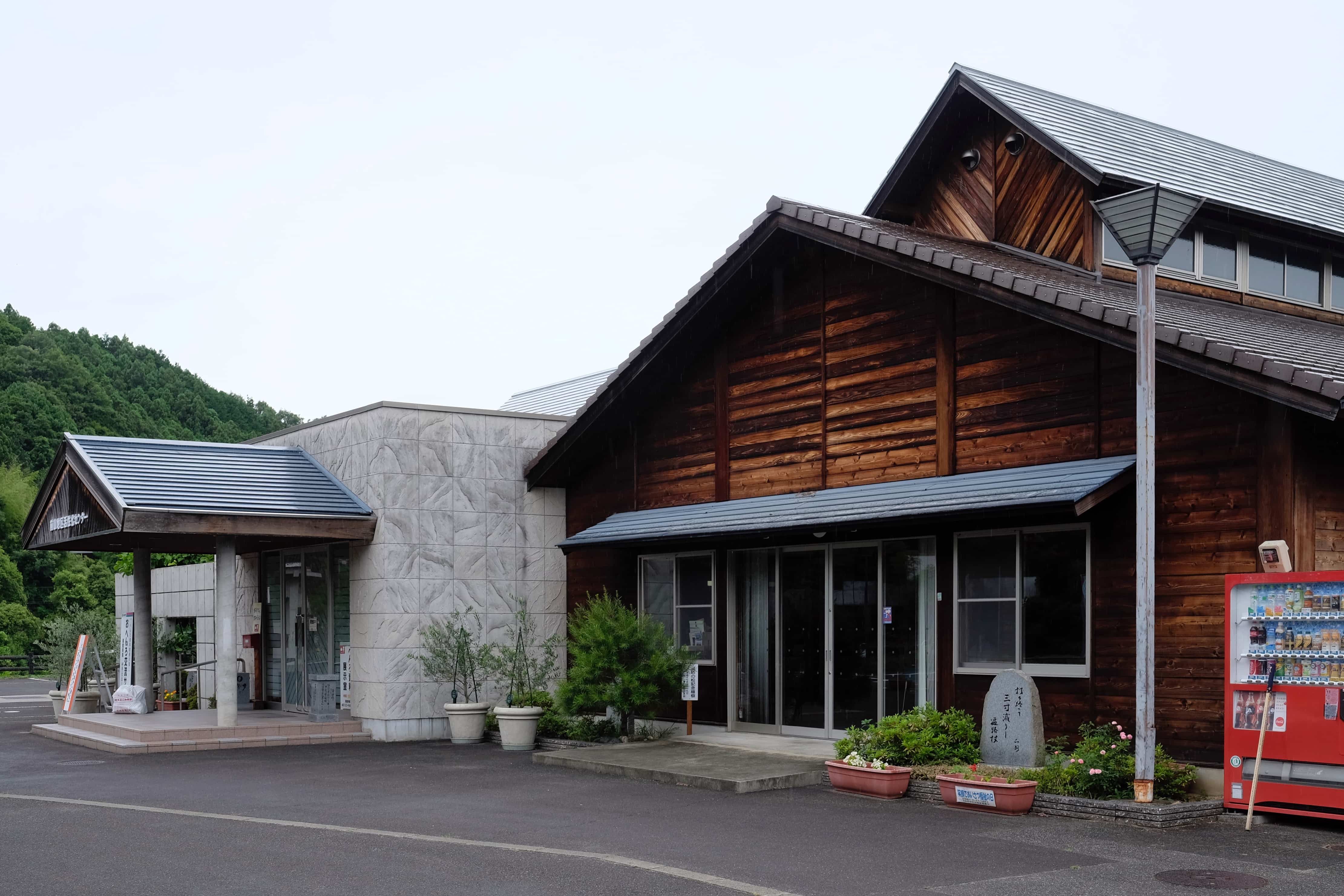 The facility, run by an NPO, has a small museum chronicling the history of the pilgrimage and presents walking pilgrims with a certificate of completion (I was no. 2505 since July 2015). 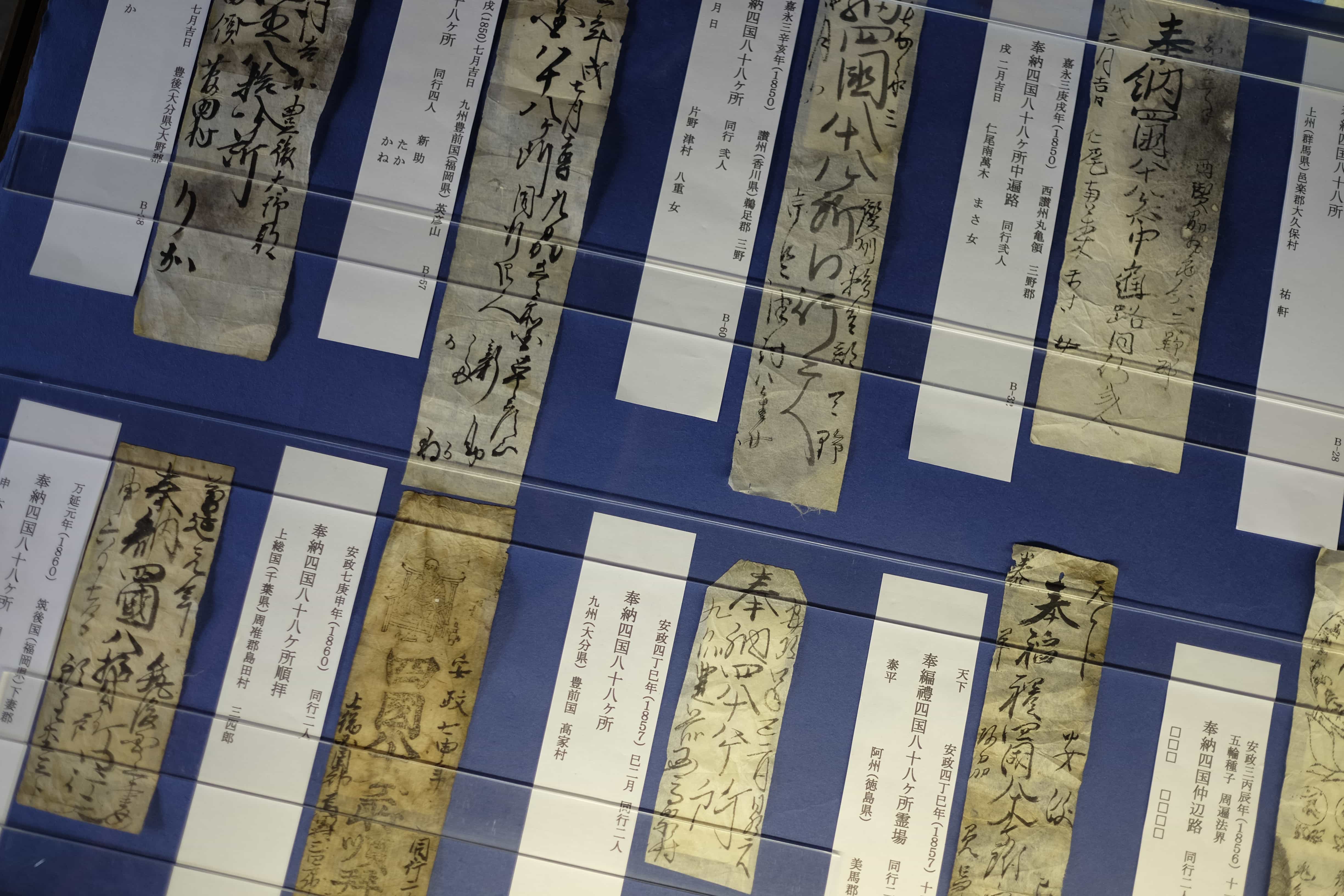 It was interesting to see the ancient osame-fuda (name slips) on display. It must have been pretty laborious to write each one out by hand from scratch. Beside the building is a large hut which, judging by the tent in situ, is fine to camp under.

Just as I was leaving the rain began but it was light enough not to have to don my full rain gear. Since I had about 12km of mountain to climb I would have just ended up a sweaty mess anyway. 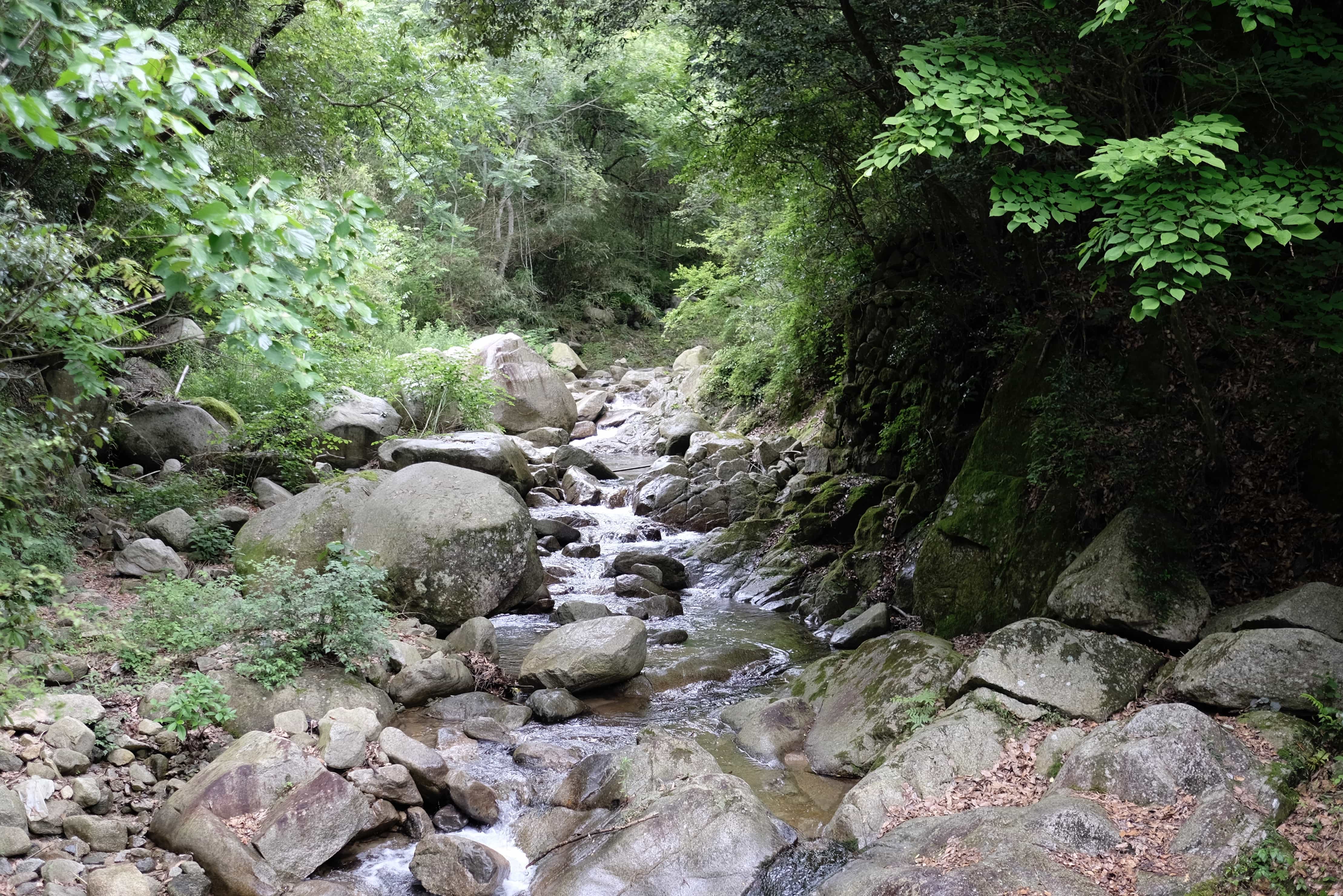 I choose to follow route B up to Mt. Nyotai because it seemed to have the longest offroad section and thus the most tree cover. 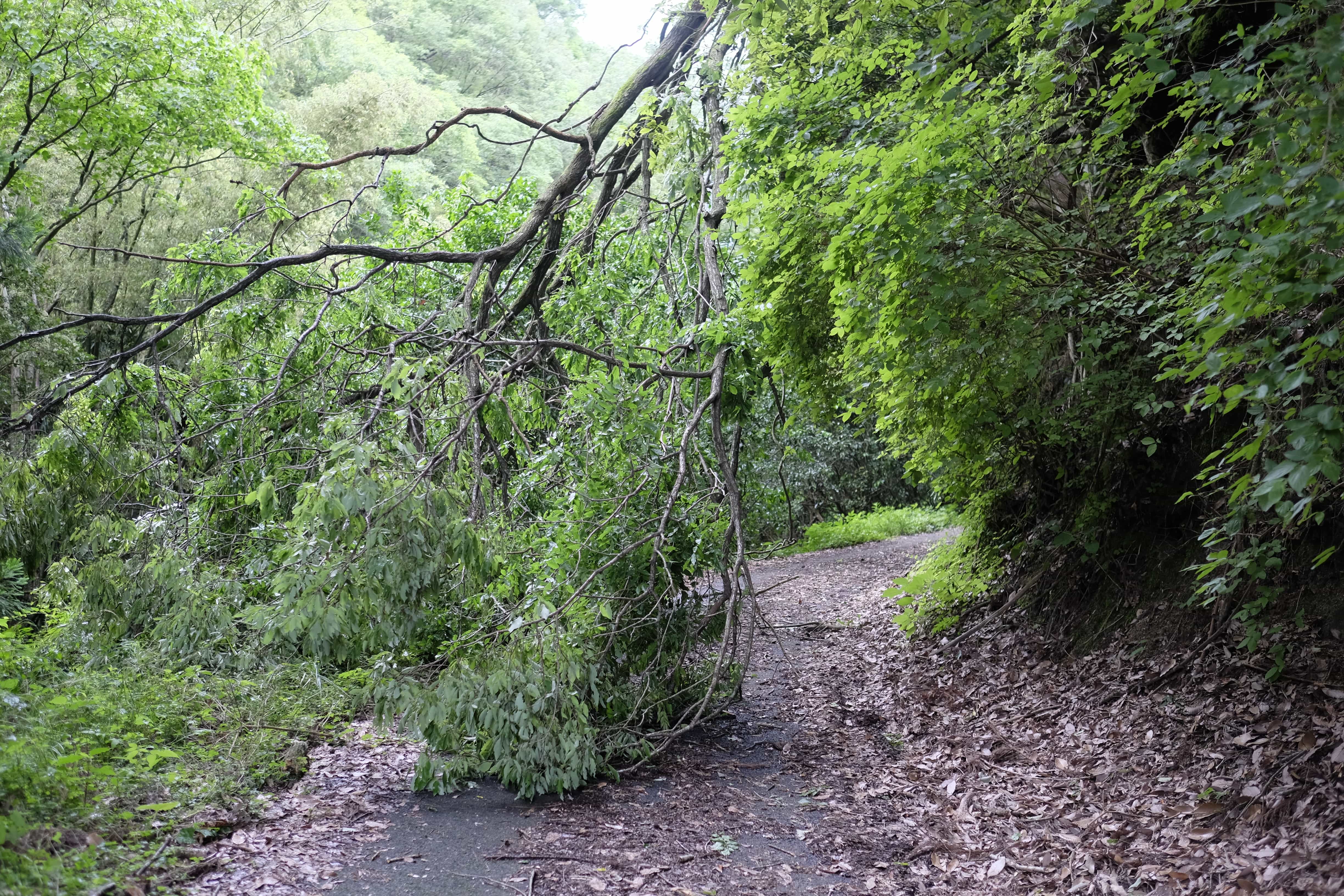 Along the way, I tried to picture in my mind all of the people who had helped me get this far. There have been so many that to be honest, I think I must have missed a few. 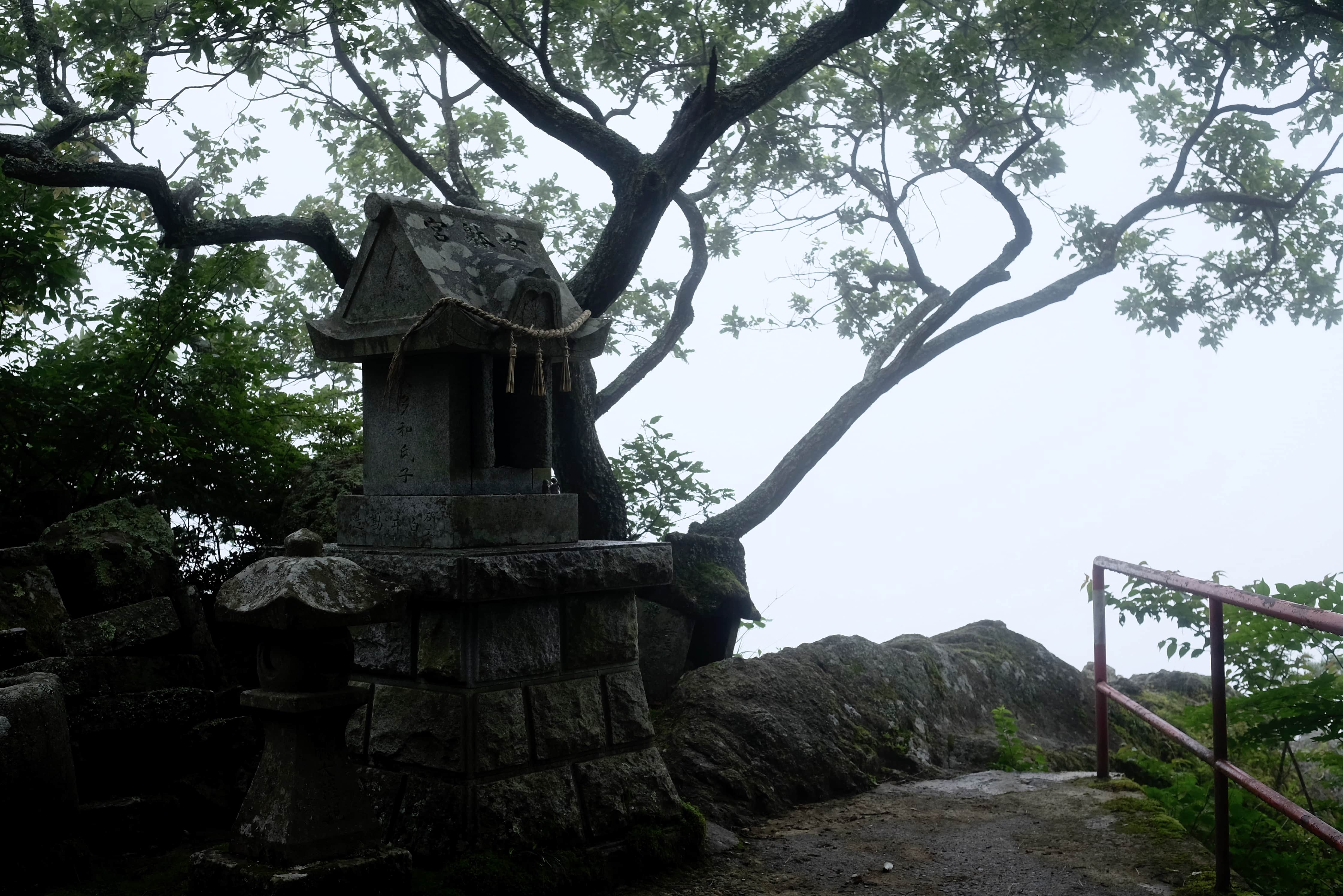 Except for the rocky final kilometre the ascent was pretty forgiving and I was at the 741m peak by 11am. Unfortunately, the clouds had obscured what would have been a spectacular view. Fittingly the small shrine here contains a statue of the god of rain. 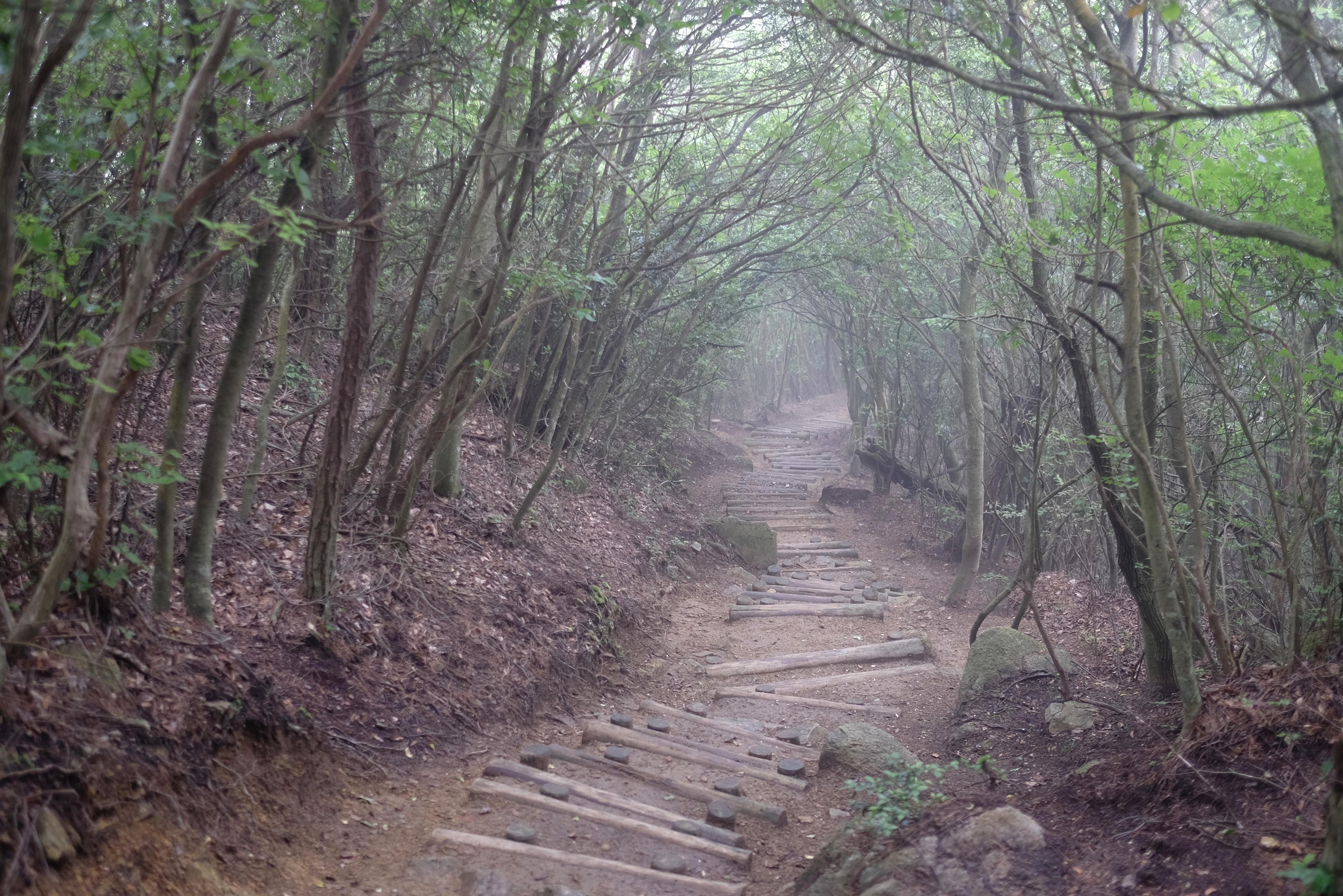 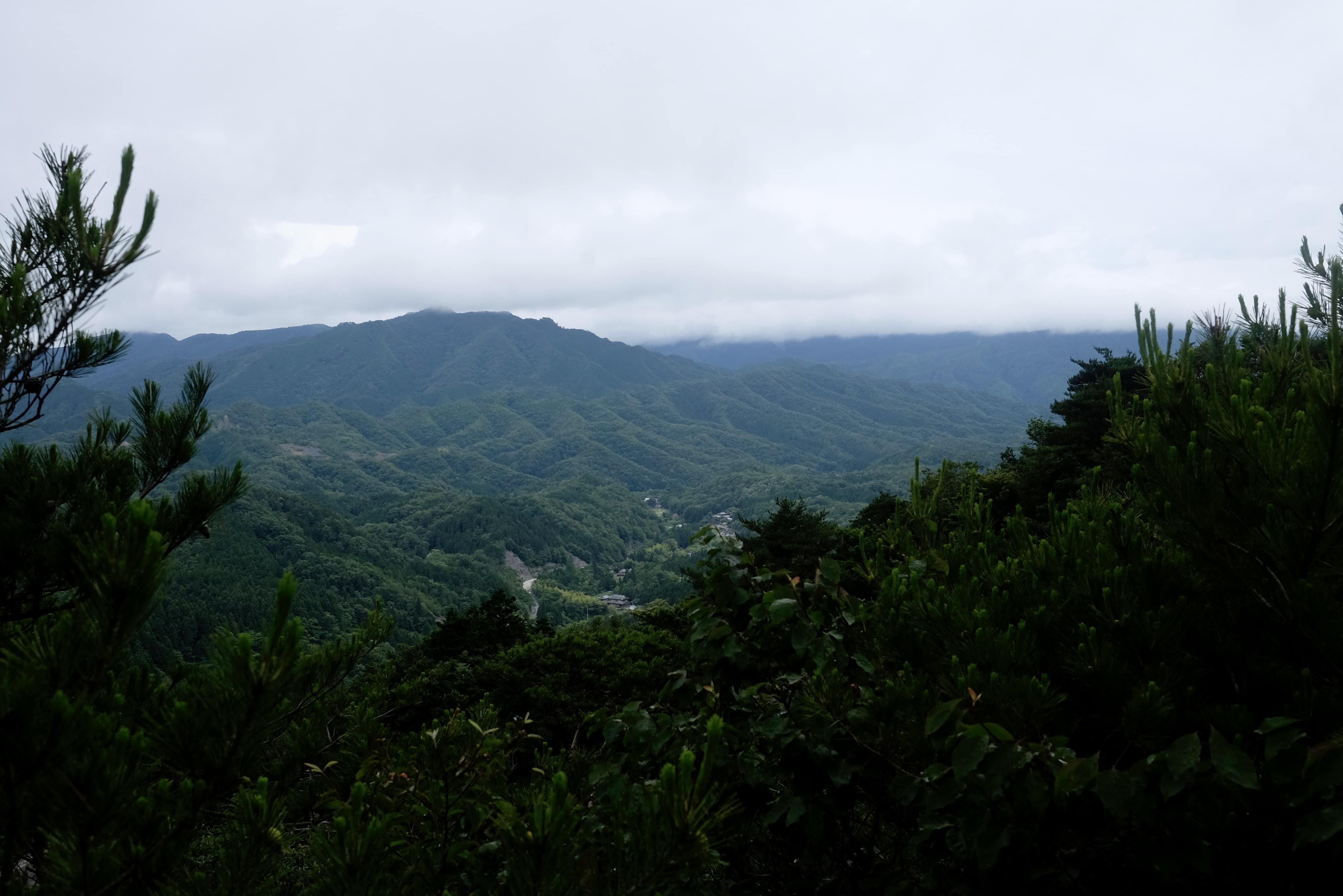 From here it was a half hour walk downhill to Ōkubo-ji (大窪寺 – 88). Below the clouds I finally got a glimpse of the landscape stretching as far as the eye could see. 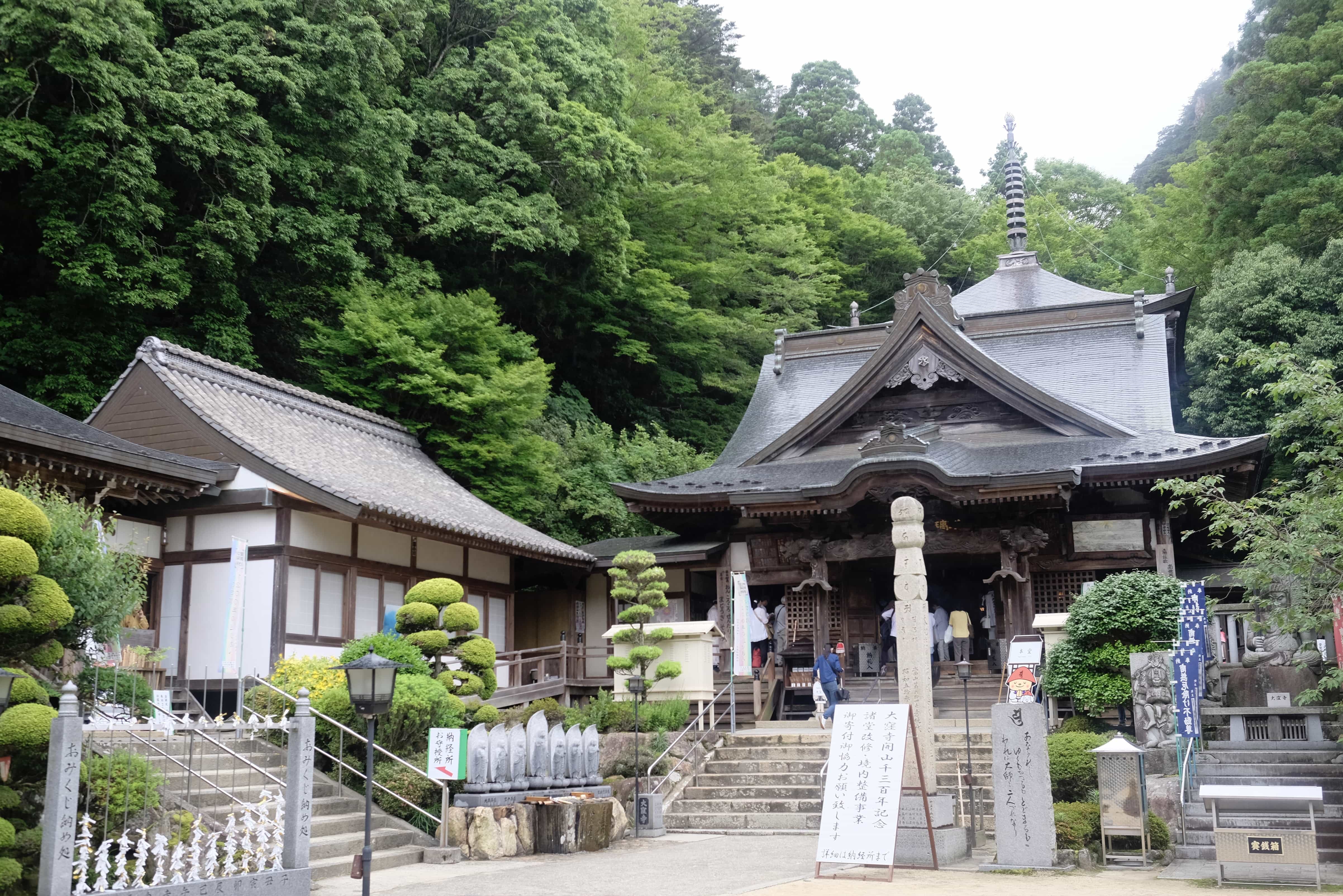 Walking around to enter through Ōkubo-ji’s main gate, I had half expected something a little grander than the other temples but instead it was much like the rest. Given the nature of the quest, the understatement was apt.

I almost had the whole place to myself and this time I went through the rites more slowly than usual, trying to savour the moment and appreciate how far I’d come over the last 7 weeks. Some people choose to leave their wooden staff here, for a fee, considering it as a symbol that their journey is over. Unfortunately, the silence was broken 15 minutes later by the arrival of a tour group who immediately took up most of the space in the small courtyard while they took a group photo.

Retreating to the temple office, I got my booked stamped, and then walked back down the steps to a restaurant just outside the main gates. There I bumped into a friendly couple I’d met on the trail earlier who recommended me a special udon dish served in a cauldron of broth with all sorts of vegetables and pork. Feeling content I began the 10km descent down to where I’m staying tonight. The rain had intensified so I stopped under the eaves of a farmhouse to suit up. After some nice woodland detours, I arrived at Shirotori-onsen at 3pm. This gave me plenty of time to wash my clothes, take a bath, get organised and relax before dinner.

There’s more I’d like to write today but I think it’s going to take a few weeks of decompression before I can get the right words out. Needless to say, it was a momentous day.

Tomorrow I’m heading back to Ryōzen-ji (霊山寺 – 1) where this all began to close the circle.