When you think of China the thought of a Muslim population existing there doesn’t immediately spring to mind which why I was somewhat surprised to find a thriving Muslim Quarter in Xi’an. The area was founded around 742 AD when foreign merchants from Persia, Afghanistan, and many other Middle Eastern kingdoms set up shop there along the route of the Silk Road. After 1300-odd years of integration we reach the current tight-knit Chinese-Muslim community totalling around 50,000 of whom many will spend their entire lives within the same five square kilometres where life exists much the same as it has the last few hundred years. 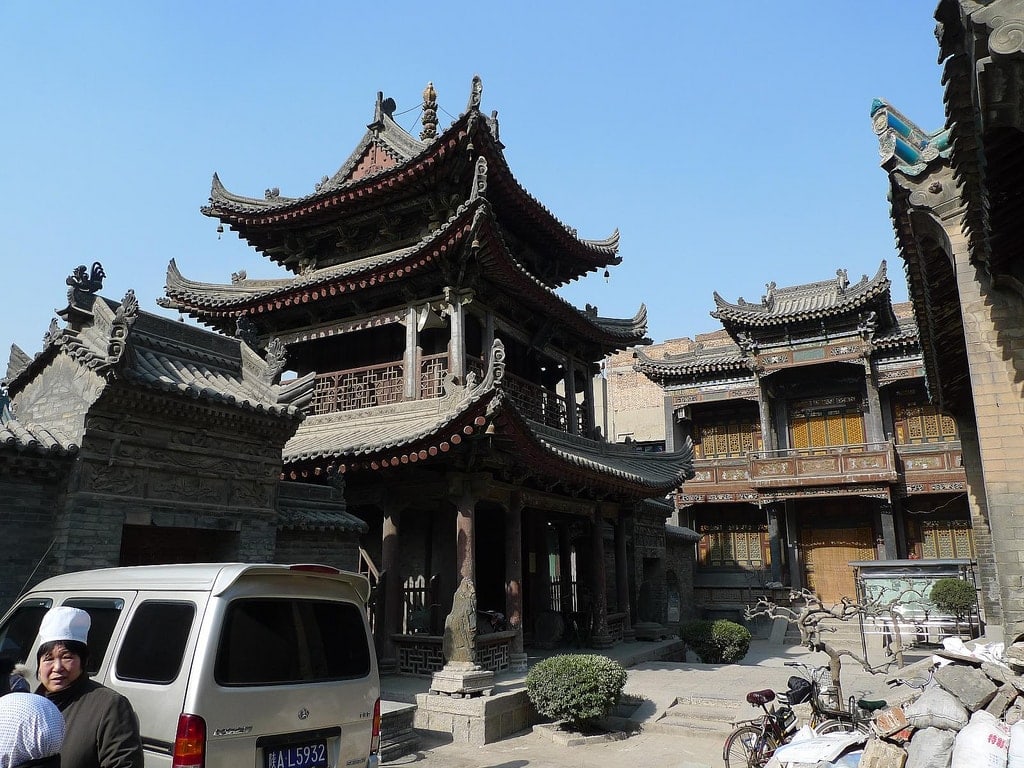 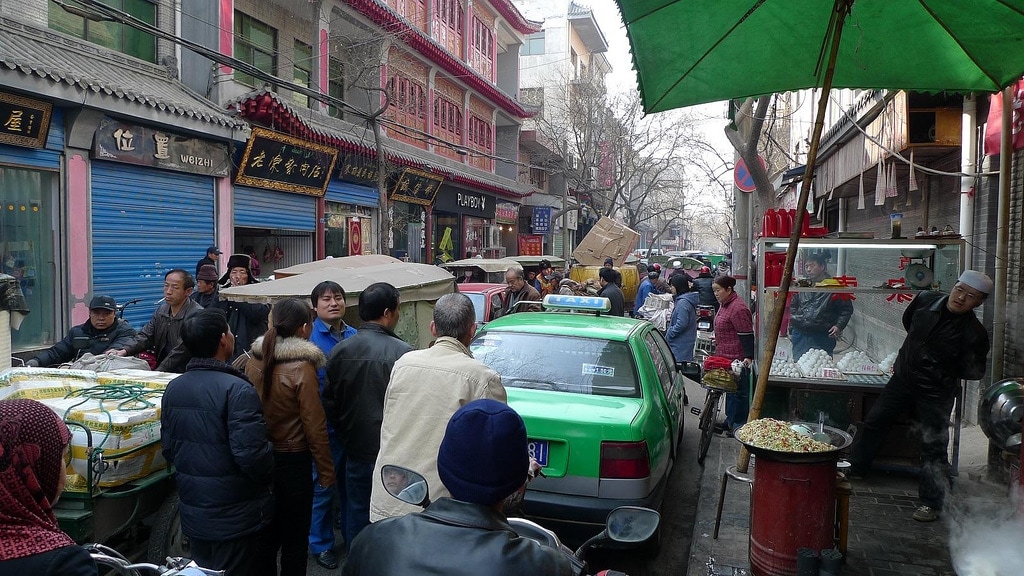 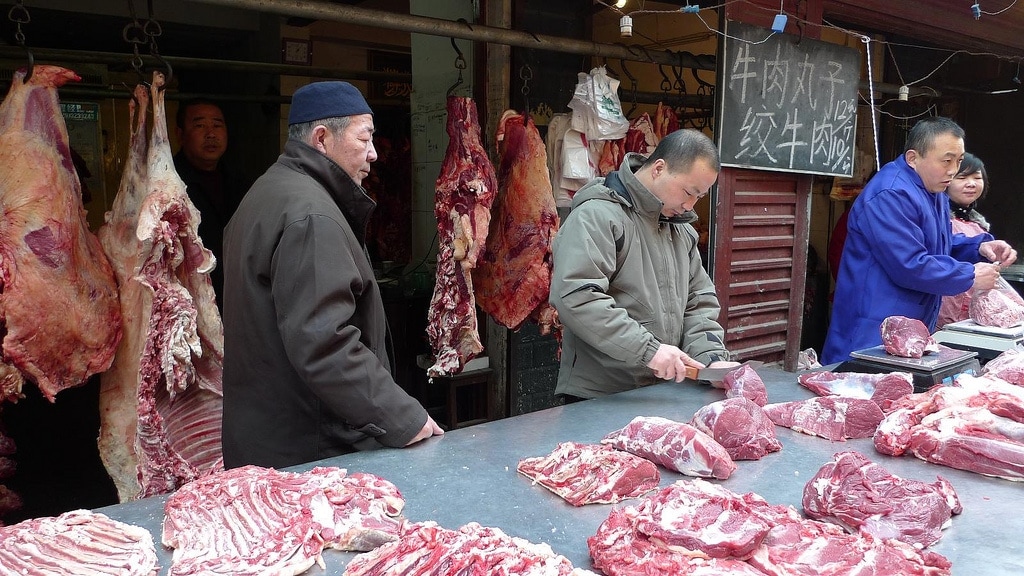 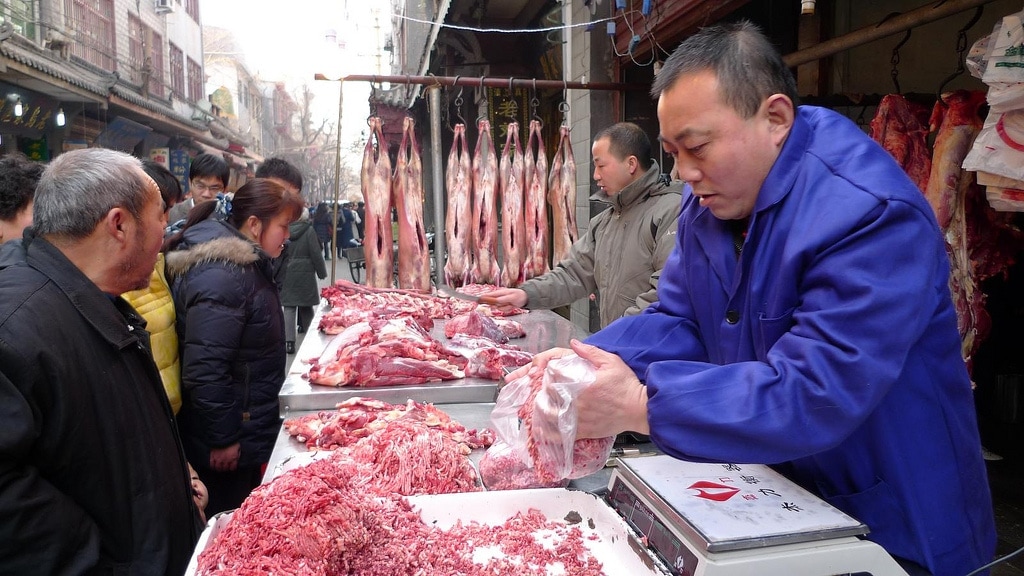 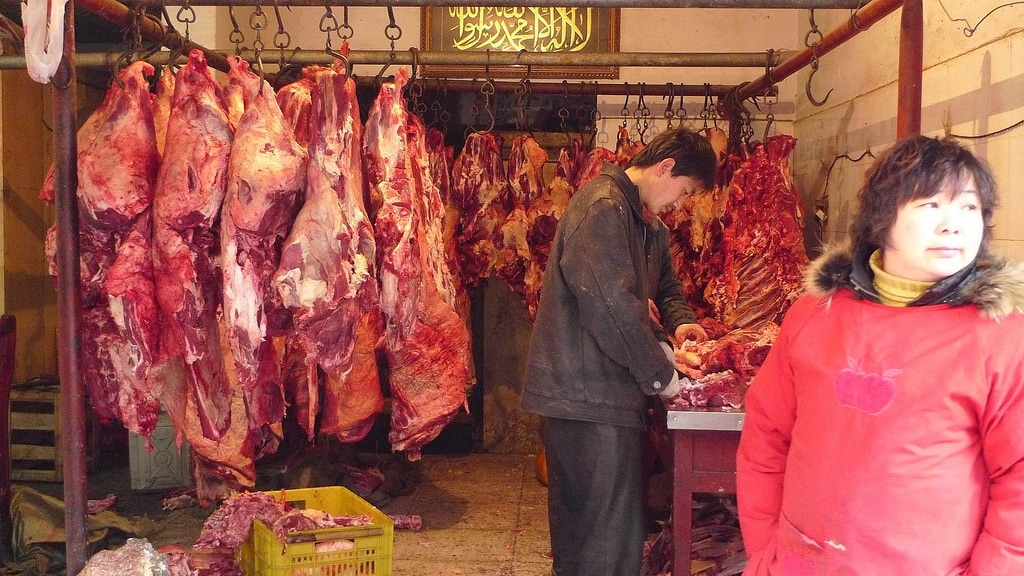 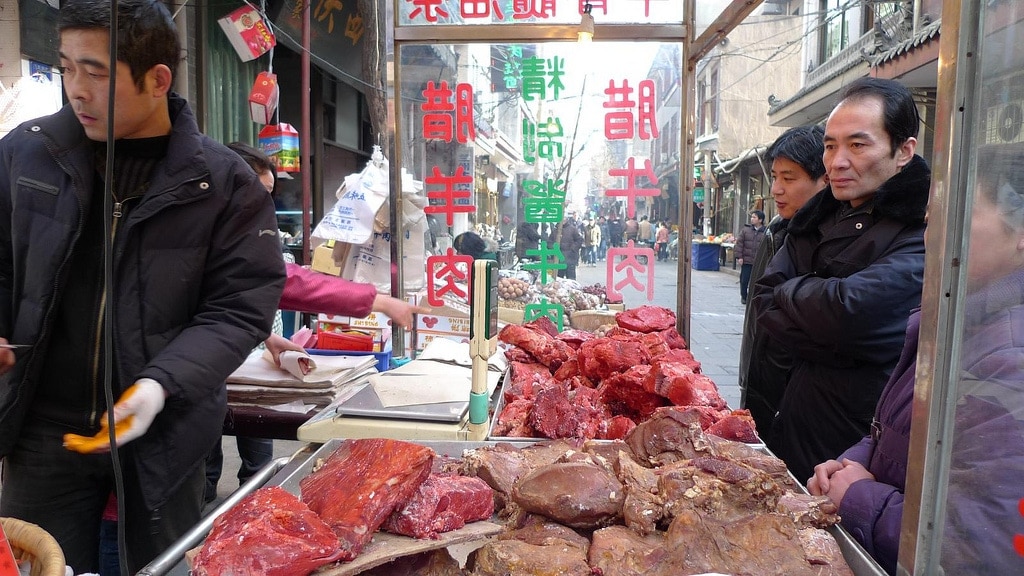 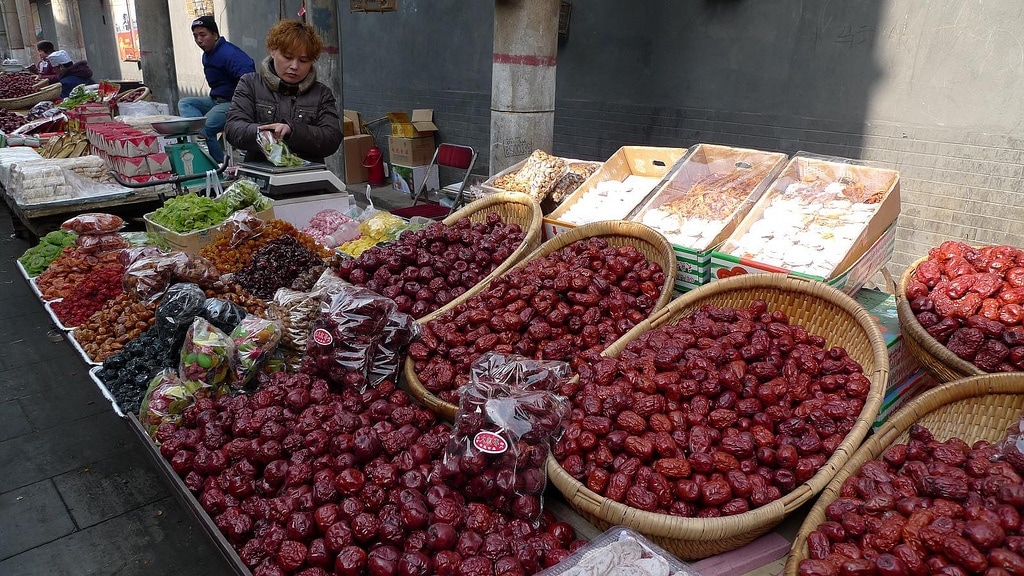 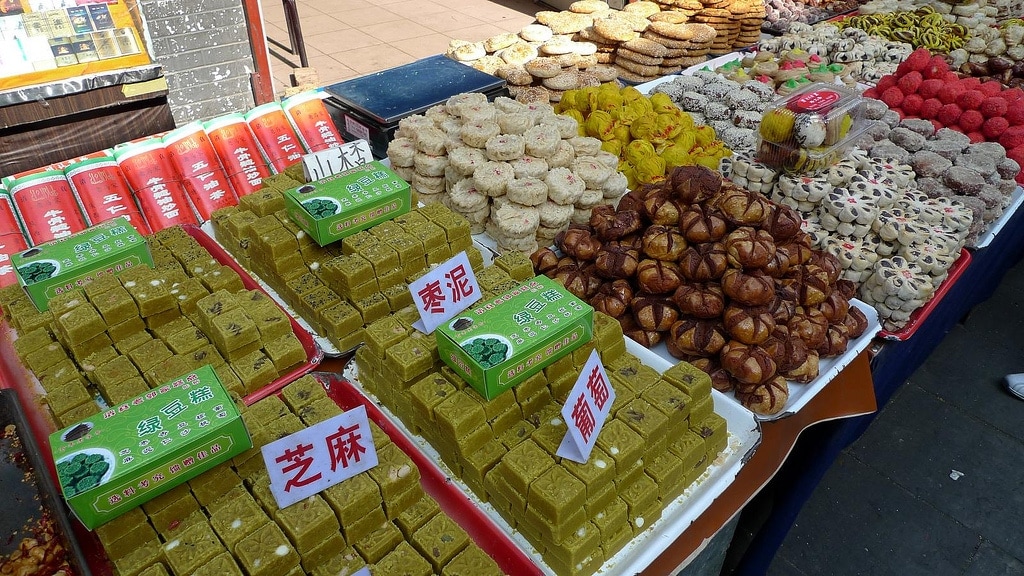 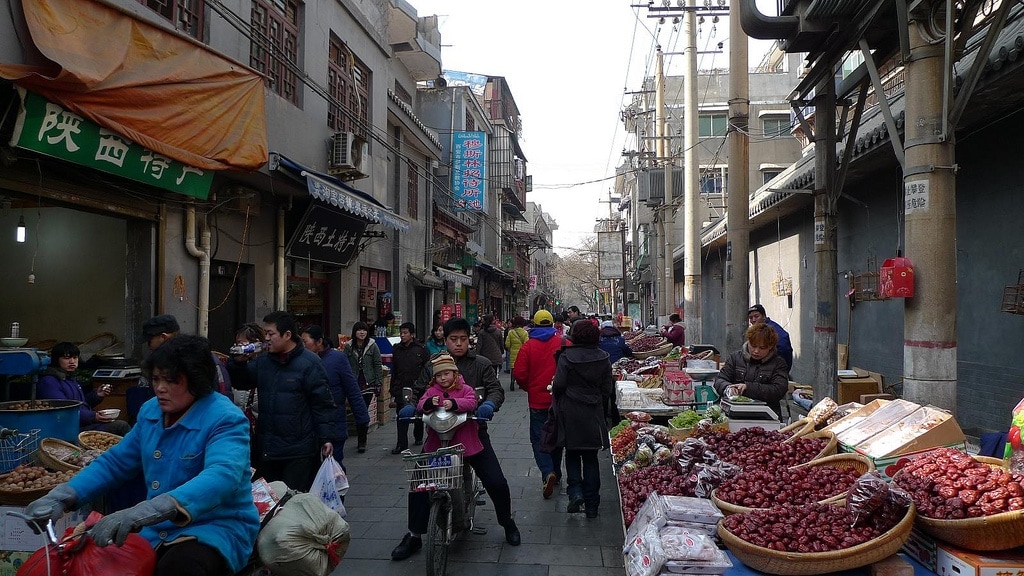 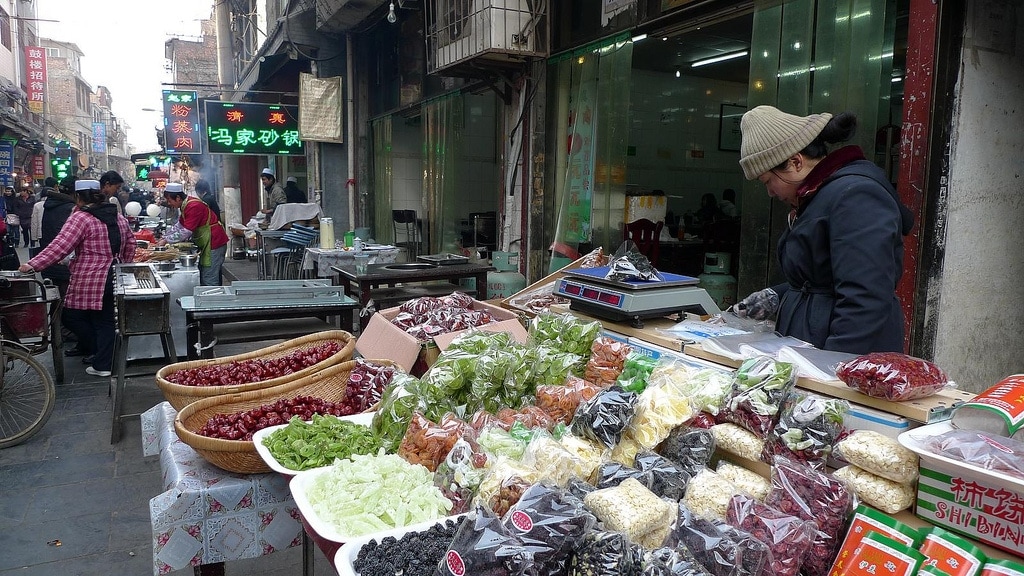 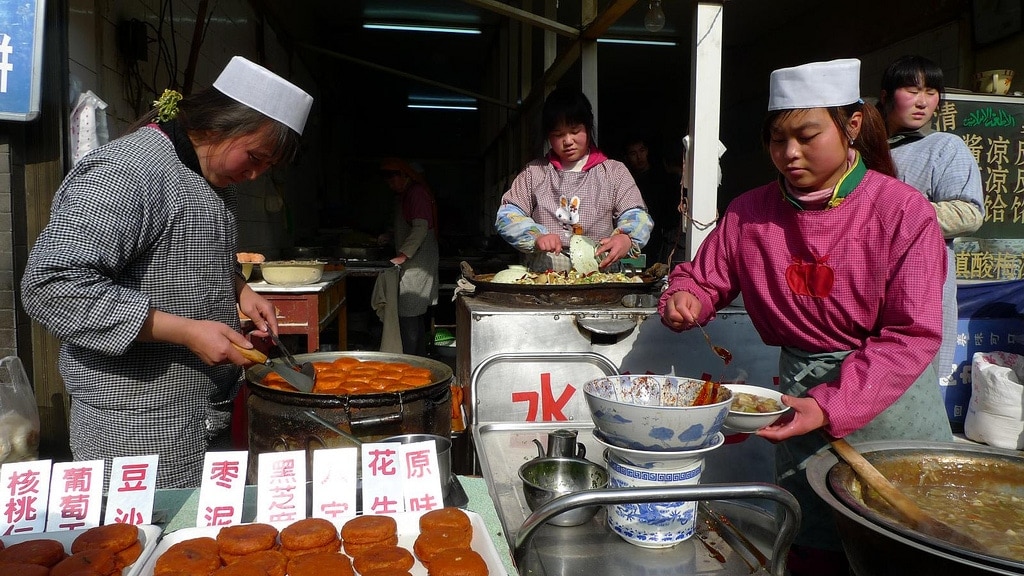 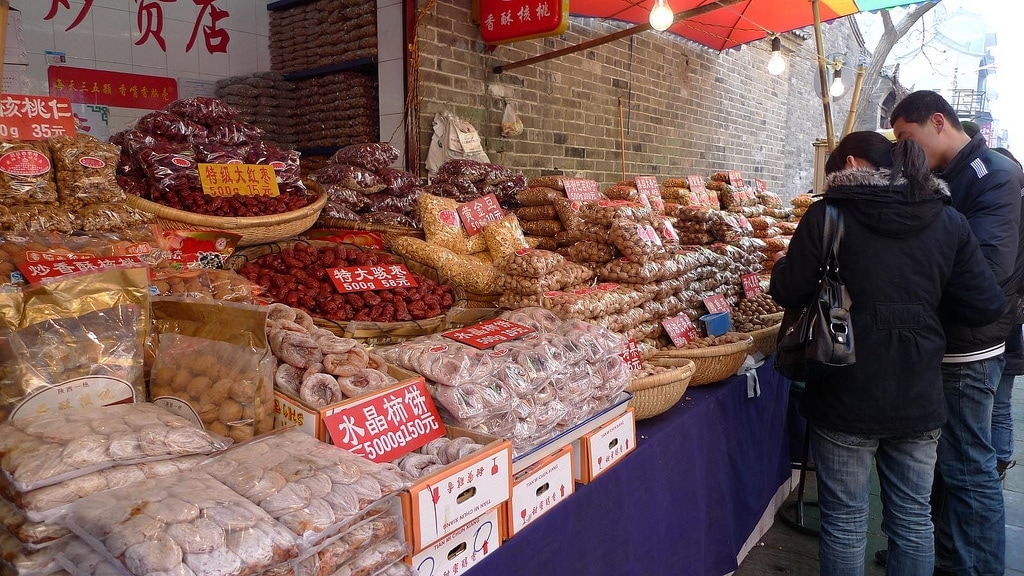 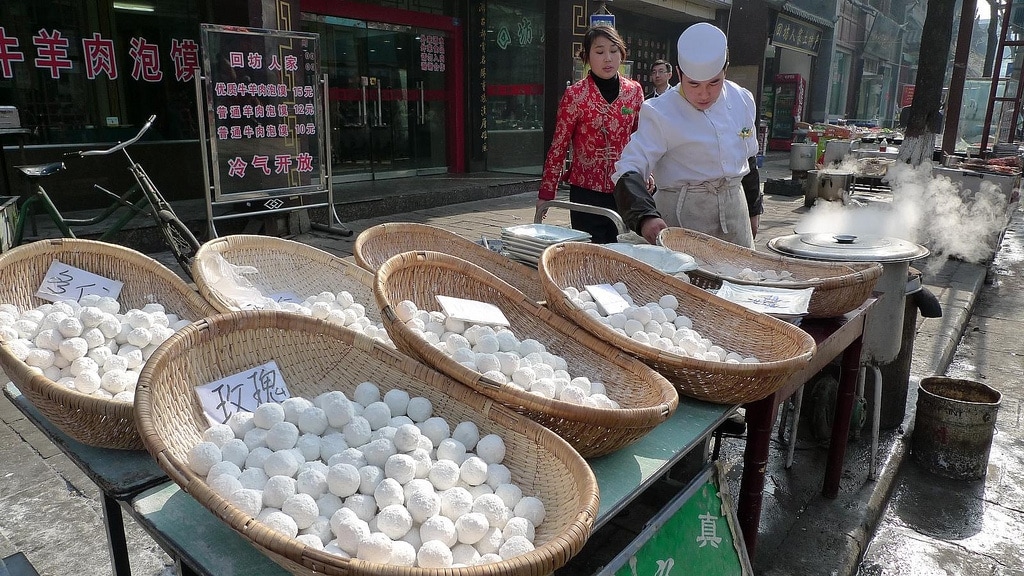 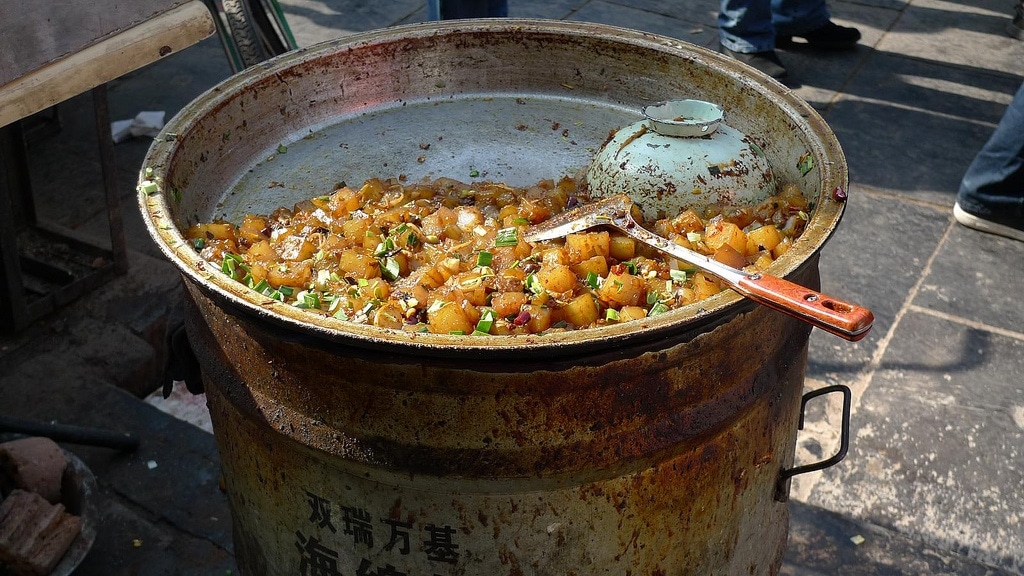 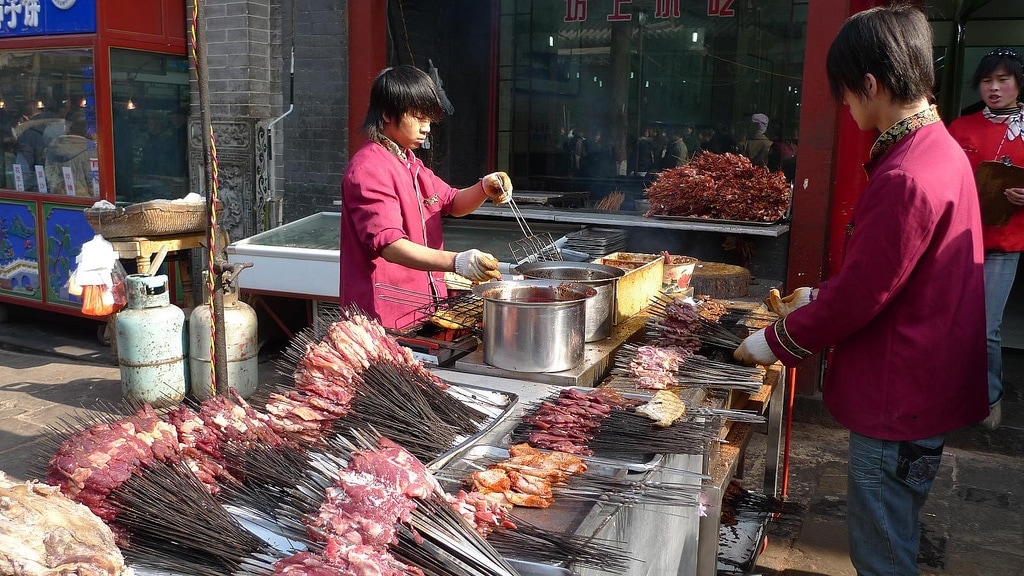 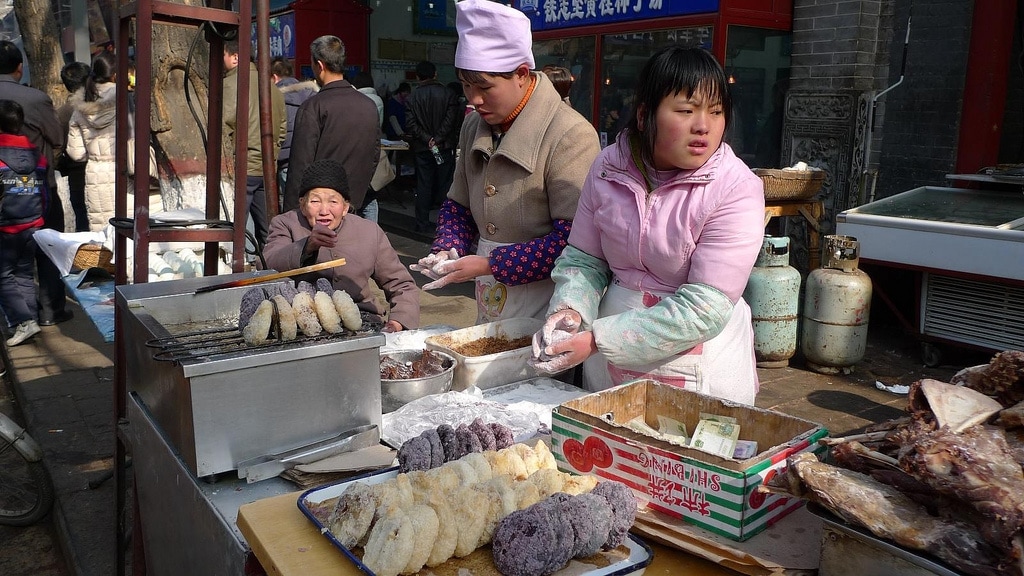 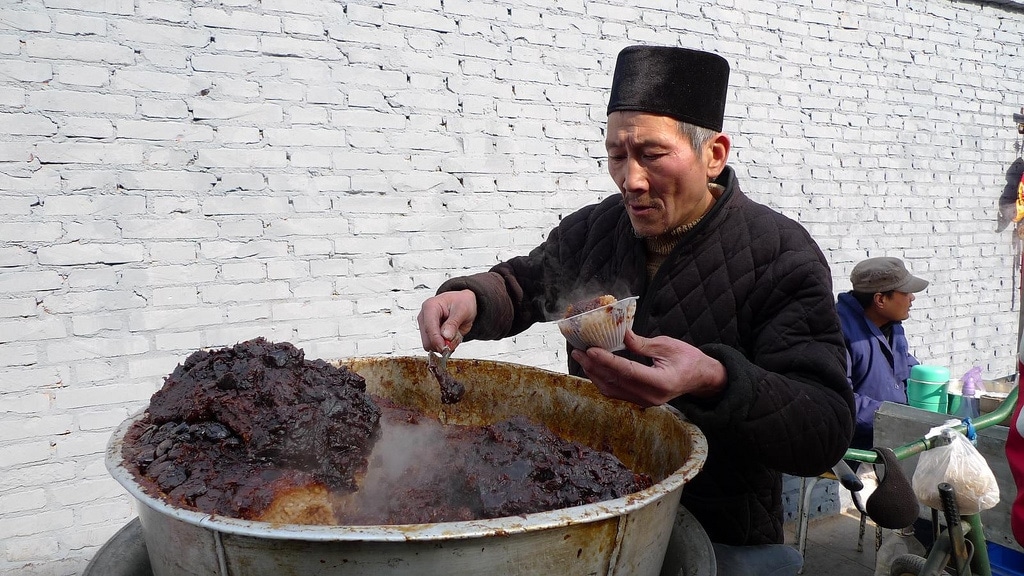 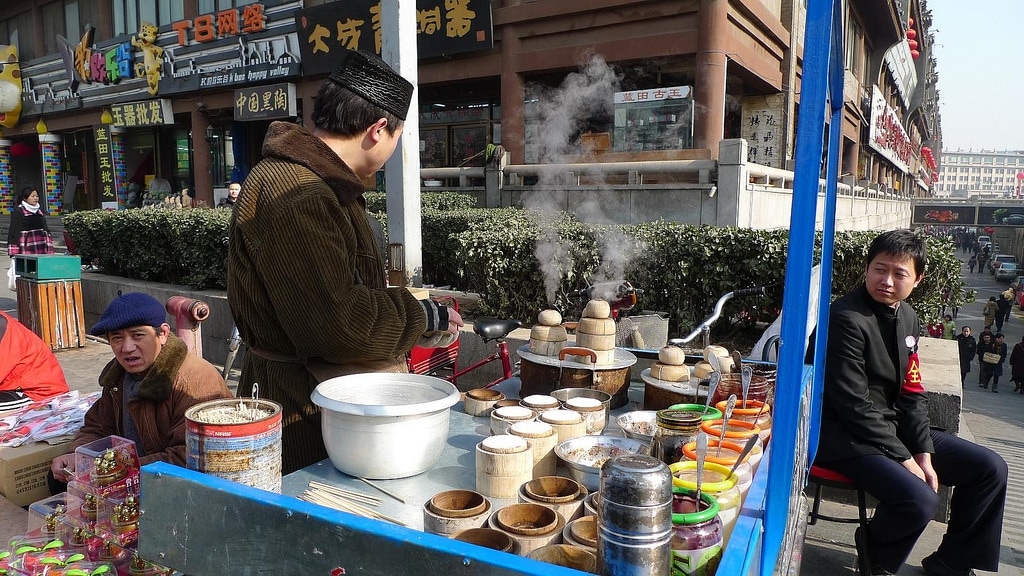 As with all the most memorable trips the best way to discover a place is to get lost in it and that’s certainly easy in the winding streets of the area which show little of the bleak urban planning applied to the rest of the city. Wandering through the cobbled market you’re presented with many fascinating sights, sounds and smells on offer from wide variety of vendors selling all manor of things. With regards food you’re spoilt for choice (assuming you’re not too fussy about hygiene) and the more adventurous can even try scrambled goats brain which are served directly from the skull of the deceased but for me this was a step to far!

One thing you can guarantee about China is that you will find all extremes and variations contained within its boarders; from the very open to the very closed, from liberal to conservative, from modern to traditional… The more time I spend here the more I struggle to define China and am slowly coming to the conclusion even China itself does not know either. Perhaps much of the underlying issues emerging today can be associated with this lack of identity but I’ll leave that discussion for another day.