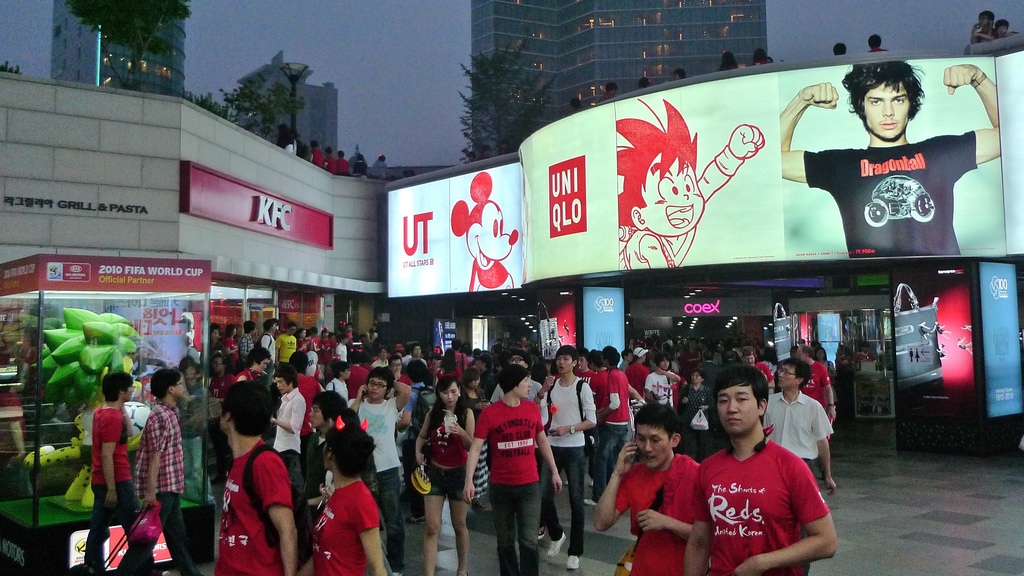 This story is a leftover from my previous trip to South Korea two months ago. The date was June 17th 2010 and on the streets of Seoul world cup fever was in the air. For Korean fans the night was not simply about soccer; it was also wrapped up in a sense of national pride, identity, and confidence. These were fans like no other… In the evening several million Korean fans poured out onto the streets to watch the games on outdoor tv screens. I headed to Samseong Station (COEX Mall) to join them and was greeted by a sea of red shirts in a jubilant mood. It was clear that some had been camping out for hours and reserved their spot on the pavement already. Instead of staying in one place we decided to wander around and soak up the atmosphere. South Korea were playing Argentina and from the outset it was clear they had their work cut out. Unfortunately South Korea were annihilated 4:1 but you can bet the crowd went crazy when they got that single goal. I managed to capture some of it on the video below (sorry for the poor quality).

Early on in the game I walked through nearby Bongeun-sa temple which was almost deserted but acted as an incredible echo chamber for the roar of the crowds nearby – almost a religious experience in itself!

The most amazing part of the whole event came at the end; as people were preparing to leave almost everyone helped pick up litter on the street and arrange it in orderly piles for collection. Can you imagine this happening anywhere else in the world (especially after the home-team being thrashed)? Incredible. 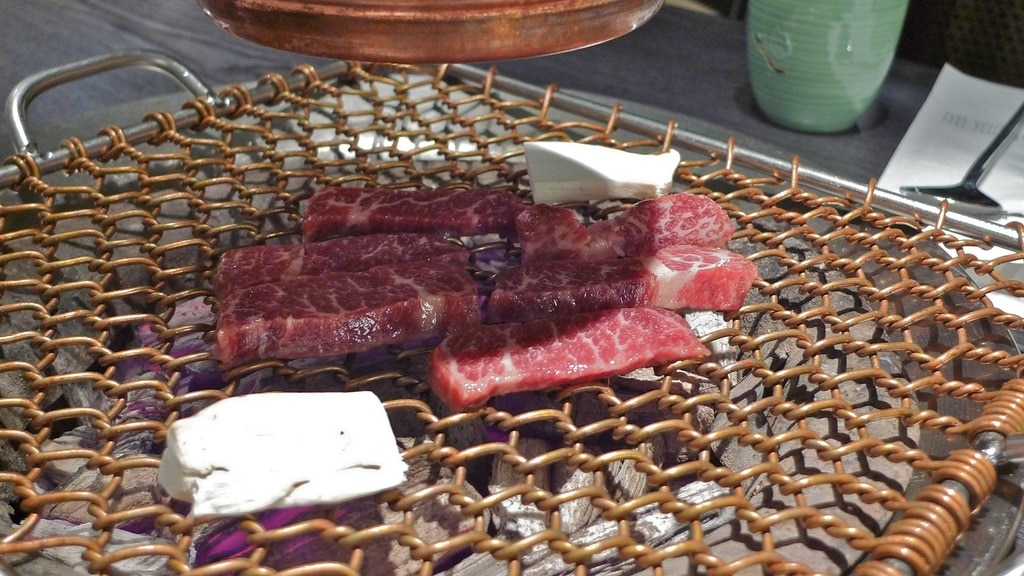 During the match we popped into a local restaurant for some Korean BBQ and experienced another epiphany when I tasted the beef. I’ve tasted quite a lot of cow in my time but this was on another level altogether. The beautifully marbled meat simply melted away in your mouth leaving you craving for more. 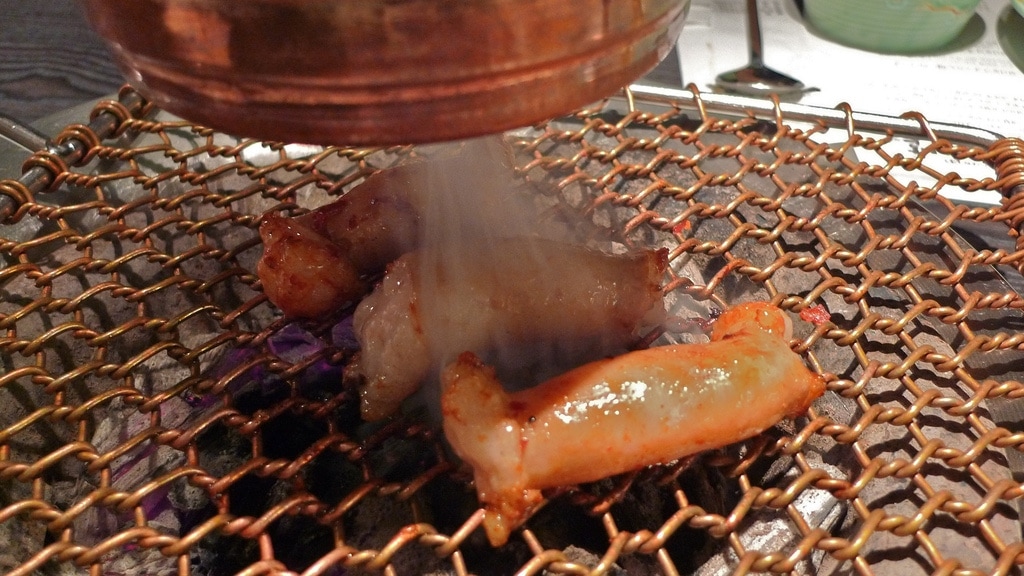 My friend suggested we try intestines which I wasn’t too sure about a first but promised to have a try since they were her favourite. Even thought they don’t look hugely appetising I was pleasantly surprised by the taste which is hard to describe but not at all unpleasant. What with this and the behaviour of the football fans it was an interesting night for sure.