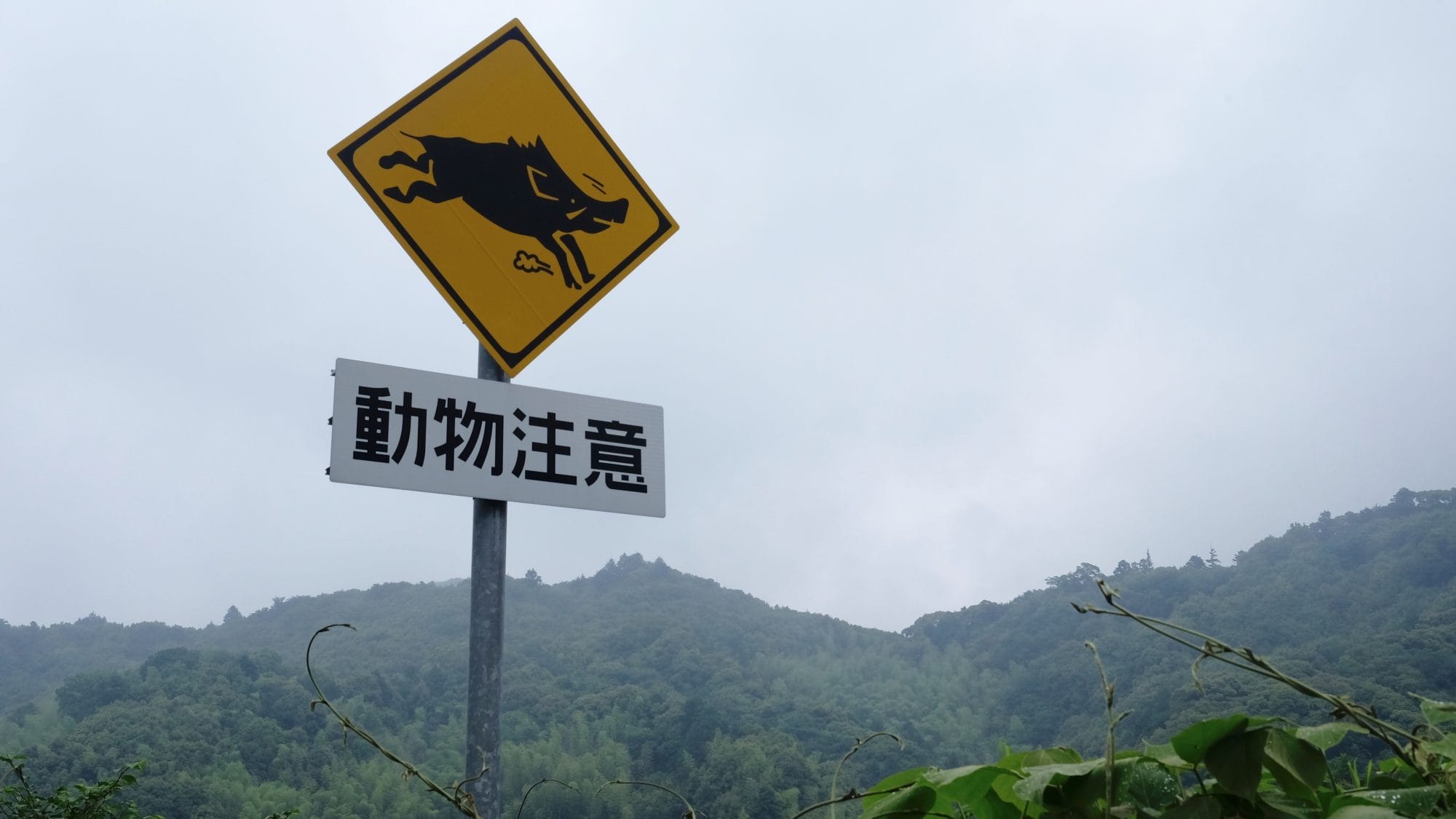 Despite yesterday’s exertions, sleep didn’t come easily last night. I kept fitfully trying to swat imaginary bugs and by sunrise was feeling like the resident ghost of the old farm house. Luckily most of the trail today was downhill and by 7.30am I was continuing along the Shōgandō Pass looking like a zombie monk dressed for a monsoon. 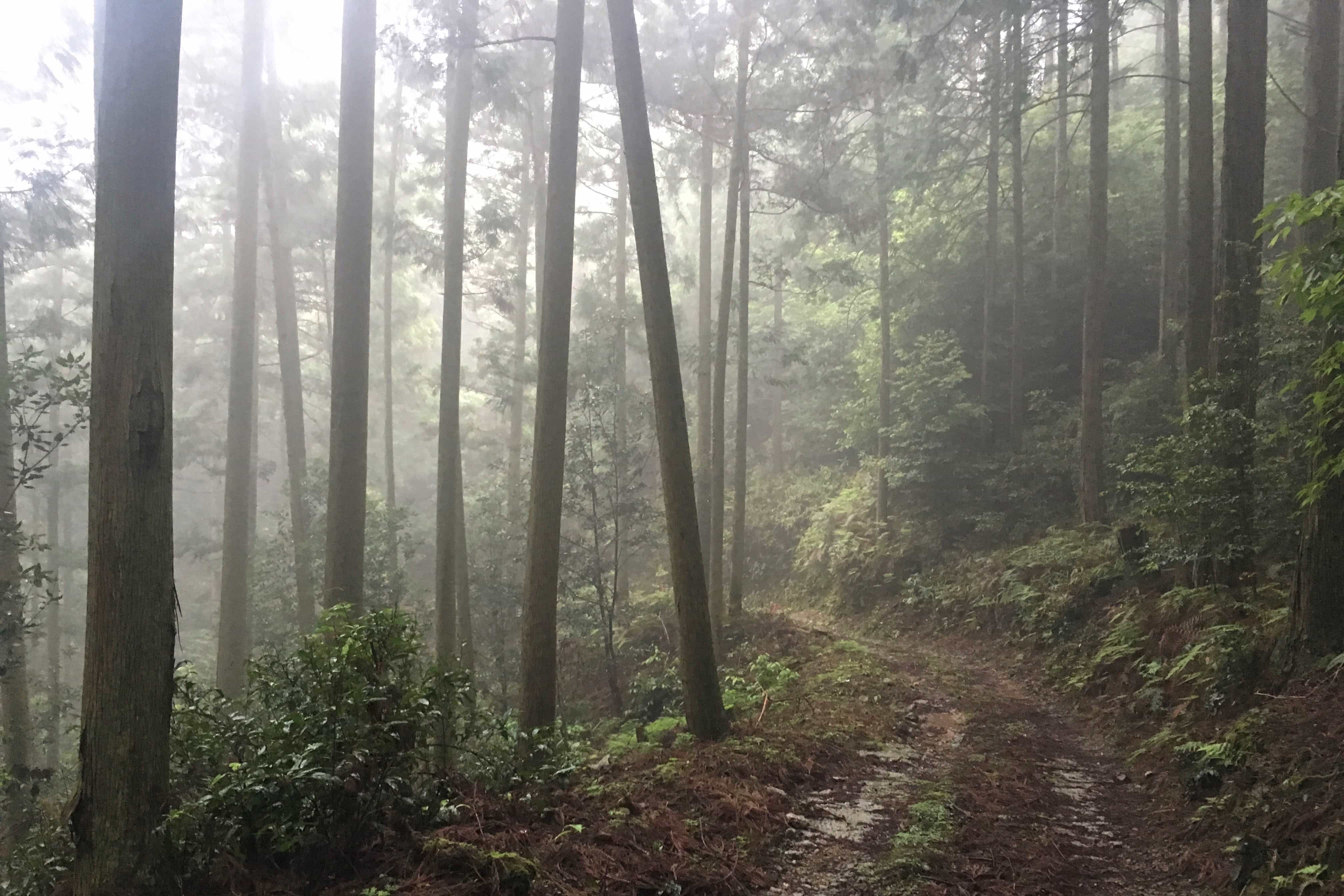 A mist hung in the air and it was drizzling with increasing intensity. My ankles were pretty sore from yesterday but thankfully the thick layer of moist leaves underfoot provided a cushion. 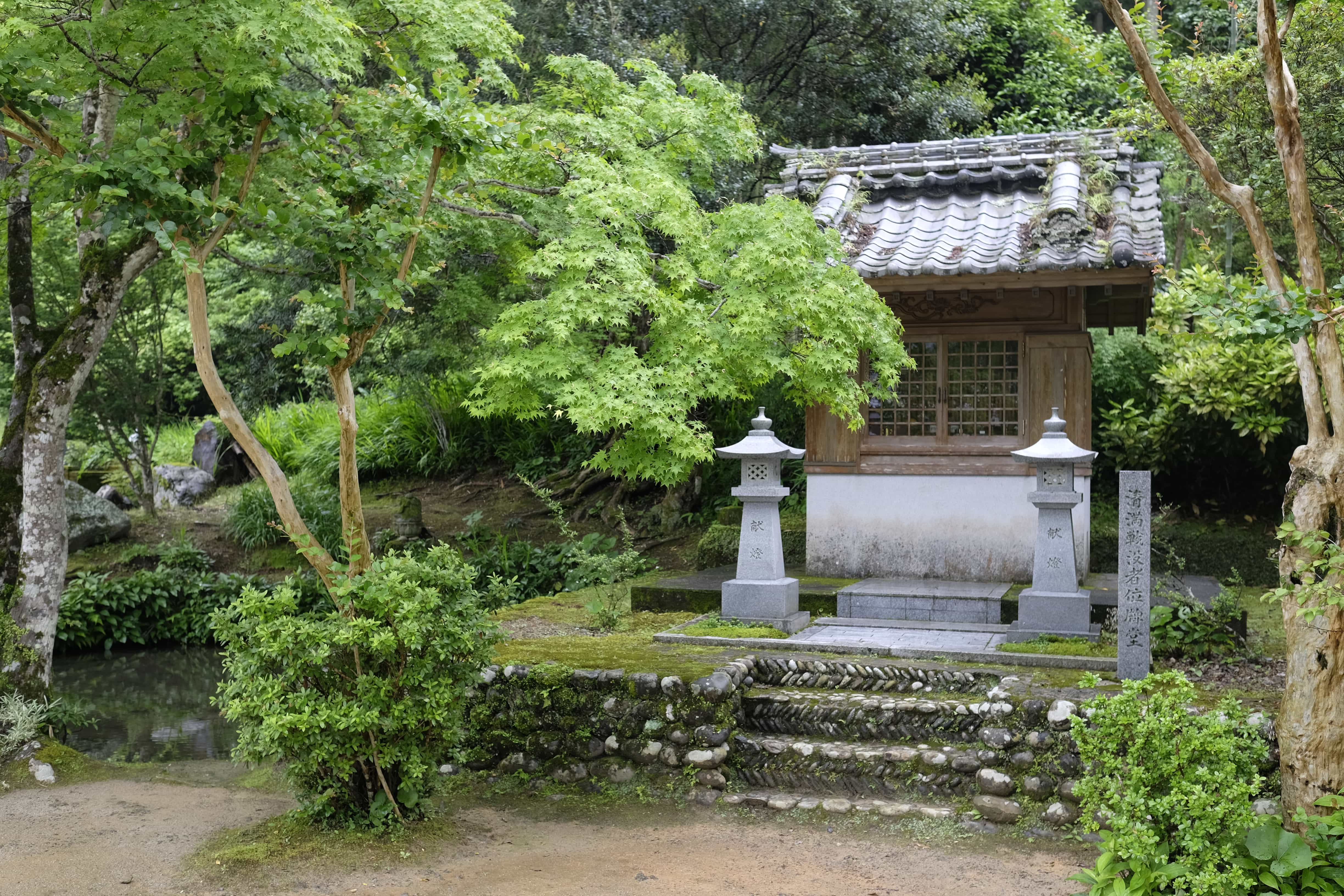 After 12km I arrived at Manganji temple (not one of the 88) around 10.30am. I was surprised to be greeted by a lady who appeared the look after the place. 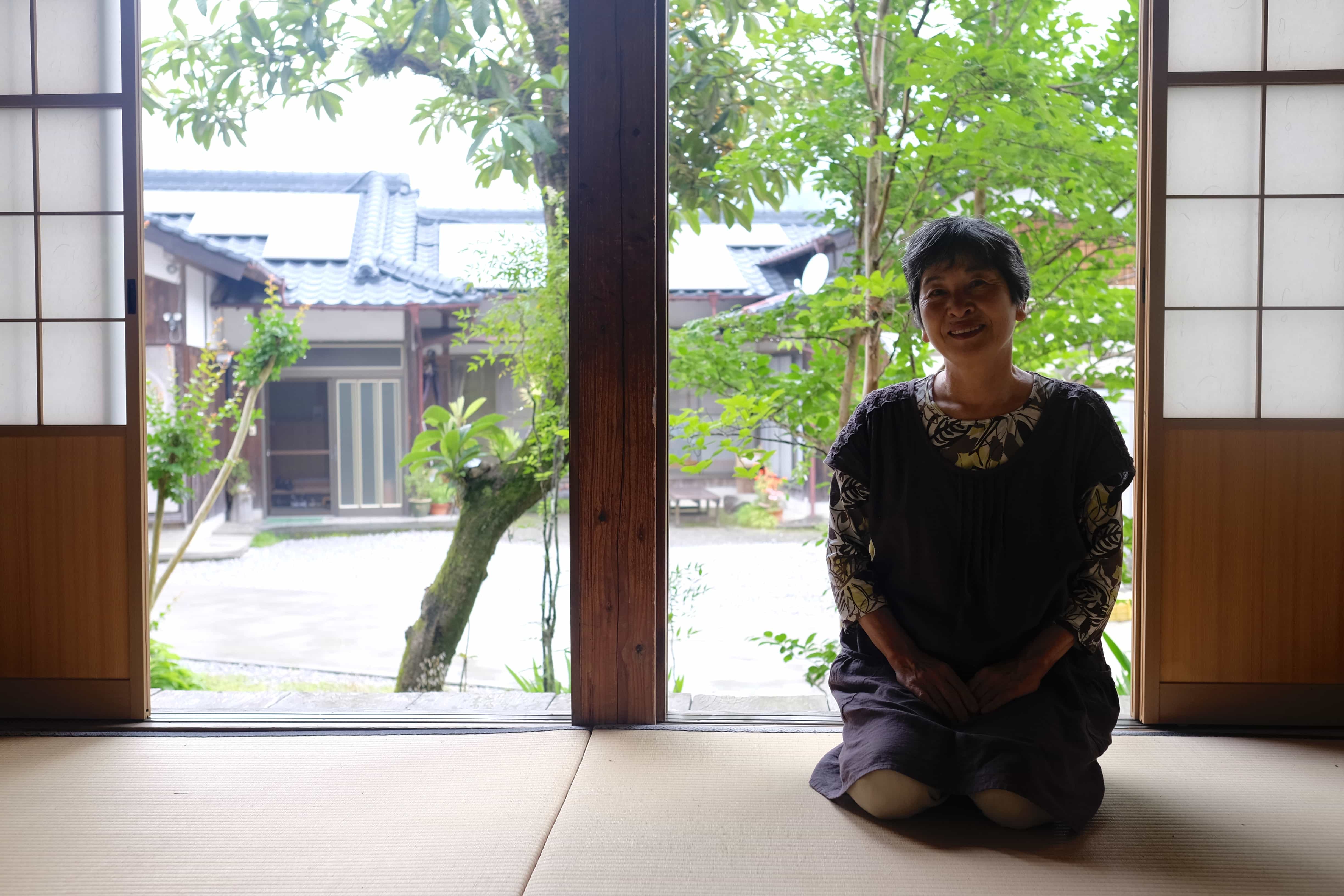 Apparently Ōmori-San had called ahead to let her know a foreign henro would be passing by. She gave me a short tour of the temple and generously prepared a cup of tea and some snacks which was most welcome.

Unfortunately, in my sleep-deprived state, I could only process about 1% of what she was telling me but nodded along, trying not to seem rude. 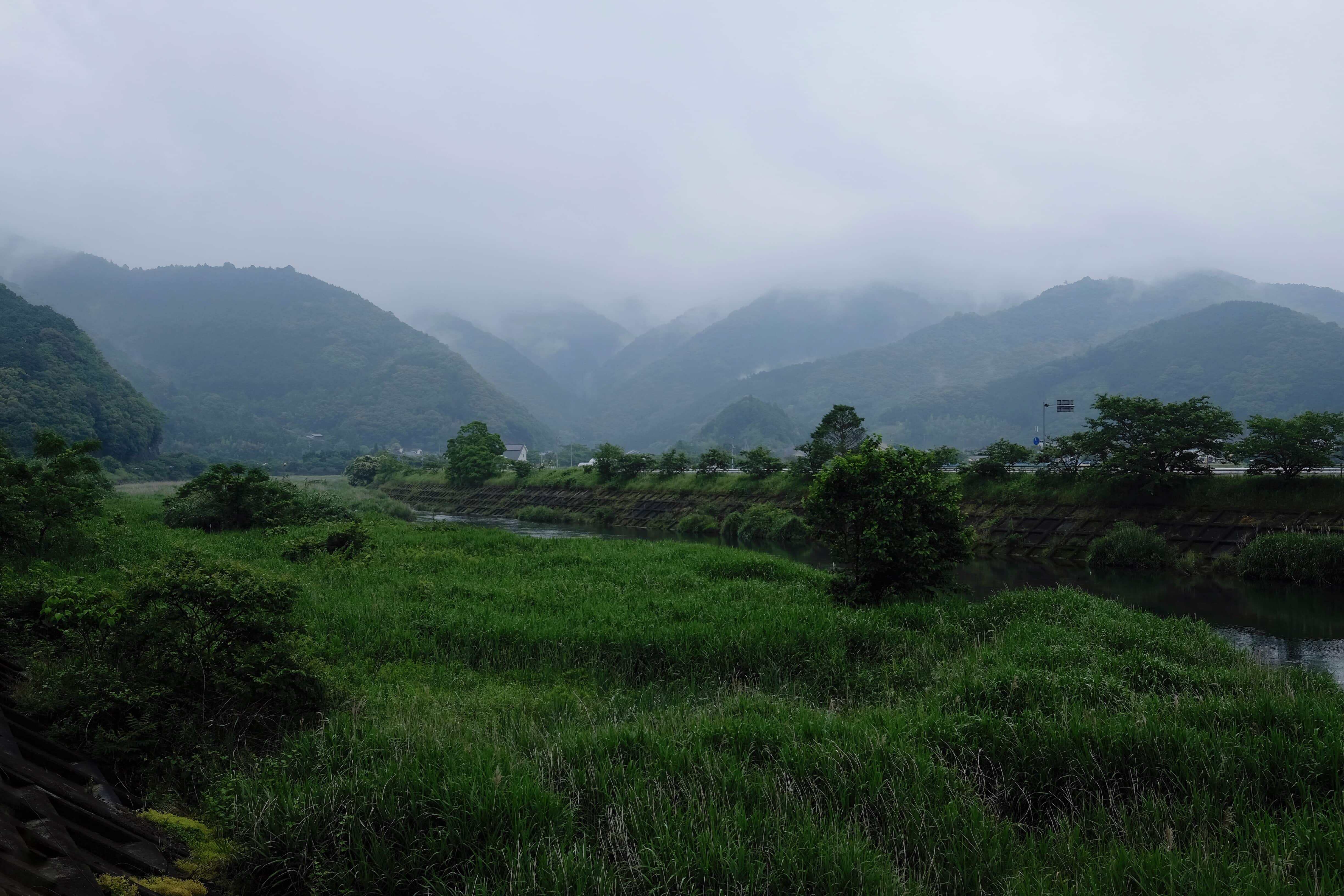 I left a little after 11am and joined the Noizaka trail which bypasses the main road and a long tunnel. There’s a steep section near the end but nothing too strenuous. 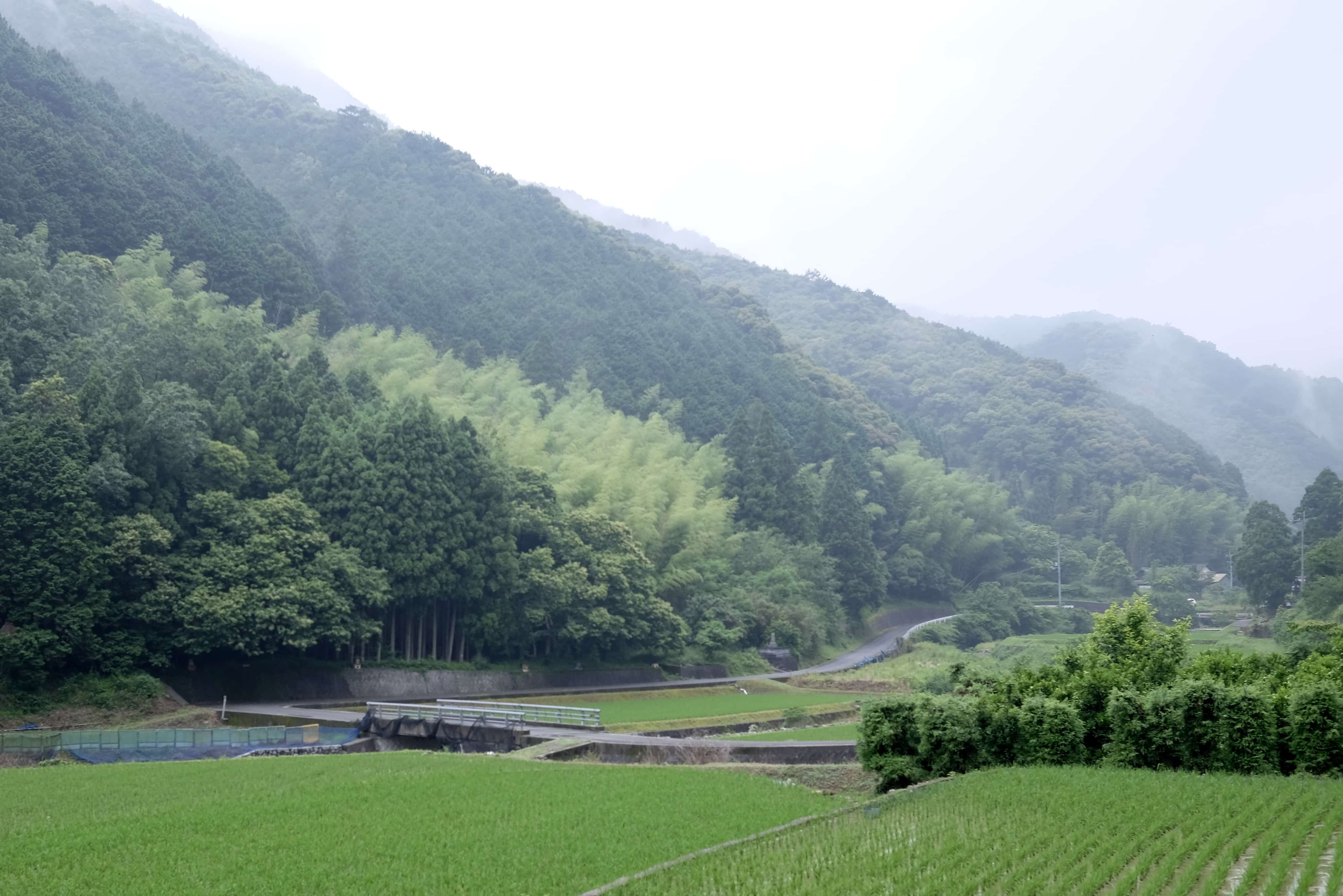 On the approach to Uwajima city (宇和島市) I stopped at a Joyful roadside chain restaurant for lunch. It was the busiest place I’d seen for weeks and I enjoyed people watching while drying off.

Arriving in Uwajima at 3pm I bumped into none other than Y-San at the Business Hotel I’d booked. It was a total surprise since we’d taken completely different routes four days earlier. Nice to see a familiar face in an unfamiliar city.

I rounded off the day in a nice coffee house called TAO (珈琲亭) which seemed to be the only place open in the area. It overlooks a covered shopping arcade which was eerily empty.

I hope to make it through to Meiseki-ji (明石寺 – 43) tomorrow but rain is forecast so I won’t push too hard.