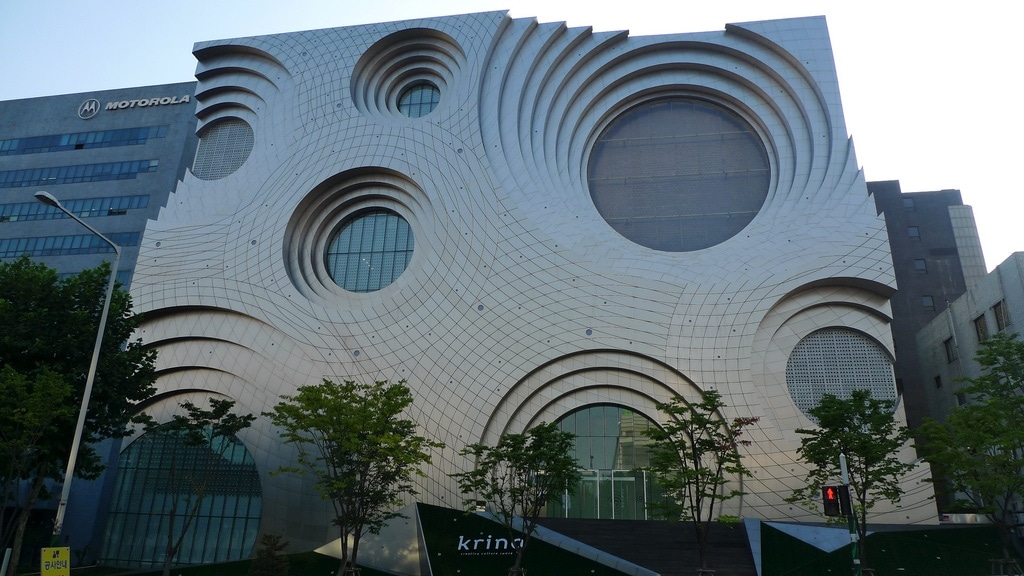 After my experience at the W a local friend introduced me to another extraordinary but little-known place in Seoul: Kring – Creative Culture Space, located in Gangnam (Samseong station). While the building is designed as a creative space for holding public performances, events and exhibitions the building itself is as much a work of art as what it contains. 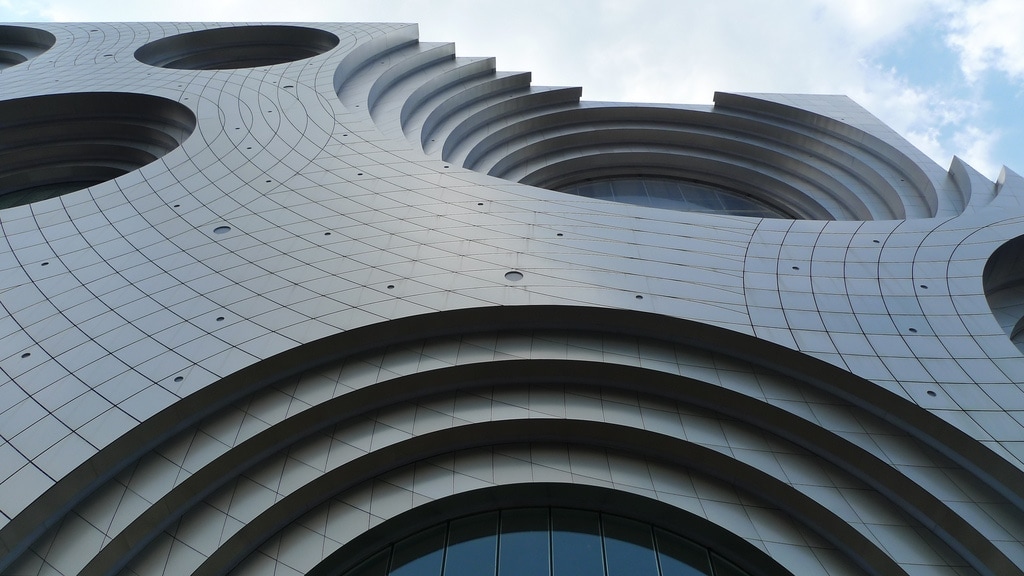 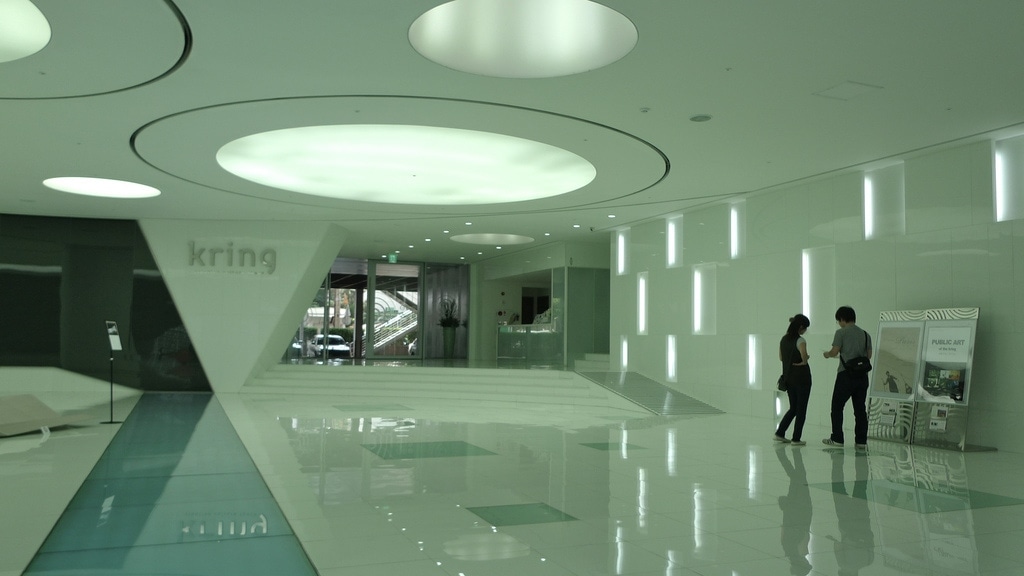 Upon entering through a circular glass door your instantly met with a stunning bright space filled with cleverly juxtaposed multi-layered shapes, contrasting colours, and soft lighting which although appearing random work together with spectacular effect. Think 2001: A Space Odyssey updated for 2009 then your almost there. 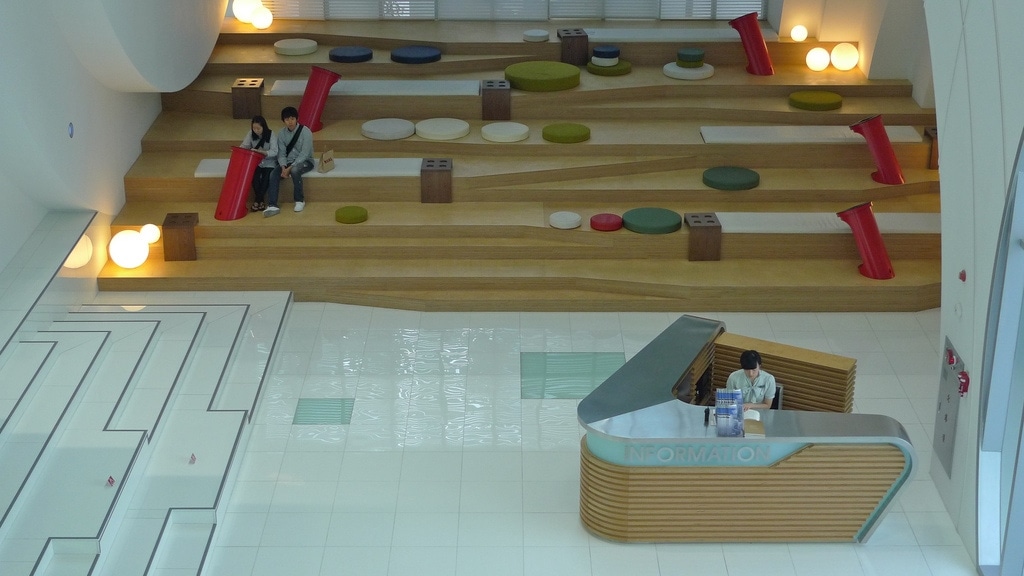 Immediately behind the entrance reception desk is wooden tiered lounge area which provides touch-screen terminals for Kring information and internet access. I was surprised how quiet it was for a Sunday afternoon, we almost had the place to ourselves. 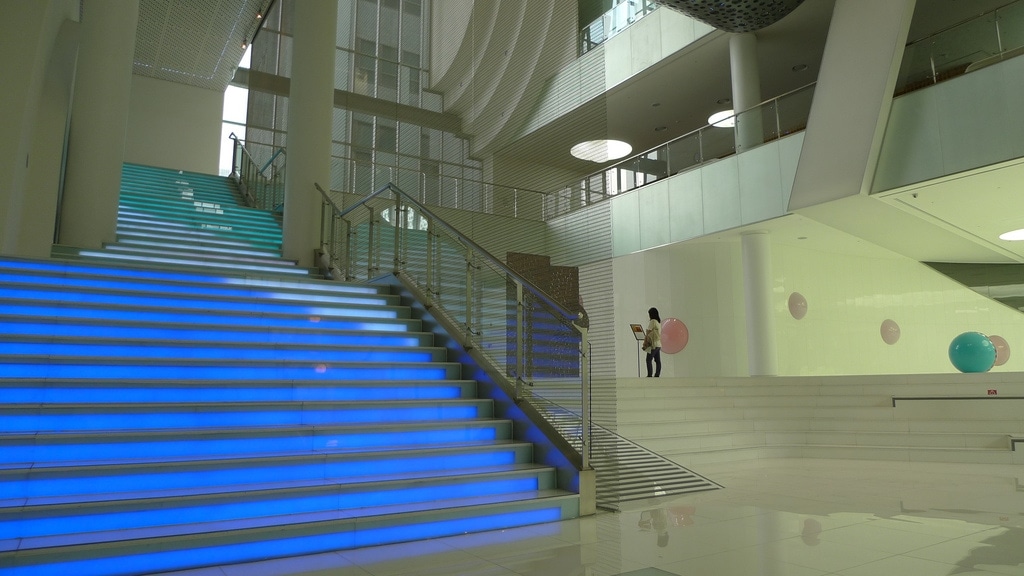 The stairs leading up to the second floor are another marvel with each step being a small screen of its own over which simple light animations are constantly played. A chain-link wall curtain along side the stairs providing a translucent divide between the spaces. The first floor is lit by a number of differently sized circular portals, some of which extended to the floor above, providing yet another perspective on the buildings structure. Various contemporary art works were on display although to be honest the were somewhat outshone by their surroundings. On the second floor is an open area surrounded by exhibitions with a small cafe where instead of fixed prices you decide how much you want to donate (including free wi-fi). 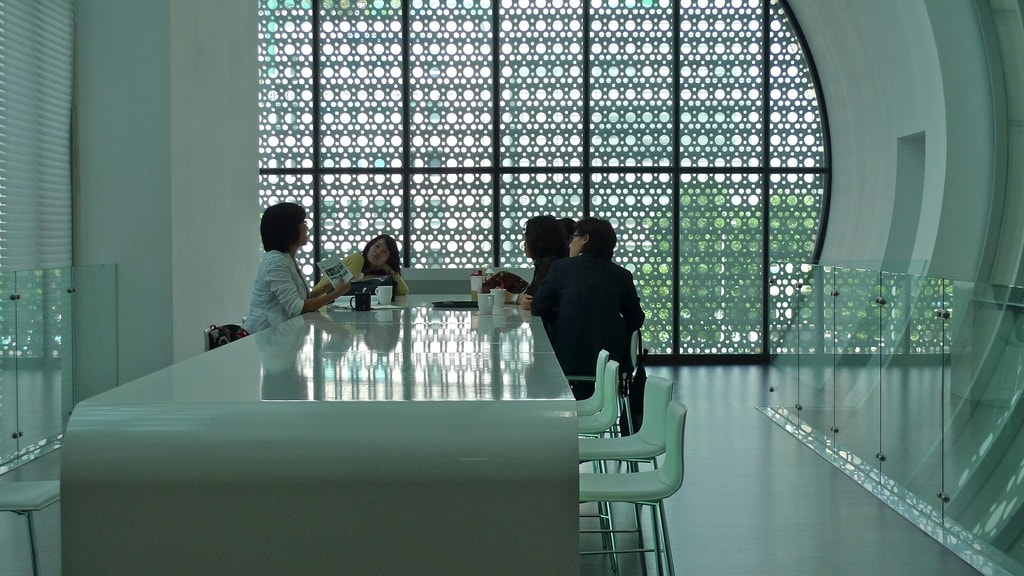 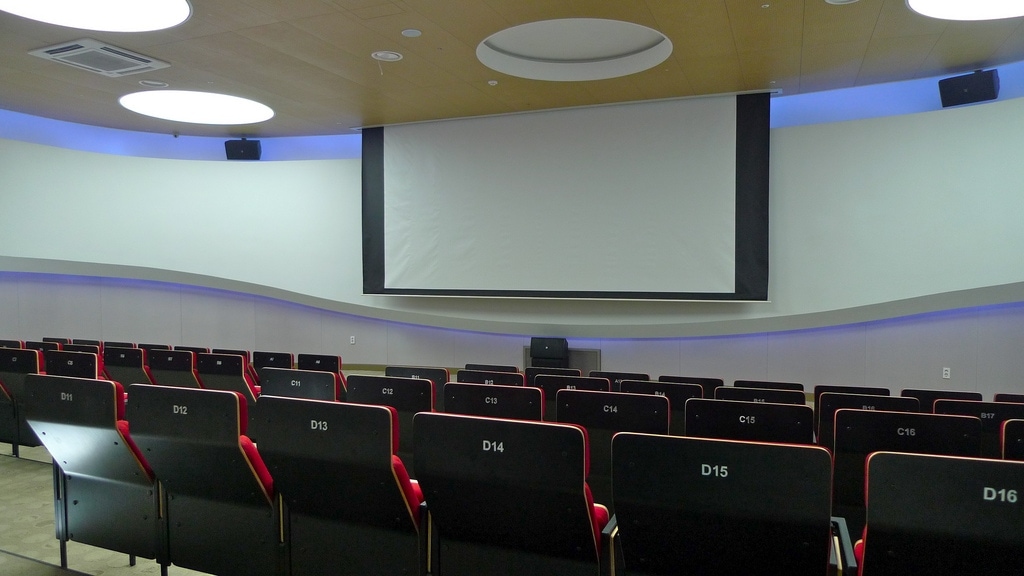 The center also includes a high-spec cinema which shows international art-house films. We watched a French movie (Dans Paris) which was shown in French with Korean subtitles so I could only pick up a small fraction of it! Entrance is free so if you’re in Seoul this a place not to be missed, especially given its situation so close to the COEX mall. Some great professional photos of the Kring lit up at night can be found on designboom.