After a fun weekend exploring a few sights in Tokushima and Kagawa that I’d missed the first time around (more on this in a later post) I woke at 5.30am on Monday morning and made my way to the Nankai Ferry terminal, about 20 minutes by bus from Tokushima Station. 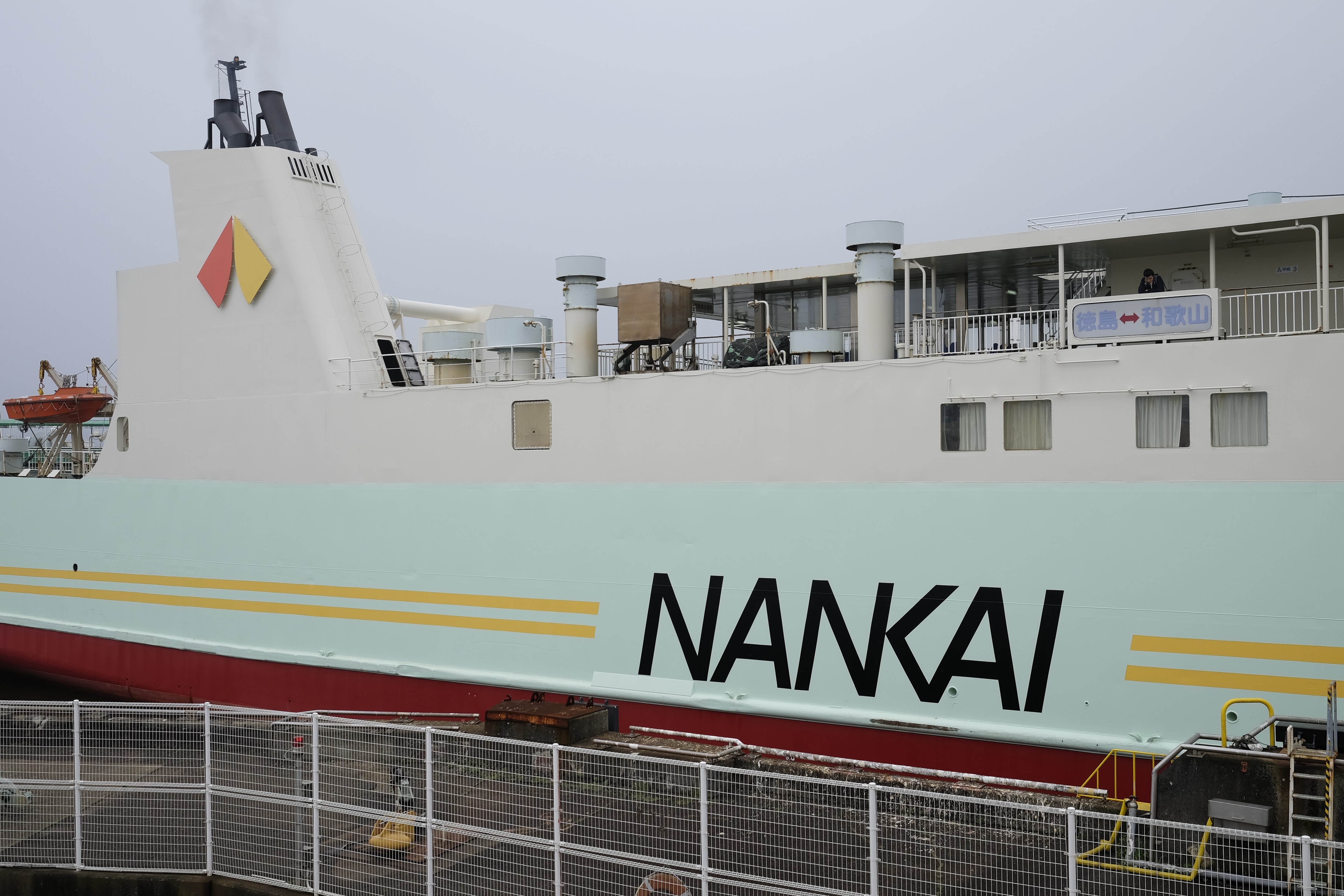 Departing at 8am, the overcast sky soon blended into the grey sea and, just like that, Shikoku was gone. I settled back into my chair staring out towards the grey horizon.

The two-hour crossing to Wakayama passed without incident and I was soon on the train heading towards Osaka (although Kōya-san is actually to the east you have to head north and then back south to reach it by train).

With an hour to kill at Tengachaya Station before the connecting train to Gokurakubashi I stepped out from the station and had an early lunch at one the restaurants under the tracks.

My first reverse culture shock moment came when I found the next train full of foreign tourists from Europe and America. I soon became aware of the bemused looks in my direction and for the first time felt rather uncomfortable in my full henro gear. A Spanish guy asked if I was training in some sort of Japanese martial art and I had to explain what the pilgrimage was about.

A little later a retired Japanese gentleman sat next to me and started asking me about my trip. I probably should have mentioned that this was my second trip to Kōya-san (高野山) because he was soon giving me lengthy advice about where to visit and how to get around. 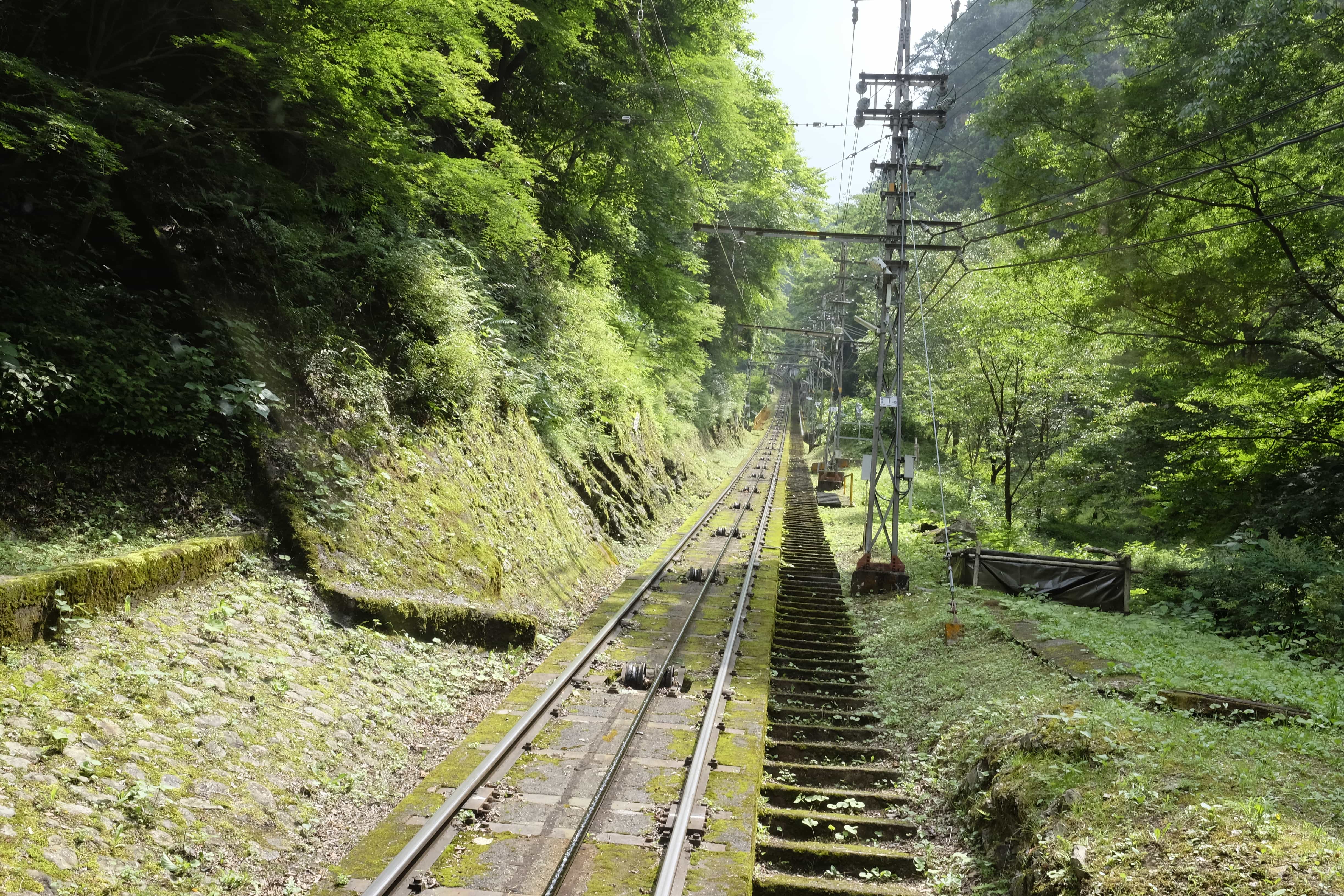 It was almost exactly a year since I’d last visited with a good friend who was in Japan on business. Back then I’d only vaguely heard that it was connected with a pilgrimage and had no idea that I would soon be embarking on the epic adventure myself. Funny how life works. 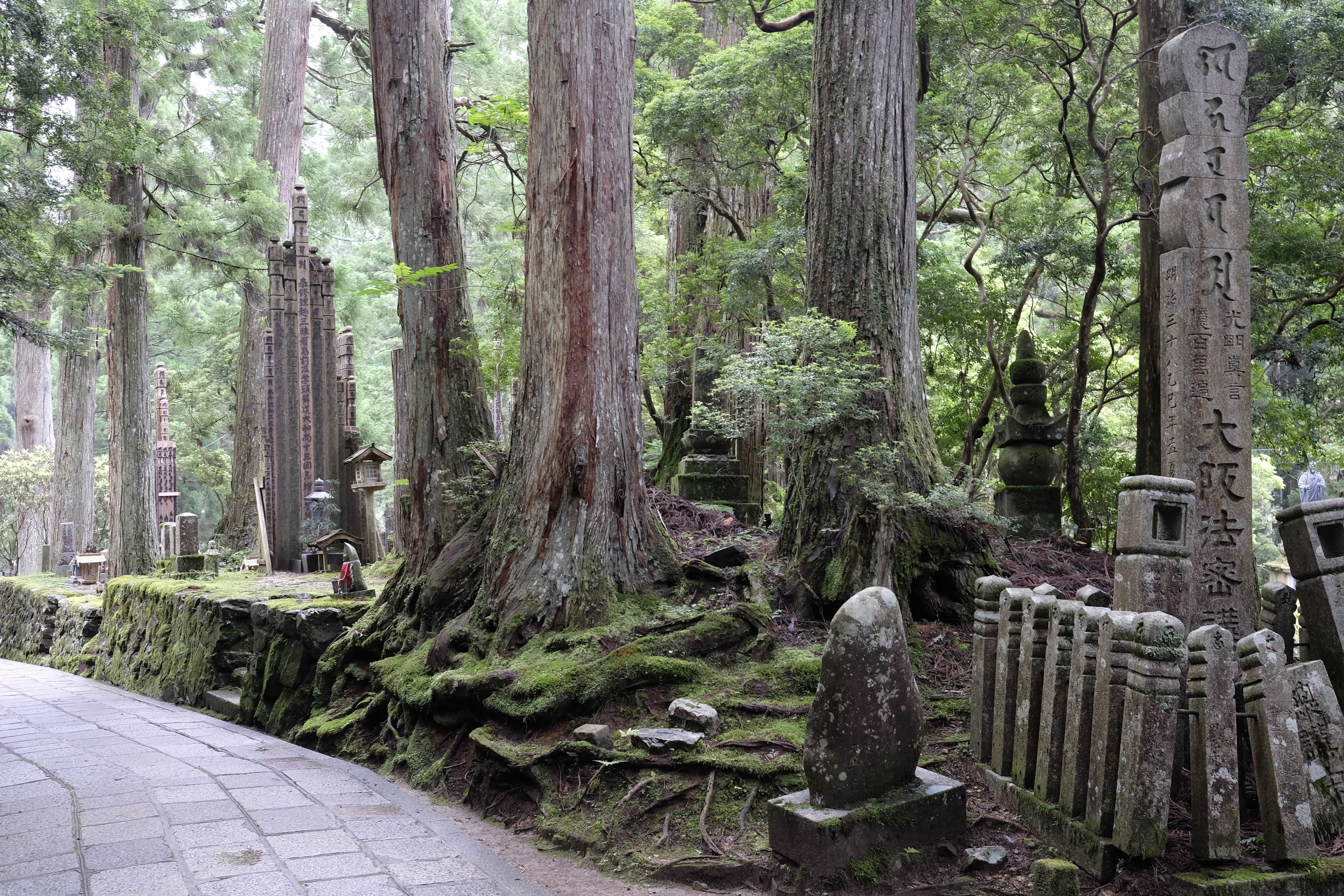 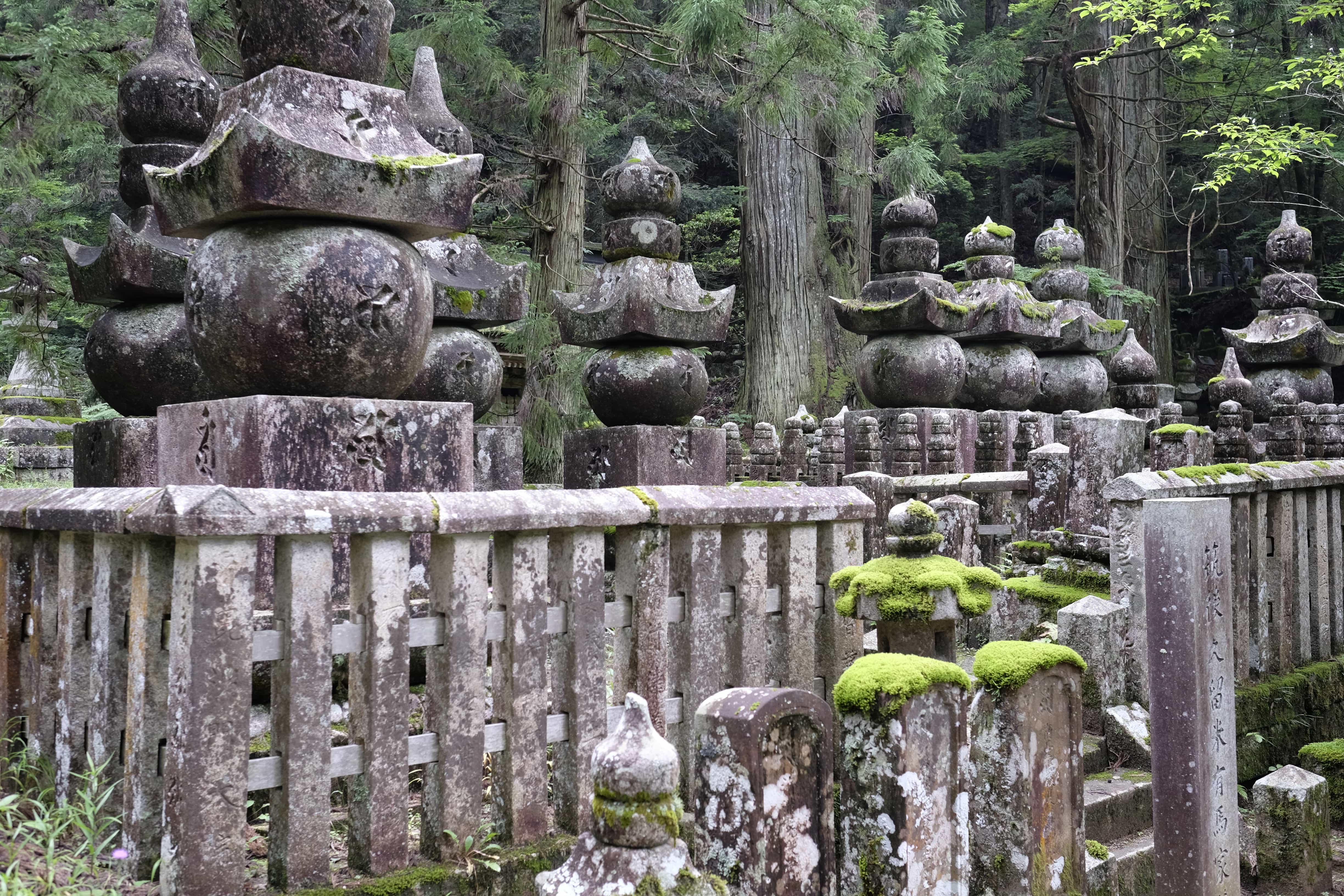 After riding the steep cable car to Kōyasan Station I took the bus to Ichiohashi Bridge and was soon walking through the atmospheric cemetery towards Okunoin (奥の院). 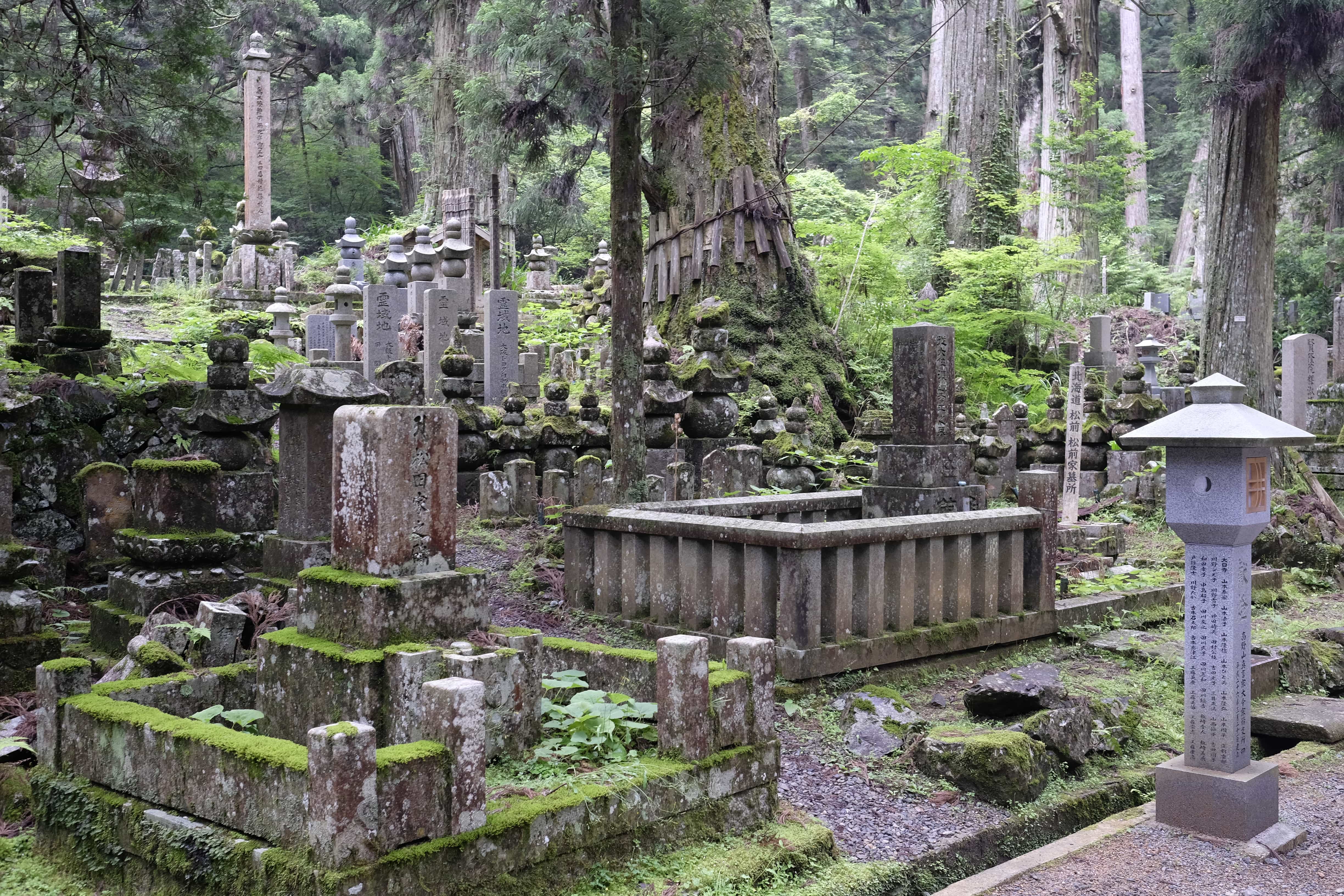 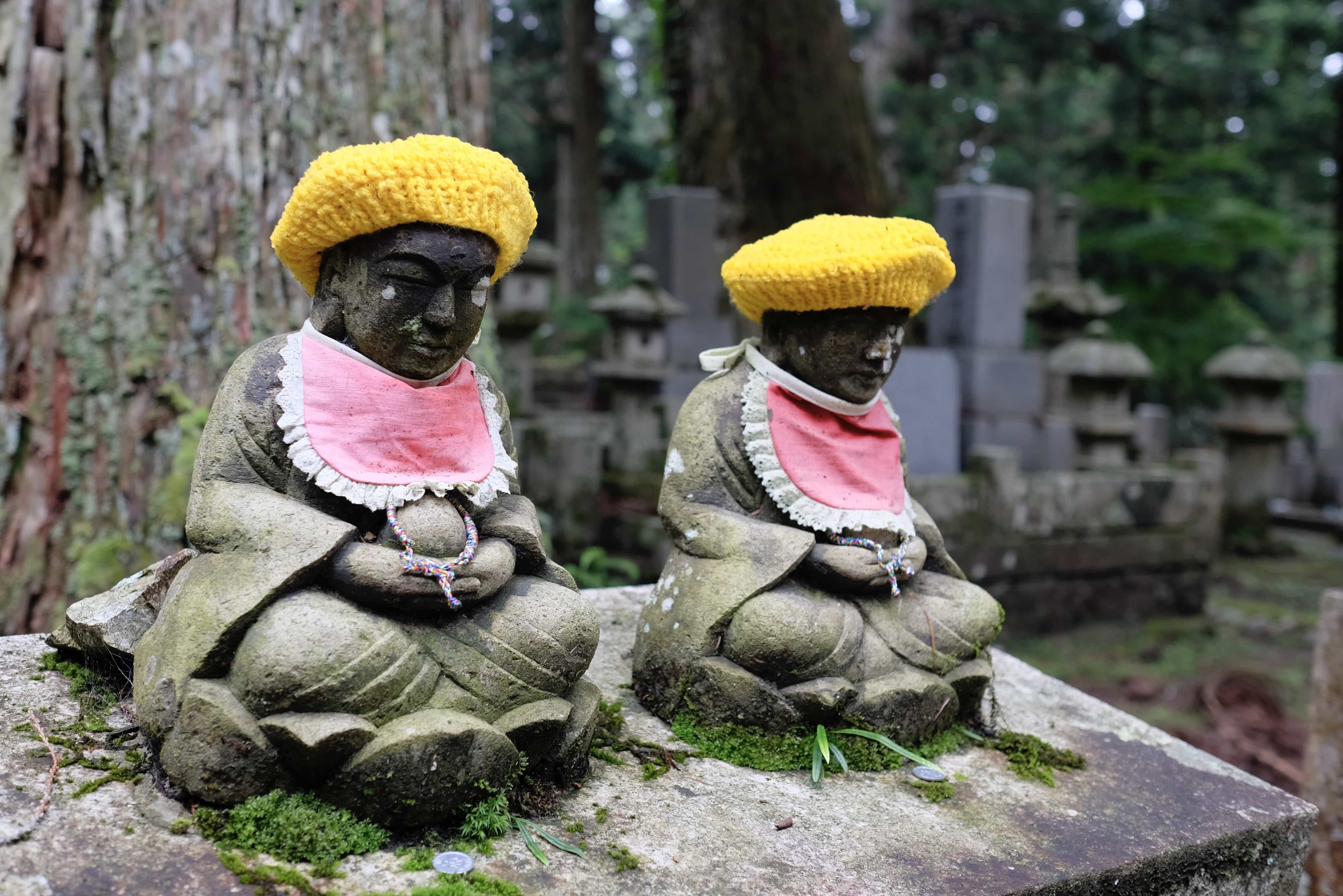 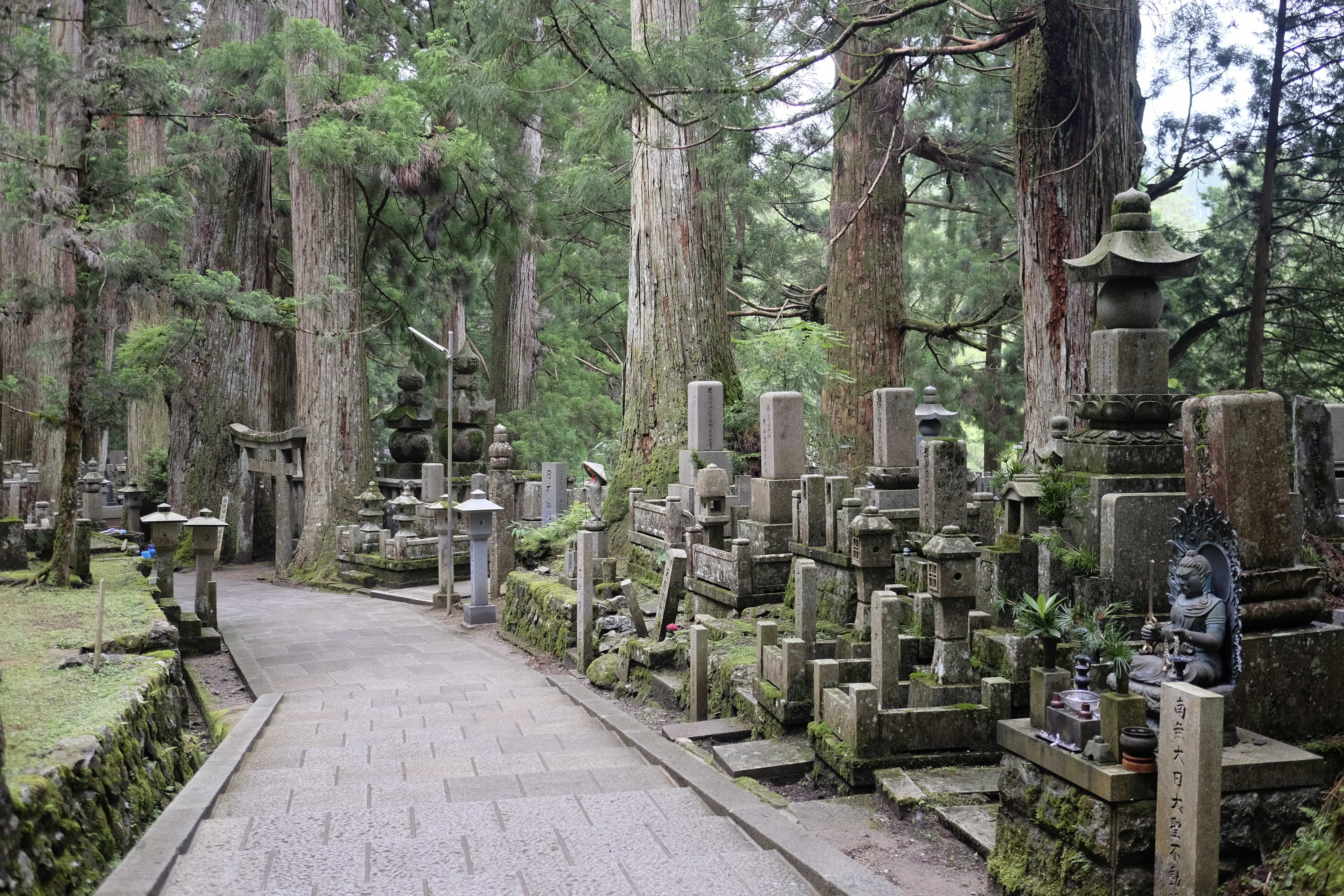 Over 200,000 tombstones of prominent monks and feudal lords line the almost two-kilometre approach to the mausoleum of Kōbō-Daishi. 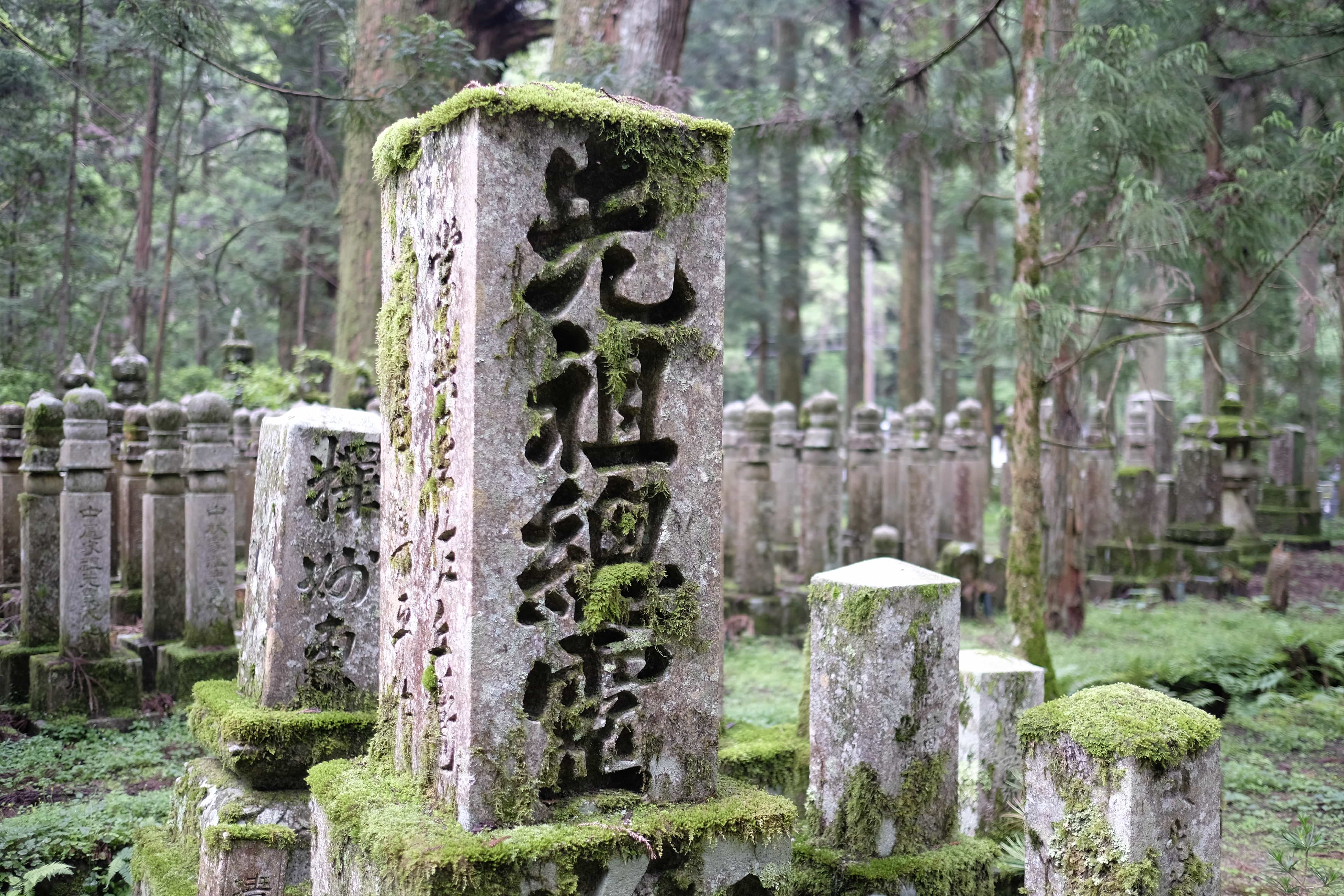 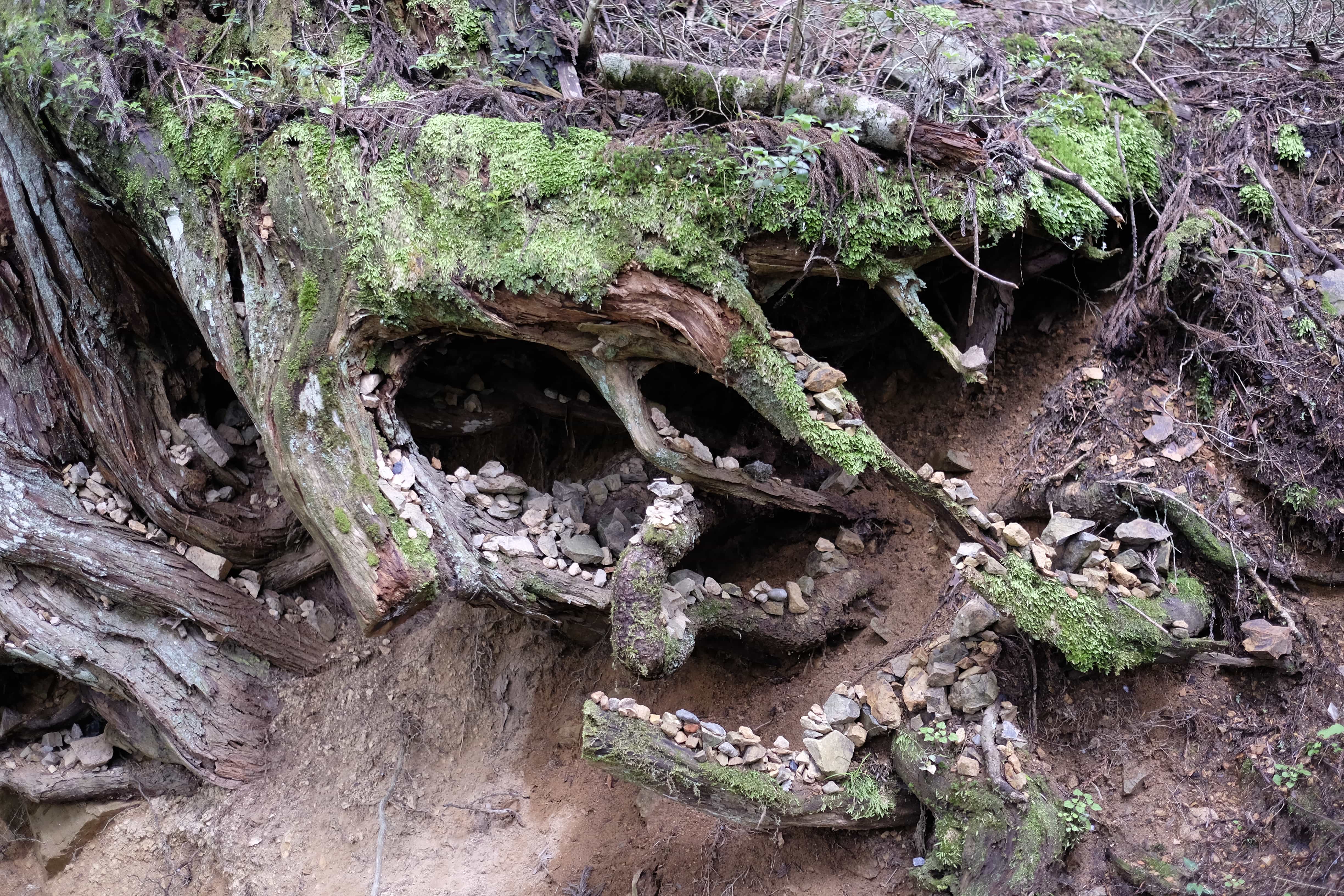 Crossing Gobyonohashi Bridge, which separates the grounds of the temple from Okunoin, I became rather aggravated by a loud group of western tourists who clearly had no idea they were on hallowed ground. I can’t really blame them but you wouldn’t behave the same way in a Mosque or Cathedral.

I approached Torodo Hall and paid my respects before walking to the rear where Kōbō-Daishi’s mausoleum is semi-hidden behind the trees. It is believed that he remains alive here in eternal meditation.

Having given my thanks for completing the pilgrimage safely, I descended into the hall’s basement where there are over 50,000 tiny statues that have been donated to Okunoin. 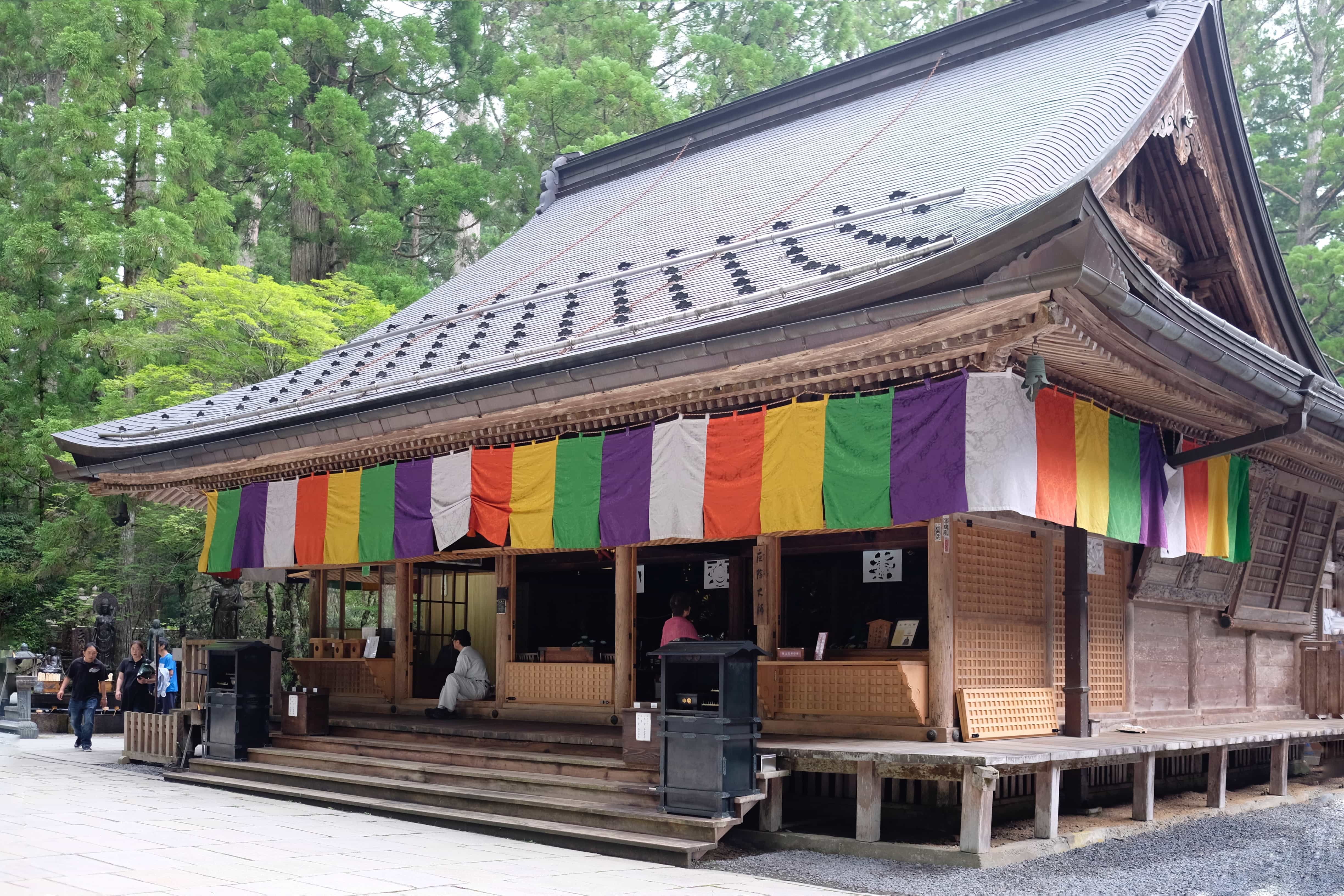 Afterwards, I walked back to the Gokusho Offering Hall and got my book stamped and signed for the last time. I felt a sense of pride as the man at the window checked that my book was complete. 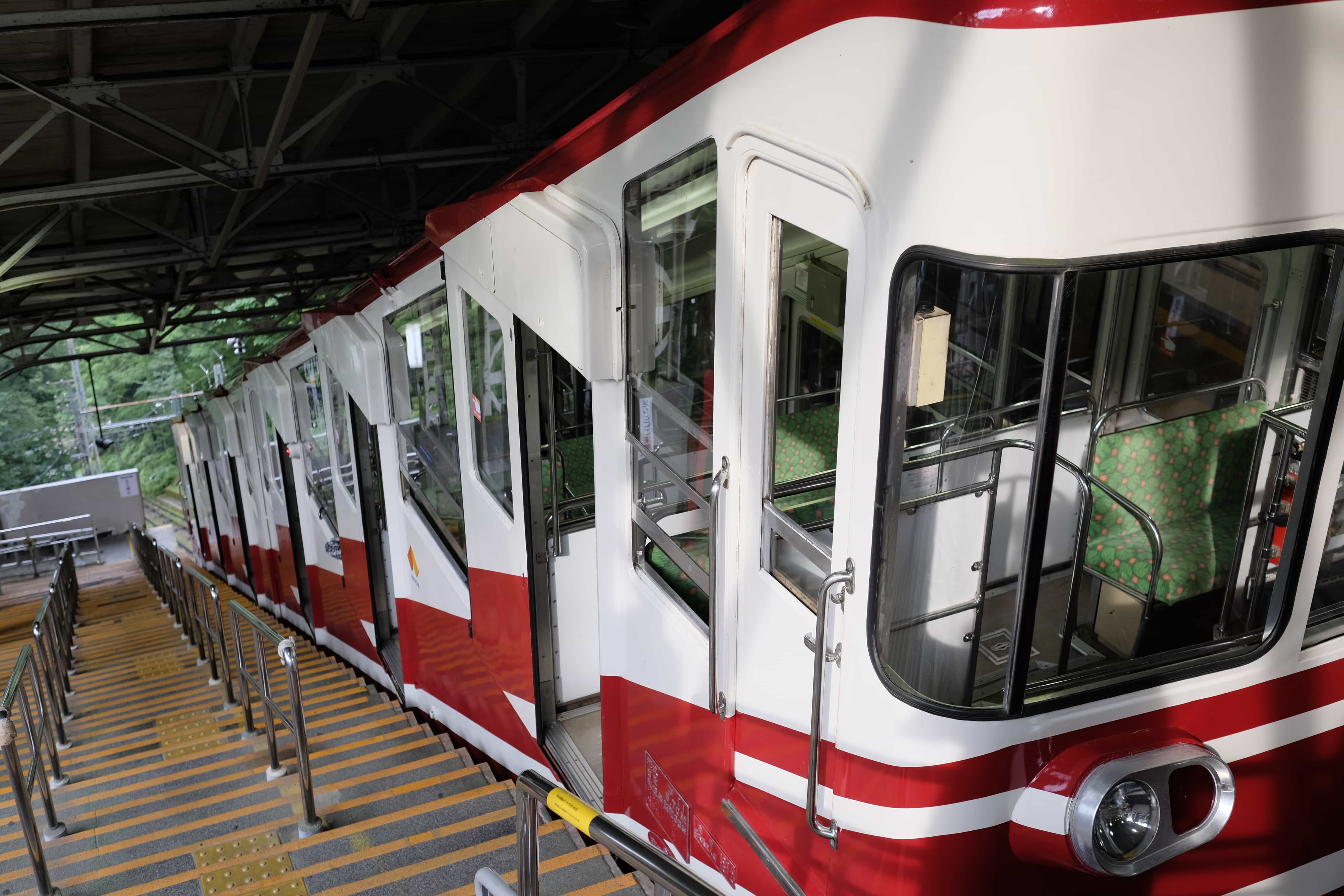 By now it was almost 4pm and since I’d already visited the other sights in Kōya-san decided to head back to Osaka directly. To be honest the tourists rather spoiled the atmosphere and I was feeling a bit down since I was back in the land where nobody smiles or acknowledges each other. I’m going to miss that about Shikoku immensely. 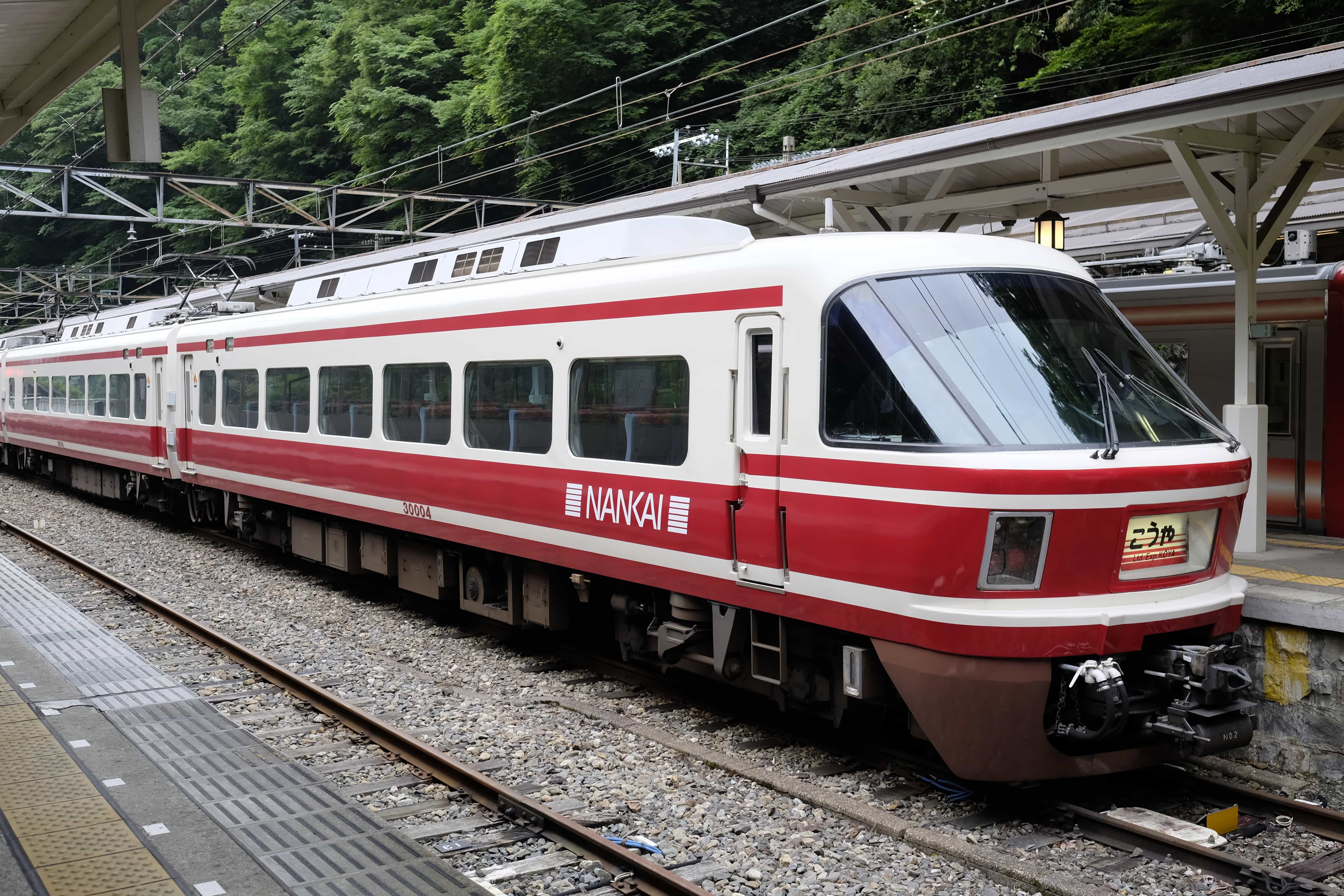 Tomorrow I return to my home in Tokyo and begin re-integration with the wider world. I’m looking forward to seeing friends and enjoying home comforts again. I do so in the knowledge that Shikoku and all the wonderful people I met will always be in my memory and I hope I can bring a sliver of it back into whatever I do next.