During my final weekend in Shikoku, one of the places I visited was Kotohira-gū (金刀比羅宮), a huge Shinto shrine that sits halfway up Mount Zōzu and is said to have been founded during the 1st century. 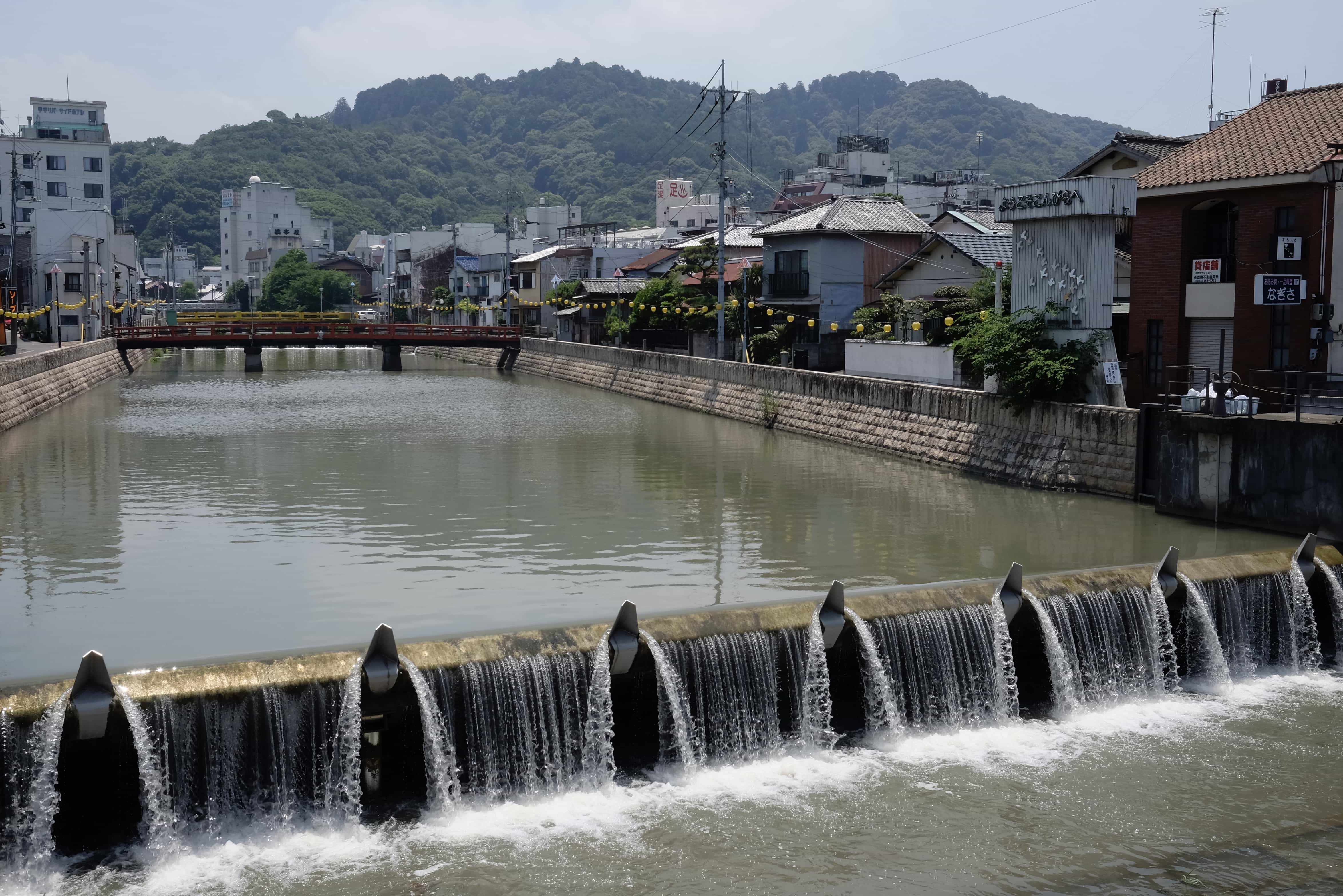 Arriving mid-day at Kotohira Station, one stop away from Zentsū-ji (善通寺 – 75), the sun was beating down hard and the prospect of a long climb up the mountain wasn’t terribly inviting. 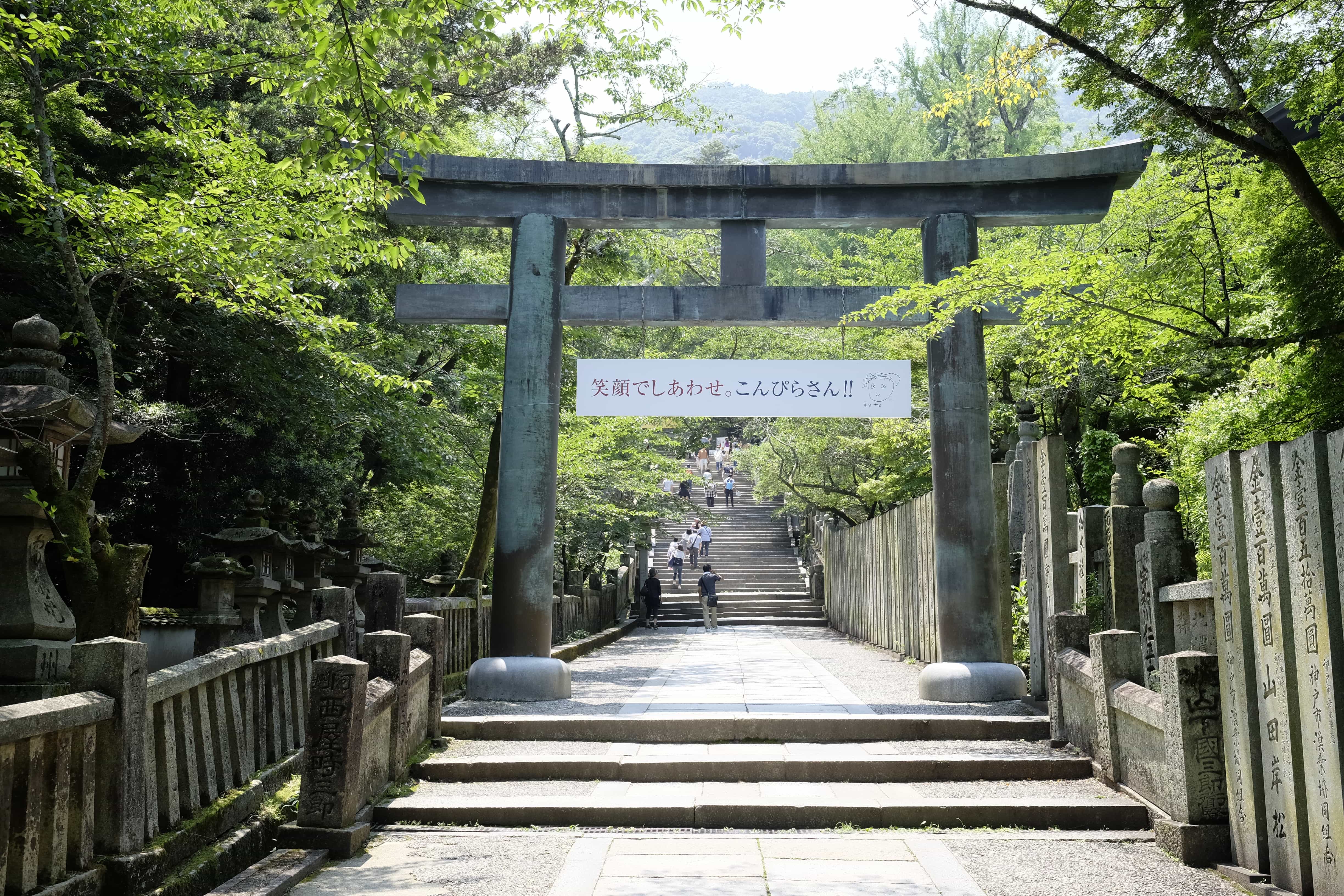 The shrine stands at the end of a long path, with 785 steps to the main shrine and a total of 1368 steps to the inner shrine. It’s extremely popular and is visited by pilgrims from across Japan. 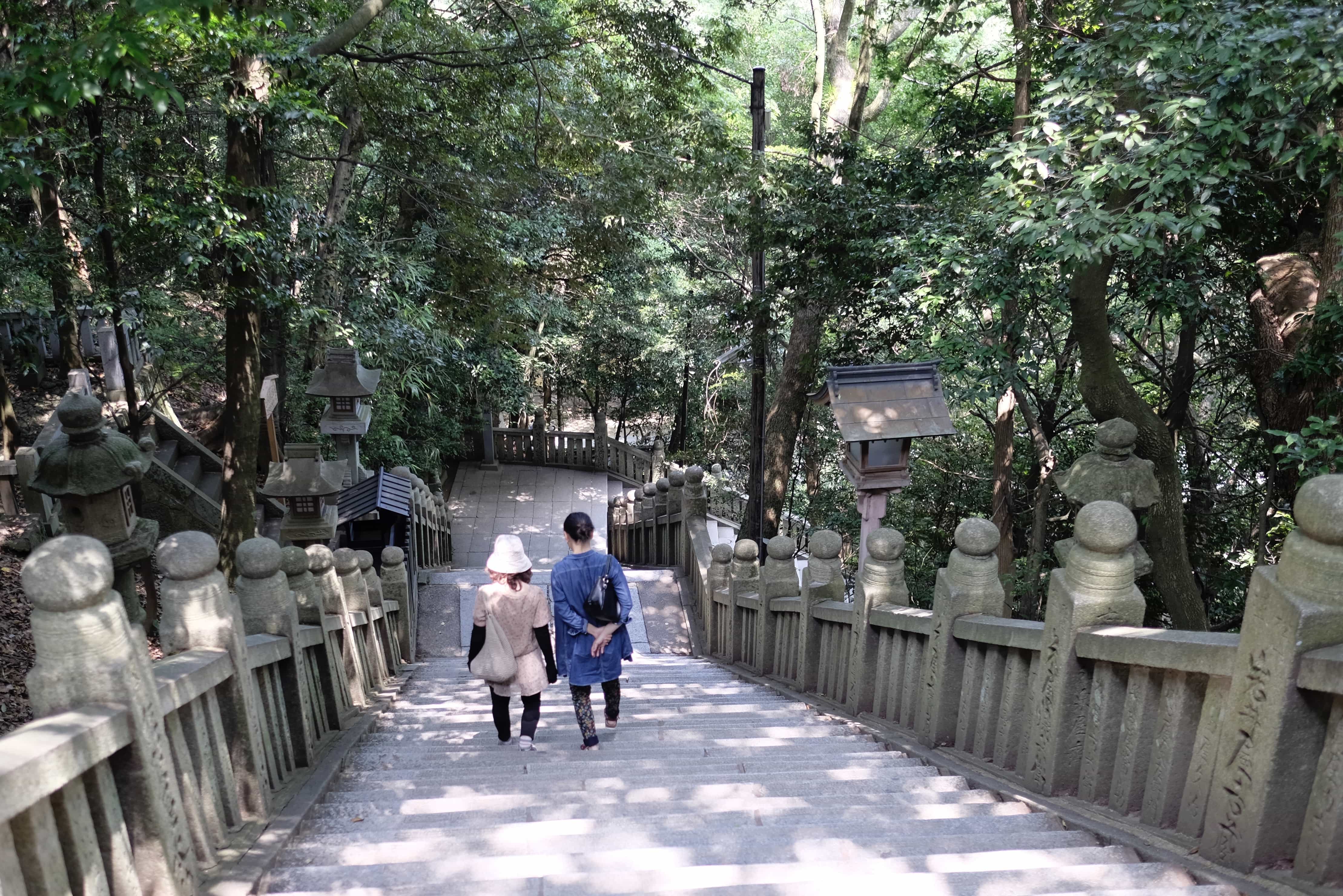 The approach begins amongst a touristy shopping street lined with souvenir shops and Sanuki Udon restaurants where I stopped for a quick lunch before commencing up the seemingly endless stairs. Under the shade of the trees, the walk was actually very pleasant. 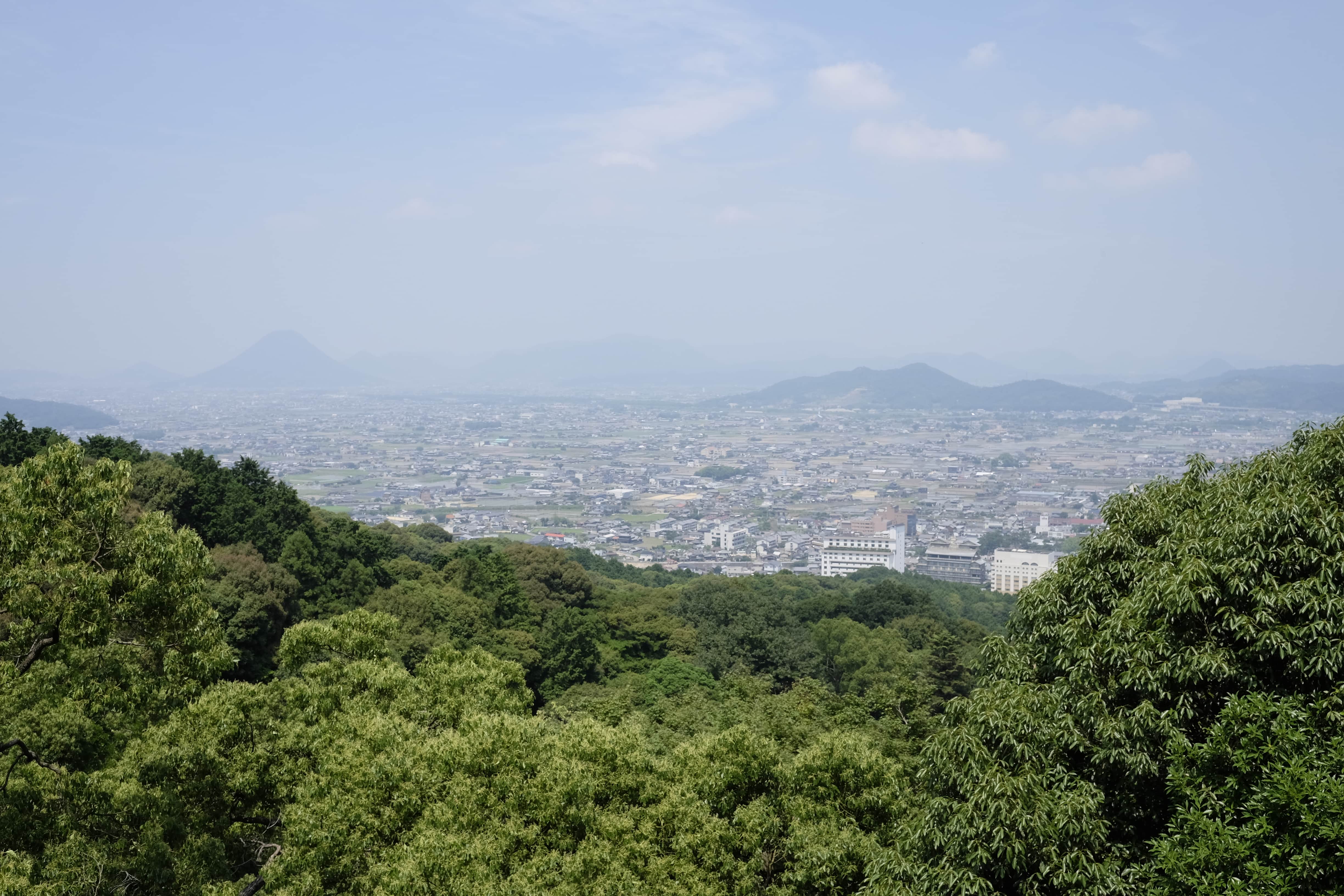 Next to the main hall is a viewpoint overlooking Kotohira Town (琴平町), and the Ema Hall which displays pictures of ships whose crews sought the protection of the shrine. 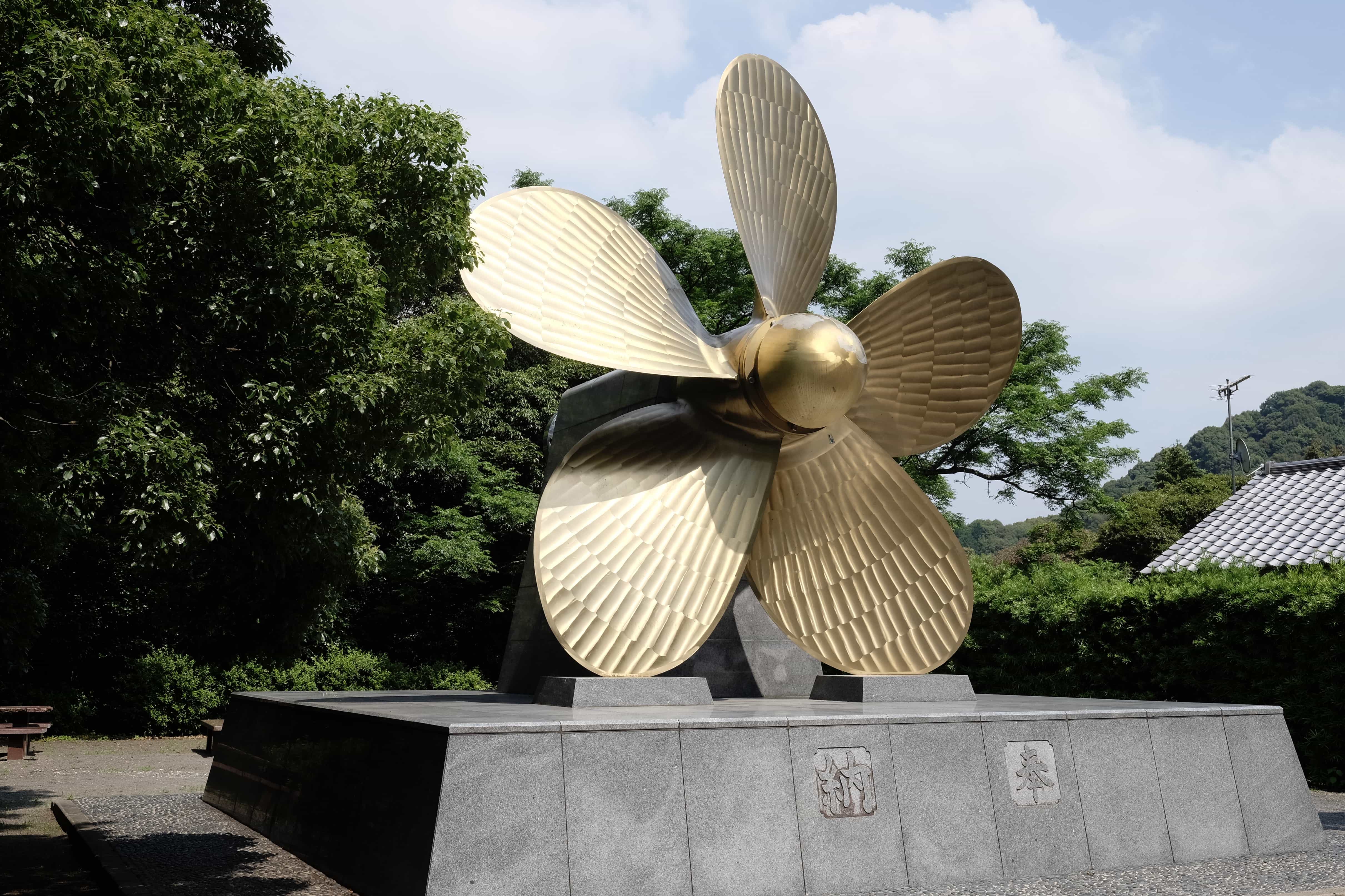 The principal deity of the shrine is Ō-mono-nushi-no-mikoto, a spirit associated with safe seafaring. A huge golden propeller stands on a plinth as a reminder of this. 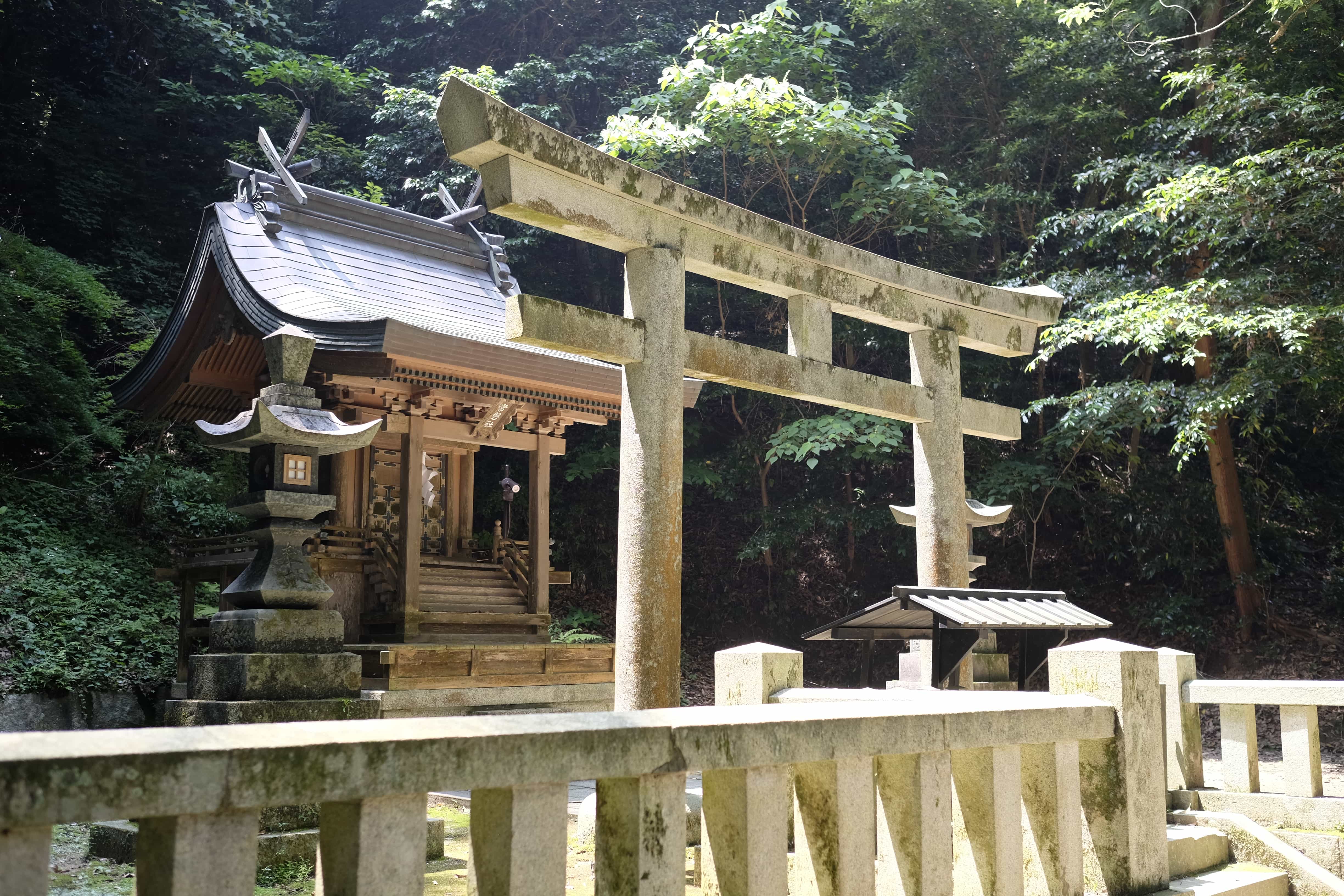 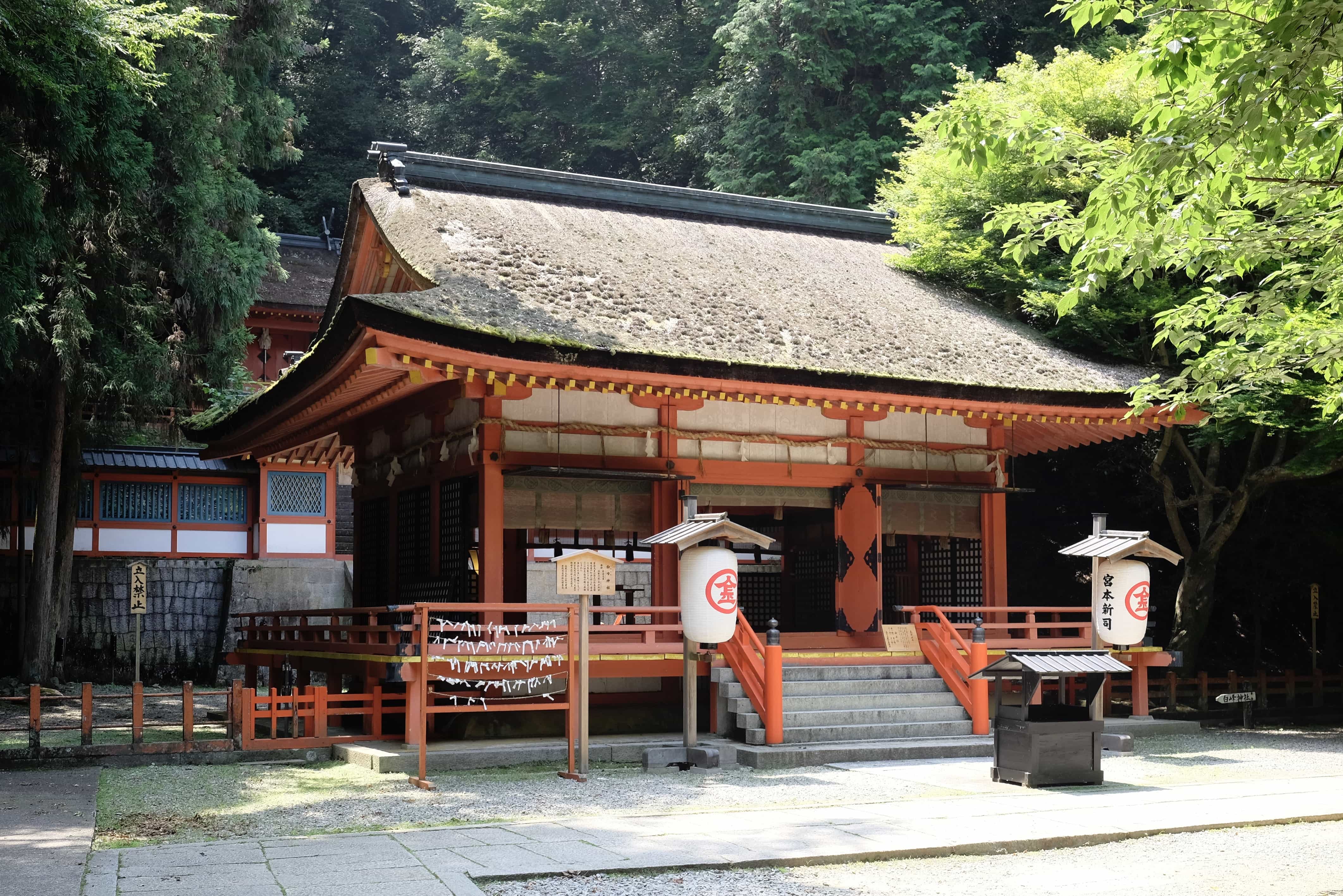 It’s an additional 583 steps along a forested path to the inner shrine (okusha). The path is paved the whole way and not terribly steep so isn’t too arduous. 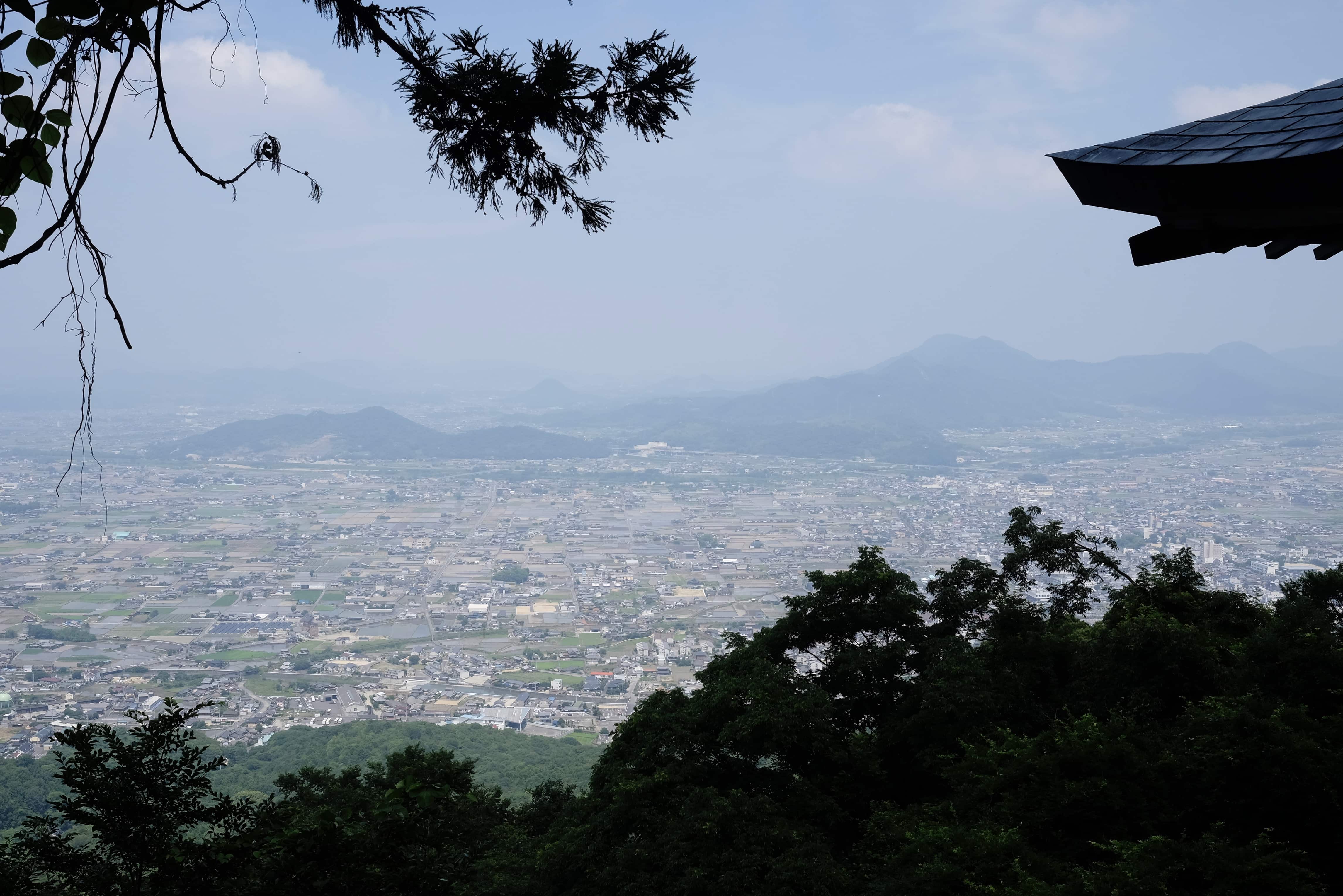 Since not many people go the whole way up, the inner shrine was much quieter and a good place to pause for reflection. It felt good surveying all the mountains that I had previously summited. 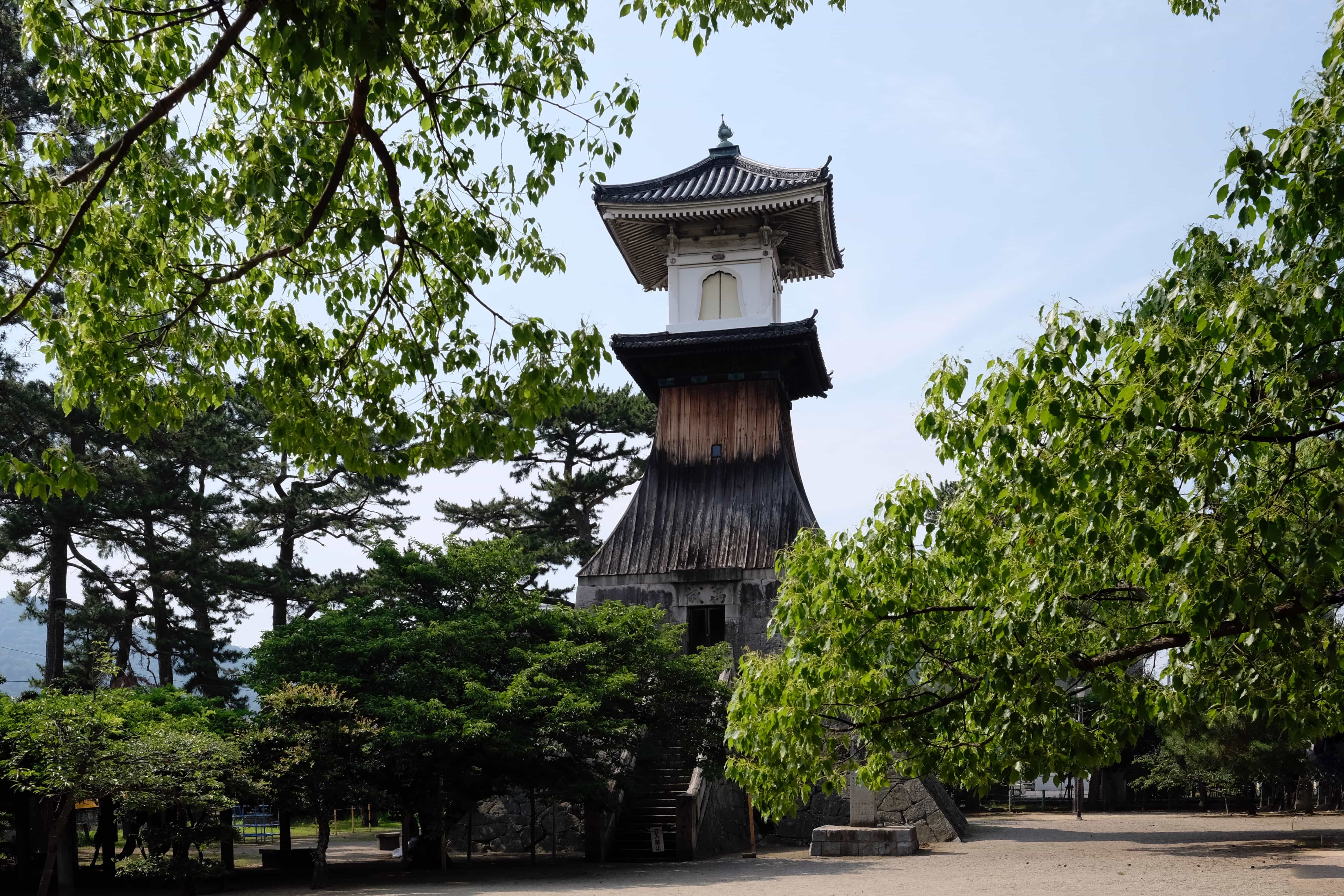 On the way back to the station, I passed an unusual ancient wooden lighthouse (高燈籠 lit. high lantern) built on top of a tall stone foundation in 1865. It was used as an indicator for ships sailing in the Seto Inland Sea, both as a warning and a direction indicator for those wanting to pray towards the shrine.

If you’re on the Shikoku Pilgrimage and have half-day to spare in Kagawa then it’s worth a visit and makes a nice change from the usual Buddhist temples.