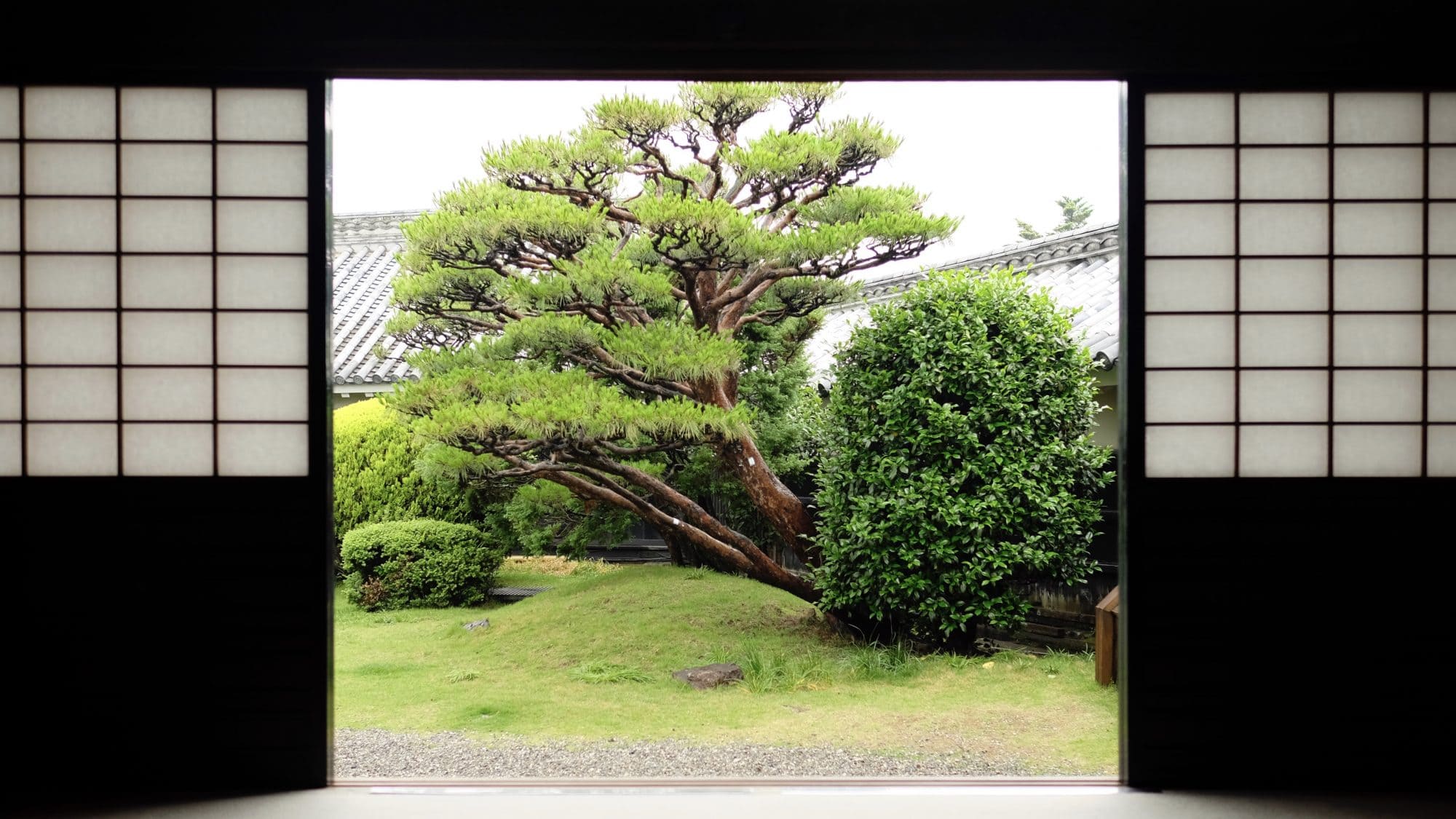 Walking at a leisurely 7am, today I stayed put in Kōchi and explored the city a little while giving my feet a rest. 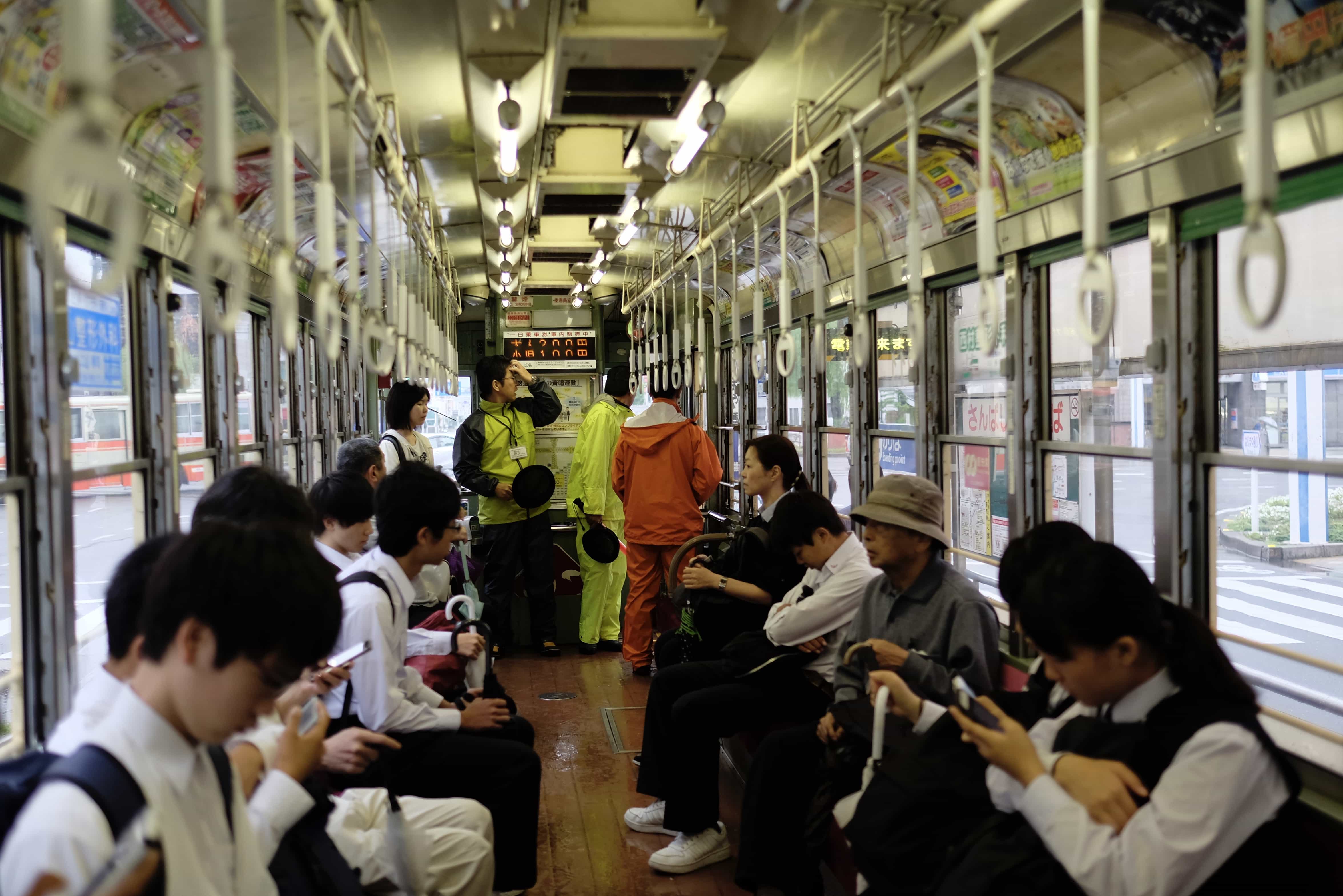 Maybe it was just the rain but Kōchi is not a terribly pretty city and has probably seen better days. It does, however, have a particularly good castle which is where I headed first by means of the tram, my rain coat sticking uncomfortably to my skin in the humid air. Kōchi Castle (高知城) is noteworthy as one of only twelve intact castles in Japan, not a post-war replica. All the others burnt down or were destroyed in various conflicts. 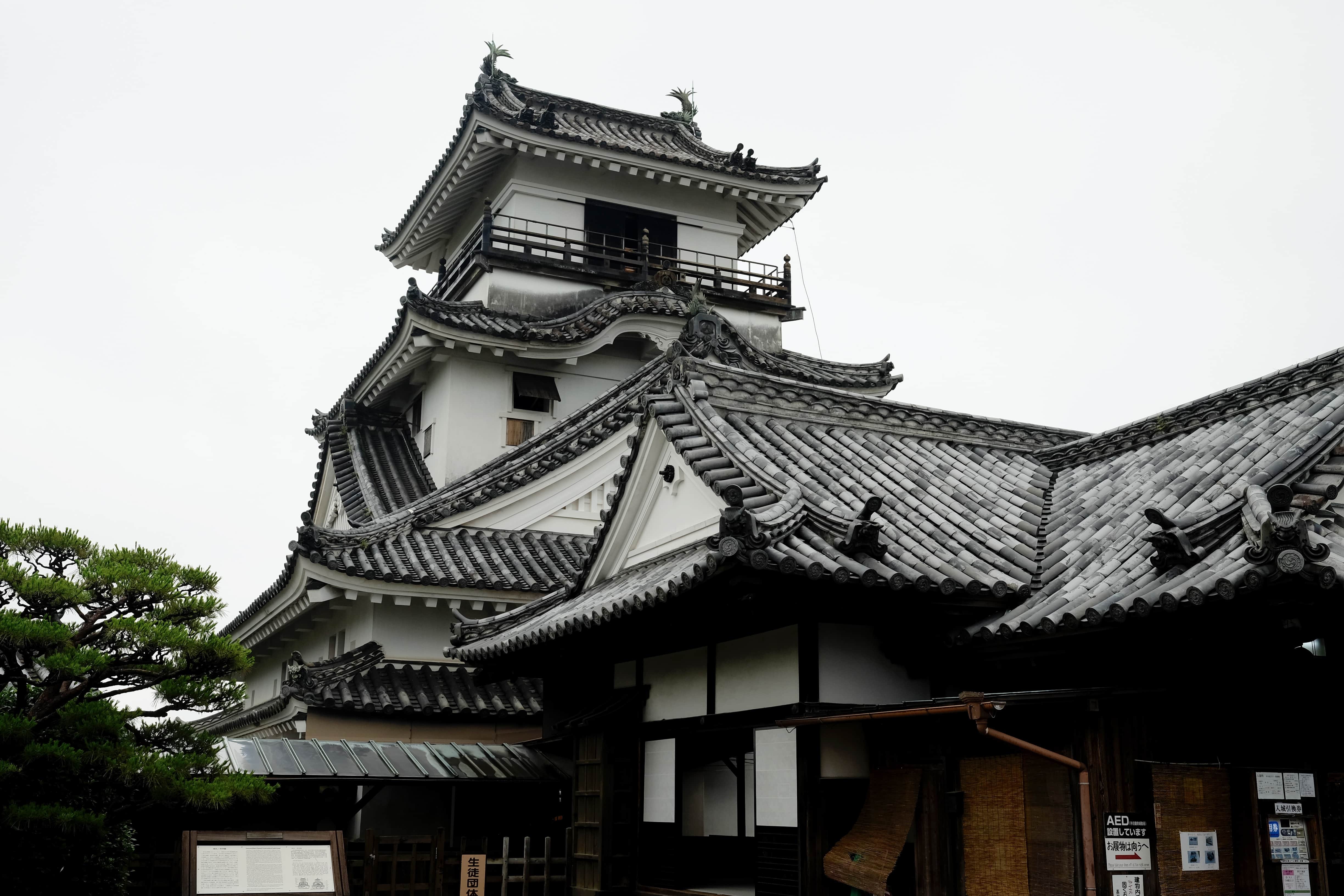 The buildings in the innermost bailey (honmaru) date from 1729 to 1753 and sits atop Otakasa Hill, commanding an extensive view of the city. 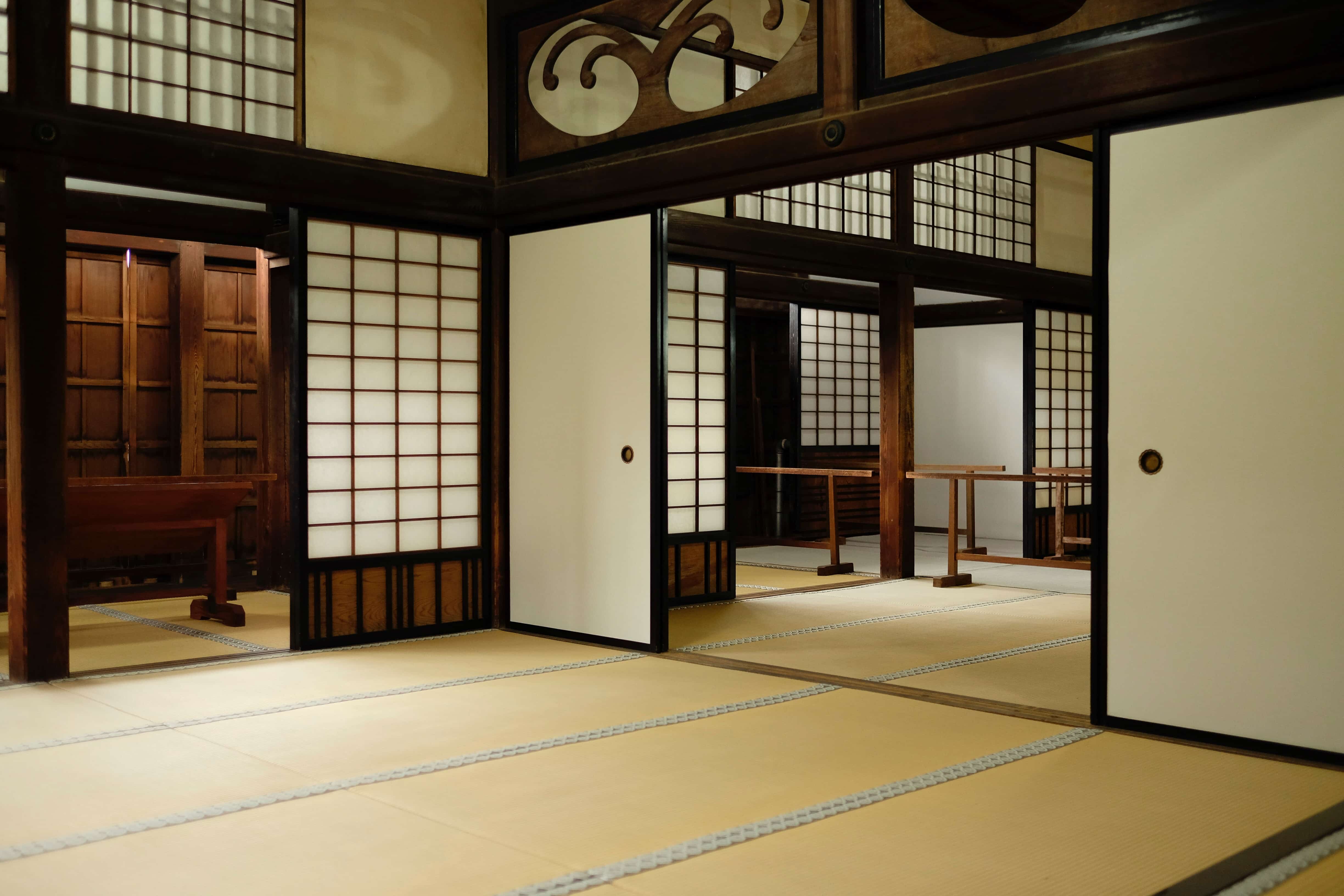 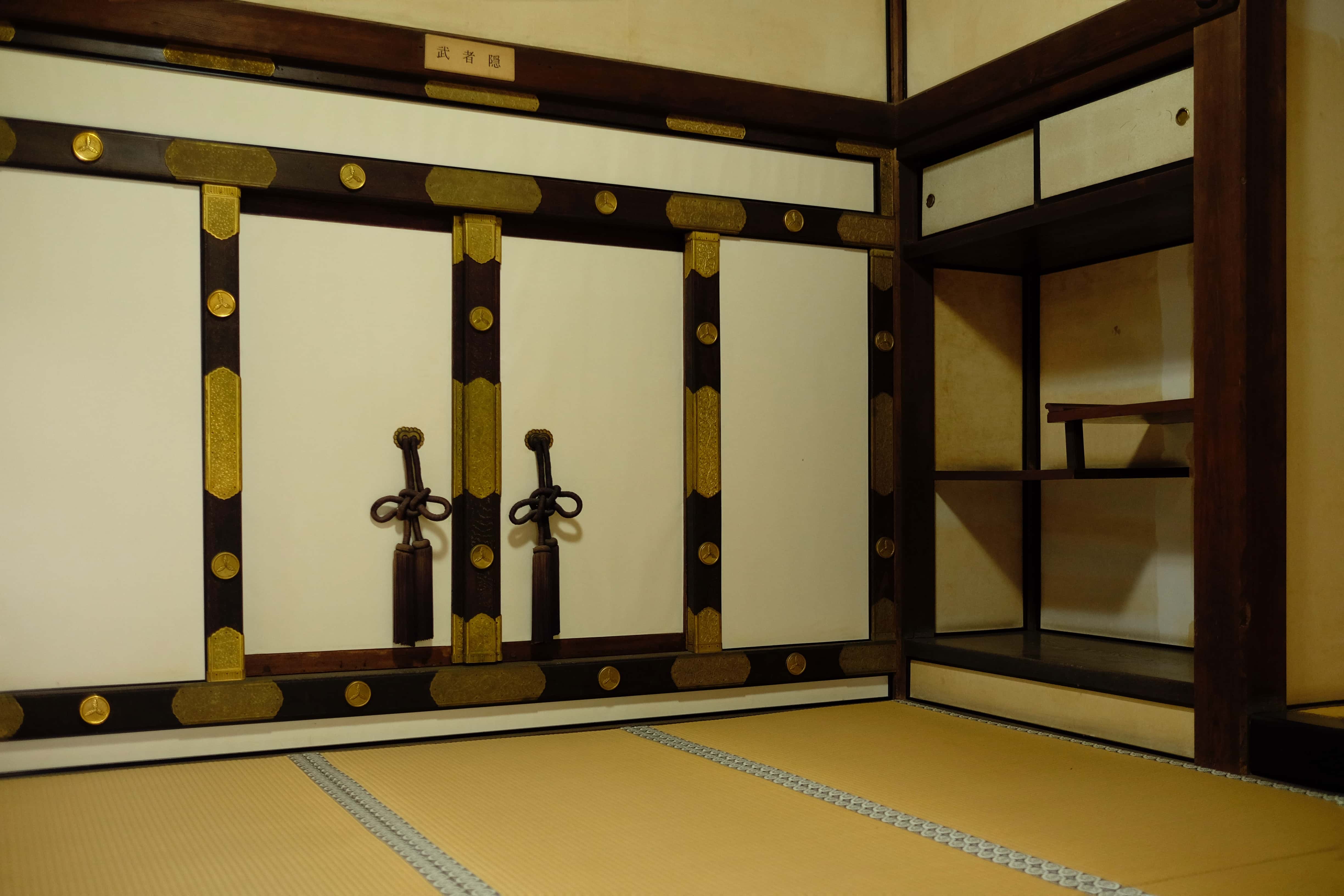 The lord sat in the jodan-no-ma, a room raised one step above the others to meet guests. Behind the decorative sliding doors, armed samurai were hidden in a small guardroom in case the lord was attacked by visitors. Small lookout windows were used to get an overall picture of any attacking troops. Iron spikes were also embedded in the walls to repel invaders. 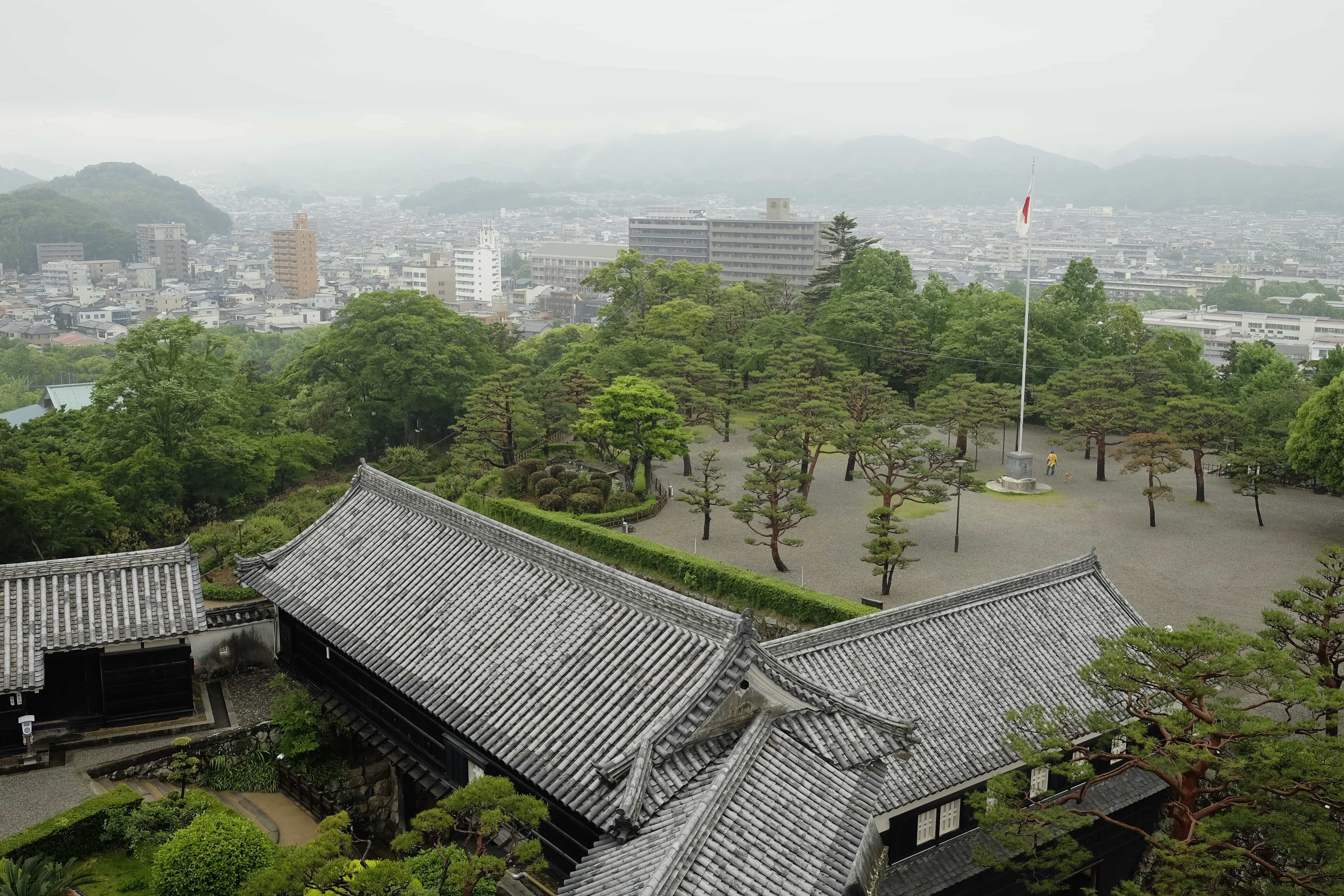 The castle tower has six floors with the uppermost having a railed walkway painted in black lacquer. Even in the bad weather, the view was pretty good. 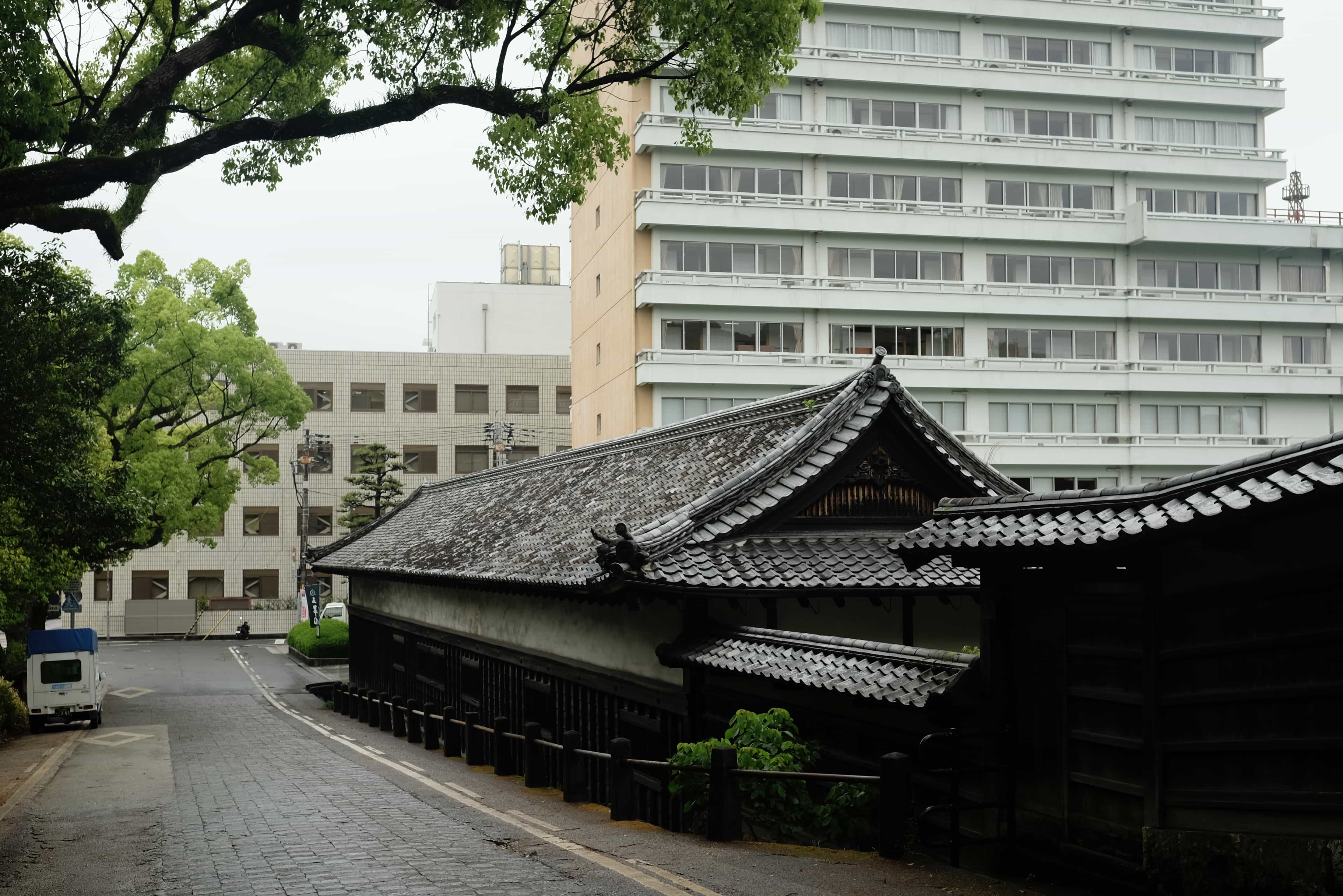 Tucked away near a bridge over the river just south of the castle can also be found the Former Yamauchi Samurai Residences (旧山内家下屋敷長屋). This row of houses was built as lodgings for samurai guards at the end of the Edo period.

After lunch, with no sign of the rain letting up and feeling like a deflated balloon, I washed my clothes and then vegged out for the rest of the afternoon. 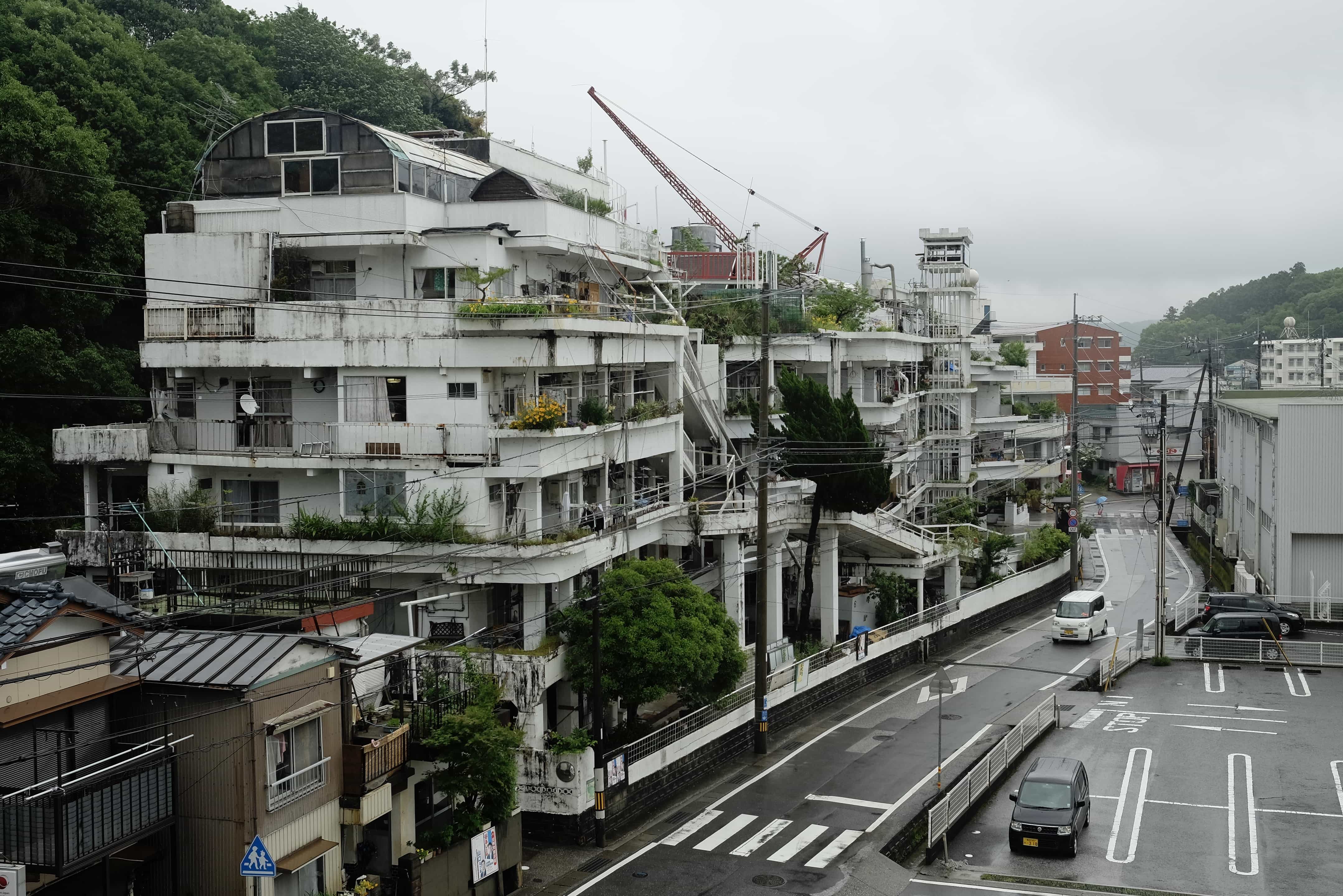 My lodgings for tonight is the utterly bizarre Sawada Mansion (沢田マンション). Built without any plans over the lifetime of the eccentric owner, Kanou Sawada (1927-2003), it’s a hodgepodge of ideas which has a fascinating backstory.