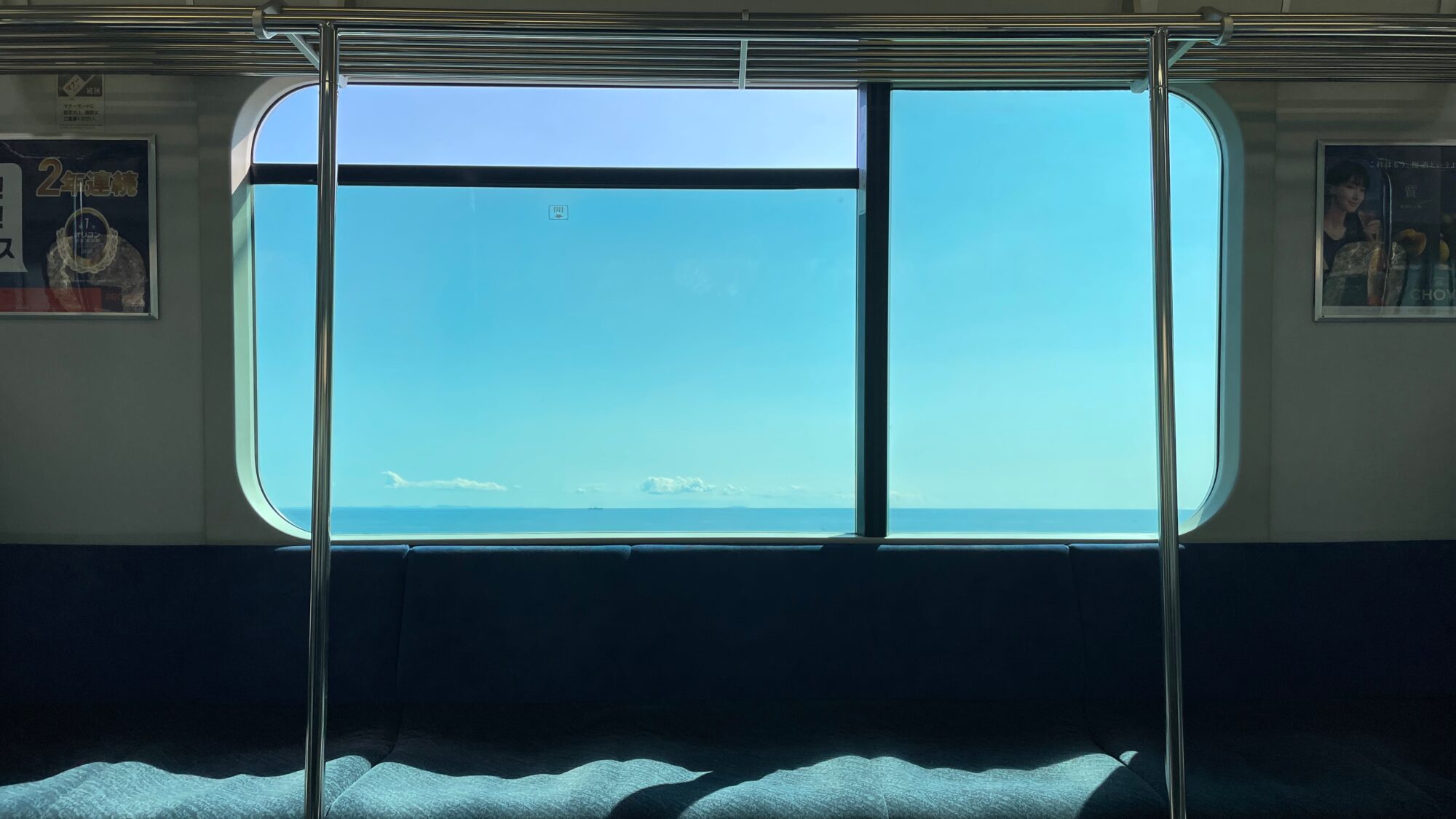 It had been a while since we’d been anywhere outside our immediate surroundings so back in mid-March we took a short day trip south along the coast to Atami (熱海市), the train trip alone providing some beautiful views over Sagami Bay (相模湾).

Atami is popular domestically for its hot springs though you can’t help but feel like the city has seen better days. Oddly it reminded me of an old seaside resort town back in the UK.

Our destination was Kiunkaku (起雲閣), or “villa of gathering clouds”. It consists of two original buildings that date from the Taishō Period (1912-1926) when the Japanese were mixing Western elements into their traditional design and numerous annexes which were added later on to form a giant square enclosure surrounding a beautiful Japanese garden.

Initially built by a shipping magnate as a private home, it was later turned into a ryokan inn for the wealthy and almost every famous author in modern Japan has stayed there – which is why they couldn’t tear it down when the most recent owners wanted to get out of the hotel business.

A group of concerned citizens banded together and persuaded the city to buy the entire property. Kiunkaku was renovated and since 2000 has been open to the public to visit.

The mix of architectural features like a wood-panelled room with heavy western furniture and a large fireplace topped by stone Buddhist carvings can come off as a bit kitsch but it’s interesting to see what the fashion of the day was and must have been a very grand place to stay. Apparently, it’s a popular location for shooting period dramas.

Given that the cherry blossom was in full bloom, the gardens were a highlight of manicured perfection. One wonders when the gardeners do their magic!

I’m not sure I’d recommend Atami as a destination but Kiunkaku is an interesting spot to visit if you’re passing through. Besides which, there’s some good sushi to be had locally too!