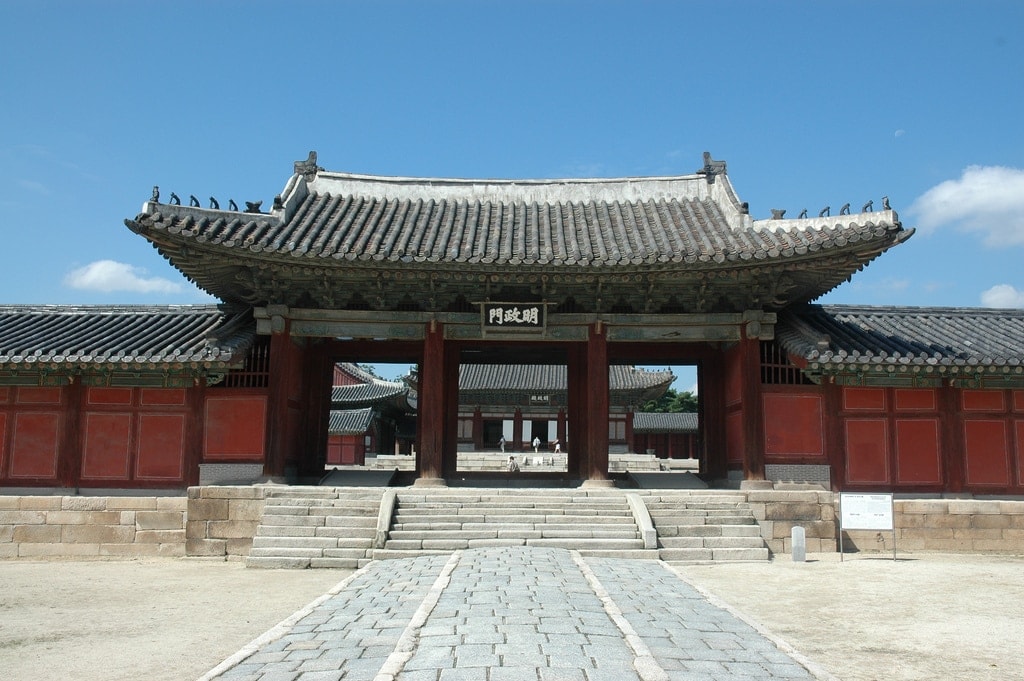 I was free on my first Monday morning in Seoul so I decided to take a look at a couple of historic sites in the north of the city, namely Jongmyo Shrine & Changgyeonggung Palace. Having looked it up on the web earlier I noticed that they offer free walking tours which I thought might be interesting so signed up. What I hadn’t quite bargained for was that I was the only person who had signed up that day! My guide was Lee Bog-nam (Ph.D), a retired professor of economics with an interest in history, who showed me around and gave me the historical background. 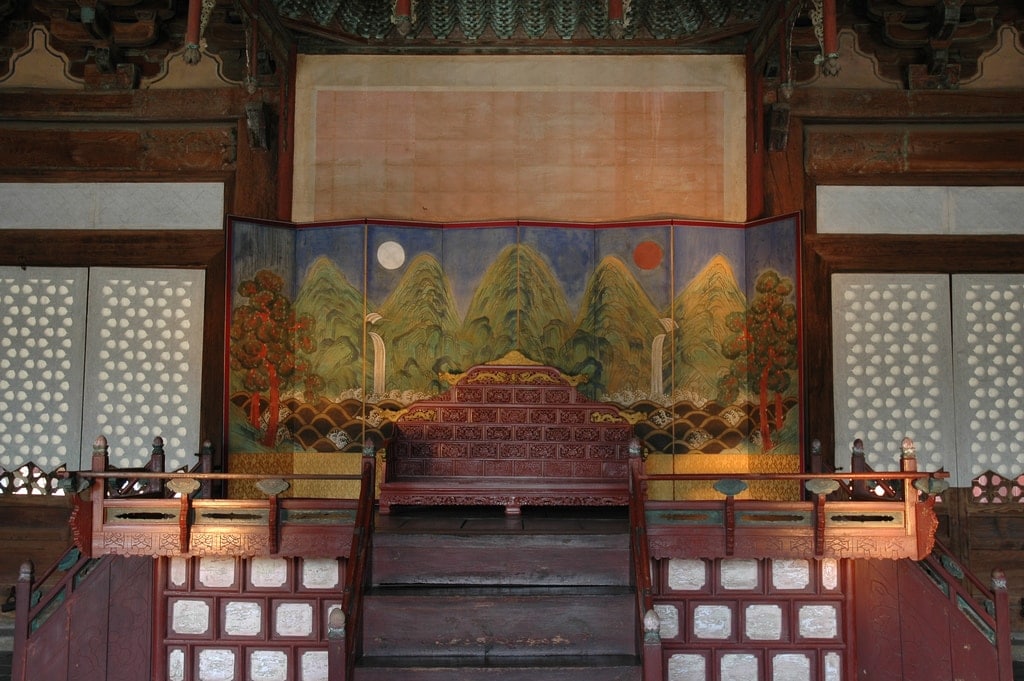 Jongmyo is the royal ancestral shrine of the Joseon dynasty (1392-1910) where the spirit tablets of its kings and queens are enshrined and memorial rites are observed in respect of the Confucian tradition. It has two impressive main halls and numerous other pavilions. Changgyeonggung Palace is one of Seoul’s 5 Joseon era palaces and follows in a similar style to the others. During the Japanese occupation (1910-1945) both sites were extensively damaged and so needed heavy restoration. 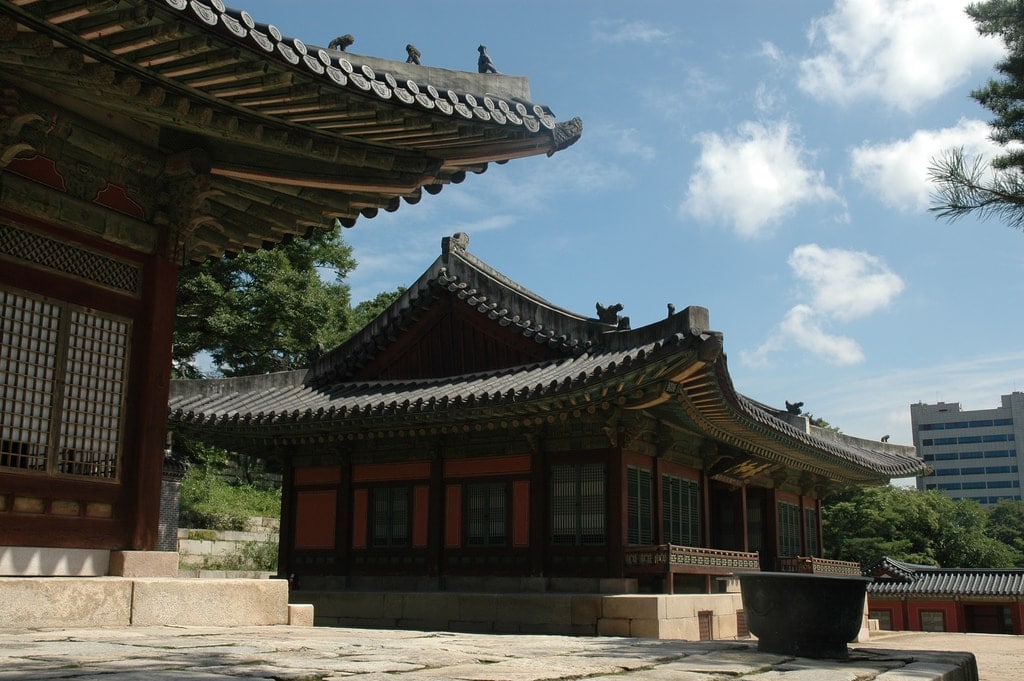 If you have a couple of hours to spare in Seoul its well worth to pay Jongmyo & Changgyeonggung a visit – just a 10 min walk from Jongno 3(sam)-ga subway station.