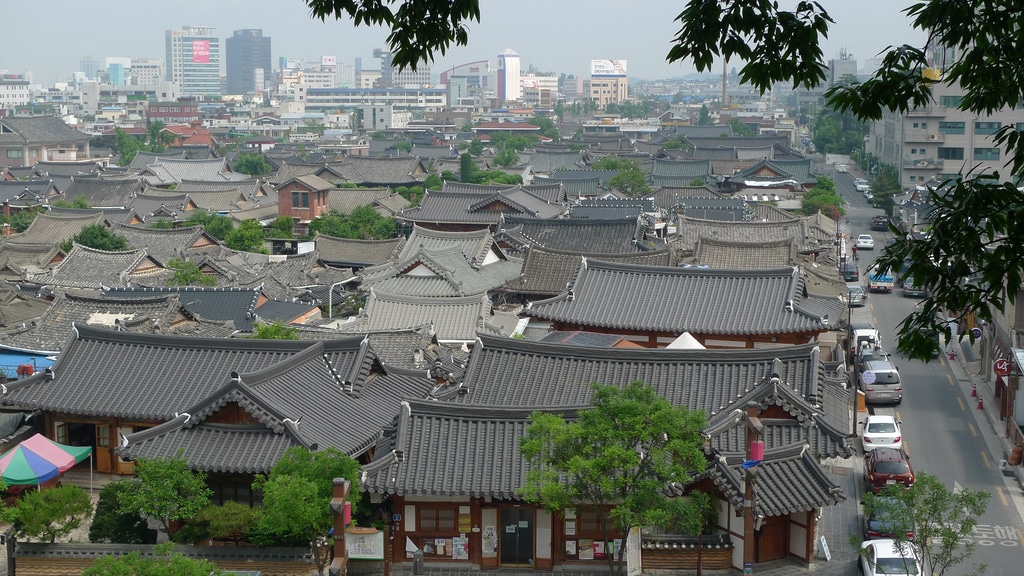 During my two-and-a-bit days in Jeonju, South Korea I spent most of my time in the traditional Hanok Village and managed to snap a sizable number of pics which I want to share over the next few days in a three-part series. I’ll keep my notes short but should be enough to give you a flavour of what you can find there. 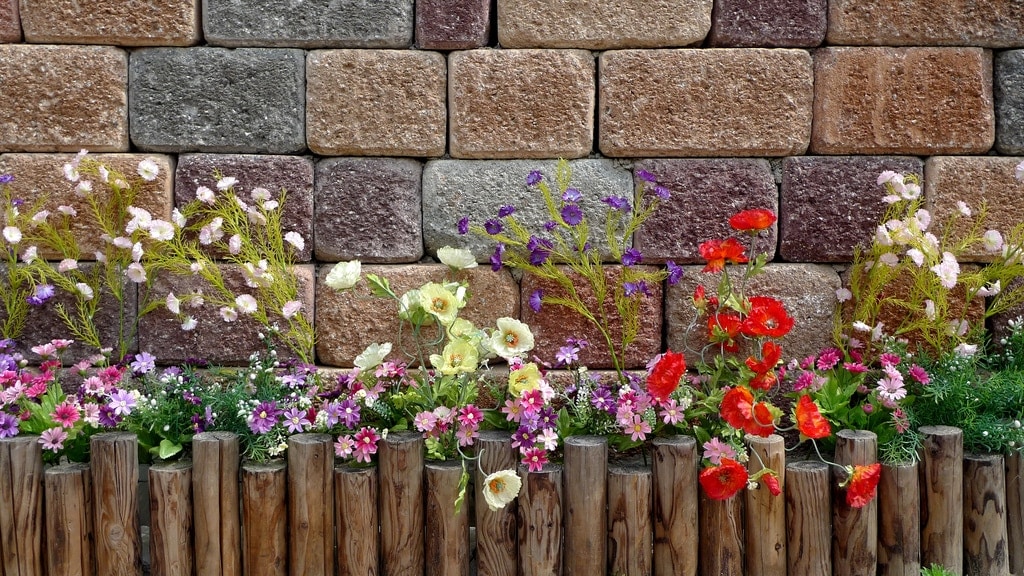 The first thing which strikes you when wandering around the village is that the area is extremely well-maintained and the locals take great pride in the rich heritage there. While the rest of city has been industrialised, there are over 800 traditional Korean ‘hanok‘ houses, both old and new. 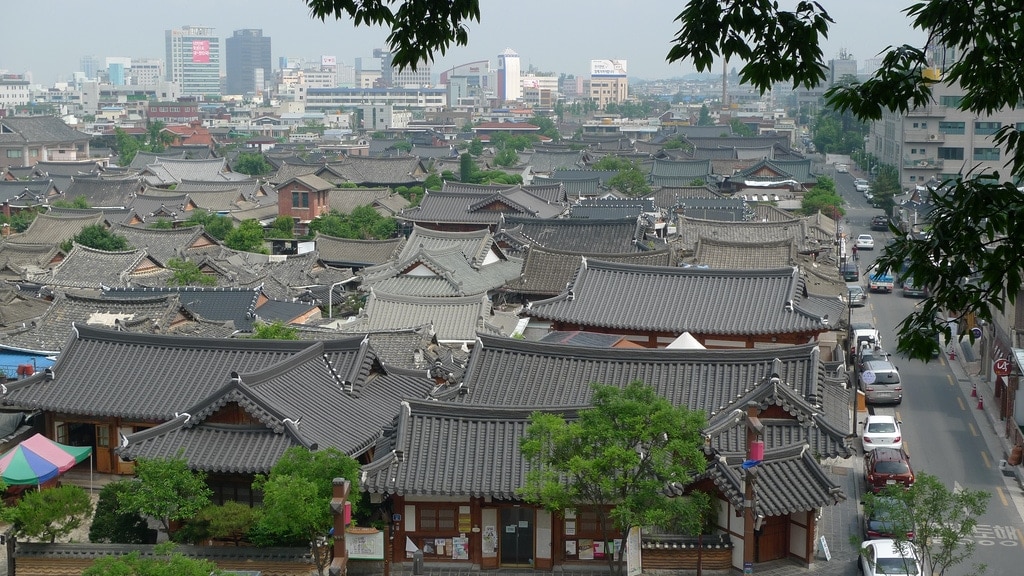 To get an overview of the surroundings I climbed a small hill on the outskirts of the village which provided a great view of the traditional rooftops, reminiscent of this scene in the film “Crouching Tiger, Hidden Dragon“. On the top of the hill (called Omokdae) was a large open pavilion and a shrine to those who defeated the Japanese pirates during the late Goryeo Dynasty. Except for a couple of locals having a relaxing chat we were entirely alone. Traveling mid-week definitely has its advantages. 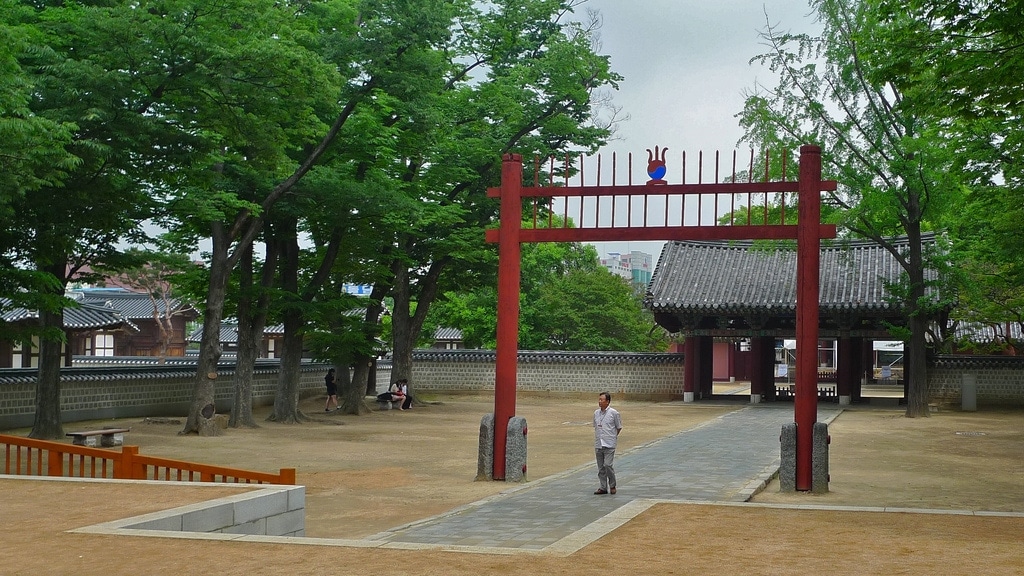 Our next stop was Gyeonggijeon Shrine which lies at the heart of the village surrounded by a beautiful park and is apparently a popular spot for filming period TV drama’s. It was originally built in 1410 – entrance is free. 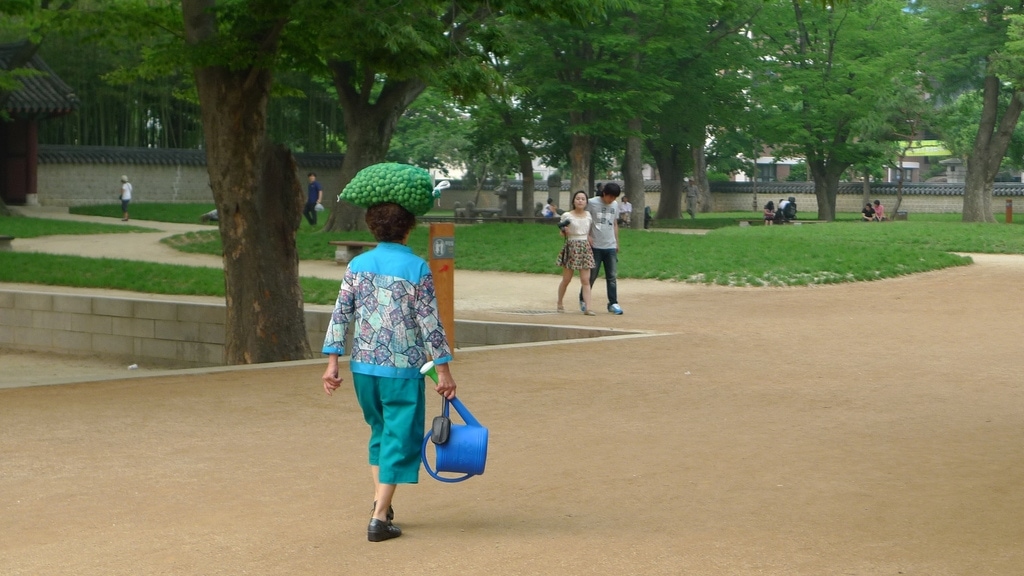 I spotted this woman expertly balancing a bag of fruit on her head which seemed rather odd but I was reliably informed that its common for people around here to use the fruit, called Maesil, to make into a special juice by pickling them in salt or preserving them in sugar. It can also be made into liquor, called maesil-ju, which has a sweet and smooth taste. 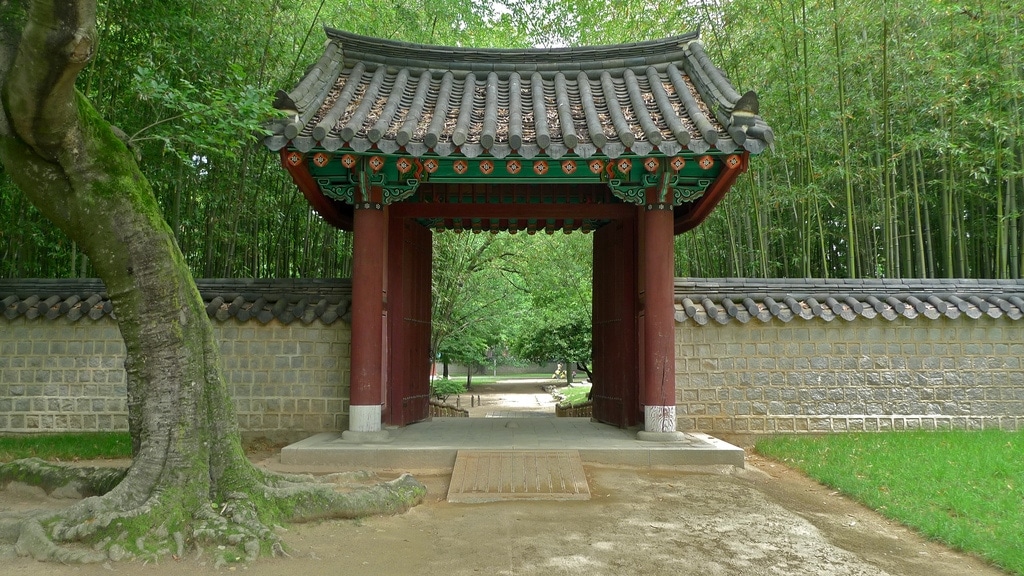 Bamboo forests are among my favourite places to shoot – they look great under many lighting conditions and here contrasted with the vivid red wooden gate looks spectacular I think. I’d like to plant a garden like this in my future home one day! 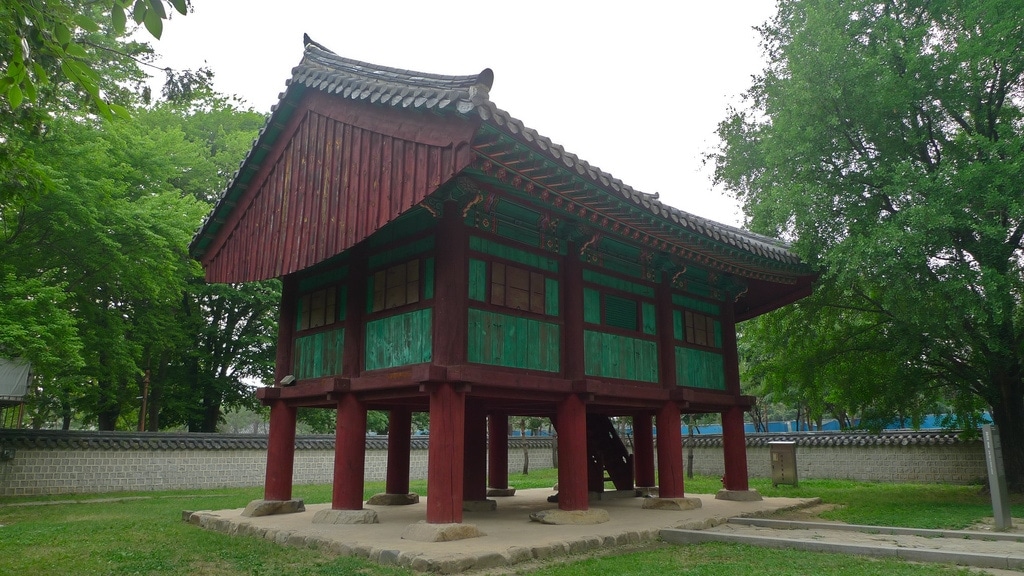 Another pavilion raised high off the ground on thick wooden posts. They are cleverly anchored to the ground on large stone blocks to minimize damage in the even on an earthquake. I guess the raised position would also help during a flood! 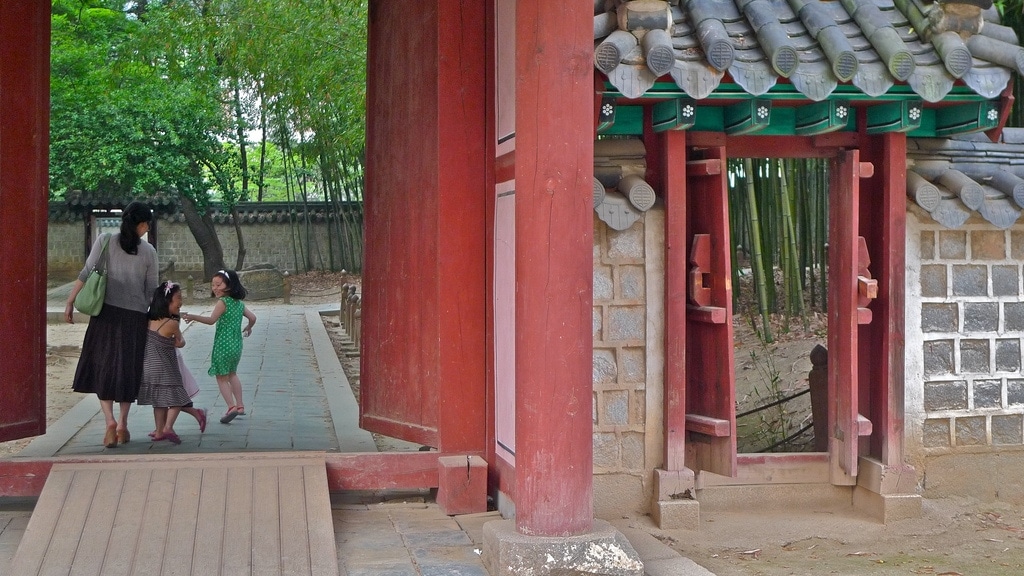 I imagine growing up in a city like this must be pretty idyllic. While I do like large cities like London and Hong Kong I think I’d like to settle down somewhere a bit smaller one day. Big cities have a tendency to stress people out and make them unhappy. As night approached we wandered around Pungnammun – the south, and only remaining gate to the original city. The structure is quite imposing lit-up at night and is similar to Namdaemun in Seoul which sadly burnt down a few months after I visited it in 2007. 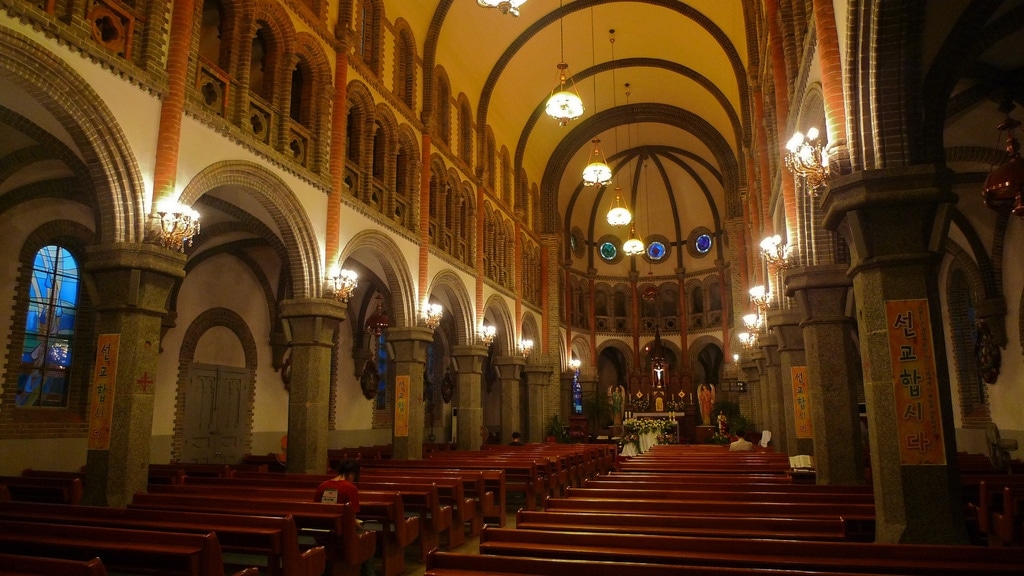 A five-minute walk from the gate is Jeondong Cathedral built in 1908 on the site where many Catholics were executed for their refusal to venerate the ancestral tablets in 1781. The cornerstone of the Cathedral is said to have come from the gate where the Bishop’s head was hung, symbolizing that the church is built on the blood of martyrs.