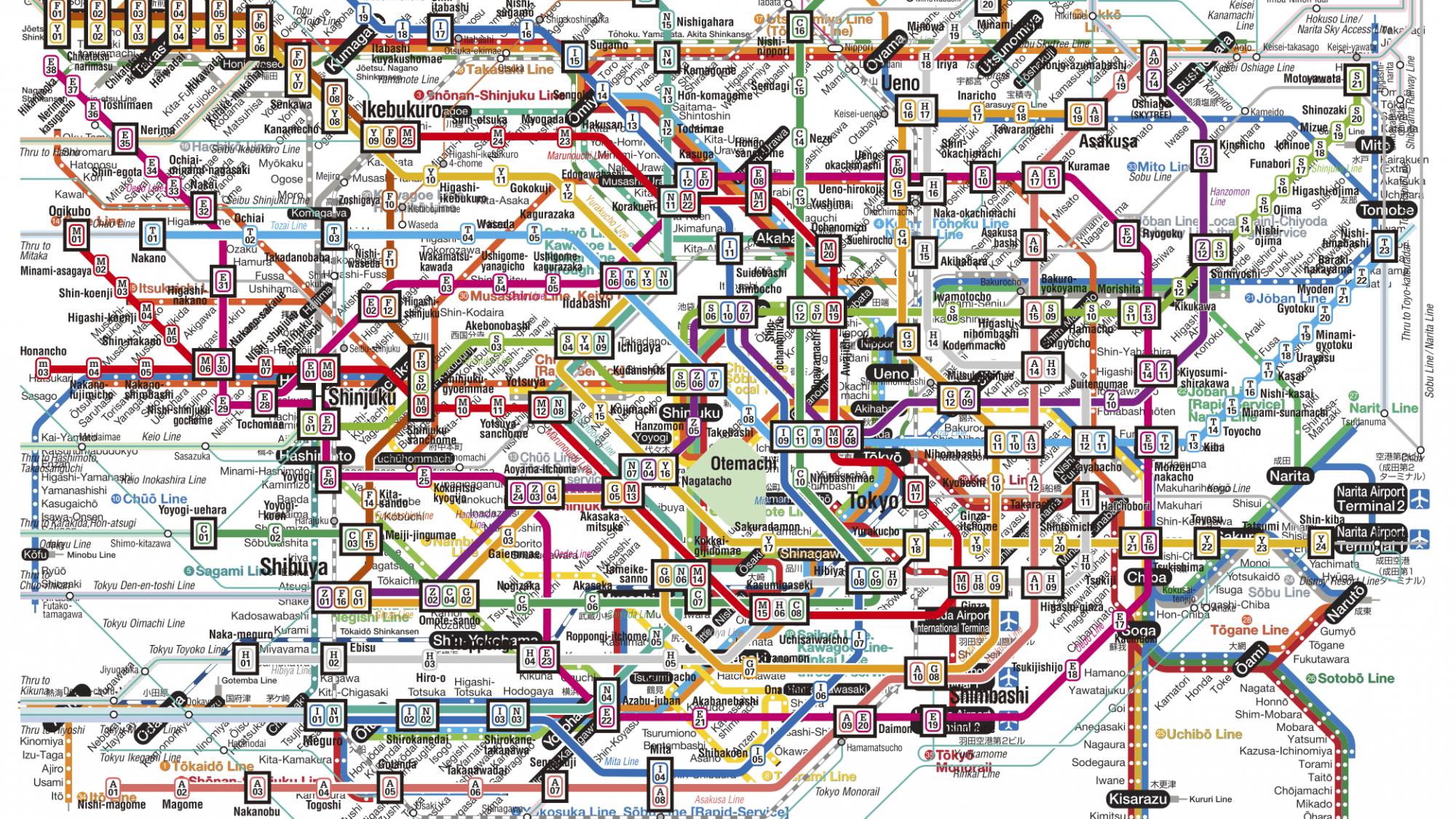 Not a great way to start the day but as far as metropolitan rail networks go Tokyo’s are as pervasive and efficient as they get. With over 130 lines, 1000 station and 2,000 km of track being ridden by 40 million passengers every day it doesn’t get any denser than this (1 station per 1.6 square mile). For a bit of fun I decided to try overlaying the JR and Metro maps and above is the result. I think it provides a nice metaphor for the complexity of the system but I sorely wish I had the time to take a crack at designing real combined map!