Finally the exams are over! OK, so I’ve only had two weeks of them but believe me its enough! As to how they went, the less said about that the better – put it this way, its going to be close, very close. This morning I had the pleasure of sitting the “Functional Programming & Artificial Intelligence” paper, probably the most tricky out of all of them but not as bad as I was originally expecting. Fingers crossed it will be OK but I’m having nightmares about re-sits in August already! 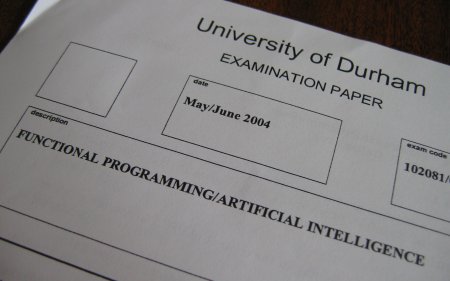 Now I have a bit more free time (in fact a lot of it) I’ll be getting back to film reviews and a few other bits and pieces. I plan to update every day for at least the next week so make sure you visit often!

P.s. Also watch out for the unstoppable Red Ted who may be making a come back soon 🙂