If you’ve ever visited Hong Kong you will have undoubtably discovered that the city has three distinct, albeit tangled, levels – street level, underground and overground – which can be navigated by pedestrians via a complex network of elevated walkways and underground tunnels that have evolved over the past 50 years. You can literally walk for miles through interconnected shopping malls, office lobbies, train stations, parks and other public/private spaces. 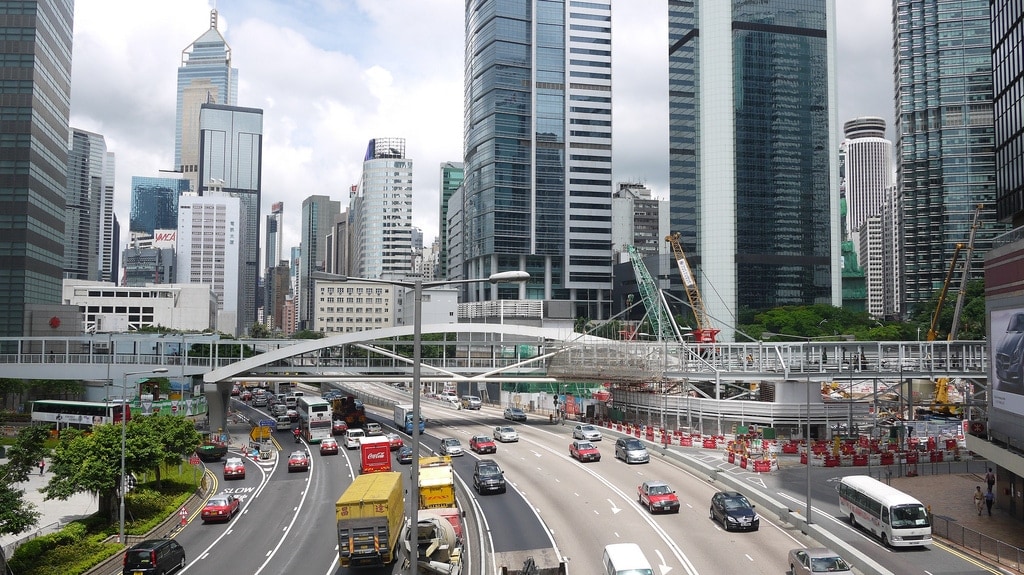 What’s fascinating is that these networks did not develop as the result of some grand master plan but due to the scarcity of usable land and the realisation that the space about the ground floor was just, if not more, valuable. Conspiracy theorists will tell you that these networks are the result of collusion between the government and property developers to drive up traffic to over-priced shopping malls, of which there is probably some truth, but more important is that they facilitate the relatively smooth circulation of people without having to interrupt the movement of cars.

Case in point where I live in Quarry Bay I have to walk up through Tai Koo MTR station, Kornhill Plaza mall and a covered walkway from the top of the building to reach my apartment which protrudes from the side of a mountain. On rainy days I can walk the whole way to work without going outside.

Until now traditional two-dimensional maps have been woefully inadequate at displaying these dense layers of information but a group of academics and architects have co-authored a book which comprehensively documents these walkways using highly detailed 3D drawings/models. Cities Without Ground: A Hong Kong Guidebook, by Adam Frampton, Jonathan D. Solomon and Clara Wong, provides a totally fresh perspective on Hong Kong and the result is frankly amazing (via Atlantic Cities).

Hong Kong is a city without ground. This is true both physically (built on steep slopes, the city has no ground plane) and culturally (there is no concept of ground). Density obliterates figure-ground in the city, and in turn re-defines public-private spatial relationships. Perception of distance and time is distorted through compact networks of pedestrian infrastructure, public transport and natural topography in the urban landscape. 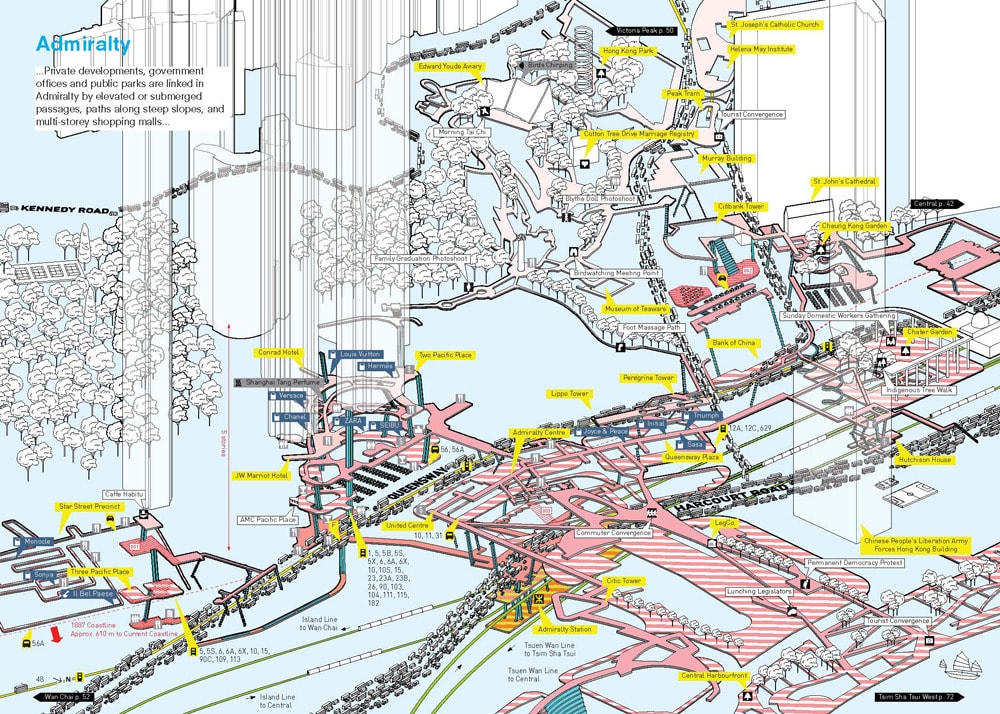 Without a ground, there can be no figure either. In fact, Hong Kong lacks any of the traditional figure-ground relationships that shape urban space: axis, edge, center, even fabric. Cities Without Ground explores this condition by mapping three-dimensional circulation networks that join shopping malls, train stations and public transport interchanges, public parks and private lobbies as a series of spatial models and drawings. These networks, though built piecemeal, owned by different public and private stakeholders, and adjacent to different programs and uses, form a continuous space of variegated environments that serves as a fundamental public resource for the city. The emergence of the shopping malls as spaces of civil society rather than of global capital— as grounds of resistance— comes as a surprise.

This continuous network and the microclimates of temperature, humidity, noise and smell which differentiate it constitute an entirely new form of urban spatial hierarchy. The relation between shopping malls and air temperature, for instance, suggests architectural implications in circulation—differentiating spaces where pedestrians eagerly flow or make efforts to avoid, where people stop and linger or where smokers gather. Air particle concentration is both logical and counterintuitive: outdoor air is more polluted, while the air in the higher-end malls is cleaner than air adjacent to lower value retail programs. Train stations, while significantly cooler than bus terminals, have only moderately cleaner air. Boundaries determined by sound or smell (a street of flower vendors or bird keepers, or an artificially perfumed mall) can ultimately provide more substantive spatial boundaries than a ground. While space in the city may be continuous, plumes of temperature differential or air particle intensity demonstrate that environments are far from equal.

While the maps are soon to be published in dead-tree book form, I’d love to seem them turned into a mobile app where you could switch between a 2D and 3D view orientated around where you were walking. With some smart user experience design it could be very useful. Cities Without Ground: A Hong Kong Guidebook will be available in September from ORO Editions (order on Amazon) – I can’t wait to get my hands on it.