After visiting Tokyo’s Imperial Palace I took a train to Ginza (銀座) which is recognized as one of the most luxurious shopping districts in the world. Shopping holds little interest to me but I did want to get a feel for the area and pay homage to a couple of places, namely Japans flagship Apple and MUJI stores. 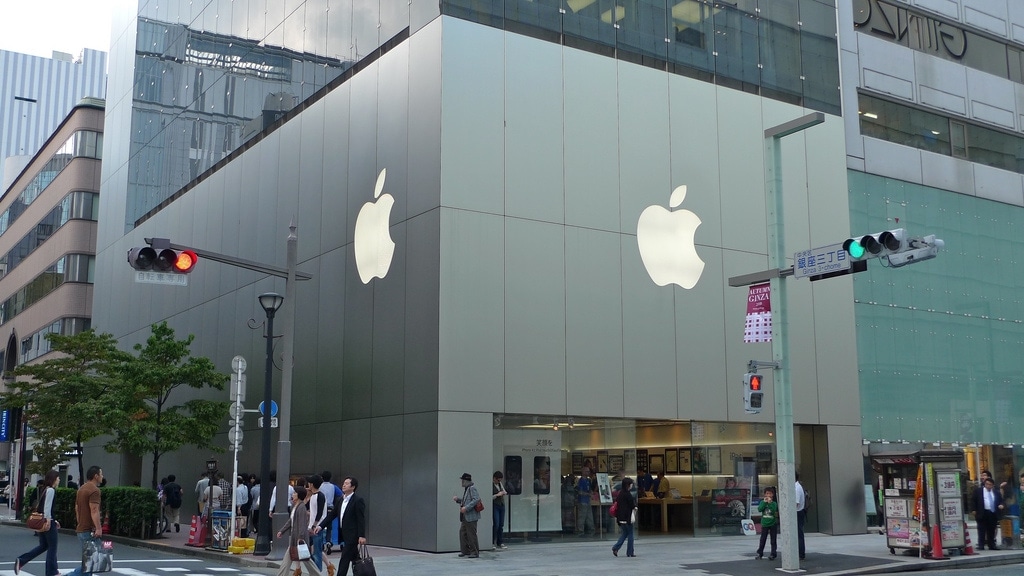 Apple’s first international store outside the US is a giant stainless steel-clad cube that can be found on the corner of a busy intersection opposite the Matsuya department store. Both the exterior and interior design was very impressive and by the looks of things iPads and iPhones were flying off the shelves. 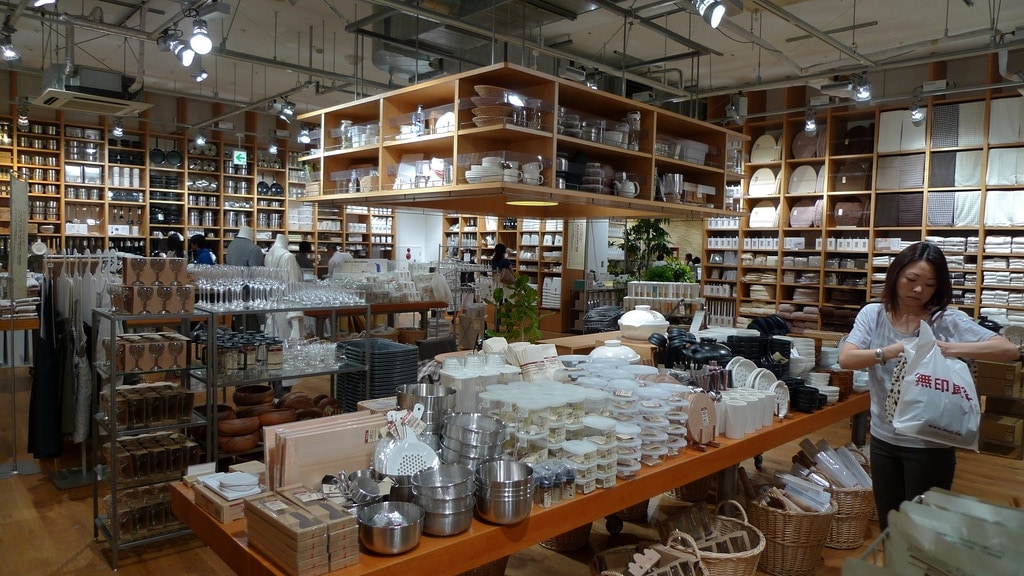 The nearby MUJI was basically the same as their stores I’ve visited in the UK and Taiwan but a lot bigger with a much wider product selection, including home appliances, cosmetics, garden plants, and even an opticians. If I lived in Japan I don’t think I’d shop anywhere else, all their stuff is so clean and simple – they even have some cool iPad apps now. 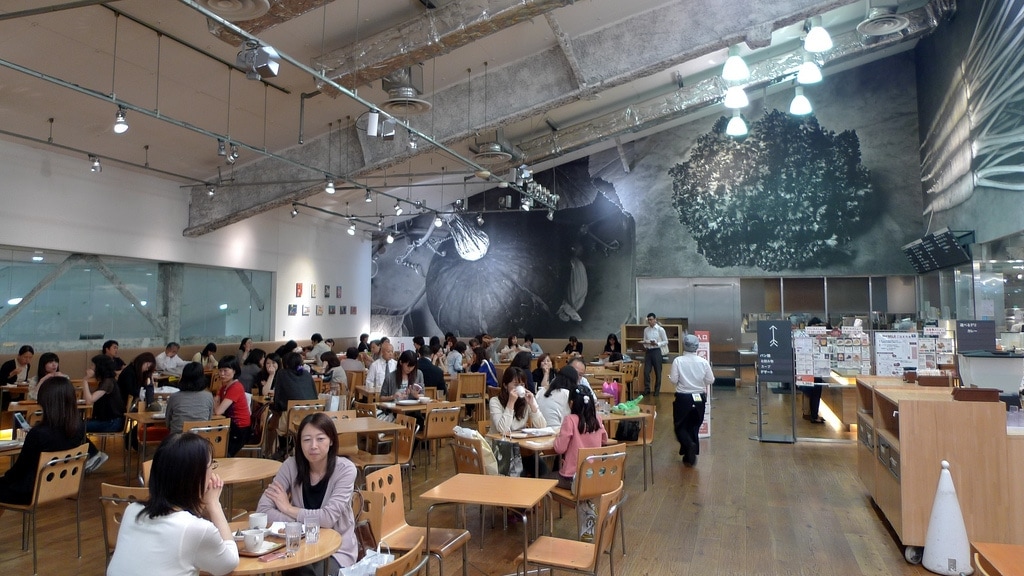 If you fancy a bite to eat then the ‘MUJI Meal‘ cafe/restaurant is right by the entrance. It seemed to be mostly full of housewives meeting for a coffee but I guess this is to be expected on a weekday. It’s inexpensive and you can either eat-in or take-away. 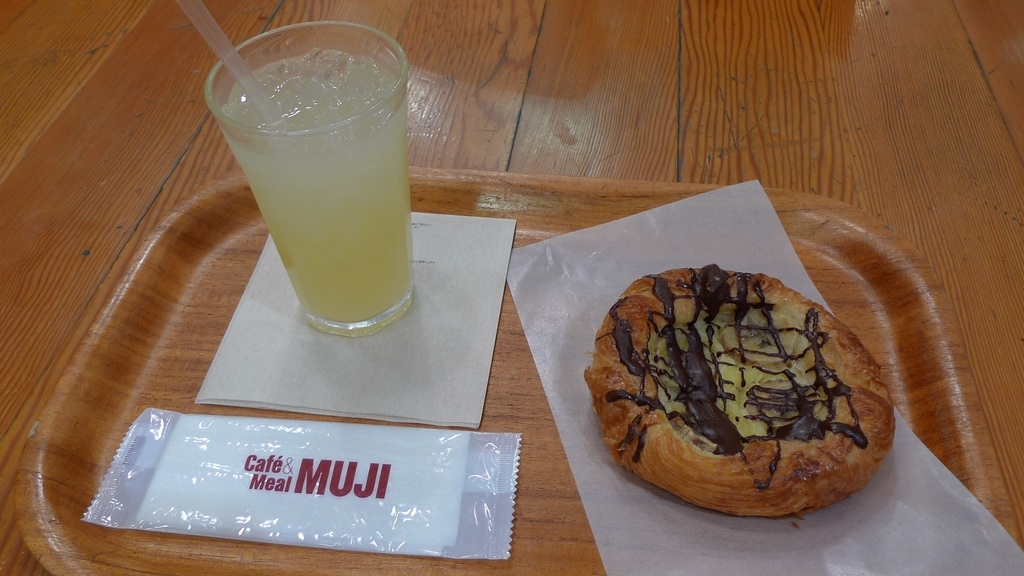 Above: apple juice and a tasty chocolate & banana pastry thing. Just the ticket after walking around for hours – very yummy! 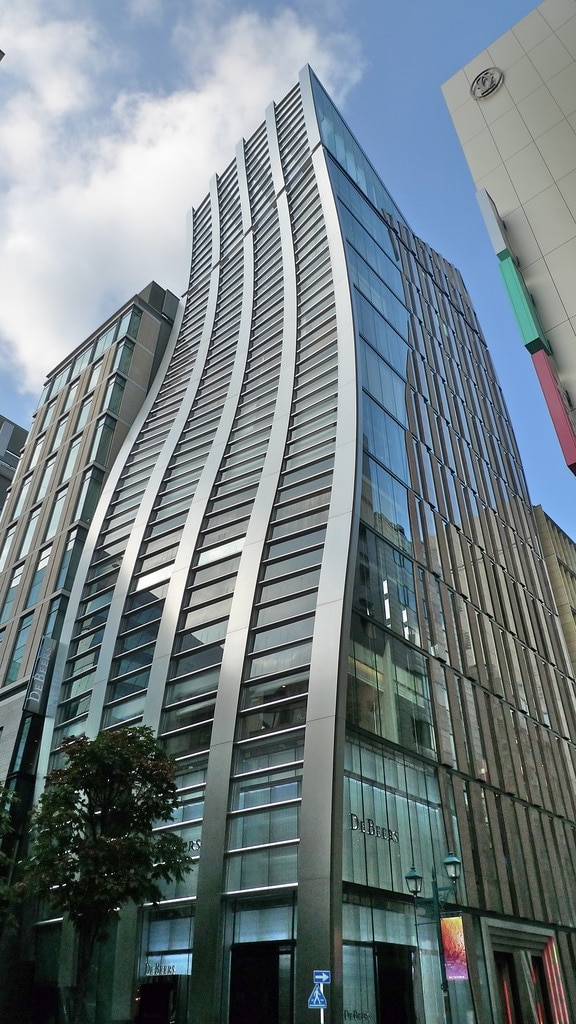 Peppered among the huge department stores and boutiques were a few architectural oddities including the wonderfully warped De Beers building above and just down the same street the swiss-cheese Mikimoto building below. The latter is ingeniously designed so that is requires no internal support columns. 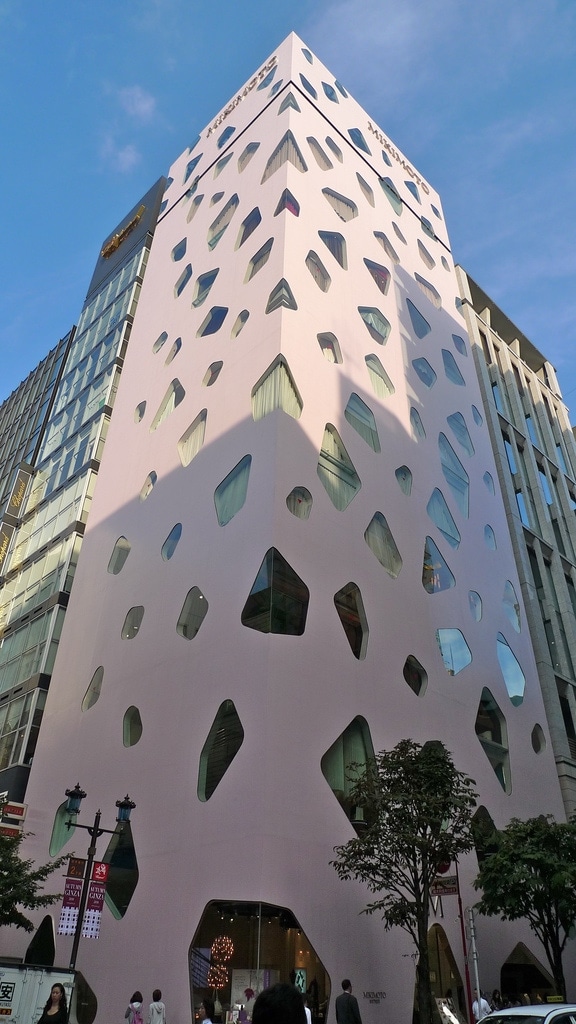 I don’t quite understand where the Japanese get the money to spend at these kinds of places when their economy has been flat for so long but clearly enough people are doing well enough to prop up all the high-end stores around here. 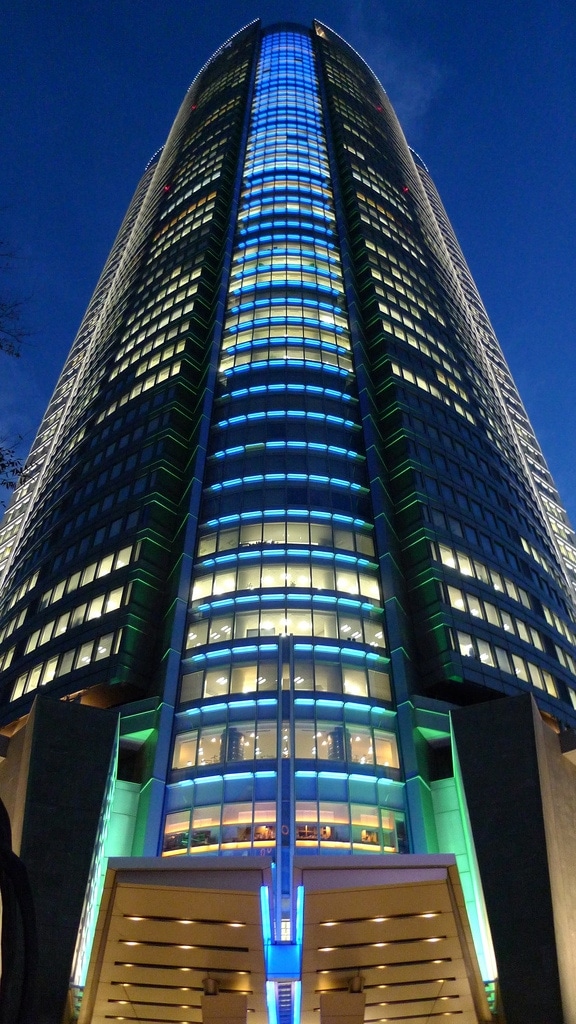 Another example of consumerism gone wild can be found at the sprawling Roppongi Hills (六本木ヒルズ) complex with the center-piece being the sumo-like Mori Tower above. It looks pretty incredible lit-up at night but unlike the Shanghai World Finance Center this is no slender beauty. 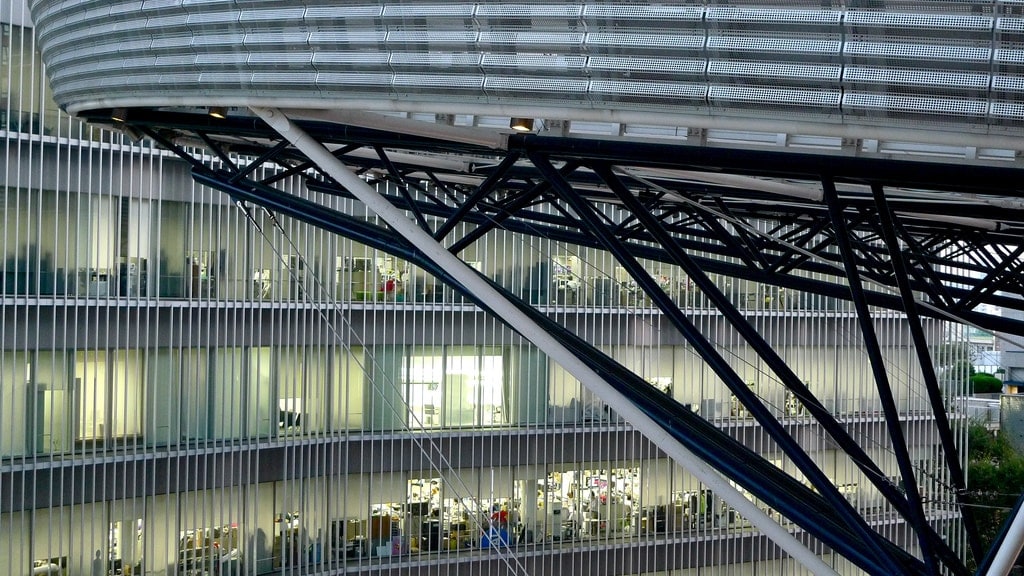 The complex layout seems to have been intentionally designed to confuse all but those with perfect map navigational skills and you’ll likely find yourself lost in the maze of walkways at some point. 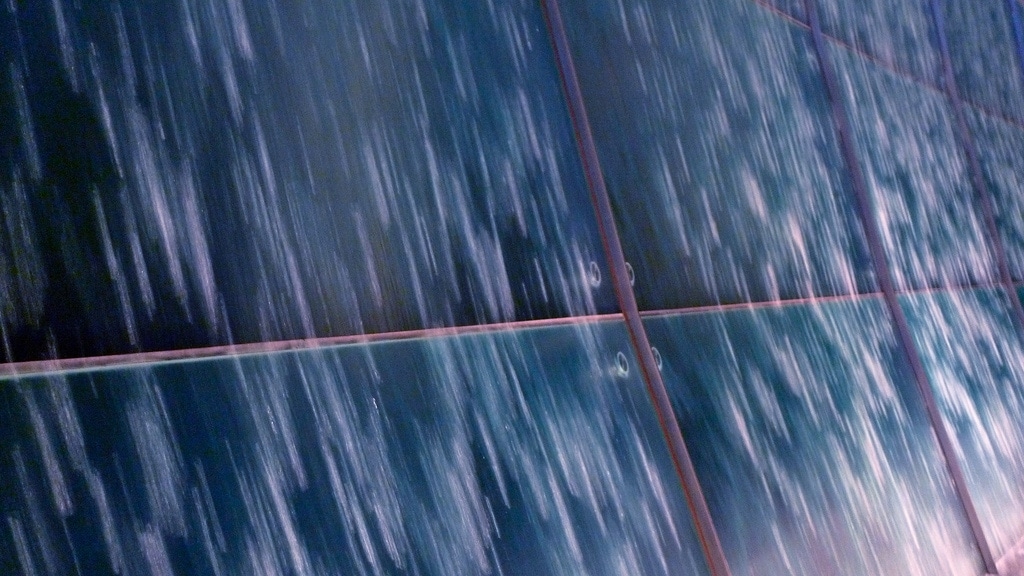 The architects vision was to build an integrated development where high-rise inner-urban communities allow people to live, work, play, and shop in proximity to eliminate commuting time. Sounds like a pretty awful utopia to me. Away from all the glitz and glamour Roppongi (六本木) itself offers a rather more sleazy affair with many night clubs and other forms of entertainment. In 2010 the U.S. Embassy apparently warned tourists to avoid the after a number of drink-spiking incidents and drunken fights although probably mostly for lack of anything else to warn about considering how safe Japan is otherwise.