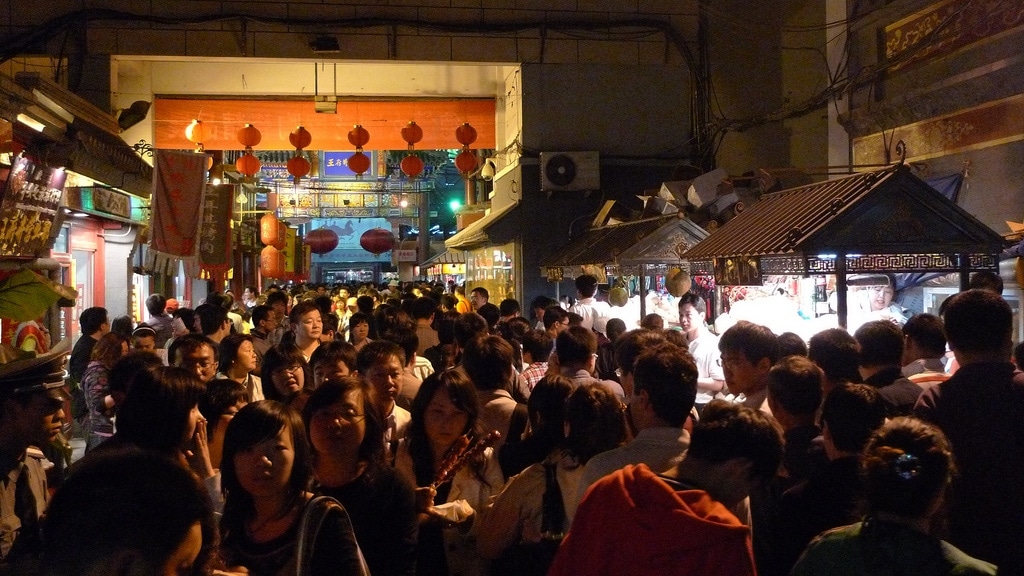 One of the great things about China is the staggering variety of snack food available on most street corners for a couple of yuan and differing from region to region. Whilst hygiene standards may be questionable (most of them are illegal) I’ve never had any problems and quite often enjoy getting some spicy dry noodles or a meat stuffed pancake on the way to work. 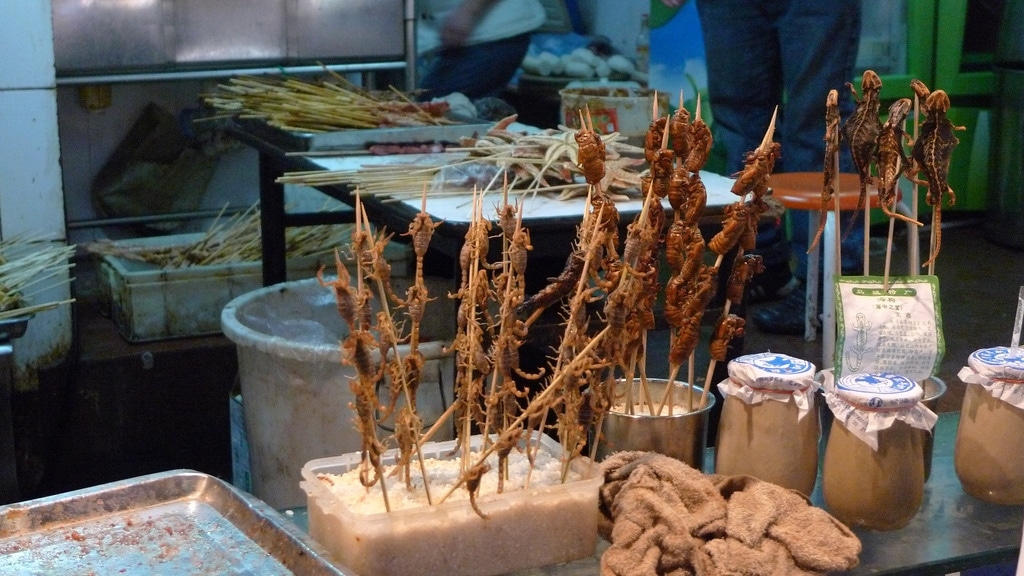 Wangfujing night market (王府井小吃街 in Beijing) has an exotic selection of insects, sea creatures and even scorpions which can be deep fried to order. I have a feeling that most of this is just for the sake of tourists who screech when they see the scorpions twitching on the sticks they have been harpooned on. I didn’t take my parents (who were visiting) here as I thought it might be a little too much for them! 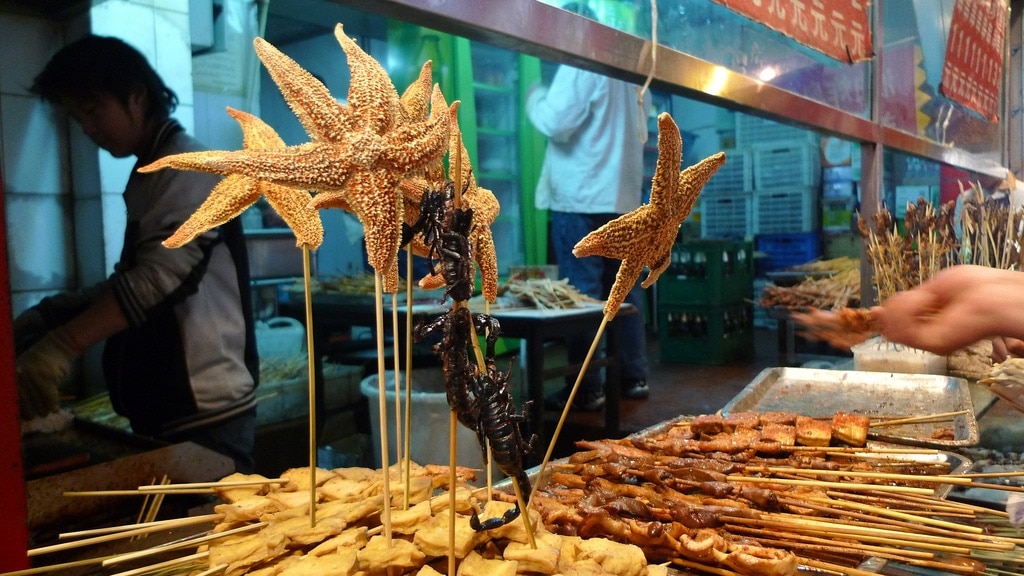 You don’t see a huge number of people actually trying them, myself included, and none of my Chinese friends I asked would dare either. Most people opt for the more typical foods like barbecued kebabs or caramelised fruits. There was also a locally produced yogurt which was very refreshing. I’m curious to know where they get all the scorpions from – do they farm them somewhere? If you’re looking for a more authentic experience then it’s probably best to head into the depths of one of the many, but rapidly deminishing, Hutongs in Beijing where some of the best street food is to be found (minus the creepie crawlies). I’d recommend the area between Xidan and Hepingmen metro stations (west of the opera house) where many small and cheap restaurants can be found.