“The Korean Demilitarized Zone is a strip of land running across the Korean Peninsula that serves as a buffer zone between North and South Korea. The DMZ cuts the Korean Peninsula roughly in half, crossing the 38th parallel on an acute angle, with the west end of the DMZ lying south of the parallel and the east end lying north of it. It is 248km/155 miles long and approximately 4km/2.5 miles wide, and is the most heavily armed border in the world.” 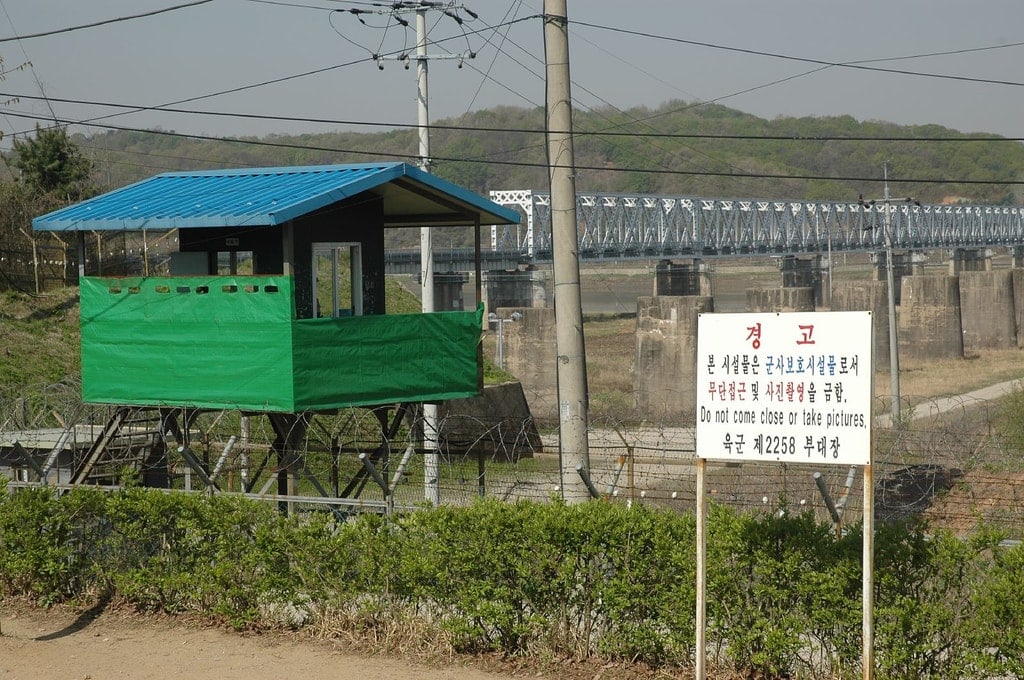 It’s also one of South Korea’s biggest tourist attractions, or as our guide put it “a gift from the North” when talking about the 3rd Infiltration Tunnel we were about to visit! The tour I was on was fairly well orchestrated with plenty of reunification propaganda and troops with scarily real weapons. There are reportedly over 1 million troops on either side of the divide and South Korean men must do at least 2 years military service when they finish school. 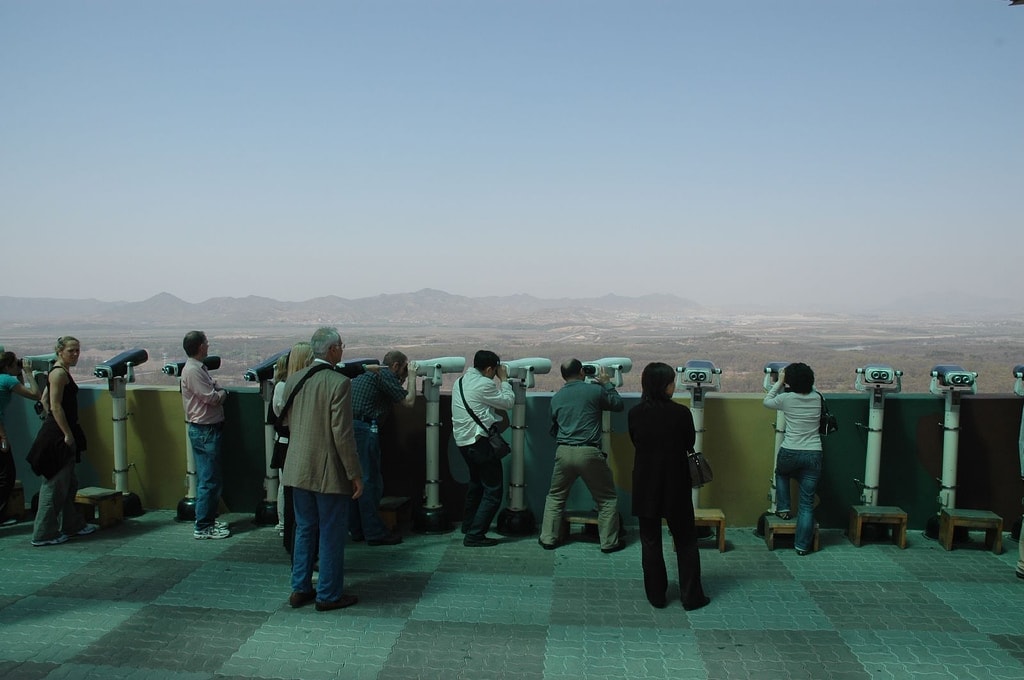 I’ve been in trouble before for taking photos in places I perhaps shouldn’t but this time things went a step further when I was ordered to delete photos taken from edge of the observation platform (see above). For some reason it was fine to take photos 10 feet back behind a line but not directly where people were looking through magnified telescopes! Still, considering the possible consequences I complied without argument this time and those photos of a fairly featureless mountain range are no more… 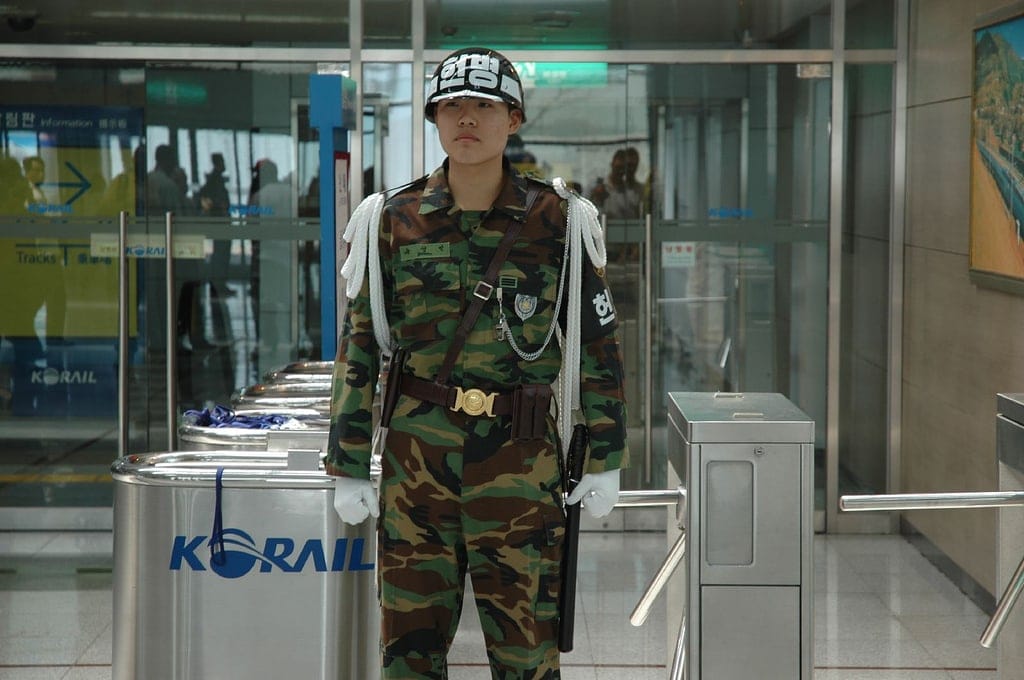 One of the rather absurd stops on the tour was Dorasan Station – an almost new railway station located just before the boarder on a recently repaired rail link between north & south… only no trains ever pass through it. This would be my definition of optimism! Eventually trains from here will travel all the way to Pyeongyang (the capital of North Korea) but I wouldn’t hang around for a train any time soon!

Update (18/05): Well, I can eat my words on this one – yesterday two trains, one from the north and one from the south, crossed the boarder each carrying 150 invited guests. However, it was a largely symbolic event and probably a one-off for the time being.

I’d throughly recommend taking a tour to the DMZ if you’re ever in Korea, it was fascinating to see the conflict stalemate up-close and all it’s associated propaganda (on both sides). If you take a morning tour be prepared for an early start though – the bus leaves at 8am!