Since it’s unveiling in July, the logo for the 2020 Tokyo Olympics and its designer Kenjiro Sano, have been mired in controversy amid accusations of plagiarism and a decidedly tepid reaction from the public.

Whilst Mr. Sano denies the claims, it appears that whoever put together the mockups highlighting how the emblem might be used in public settings around Tokyo also decided to take some liberties with others work – most notably mine! 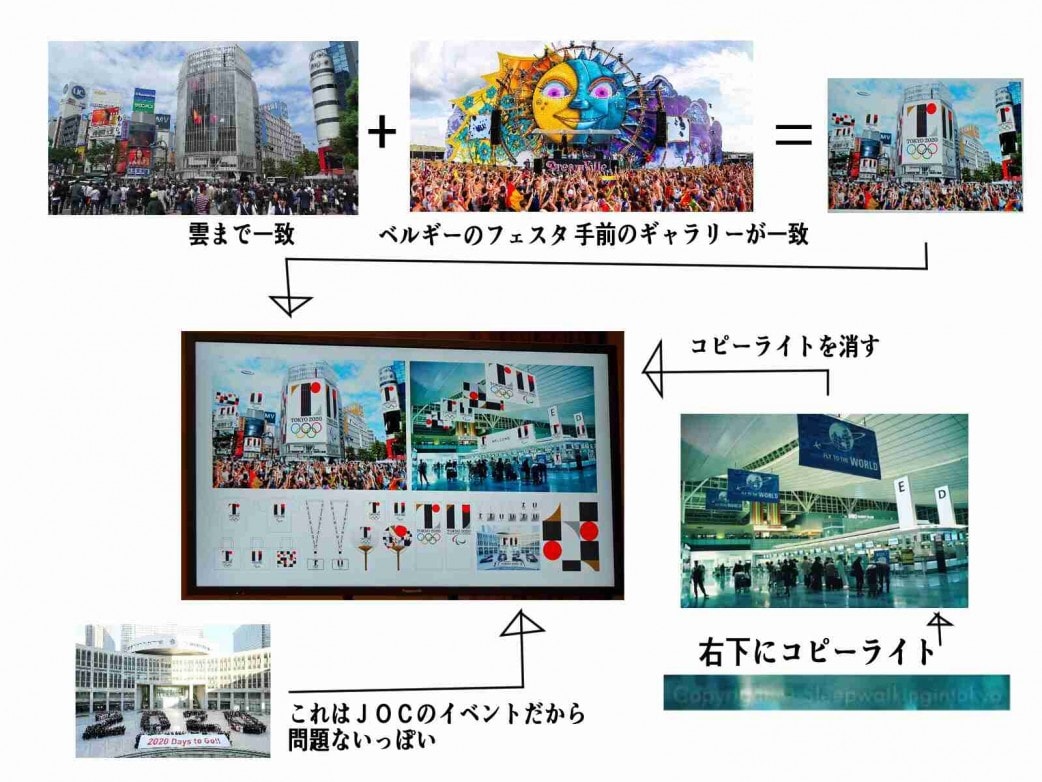 The graphic above was emailed to me by a “concerned citizen” who somehow managed find out that the background photo used for the composite illustration of Shibuya came from a blog post I wrote a number of years ago.

Whilst it’s very cool to see one of my photos being used in this way it would have been nice if they’d at least asked.

Note: I provide all my photos on Flickr under a Creative Commons license, but they’re only for non-commercial use and must be attributed.

It’s just been announced the emblem, designed by Kenjiro Sano, has been dropped amid the plagiarism claims. Many media organisations have been asking for my comment so in order to save some time below are some FAQs:

1. Did anybody from Mr. Sano’s office “Mr_Design” ask for permission to use your photos?
No

2. If you could prove Mr. Sano’s plagiarism, would you file a law suit against him?
No

3. How do you feel about his behaviour towards design and copyright?
It seems that Mr. Sano’s staff were careless about asking for permission to use other people’s work which isn’t very professional, especially given the high-profile nature of the project.

4. What do you think about the decision that the organising committee made?
I think this situation has been blown out of proportion. I liked Mr. Sano’s design for the Tokyo 2020 olympic emblem so I’m sad to hear that it’s been dropped.