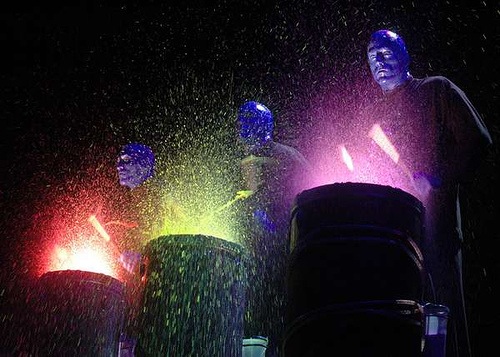 The Blue Man Group is nothing new, having been formed in the 1980’s in New York, and on one level could be taken as a satire on modern life, however some critics are not so kind – “what was once an edgy critique of contemporary art and society, as seen through the baffled, innocent eyes of a trio of mute (and mutating) alien figures, is now a piece of consumerist culture itself“. They have a valid point but it’s still an extremely uplifting euphoric experience and if you come out smiling then I guess that’s the main thing!