If you’ve never tried Korean food then you’re missing out big time. While kimchi may not be everyone’s dish-of-fermented-cabbage there’s oh so much more to try and among my favourite dishes is Bibimbap – literally meaning “mixed rice”. It just so happens that bibimbap originates from Jeonju so while I was there I tried the original…

When ordered in a restaurant it usually comes with a variety of side dishes, most of which are also vegetable based so makes for a very healthy meal. It’s also available in a hot stone bowl (돌솥 – dolsot), which slowly cooks the egg as you stir the ingredients together. If it gets too spicy for you then you can cool your tongue with the accompanying bean-sprout soup.

The characteristic thing about Jeonju bibimbap is that it comes with Korean beef tartar (육회 – Yukhoe), Hwang Po Mook (a yellow jelly made from mung beans) and raw egg yolk (most other regions in Korea serve it with a fried egg). In addition to this, the rice used for bibimbap in Jeonju is cooked in beef broth rather than plain water so it looks and tastes better. 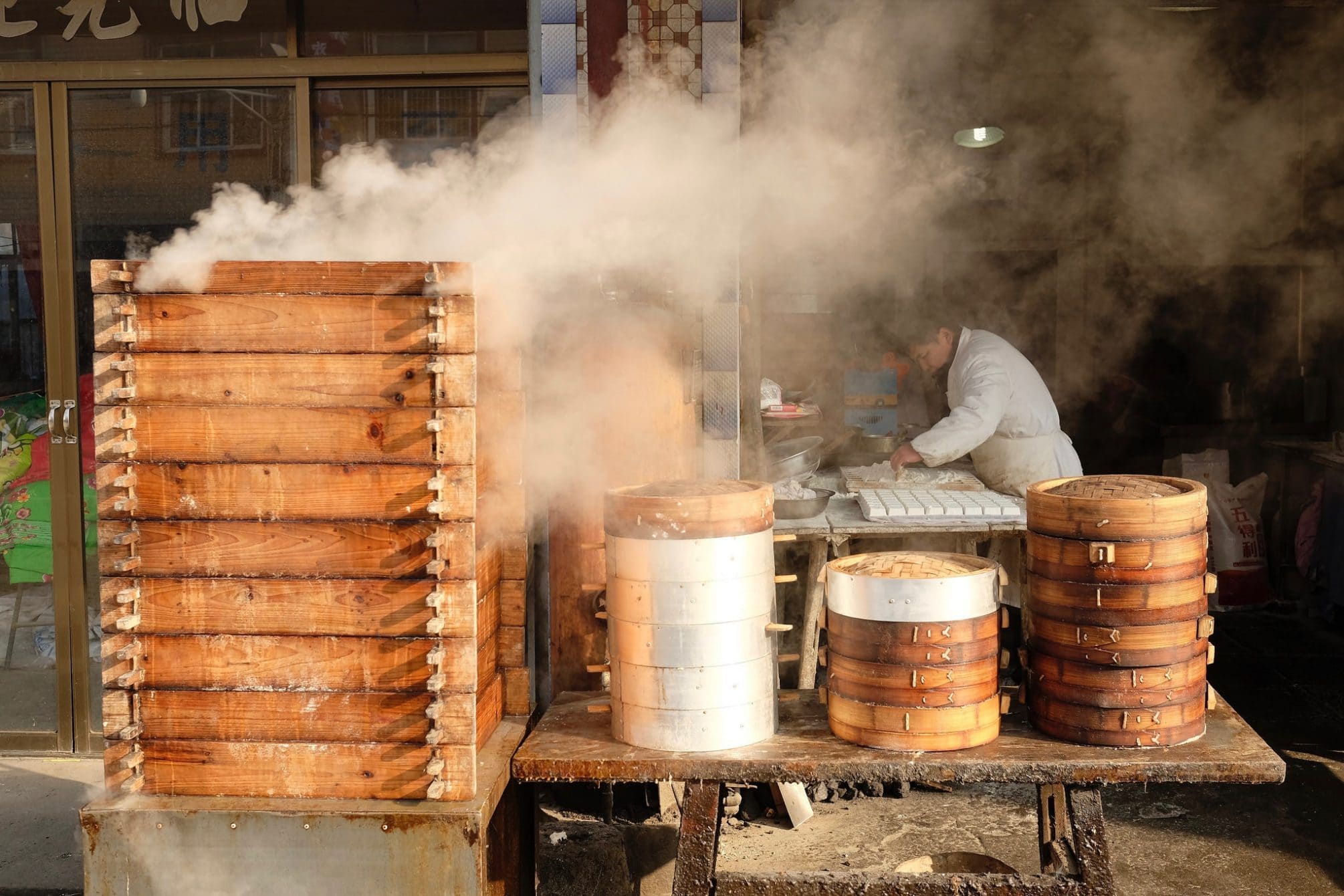