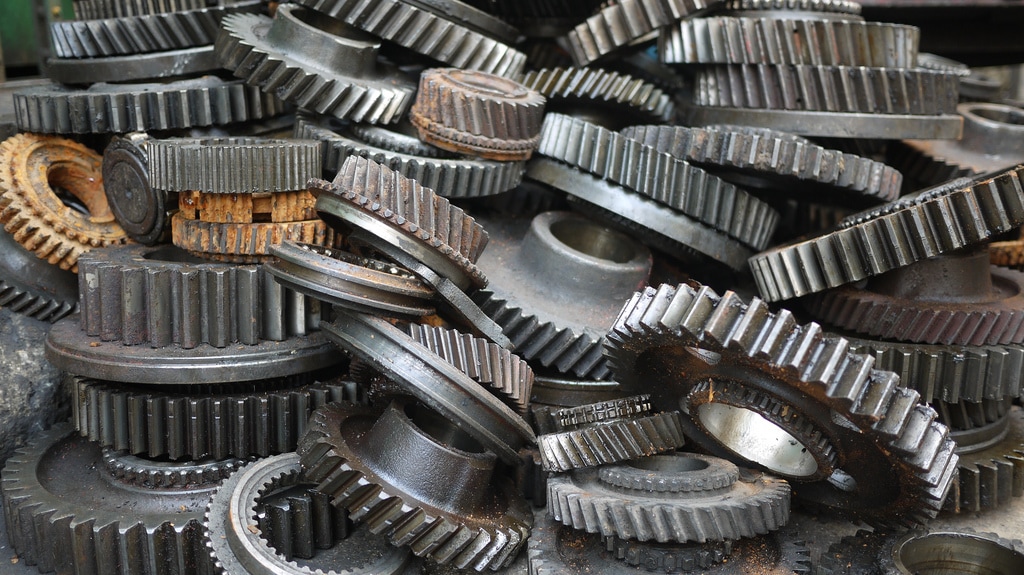 After being forced to rub shoulders with much of Bangkok’s tourist population the previous day I decided to change tracks and headed to the multicultural district of Yaowarat and Phahurat (เยาวราชและพาหุรัด) which is home to sizeable Chinese and Indian communities. Filled with narrow alleyways and street markets, what the neighbourhoods lack in grandiose attractions, is made up for with local character aplenty. 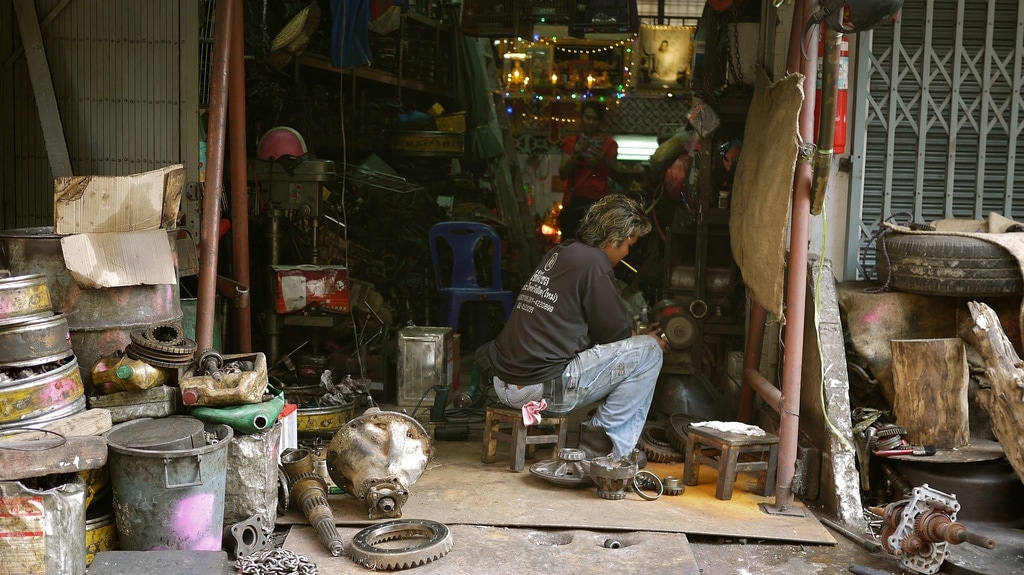 The district is easily accessible by taking the Chao Phraya Express Boat to Si Phraya Pier (N3) whereupon heading left will bring you straight into a warren of small lanes containing the Sieng Kong Zone – the oldest car spare part market in Bangkok. Many Chinese work in garages here and repair cars on the streets. 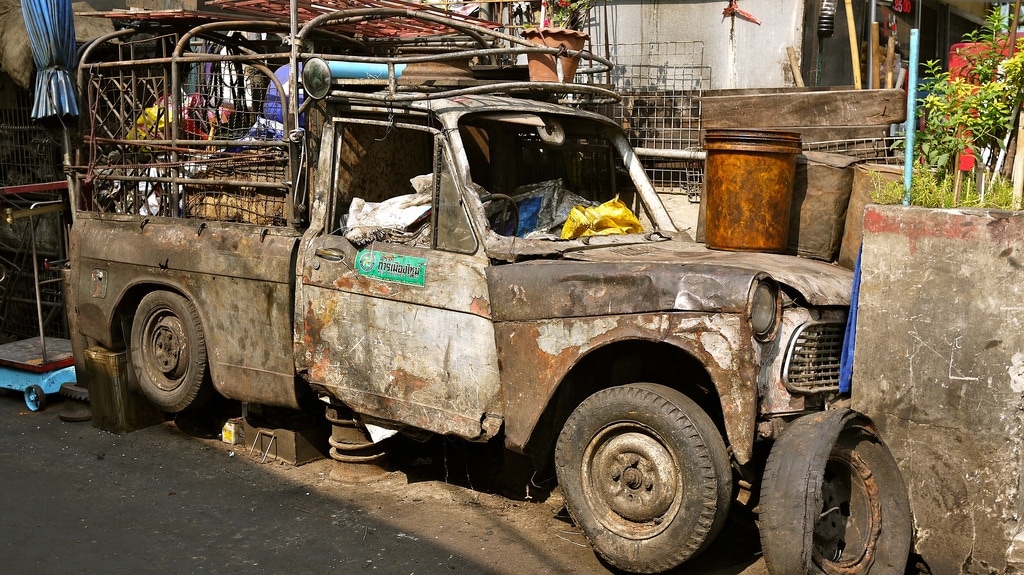 A rusting jeep sits in a corner, propped up on some equally rusty wheel rims. 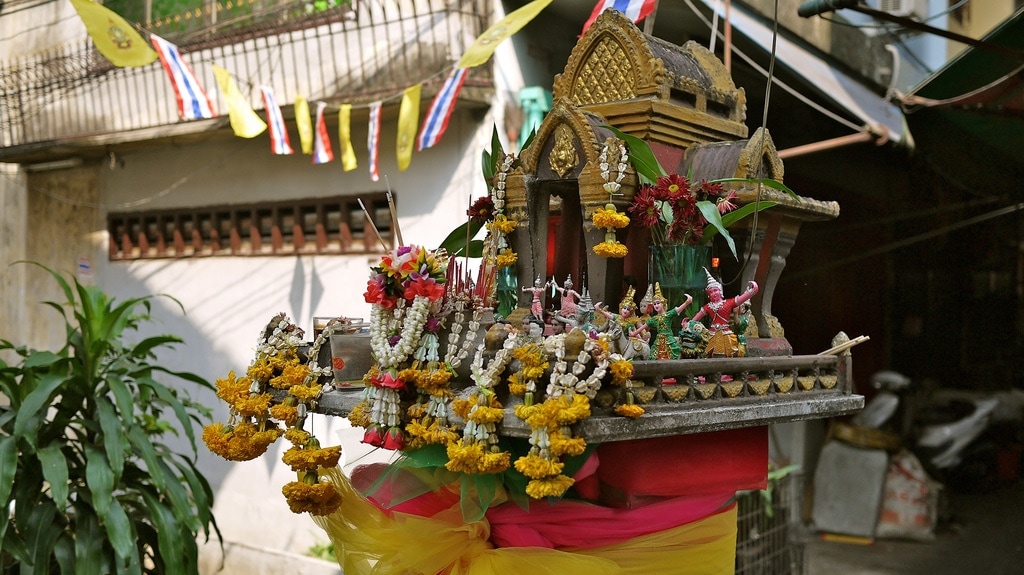 A small shrine adorned with neatly arranged flower pendants and small brightly coloured figurines sits in the middle of an alleyway. 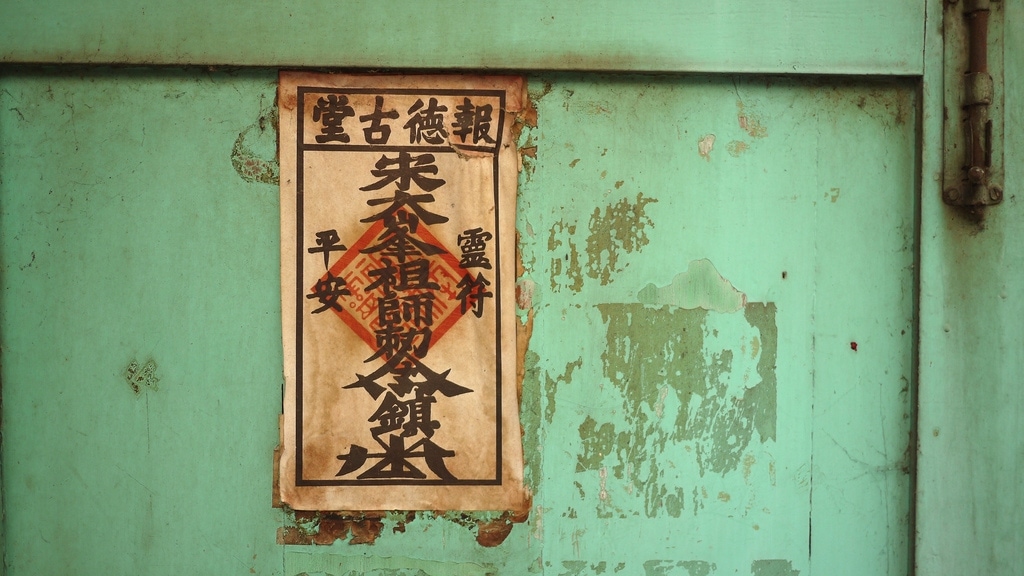 Small posters conveying good fortune can be found stuck to the doors of many houses, especially around the time of Chinese New Year. If you’re lucky you might stumble across Noi Market (ตลาดน้อย) which is so far off the beaten path, you may be hard pressed to find your way out! At the heart of the market a small temple can be found in active use by the local community. 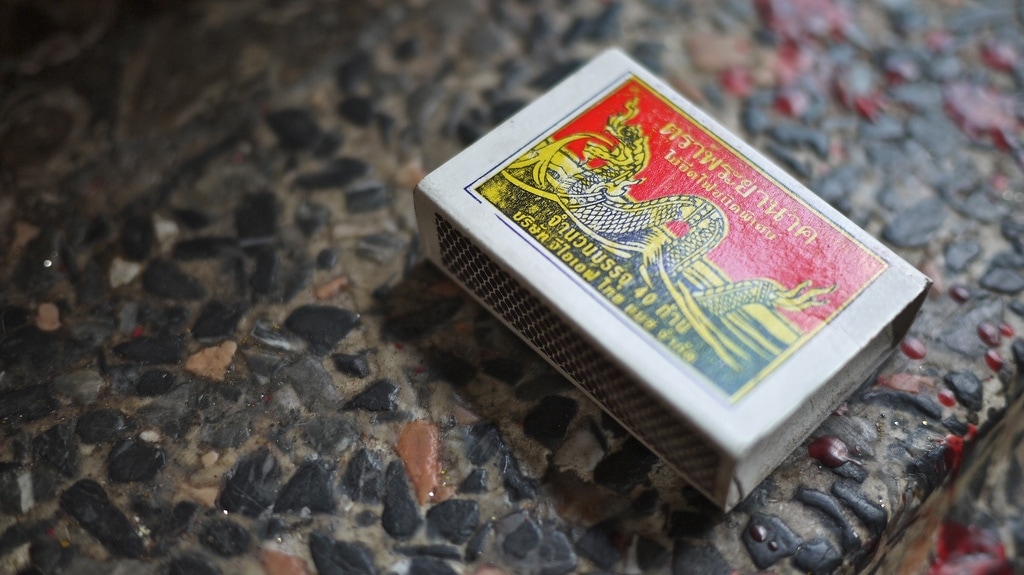 I really liked the dragon motif on this matchbox spewing fire from its mouth. 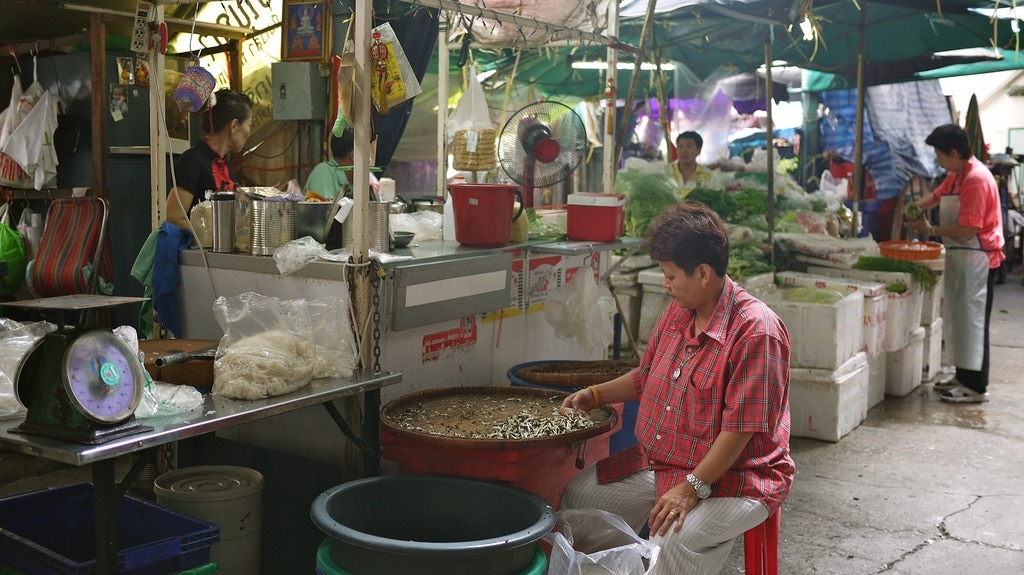 The market sells all manner of Chinese goods and it was a real pleasure to wanter around the sleepy streets soaking in the sights and sounds of how the locals live there. Unlike other areas people seemed far more laid back and relaxed. 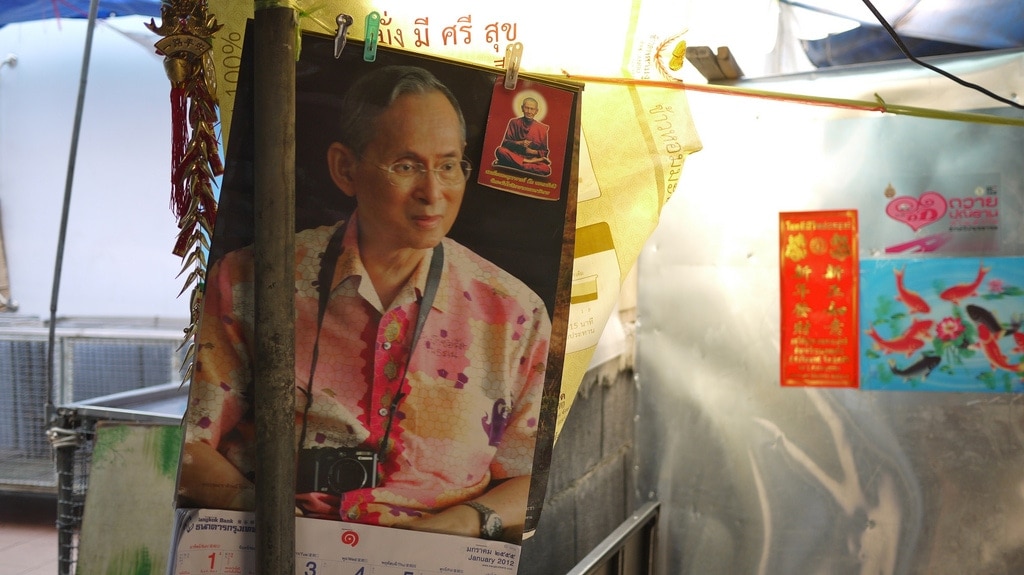 Staring down at you from many corners of Bangkok can be found posters and portraits of King Bhumibol Adulyadej (Rama IX) who is profoundly revered and apparently fond of photography. Lèse majesté laws allow critics of the royal family to be jailed for extended periods. 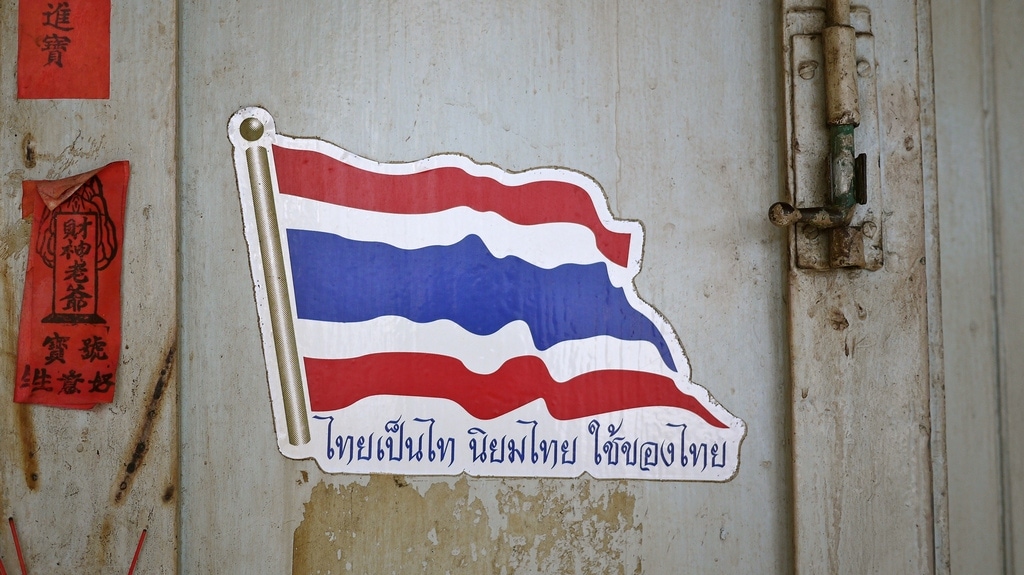 Along with the Kings image, the flag of Thailand is never far away. I’ve always wondered why red, white, and blue and such popular flag colours. 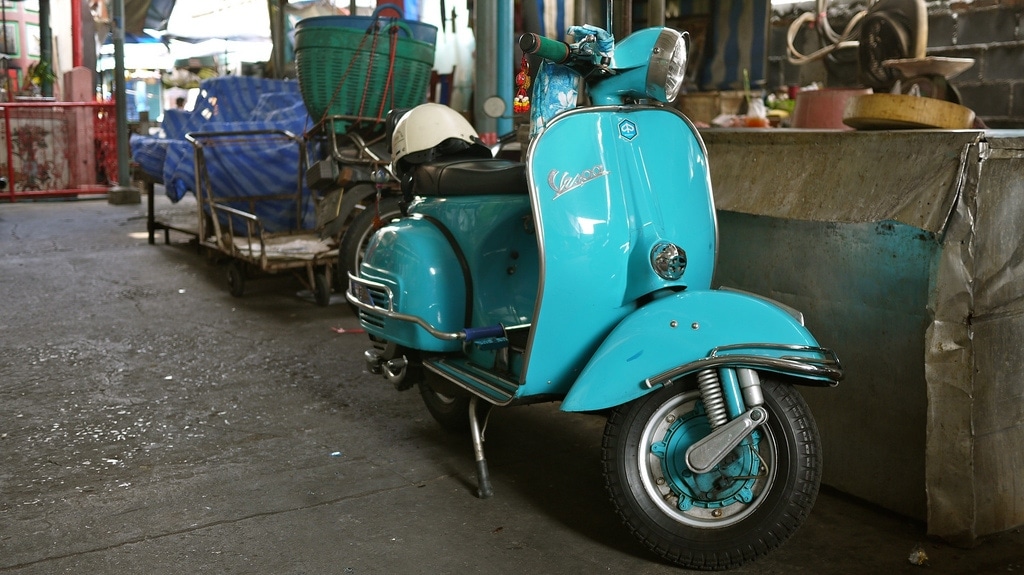 With the city so clearly still in love with its compact modes of transport, it’s no surprised to find an abundance of classic Vespas around each corner. 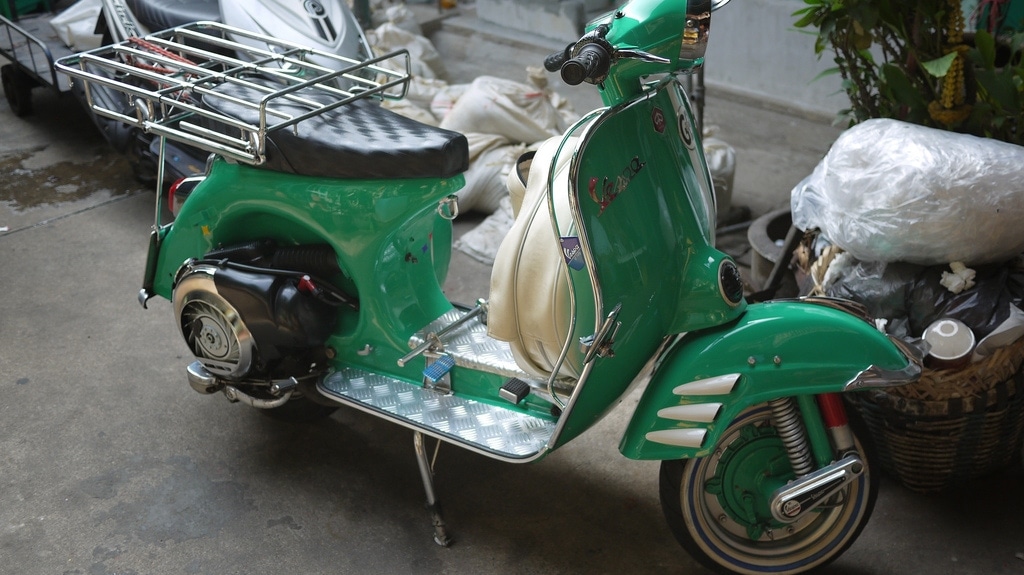 Many seem to be especially well maintained for their age and far from being fashion icons they are apparently preferred for being reliable workhorses: 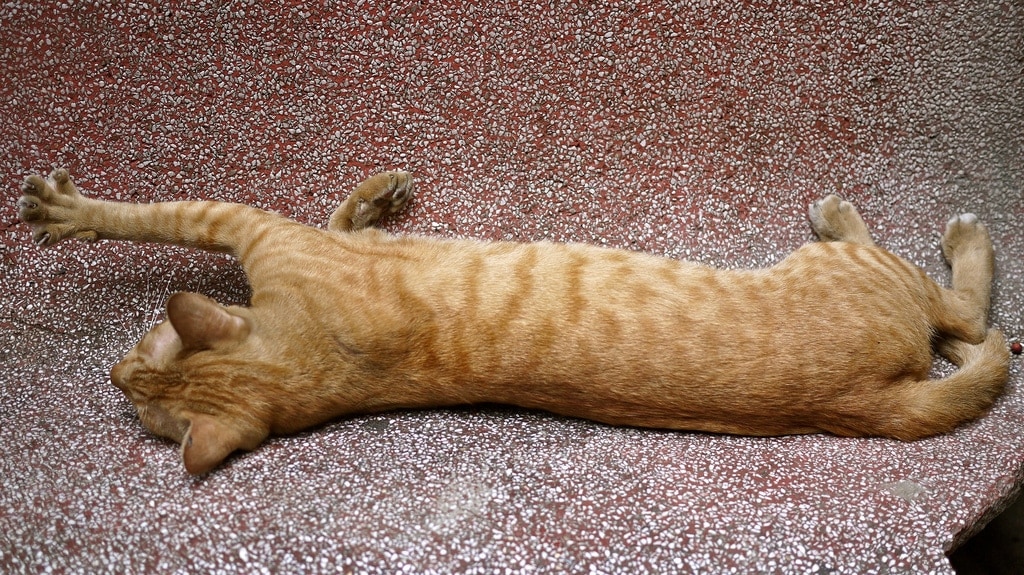 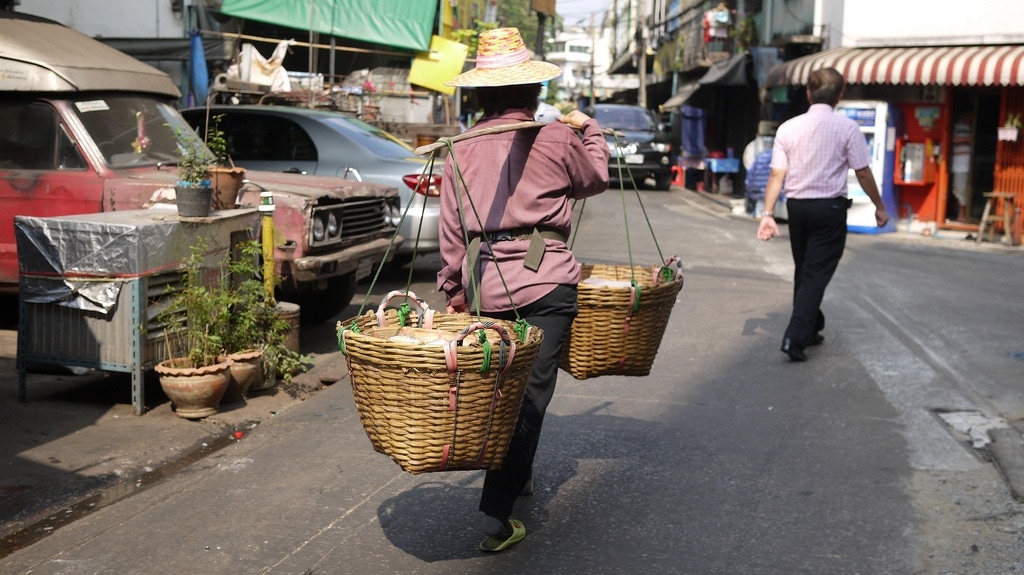 A woman walks along the street balancing two baskets of produce on her shoulder. I brought some tasty pineapple from one of them. 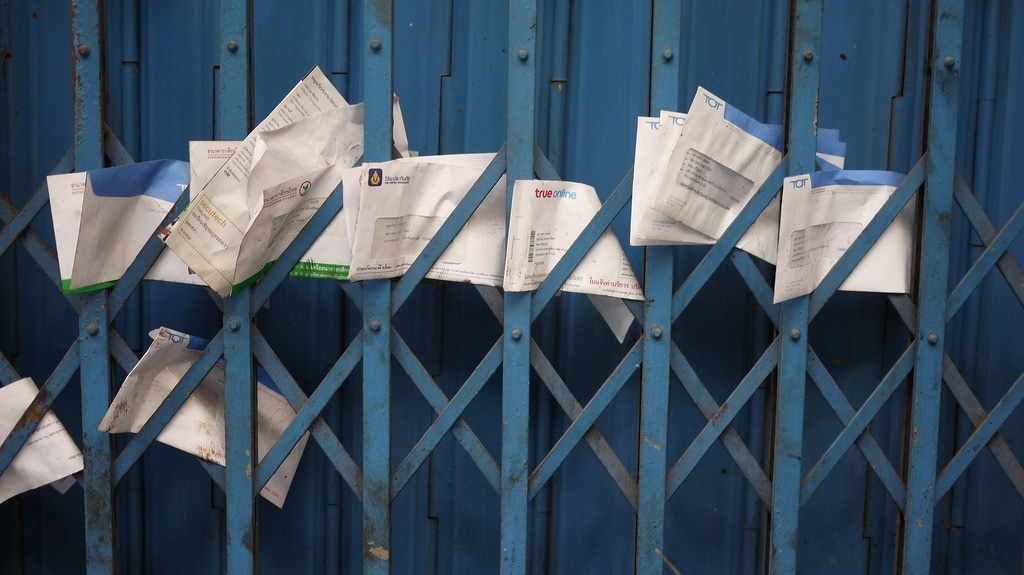 Bills sit unopened and accumulating in a blue metal doorway. 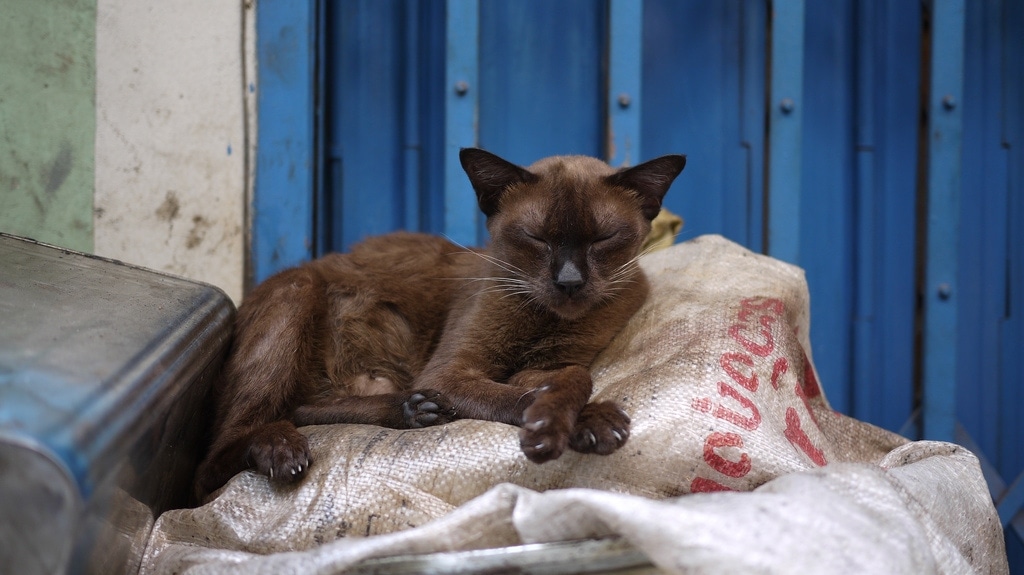 Nearby another sleepy cat patiently lies in wait of who knows what. 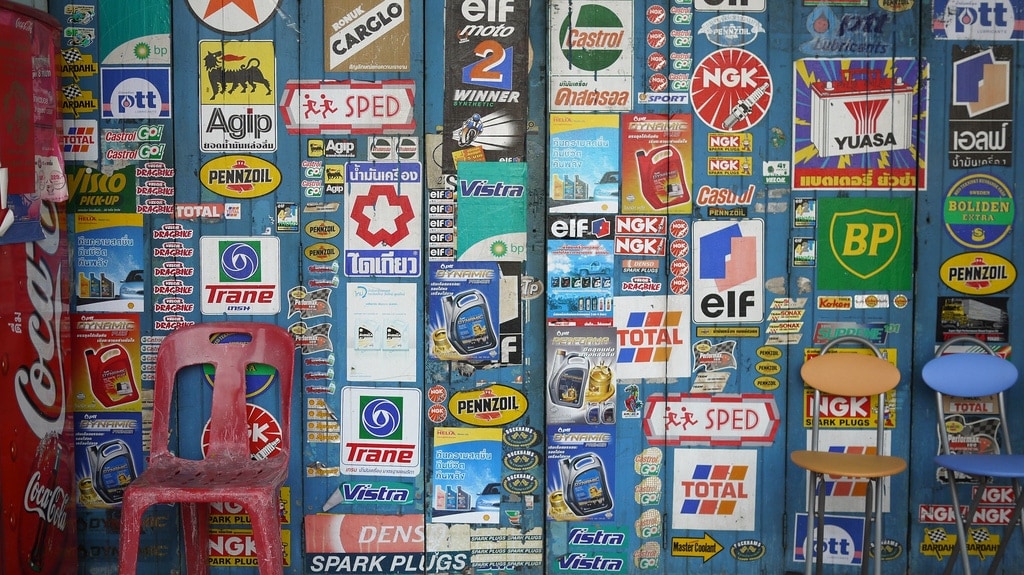 Another automotive shop has turned its door into a wall of brands – many familiar, some foreign. 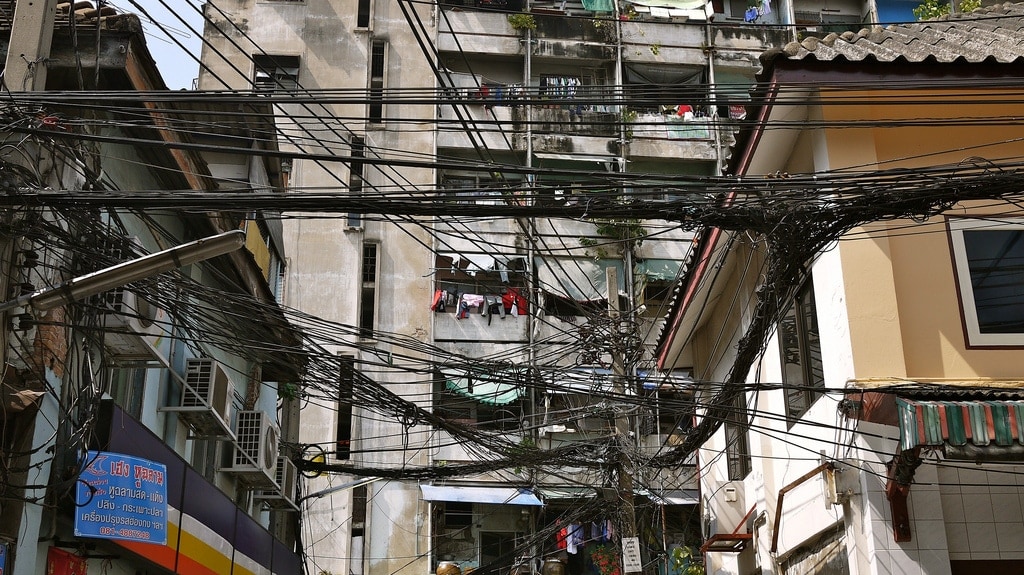 Tightly knotted and tangled, the telephone wiring in Bangkok is suspended haphazardly between concrete posts, unlike I’ve ever seen before. Being a maintenance technician here must be a nightmare! 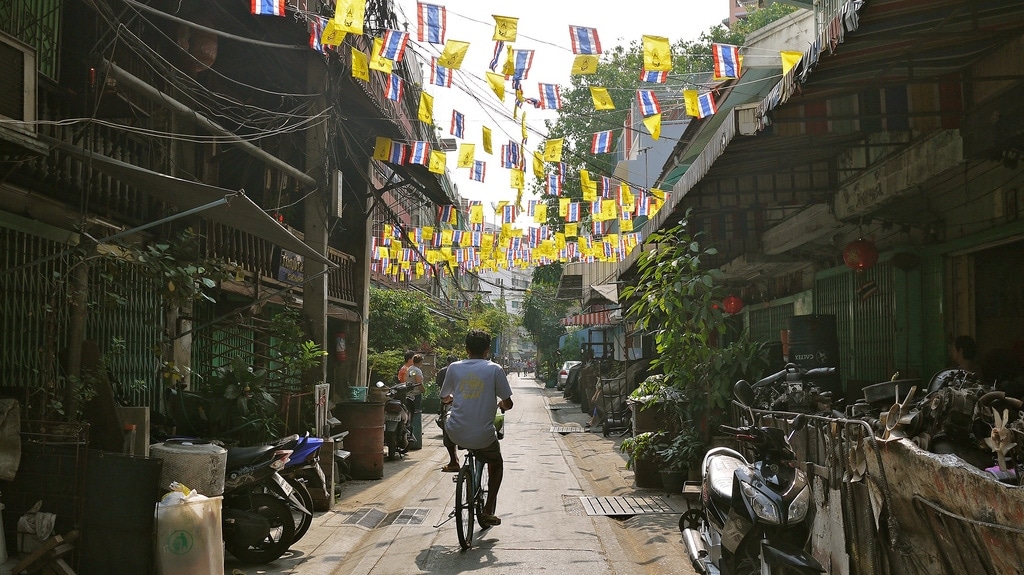 We’ll continue the journey into Chinatown in the next post.