I don’t usually go in for comedy anime series but Azumanga Daioh would have to be the exception – it’s about as random as it gets with absolutely no story line, and a bunch of characters so psychotically crazy that you wonder at times just what on earth you are actually watching?! It’s an episodic series which follows the fortunes of seven girls, two teachers (and one dog) through the three years of high school. It focuses on every day events, which might sound a bit boring at first but actually it’s hilarious. All the characters have their own quirks which play heavily in each episode – I especially like Osaka’s wacky daydreams which are just way off the scale of normality! 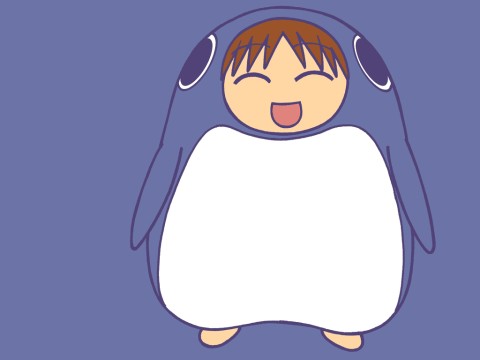 Each episode is rather short at around five minutes long (so if you have the attention span of a fish then this is definitely for you!). The animation itself is simple but effective with vibrant colours and a pretty cool soundtrack. In a word its fun without trying to be anything other than this – definitely one to watch on a gray day 🙂