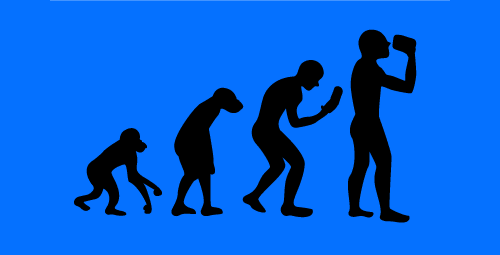 If you like cool technology that looks like it could have come from the future then this is for you. Augmented Reality (AR) uses the combination of real-world and computer-generated data to blend computer graphic objects into real-time footage. The best way to understand this is to take a look at a few examples:

The acrossair iPhone app overlays directions to the nearest subway station on live video using GPS and compass data to guide you. Forget boring 2D tube maps but just be careful you don’t trip down the escalator while using this! There’s also a version availiable for the London Underground.

This ingenious concept shows how a business card has been designed with a symbol printed on one side which can be tracked by a camera to spatically overlay a video message (or just about anything else). Make magazine has an article which shows how you can do something like this yourself. If it was combined with QR codes (visual hyperlinks) the applications could be even more interesting (update: looks like someone has already done it). 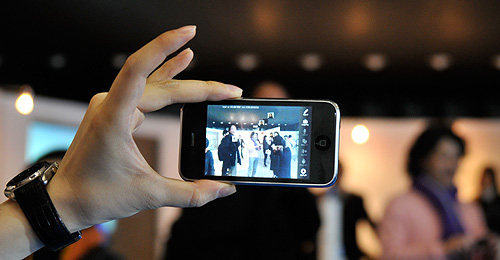 The Sekai Camera iPhone app from Tonchidot in Japan, which first wowed the audience at the TechCrunch50 conference, takes AR to a new level with functionality that allows you to tag and view contextual information about anything in the world through the live camera window. In essense it combines virtual worlds with the real world using the iPhone as a viewer. It’s usage is almost endless and ranges from being able to see product information, to restaurant reviews, directions and notes from your friends but basically anything you can think of.

The video above is worth watching alone for the hillarious presenter answering questions at the end. “Remember look up! Not look down. Please don’t forget imagination!“. I can’t wait to play with this once it’s availiable.

Much of the innovation we’re seeing can be attributed to the combination of a number of key technologies packaged in todays smartphones: video cameras, GPS, digital compass’, accelerometers, touchscreens, and 3G/wifi/bluetooth. One thing which will have to improve is battery life if this becomes popular as currently you’d be out of juice in a couple of hours or less. 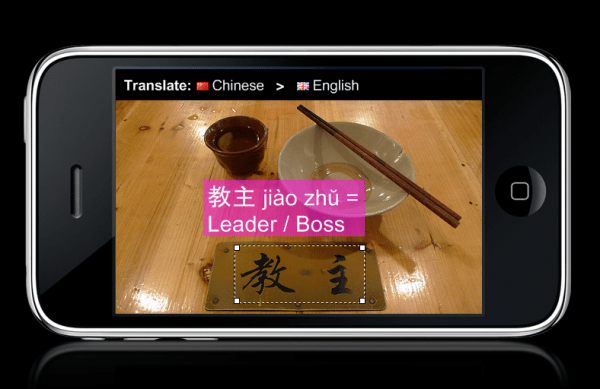 I’d love to see an application where you could point your camera at some text in a foreign language and it would do OCR then auto-translate it into your language. I’ve created a basic mock-up above. There would probably be quite a bit of heavy lifting involved in getting the character recognition working but could be extremely useful. Anyone interested in a collaboration to make this a reality?

Augmented Reality is opening an exciting new world of possibilities which people are only just beginning to realise and explore. The list of current and future applications on Wikipedia are enough to inspire anyone and once the viewing tech is built into your specs we’re only one step away from having a working holodeck (see concept video below)!

This is going to be big (if we don’t all die from information overload first).