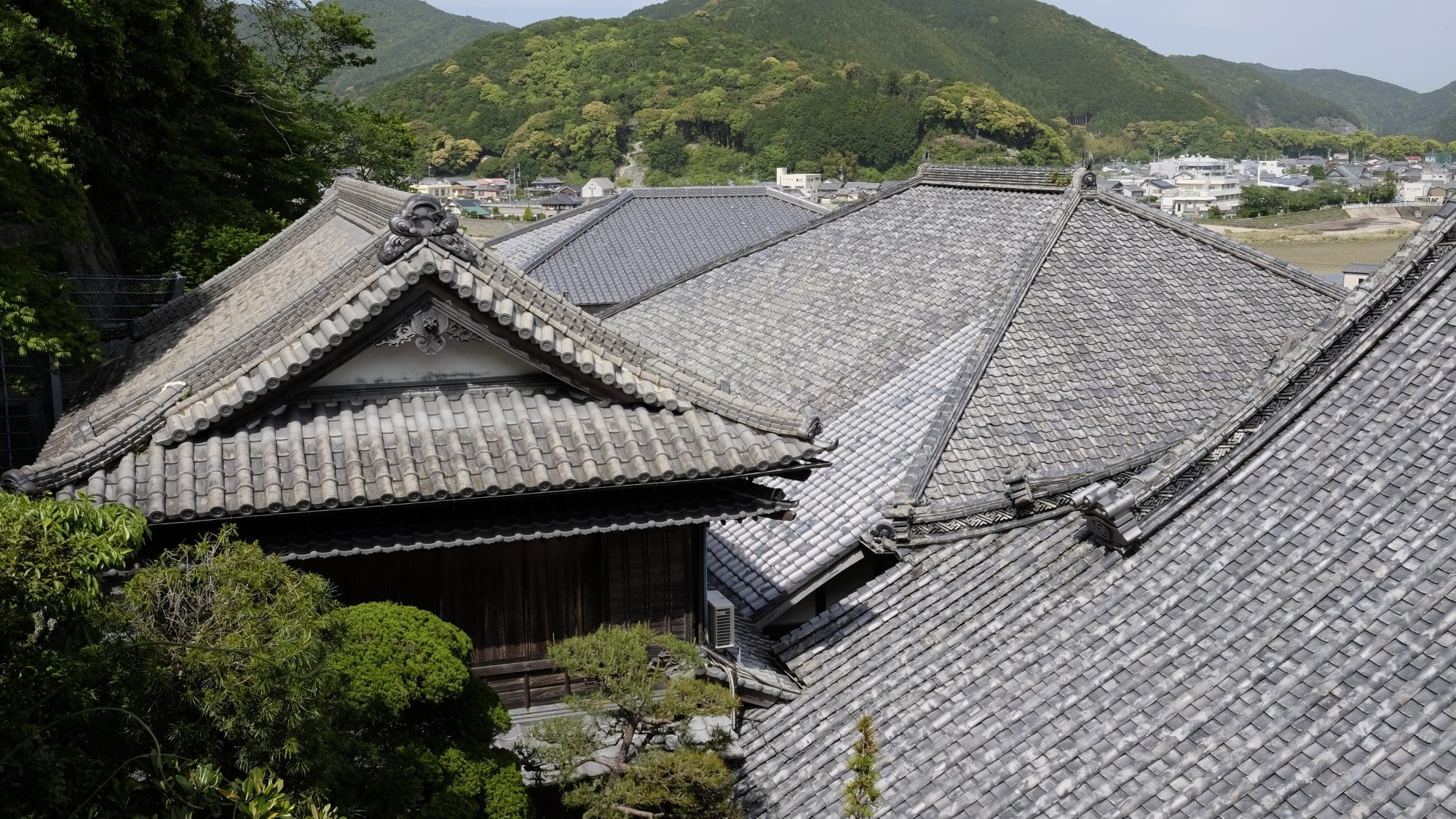 After the 30km double-mountain hike of yesterday, it was hard getting up this morning but I dragged myself out of the futon at 5.30am in order to make the 6am prayer service (Asa Gongyou) at Byōdō-ji (平等寺 – 22) right next door to Sazanka where I was staying. 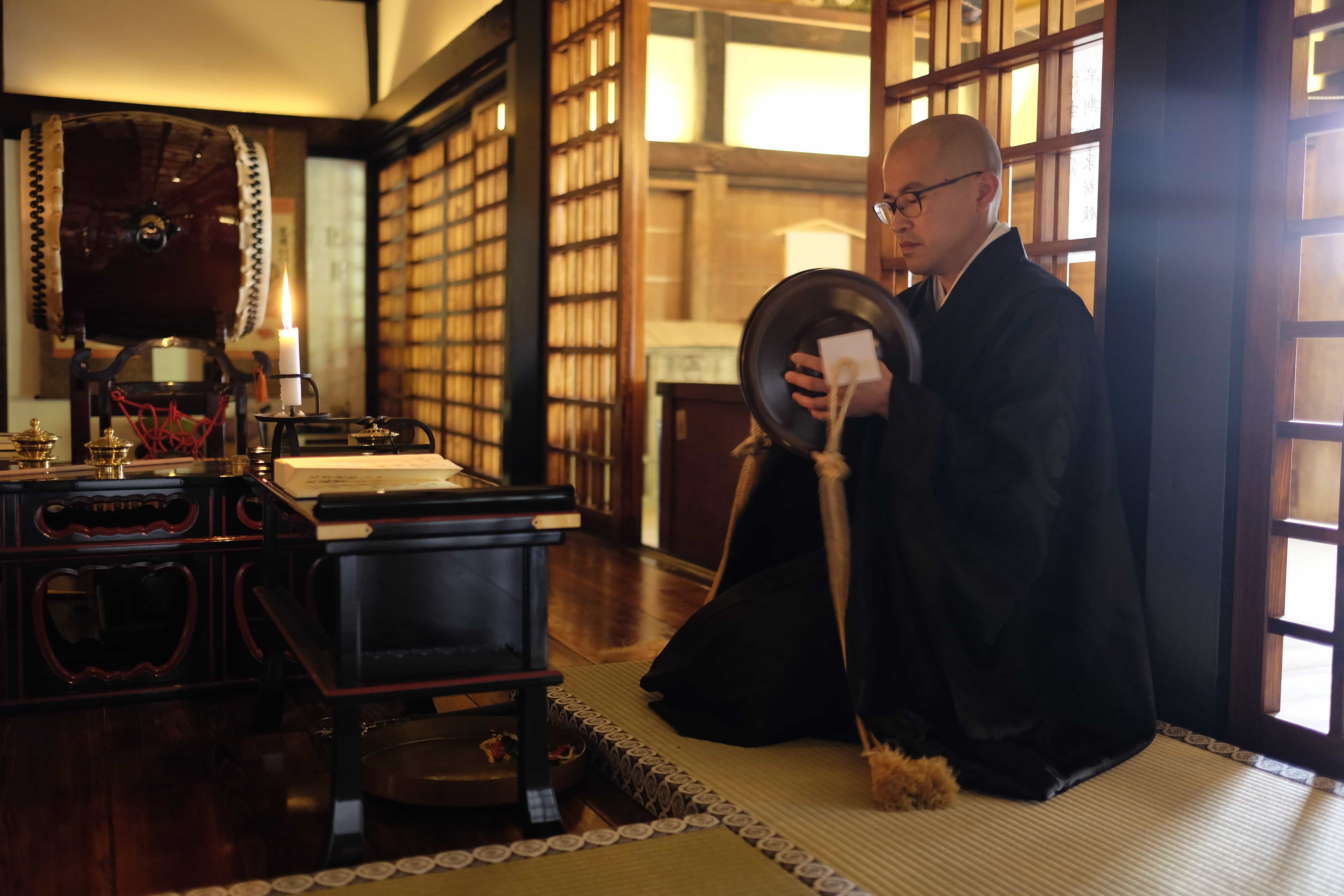 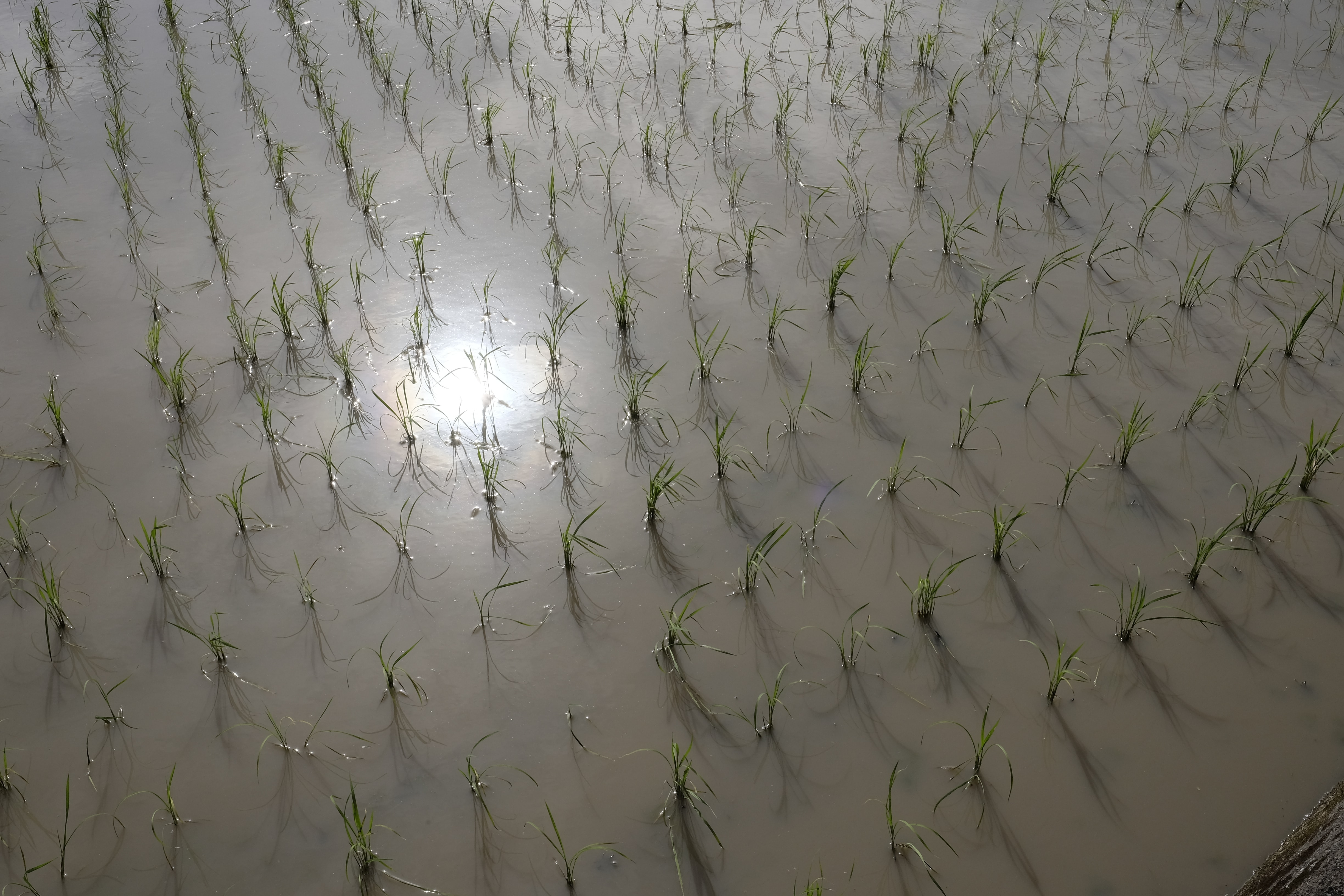 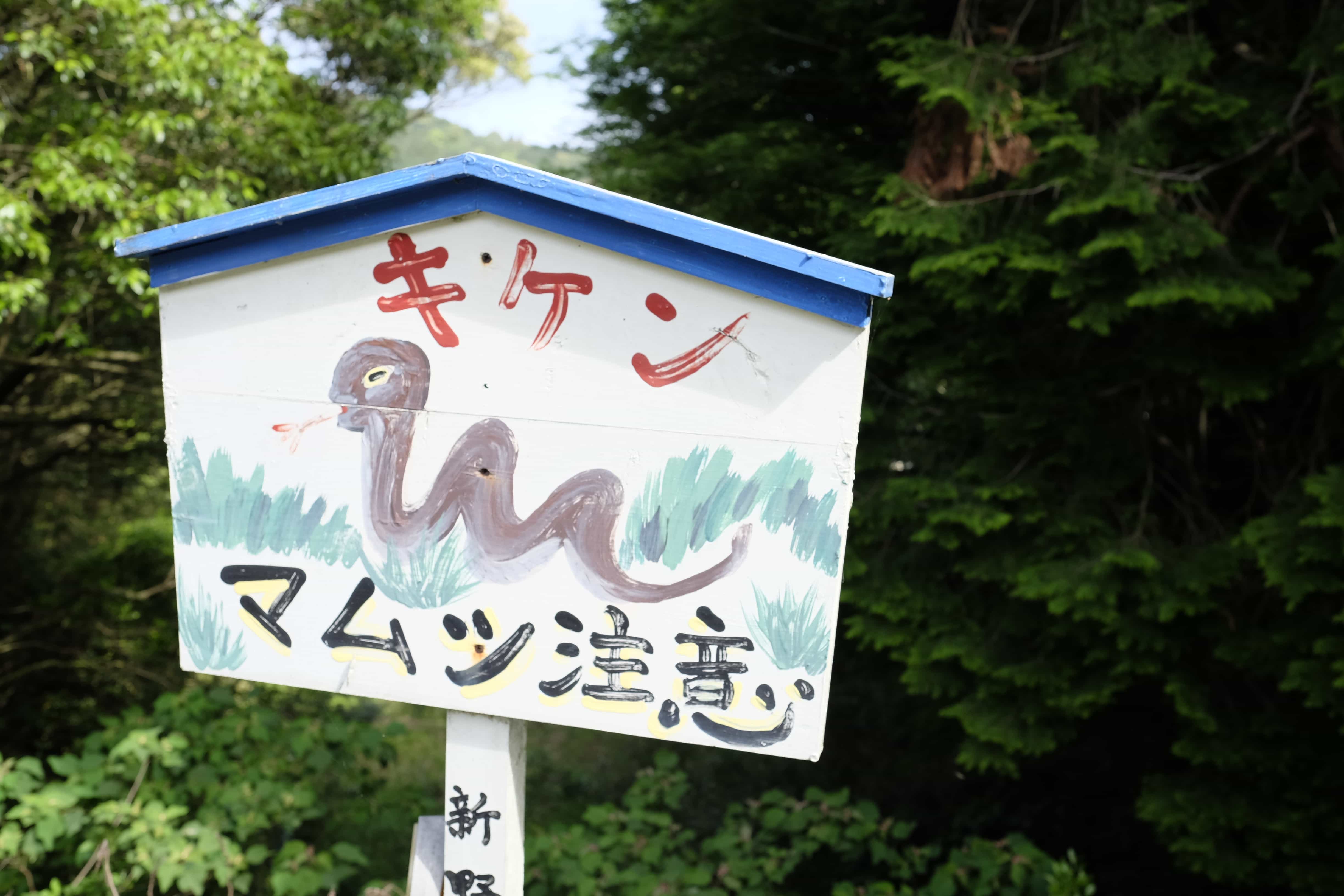 Heading back to Sazanka I had breakfast at 7am before hitting the road just before 8am. Walking through Aratano I noticed a sign warning of snakes. I’ve already seen a couple of small ones but apparently only the big ones are dangerous. Founding the corner of the peninsula I got my first look of Yakuō-ji (薬王寺 – 23) from Ebisu-do rising up from the mountains beyond. With the goal in sight, I quickened my pace for the final 2km. 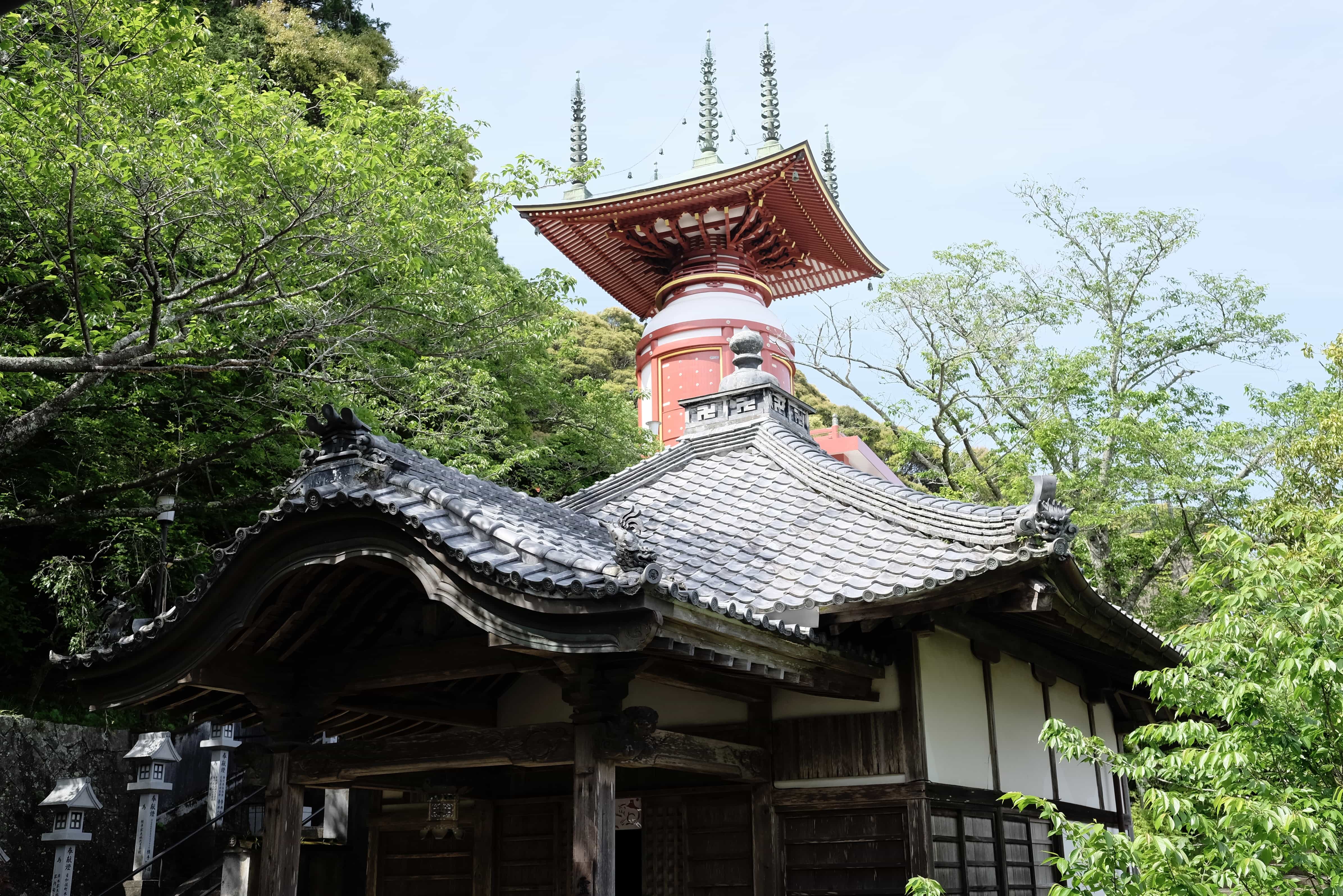 After walking through the small town of Hiwasa I reached Yakuō-ji at 2pm. Set on a number of levels rising up the mountain I didn’t fancy carrying my heavy pack all the way up but luckily the staff in the shop at the bottom let me leave it there. Feeling pretty beat I reached the gaping mouth of Hiwasa Tunnel. I had planned to take the Yokoko Pass to go around it but there had been a landslide and the old henro trail looked none too safe so I decided to take my chances in the tunnel. Luckily a hand rail separated the traffic from walkers.