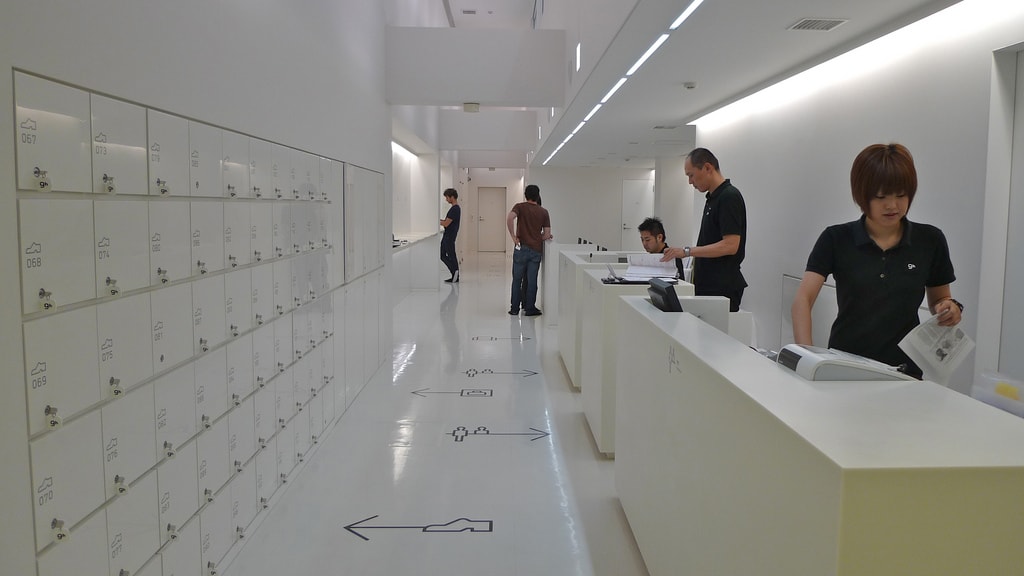 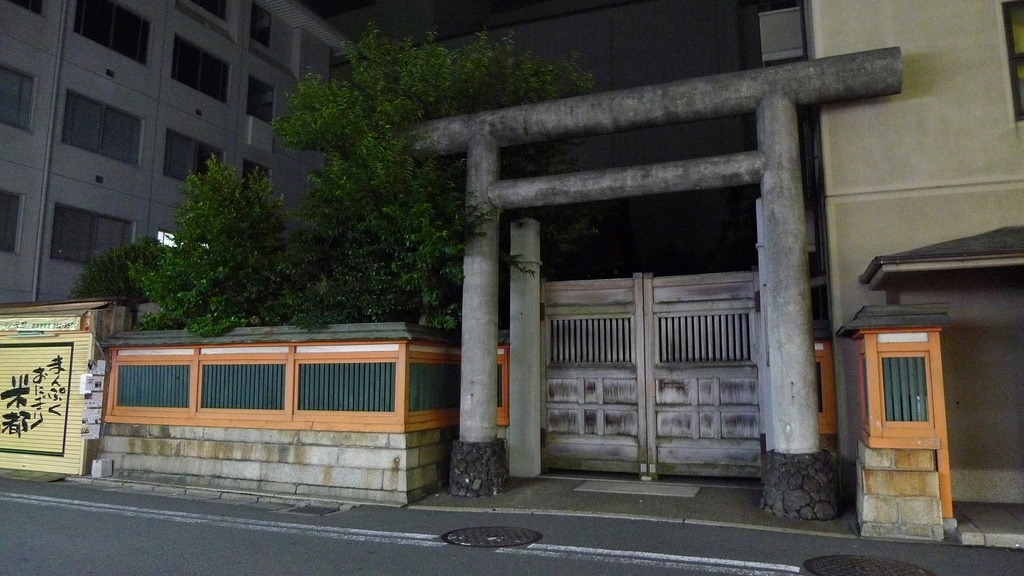 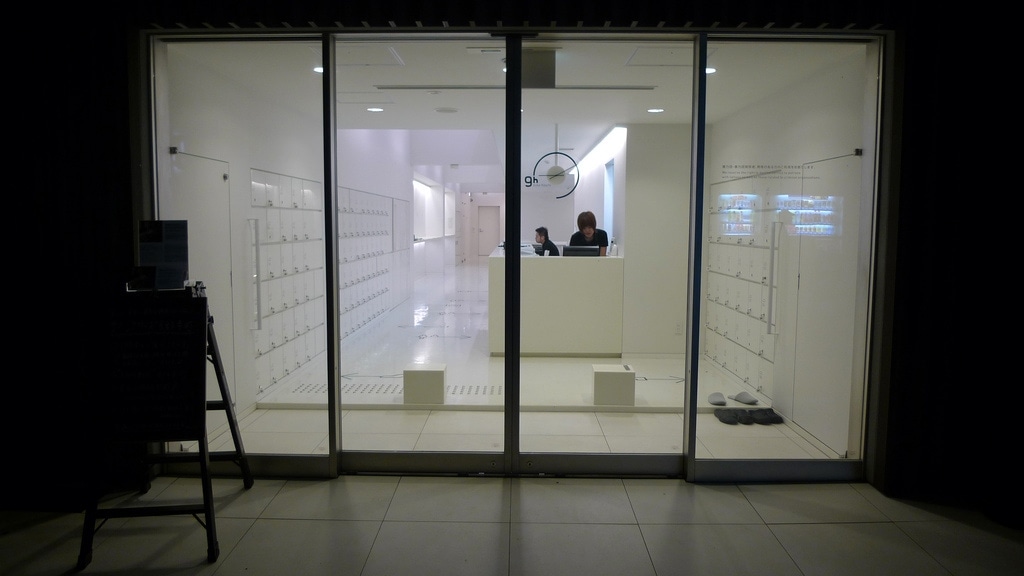 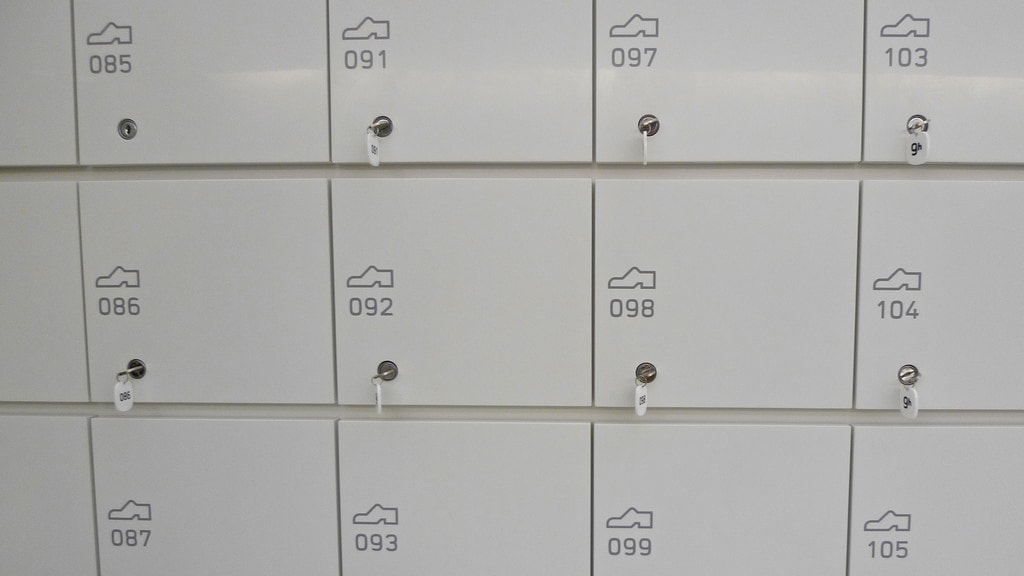 Upon arrival the first thing you do is place your shoes in a numbered locker and give the key to reception while checking-in; I doubt they get many people running off without paying the bill! 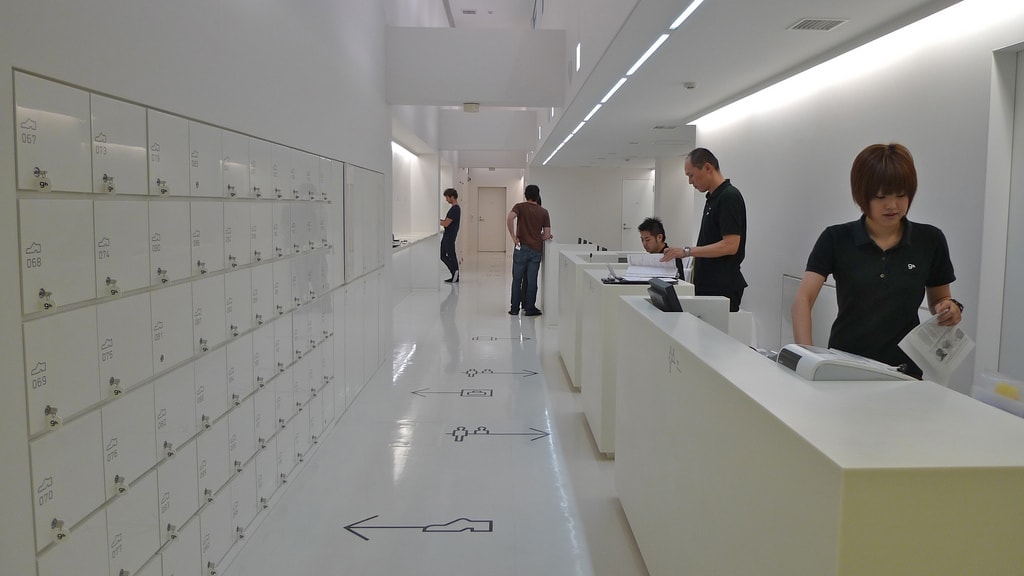 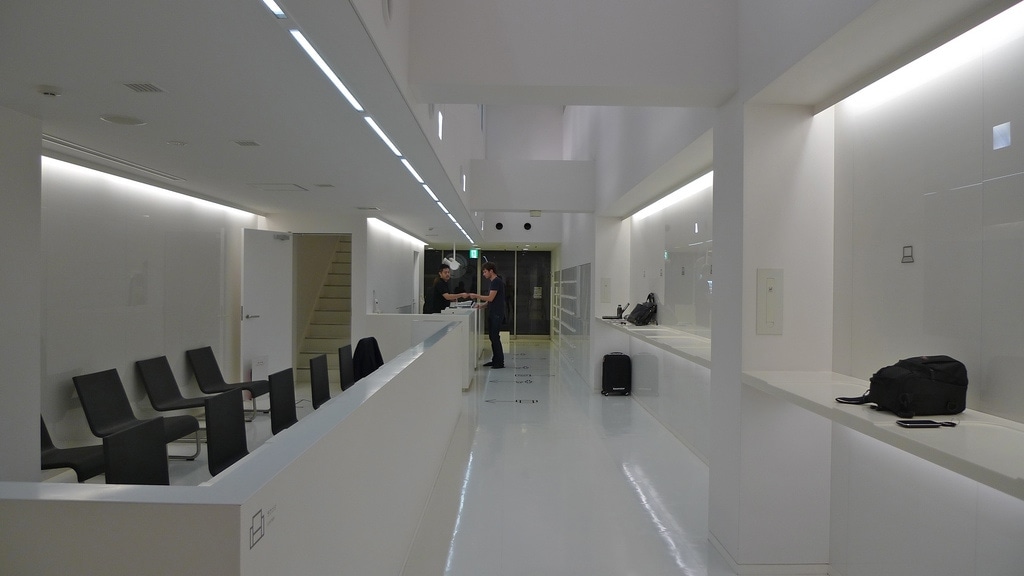 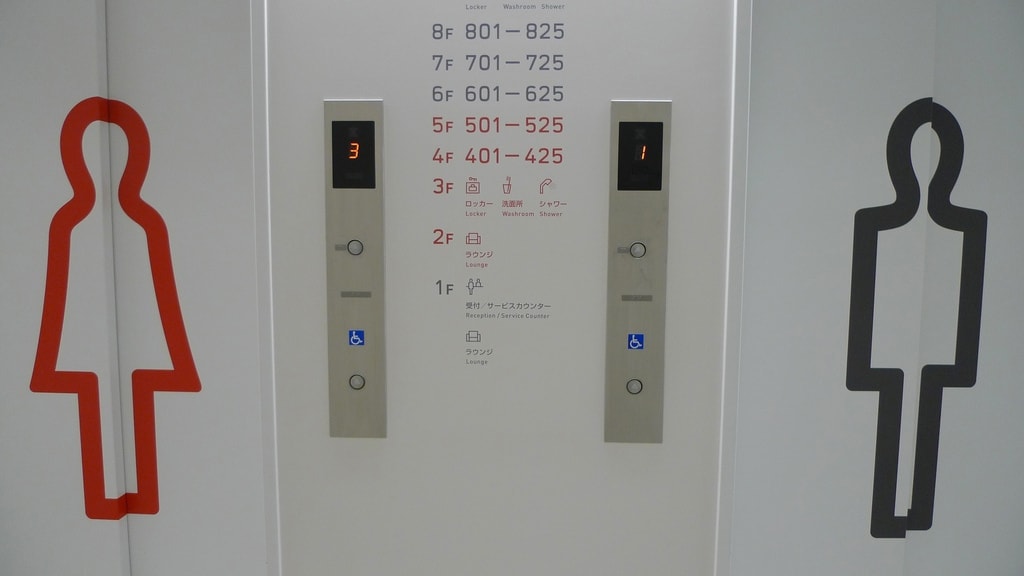 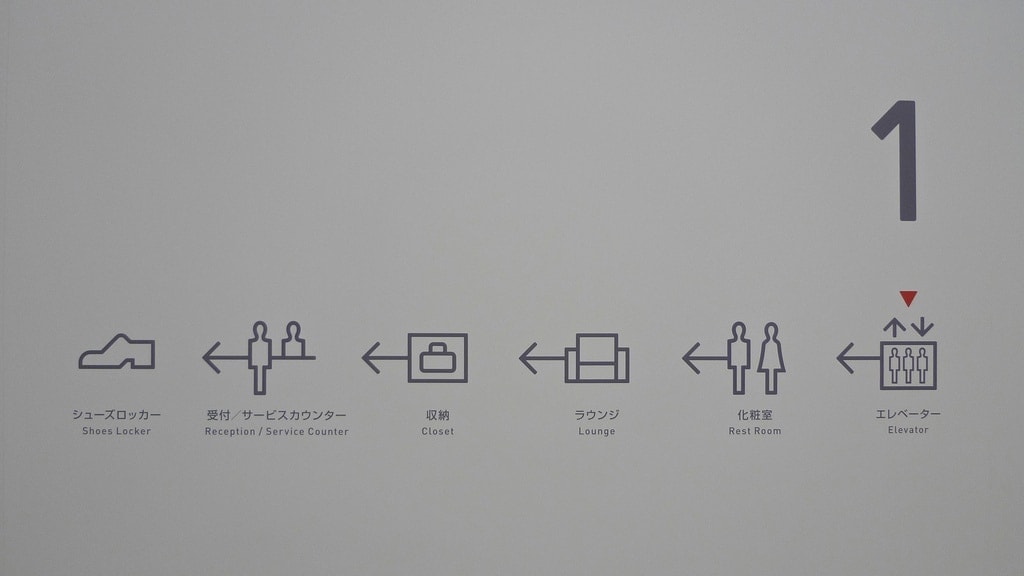 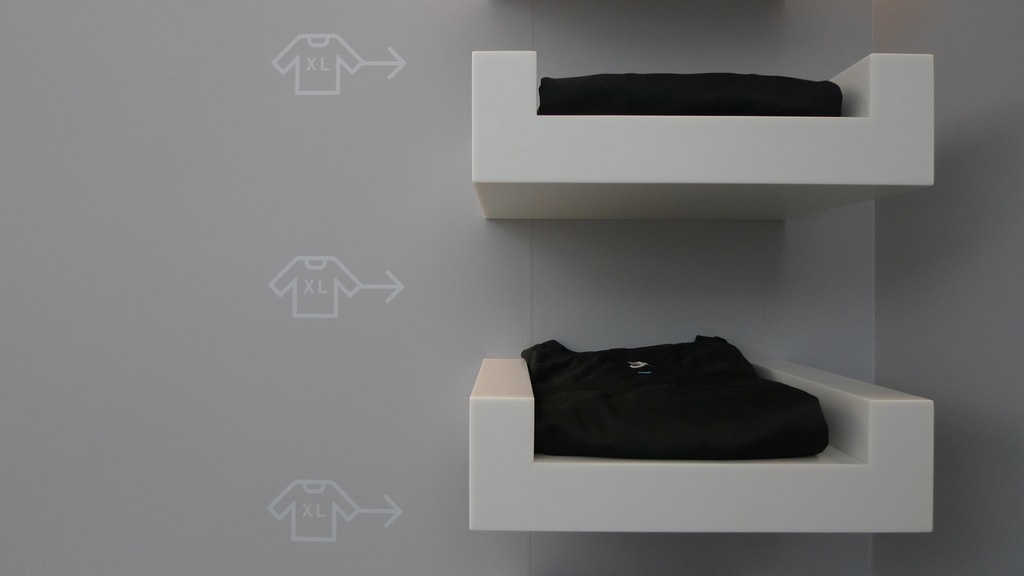 Your next stop is the locker and washroom where you can get changed and shower. All-black sleep wear is provided. 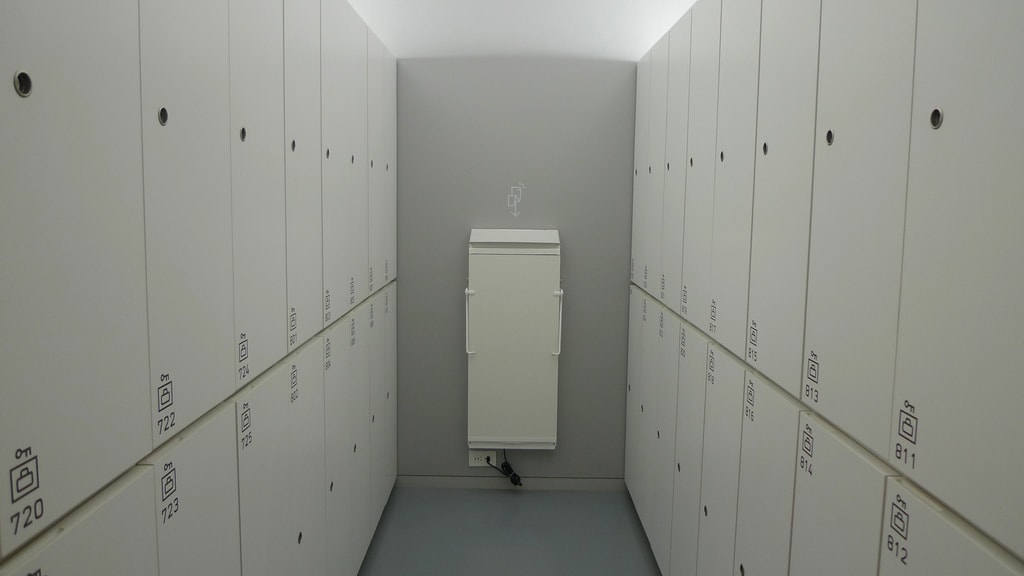 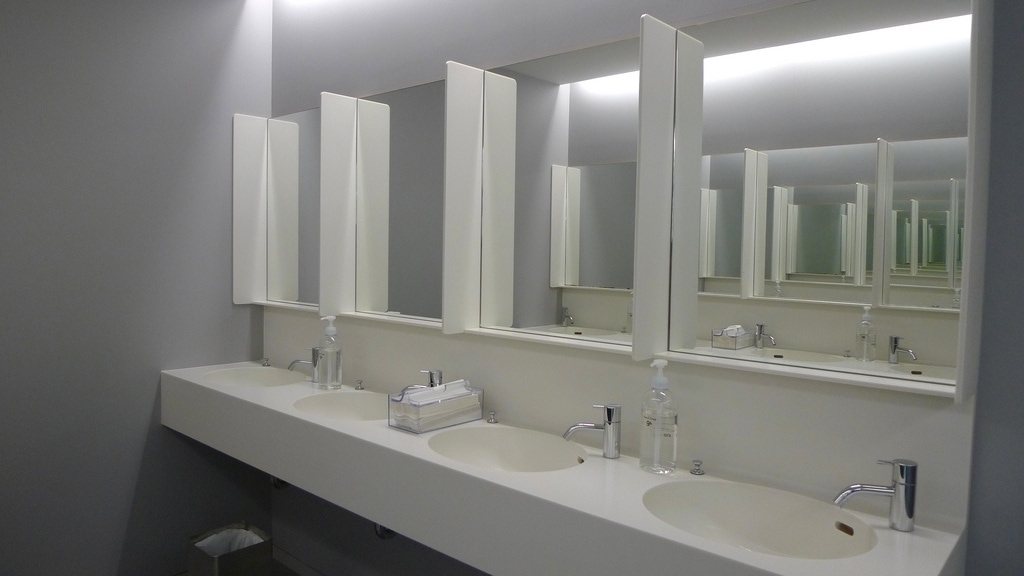 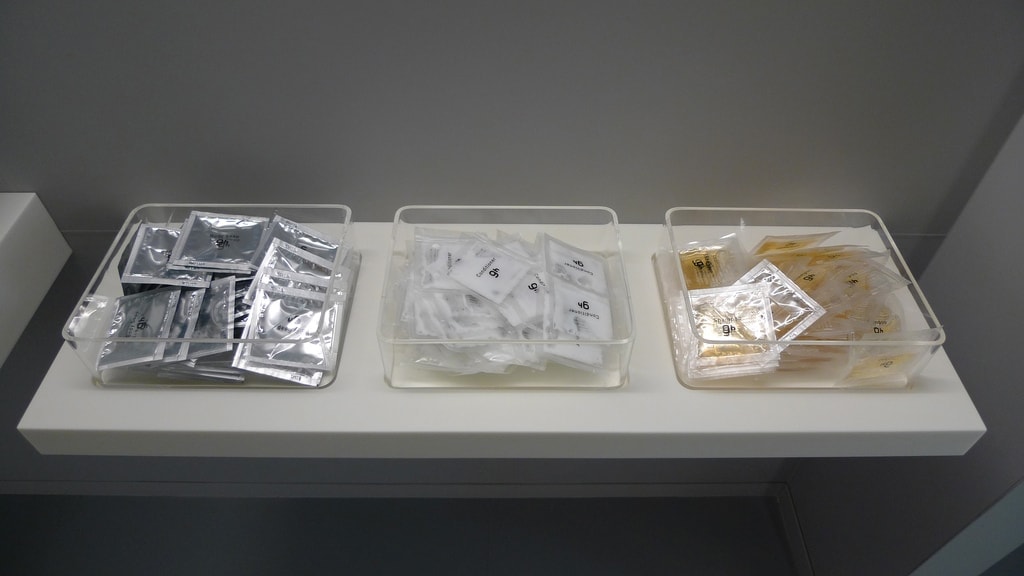 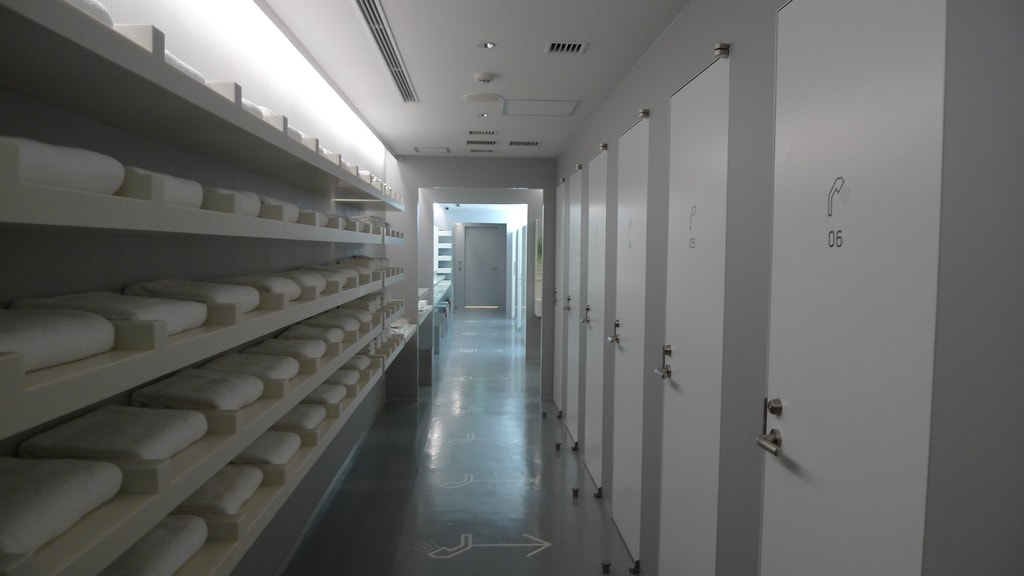 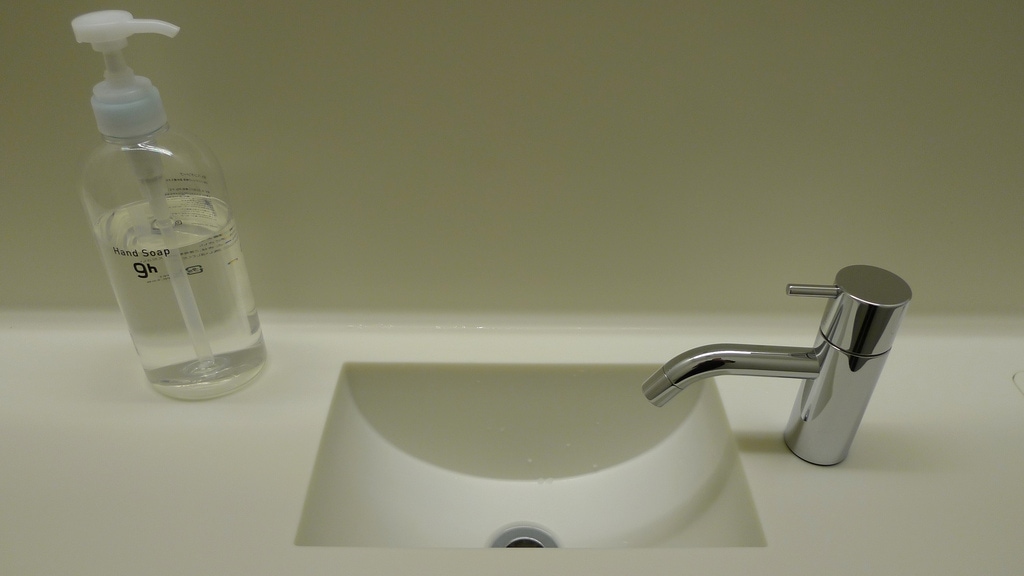 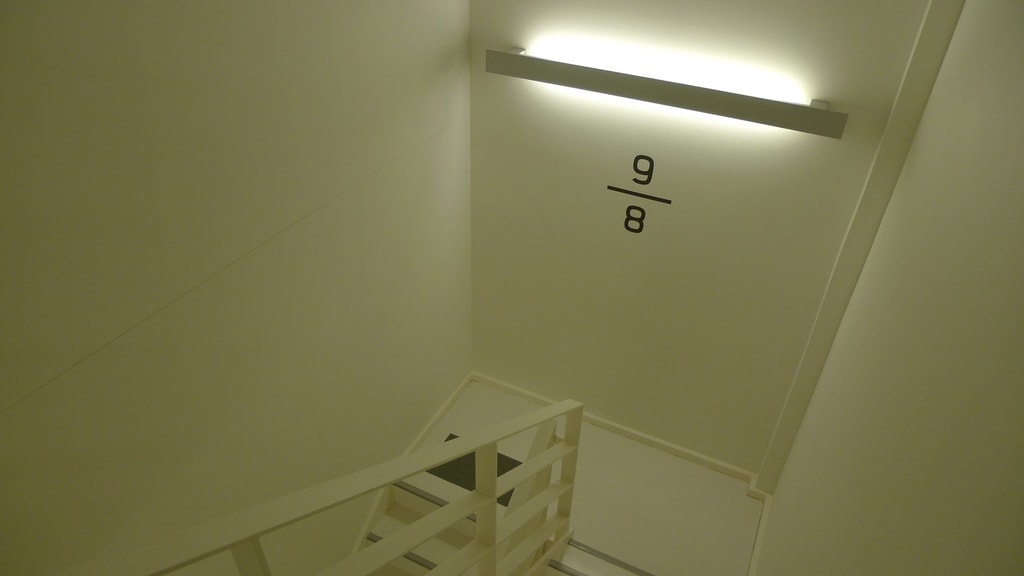 After washing you head down the stairs to your allotted sleeping floor. By this point I was convinced I’d entered a certain Stanley Kubrick movie. In stark contrast to the bright white everywhere else the only light on the sleeping floors came from the glowing capsules which are stacked two-high along one side of the corridor. 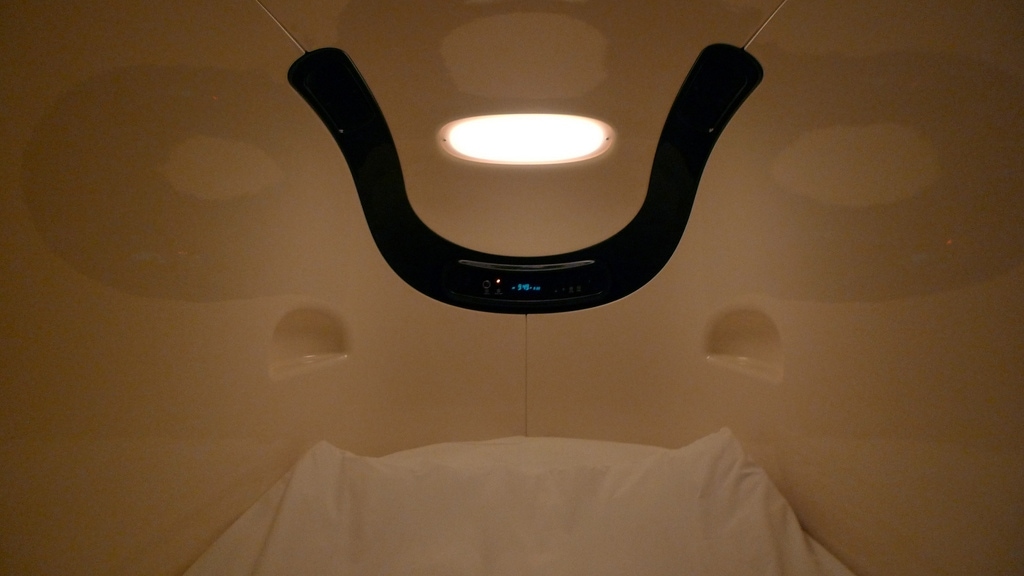 Inside the capsule the white moulded plastic shell is interrupted only by the ambient LED light and simple control panel. 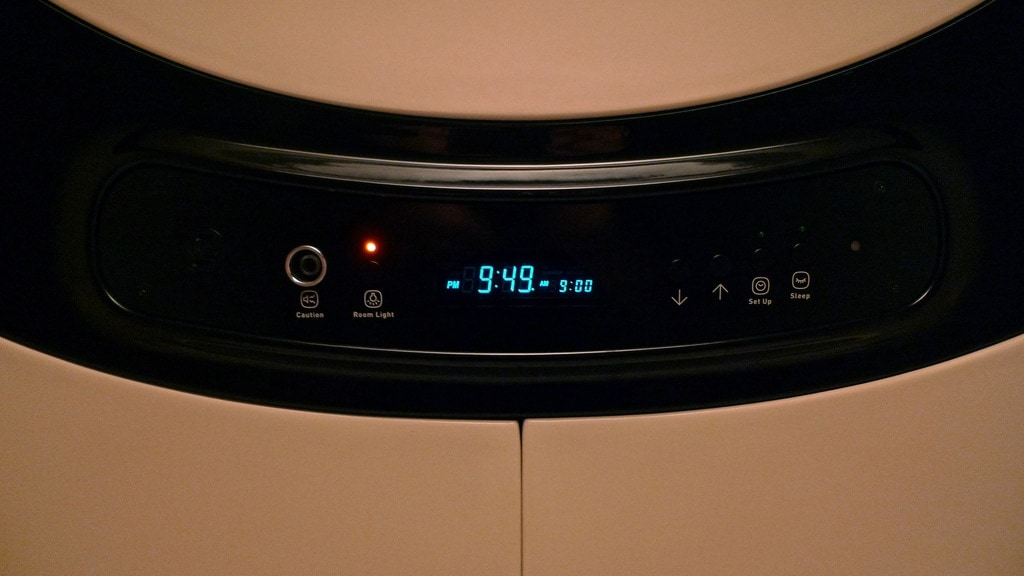 Created by Panasonic the alarm clock emits no noise and instead controls the light, slowly dimming when your ready to sleep, then gently rising like the sun at the time you determine to wake. 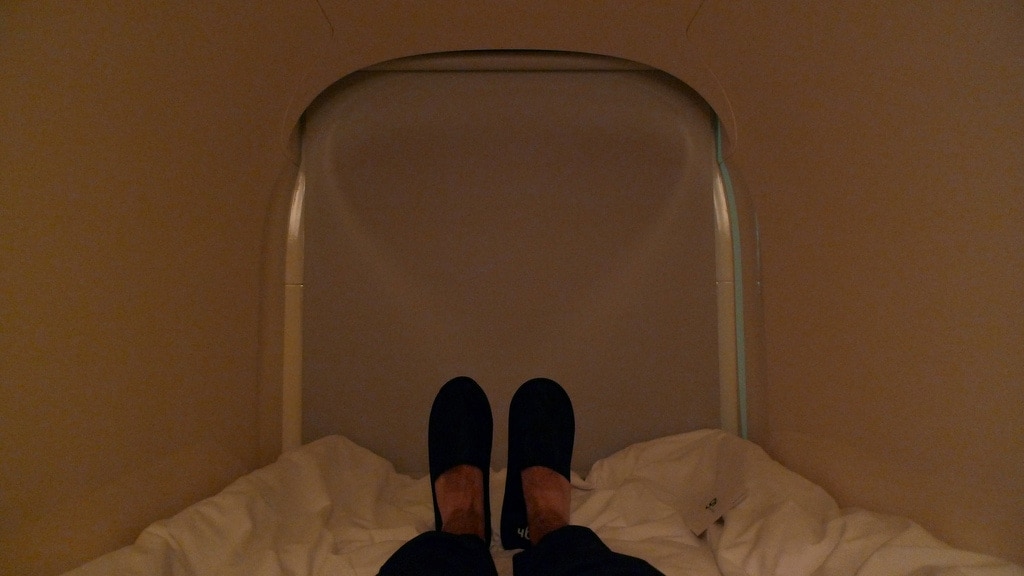 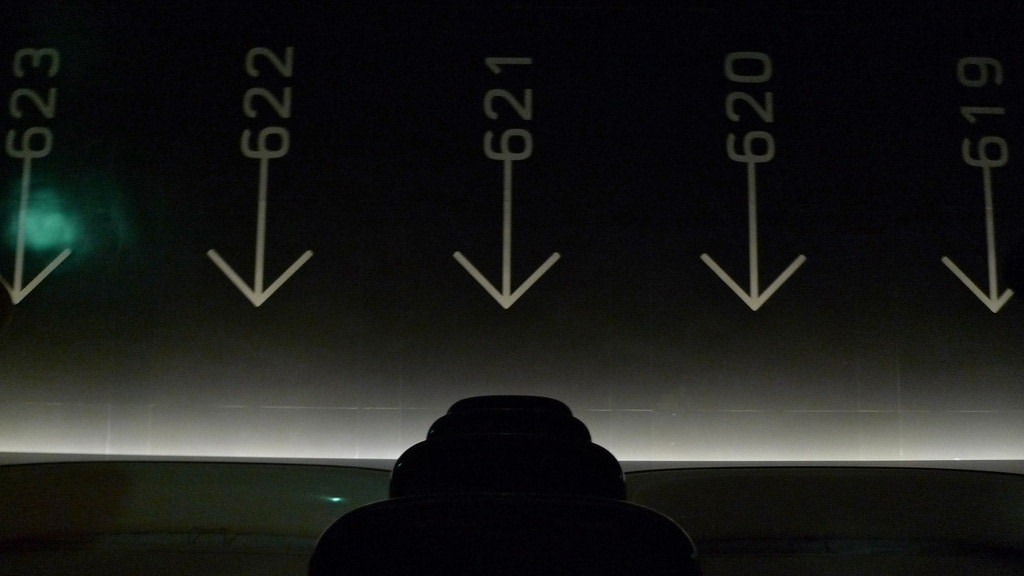 I’m a light sleeper who is easily disturbed by noise but I managed to sleep right through the night with interruption. I’m not sure if the capsules are soundproofed but they certainly seemed near silent. 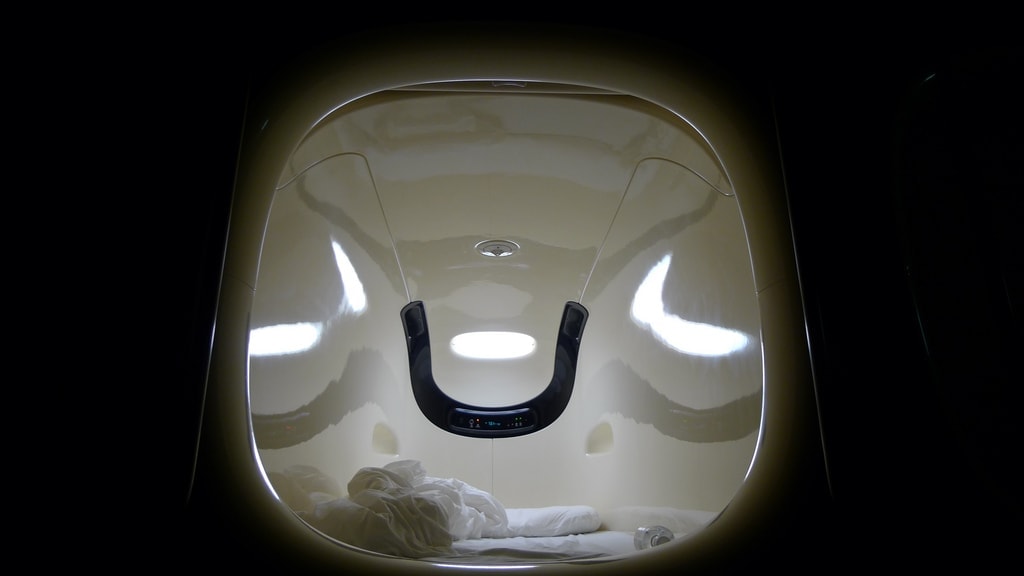 I can honestly say that I got one of the best nights sleep in the capsule that I’d had in a long time. Whether it was the feeling of enclosure or the gentle alarm system I’m not sure (perhaps a psychologist could provide some insights here). I quite fancy the lighting system for my bedroom. 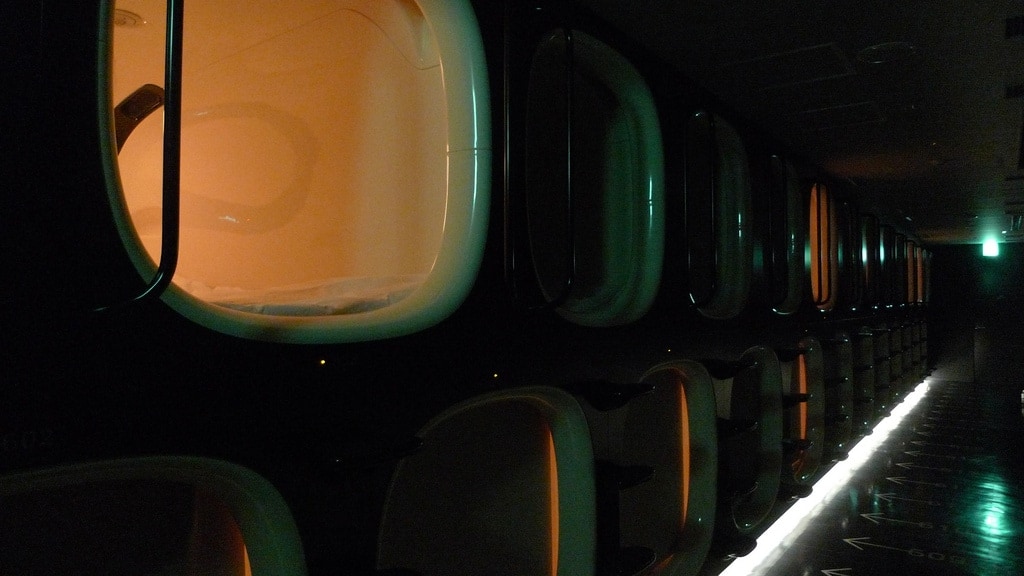 Booking a stay at 9 hours is simple through their website and I’d highly recommend it if you’re in the Kyoto area; it’s worth it for the sci-fi (verging on monastic) experience alone. Below are a couple of videos to give you more of a flavour of what’s in store.