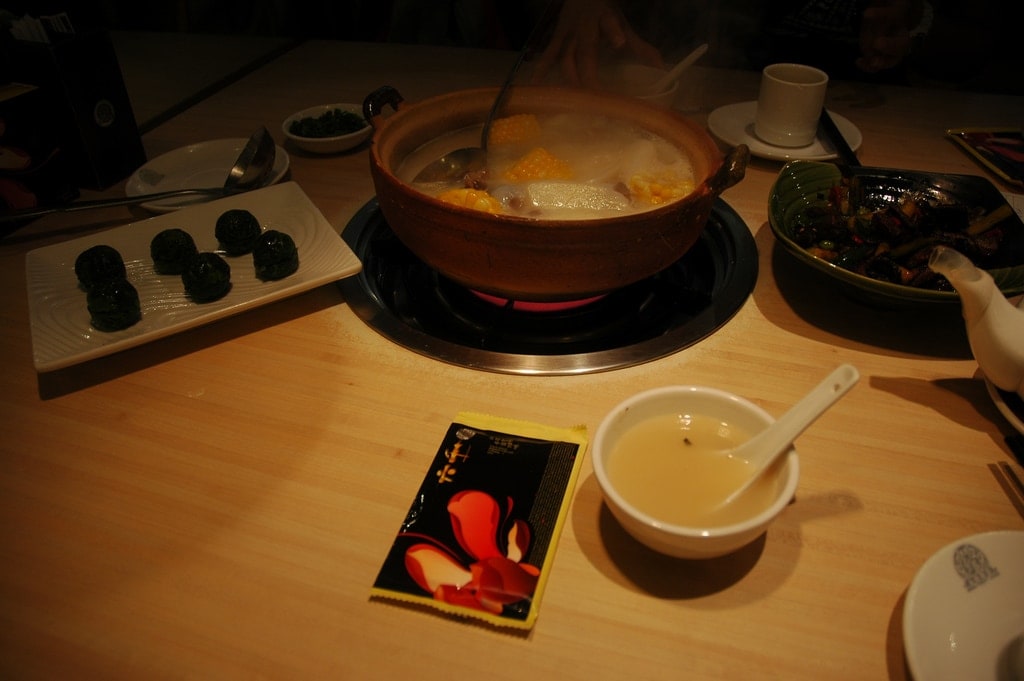 Yesterday for lunch I went to a restaurant called “6000 Flavours” which certainly lived up to it’s name judging by the voluminous menu. We had some special pork bone & sweetcorn soup along with fried eel and some curious vegetable balls containing a kind of mustard. The bones were cut in half and a straw provided so you could suck out the bone marrow which on the face of it is a bit disgusting but I gave it a go! 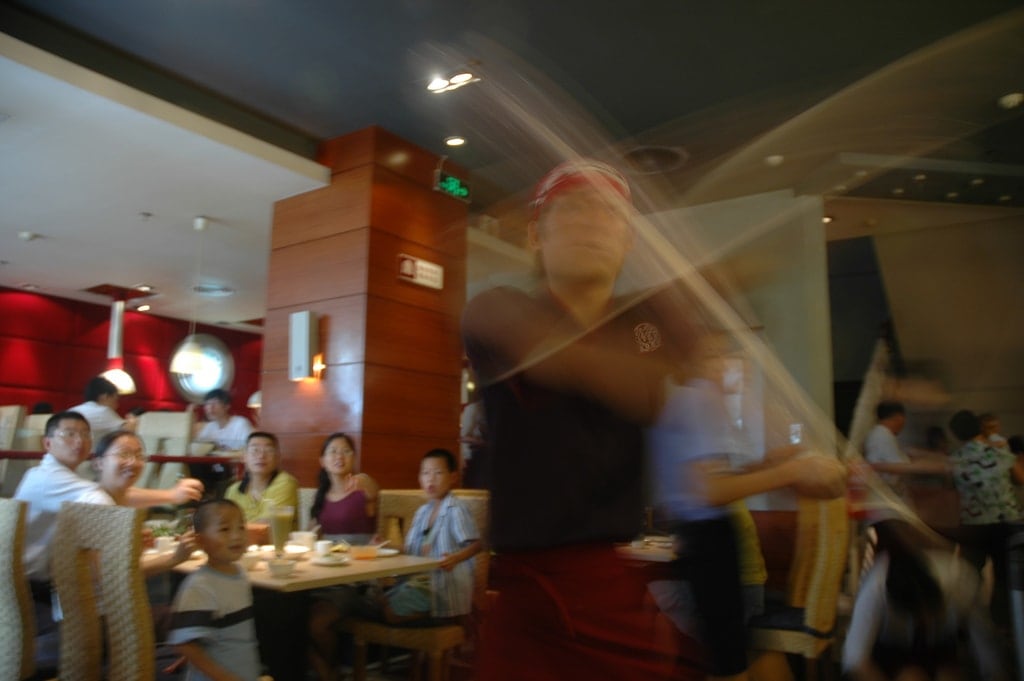 The fun bit came when we ordered fresh noodles – a waiter came over with a strip of some kind of dough and proceed to make them in front of us but swinging it vigorously around in circles. Even the locals enjoyed the performance & for once I wasn’t the the only person taking pictures of food! Once the noodles were of a suitable size they were cooked in the same soup pot. 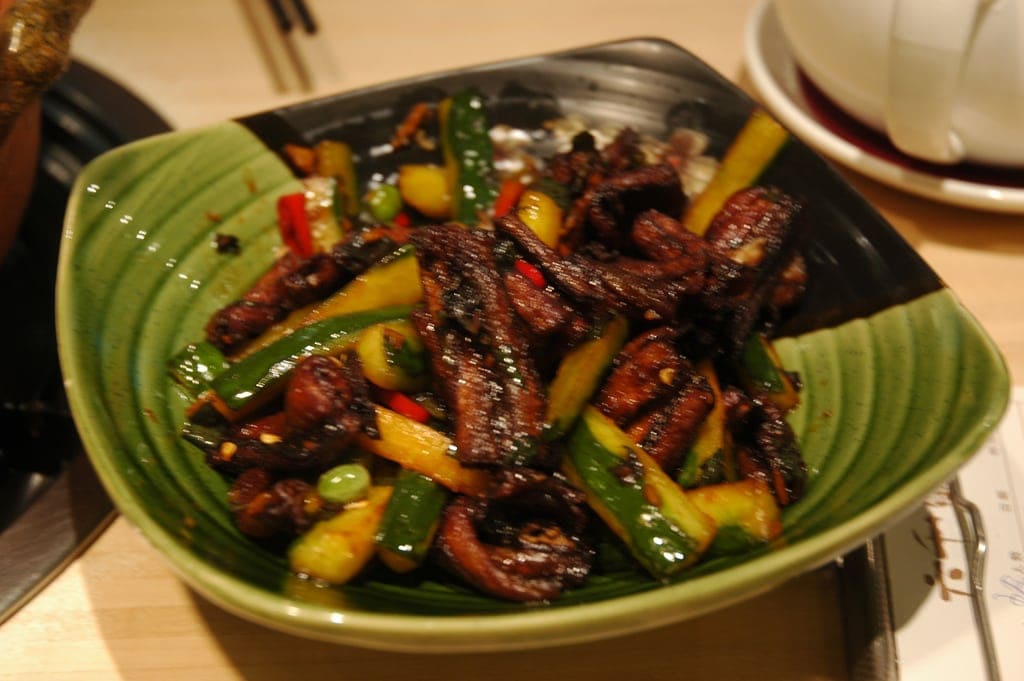 Above is the fried eel. It isn’t something I’d normally want to eat but this was delicious. Not rubbery or slimy as I had expected. My resolution is to try something new each day 🙂